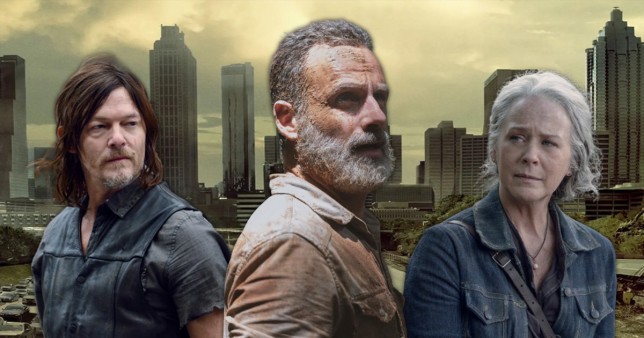 Will Rick Grimes return to The Walking Dead (Picture: AMC)

Rick Grimes was the leading man of The Walking Dead for the first nine seasons – until he was taken away and vanished without a trace.

Ever since then, fans have been wondering where the character, played by Andrew Lincoln, has gone, and what has become of him.

More importantly, will he ever return to his surviving friends in Alexandria before the final episode airs next year?

Here’s everything that we know so far about Rick’s fate – including any rumours about his return, and what that could mean for the rest of the group.

When and why did Rick Grimes leave The Walking Dead?

It’s been three years since Rick Grimes was last seen by the survivors – with the character’s final appearance being in season nine’s What Comes After, which aired in November 2018.

At the time, Alexandria had been in a war against Negan (played by Jeffrey Dean Morgan) and his team of survivors, triggered after the ruthless leader killed Abraham and Glenn with his barbed wire bat named Lucille.

However, as the leader of the survivors and still reeling from the loss of his son Carl (Chandler Riggs) Rick had attempted to rebuild a more civil and peaceful life.

Blowing up a bridge in a bid to stop Walkers from descending across their home base, Rick looked like he was dead – but was instead recused, and was taken away in a helicopter by a militia known as CRM (the Civic Republic Military).

After that, he hasn’t been seen by any of the survivors since.

What is the CRM?

However, they’re not exactly people to mess with, as this group of stealthy survivors proved to be the enemy in World Beyond. 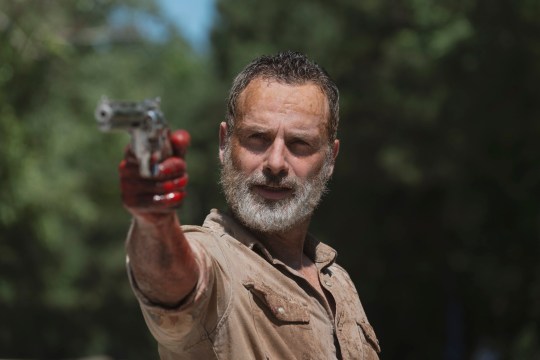 The character, played by Andrew Lincoln, brought the group together (Picture: Gene Page/AMC)

They are one of three integrated networks of survivors within the United States, and while finding supplies in their helicopter often bring back other survivors they find.

The CRM then categorise them as an A – someone with the ability to fight and/or lead, or B – someone who is injured and/or unable to fight.

When Rick was picked up, he was marked as a B.

What has Andrew Lincoln said about returning to The Walking Dead?

In September, Andrew gave a cryptic update about his return to the role.

Talking to Collider about his return, he simply said: ‘All I heard was, “Come back, Rick.” It was so moving. I turned around, and I just went, “We’re working on it.”

‘So that’s my answer to you, we’re working on it.’ 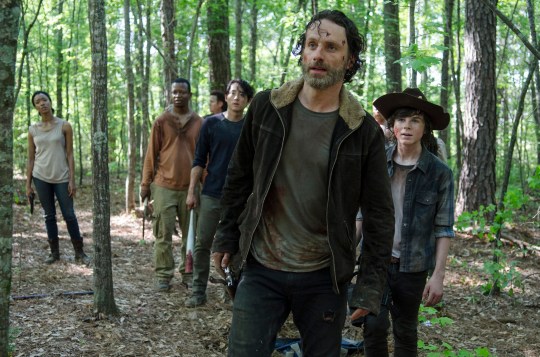 What’s become of the character after he left? (Picture: AMC)

Will there be Rick Grimes movies?

Yes – the creators of the show and the franchise have confirmed they plan on making a trilogy of Rick Grimes movies.

After plans were scuppered by coronavirus, it was revealed that the team plan to start filming the first in Spring 2021.

Speaking to Looper, show writer Scott M Gimple confirmed there might not be too much cross over between the movies and the original series, and said: ‘I’m just talking from a COVID-19 point of view, this big chunk of time we didn’t anticipate.

‘I think Robert Kirkman said it best: “We’re using this time to really go over it and really road test it and really consider all the different directions we’re going in.”

‘So, we’re still in the lab in some ways. We’ve done a lot of work on it, but we’re trying to perfect it at the moment.’

As a result you can likely expect the first installment in late 2022, or early 2023.