Ben Weston, played by Robert Scott Wilson, is one particular character on the long-running soap opera who has fans talking.

Days fans are curious to know whether the devil wins his fight against Ben and Ciara, which could lead to both characters leaving the show

Is Ben Weston leaving Days of our Lives?

Since 2014, Ben Weston has been a series regular on Days of our Lives.

His storyline during season 57 of the show is full of twists and turns.

This season, Ben is expecting a child with his on-screen girlfriend Ciara Brady, played by Victoria Konefal.

However, the devil appears as a foil for the couple as the entity possesses different characters to get closer to achieving it’s goal of possessing Ben and Ciara’s baby. 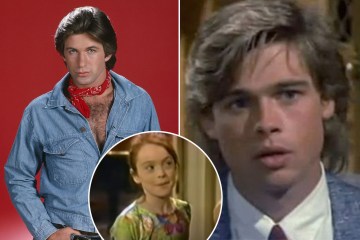 In April 2022, reports surfaced from media outlets that revealed Ben is rumored to leave the show.

Celeb Dirty Laundry claimed they received information from inside sources who confirmed that not only Ben is leaving, but Ciara as well.

The website further claimed that Robert Scott Wilson and Victoria Konefal already filmed their exit scenes from the series.

This news led fans to speculate on social media whether or not the reports or accurate, as well as take guesses on whether the devil will succeed in possessing Ben and Ciara’s child.

most read on days of our lives

“Seriously, They need to give up, Neither of them are leaving & I guess they didn’t here The News about Season 2 #DaysBeyondSalem though!!! #DAYS”

While a second fan tweeted: “Ben killing Abby while possessed wouldn’t necessarily mean that he’s leaving the show. I think using ‘the devil made me do it’ card would be a lame ass excuse, but I could see it working for him. #Days.”

“If the rumors are true that Ciara, Ben, & Abigail are leaving @nbcdays. Then they need to bring back Stephanie, JJ & cast Joy Wesley,” said another fan.

Who is Ben Weston?

When Ben Weston was originally introduced to the residents of Salem, Illinois, he was portrayed by Justin Gaston.

Justin was then replaced by Robert Scott Wilson sometime in 2014.

Ben’s ties to the characters involve his former love interest, Abigail, and his sister Jordan Ridgeway.