AN estimated two billion people watched from their screens as Prince William and Kate Middleton tied the knot on April 29 2011.

But just a handful of celebs were actually invited to the big day. Here, we look at the lucky lot that made the cut. 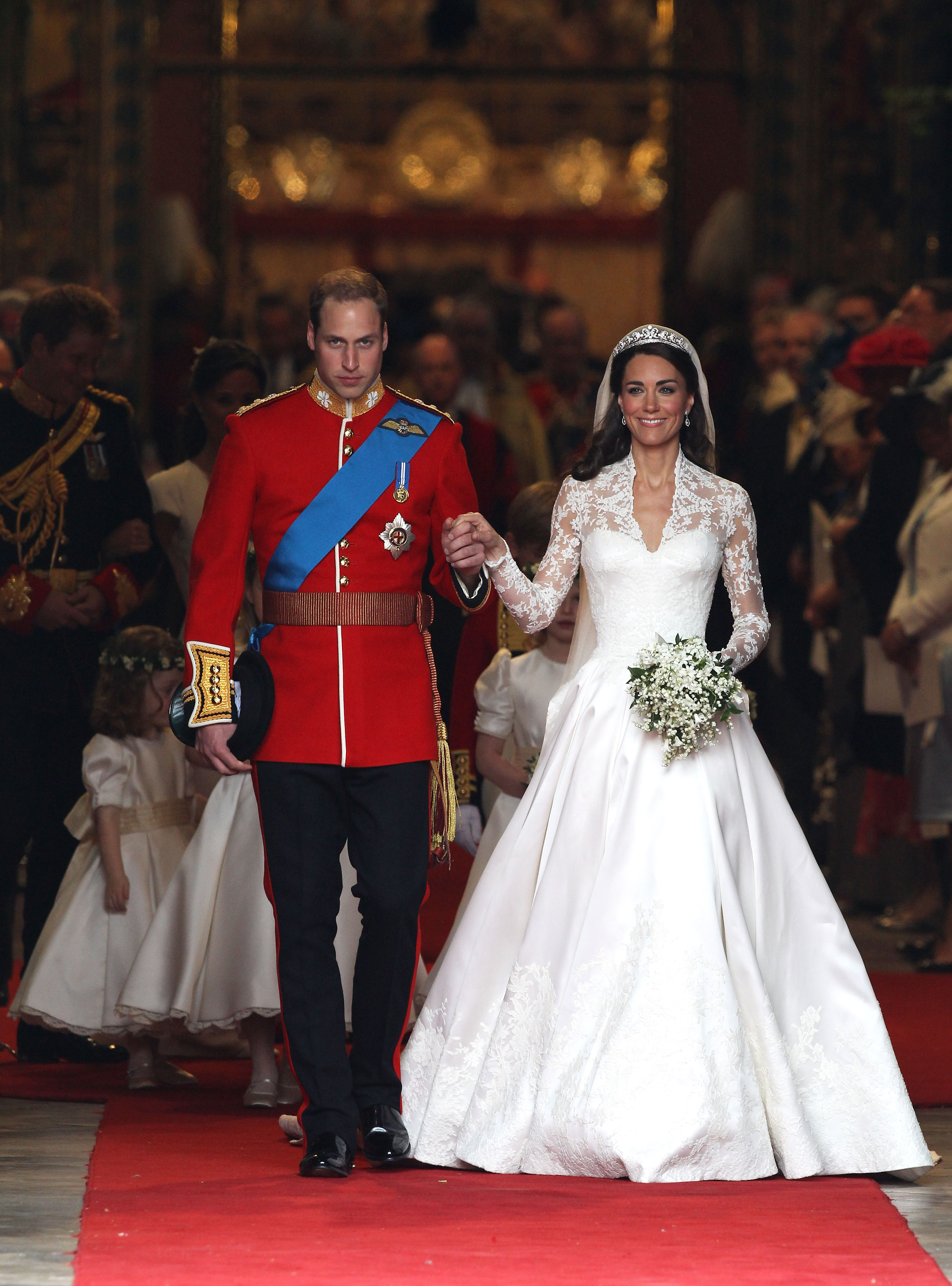 When Prince William and Kate Middleton got married ten years ago, a selection of A-listers found themselves on the guest listCredit: Getty

HOW they bagged an invite: As the president of the Football Association, Wills got to know Golden Balls through the world of footie and they also worked closely together on London’s Olympic bid in 2007.

Victoria, 46, later became chummy with Kate after sending her a collection of VB dresses to wear. 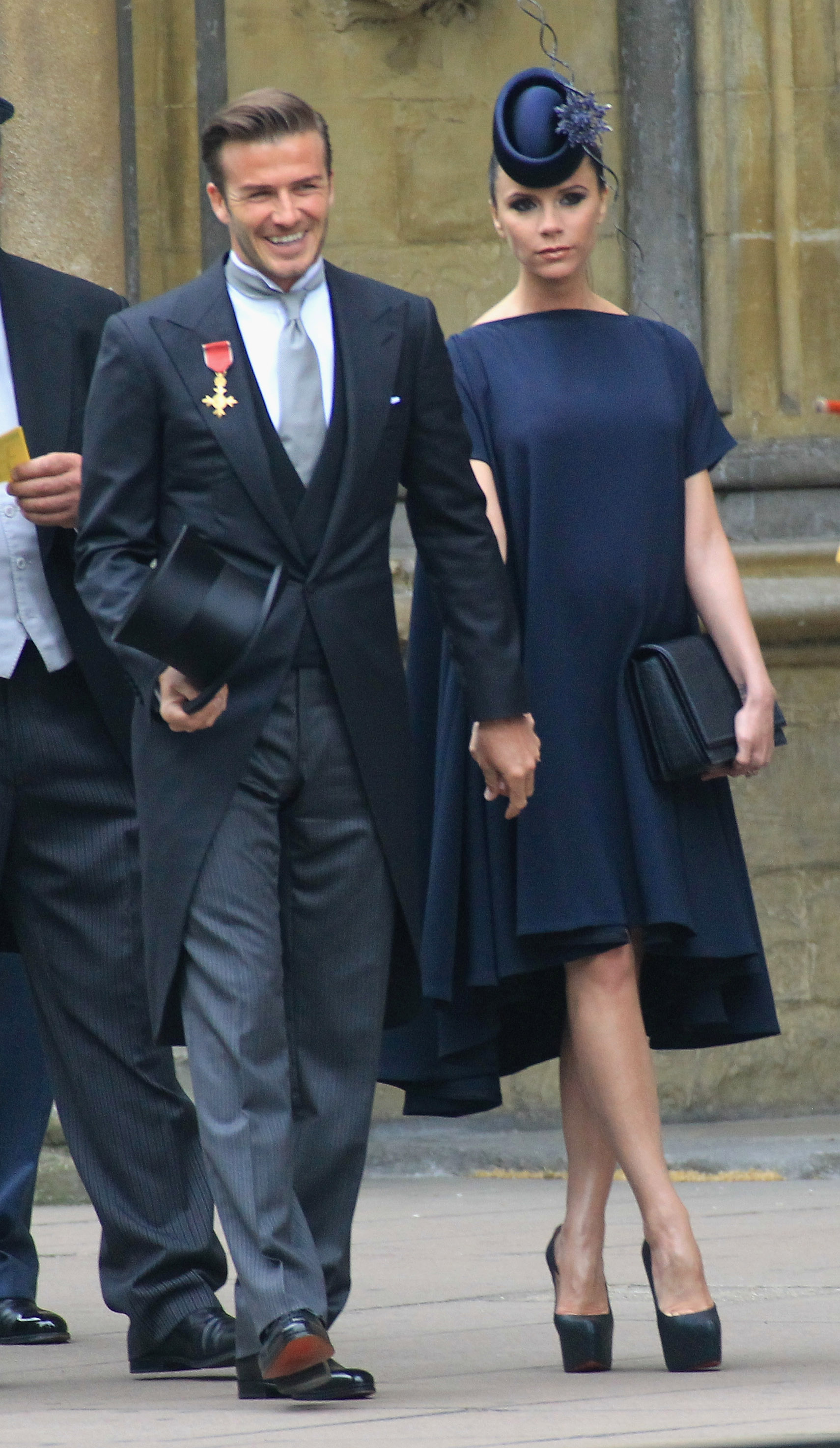 What they wore: She might have been six months pregnant with daughter Harper Seven, but VB still attended Westminster Abbey looking as sleek as ever in towering Louboutin heels, a Philip Treacy pillbox hat and a dress of her own design (obvs) that just grazed her bump.

Still friends? The groom and Becks continue to be close pals, with William recently inviting the footie legend on to the Royal Family YouTube channel to discuss all things mental health for his Heads Up campaign.

HOW she bagged an invite: Much like Prince William, Joss, 34, considers herself a dedicated philanthropist and so when they met at a Prince’s Trust fund-raiser in 2005, they really hit it off.

What she wore: You couldn’t have missed Joss at Westminster if you tried. 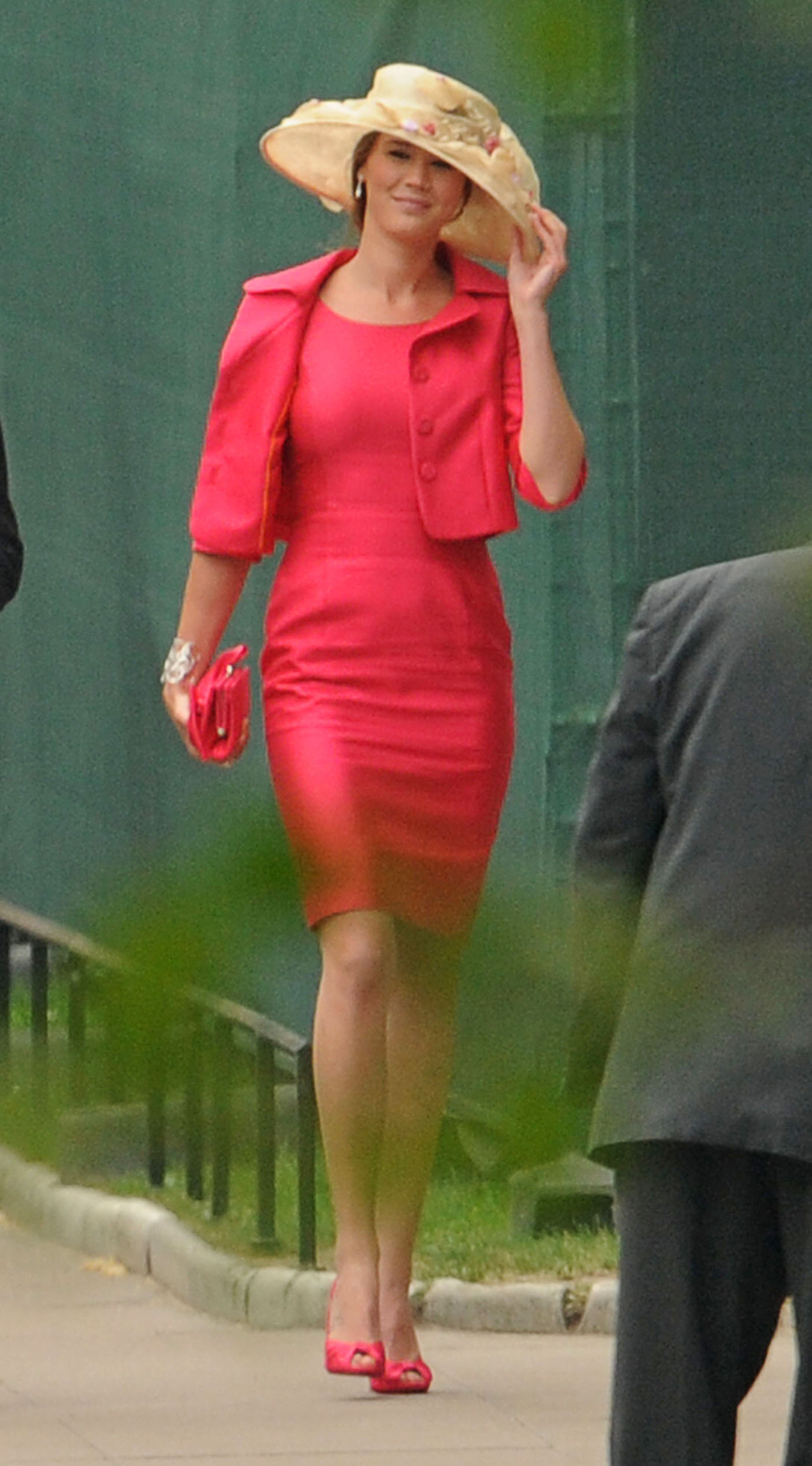 The Super Duper Love singer wore a bright fuchsia dress (rumoured to be a high-street number from Hobbs) with a matching cropped jacket, accessorised with a wide-brimmed straw hat adorned with flowers of the same colour. Hello!

Still friends? Their friendship appears to be going swimmingly, and Joss hit her second royal wedding of the decade in 2018, when she attended Harry and Meghan’s big day.

HOW they bagged an invite: Ben, 47, met the future king through Marina, 42, whose family have moved in royal circles for years.

Her sister Olivia Hunt even briefly dated William at university, until he met a certain someone else… 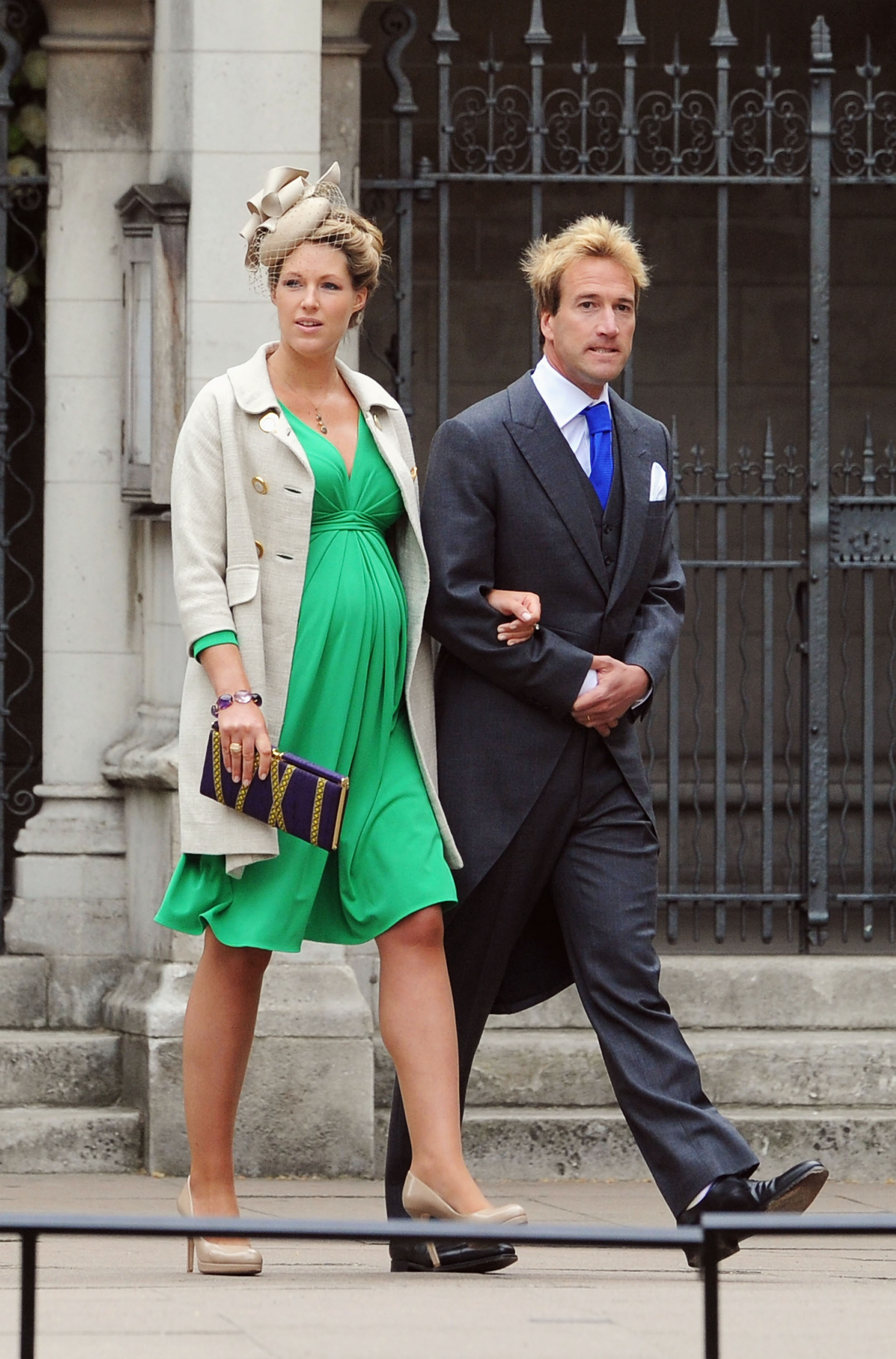 Ben and Marina bagged an invite, but it’s rumoured the couple aren’t quite as close with the royals any more

What they wore: Marina was seven months pregnant on the day and glowing in a bright-green, knee-length dress with a mac coat and netted fascinator.

Ben looked great in a grey three-piece with striking royal-blue tie (although he seemed to have mislaid his comb that day).

Still friends? Perhaps not so much. It’s rumoured that William might be trying to distance himself from Ben and Marina, due to the TV presenter/adventurer dropping one too many mentions of the royals in the media.

HOW they bagged an invite: Sir Elton, 74, has a long history with the royals, from performing at Prince Andrew’s 21st birthday to his friendship with Princess Diana, forged in the AIDS crisis.

He sang a special version of Candle In The Wind at Di’s funeral, and the bond continues with her sons. 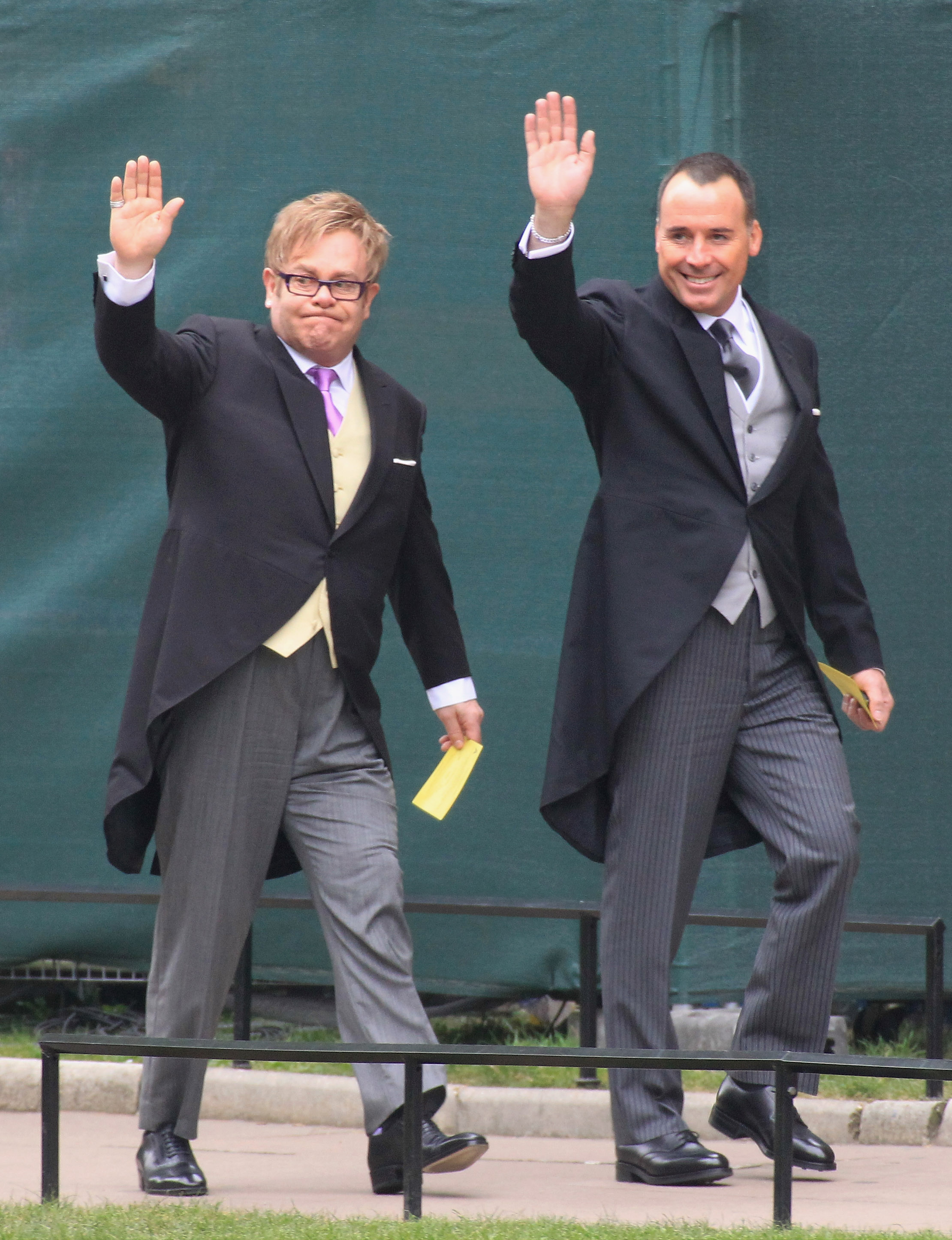 What they wore: He may have looked more understated than usual in a bespoke three-piece morning suit by Savile Row designer Richard James, but Elton did still flash a pop of colour with his gold waistcoat and quirky purple tie. Husband David, 58, also wore a trim morning suit to match.

Still friends? Absolutely. He said of William: “To see him walking up the aisle with a beautiful woman, the love of his life… I’m sure Diana would be very, very happy about it.”

He also attended and performed at Harry’s wedding to Meghan Markle in 2018.

HOW he bagged an invite: Big-time director Guy, 52, was a guest on the bride’s side, thanks to being a sixth cousin to Kate.

What’s more, the two are said to be pretty close, as extended family goes. Guy’s partner Jacqui Ainsley was also invited, but couldn’t make it due to being heavily pregnant. 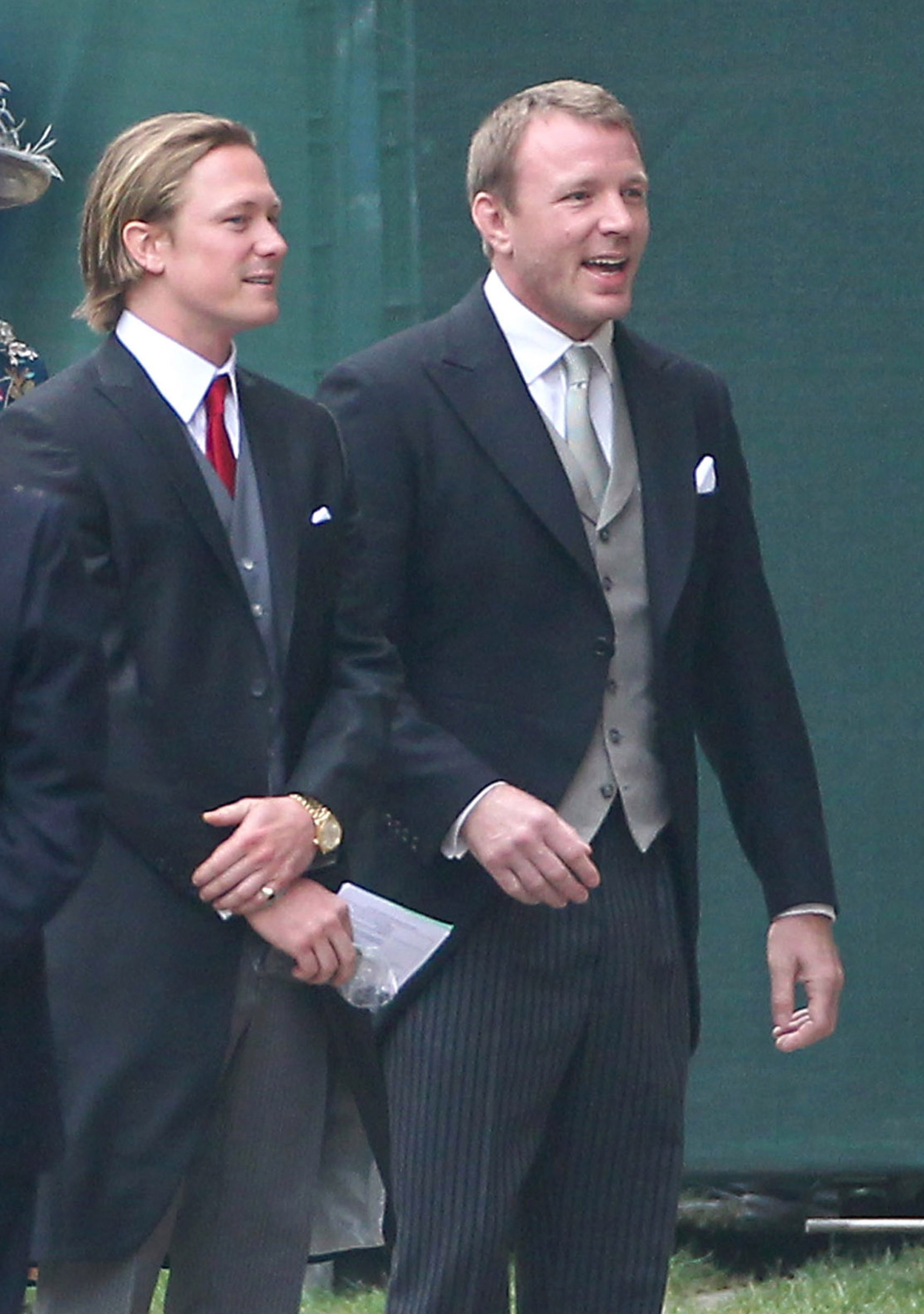 Guy Ritchie was a guest on the bride’s side, thanks to being a sixth cousin to Kate

What he wore: Guy looked on point in a smart morning suit with a fitted grey waistcoat.

Still friends? They are, of course, still family – however, Guy and Kate haven’t been spotted together since the wedding.

HOW they bagged an invite: Just how did Mr Bean end up at the royal wedding? According to the official guest list, he is a “close friend” of Prince Charles.

Rowan, 66, and Charles met via their work for The Prince’s Trust – Rowan is also one of the few celebs who attended Charles and Camilla Parker Bowles’ wedding back in 2005. 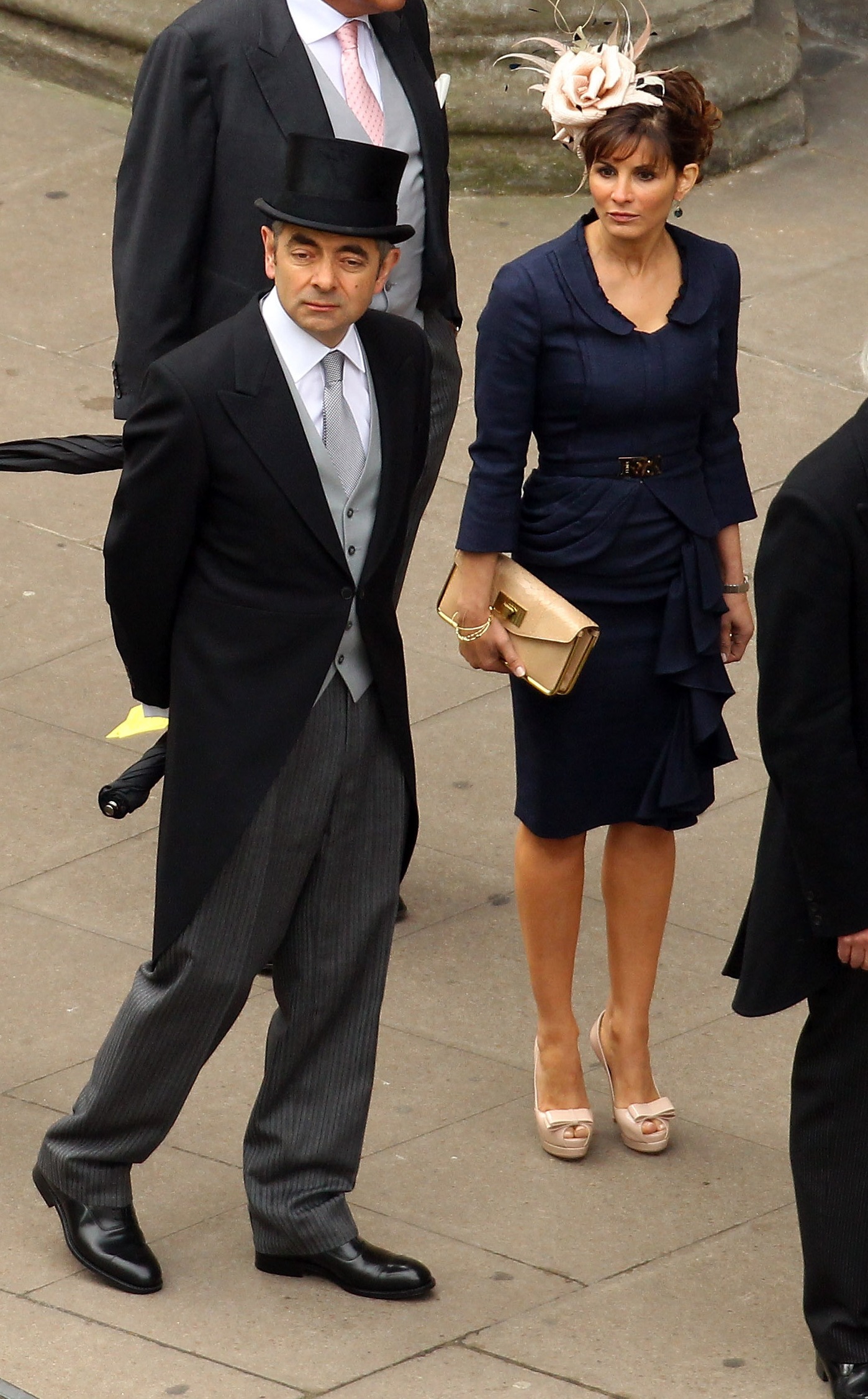 According to the guest list, Rowan Atkinson is a ‘close friend’ of Prince Charles

What they wore: He’s not known to be a fashion icon, but Rowan did wear the appropriate tails, and a dashing top hat. Wife Sunetra, 63 – who he split from in 2014 – wore a fitted navy suit dress with a Jane Taylor fascinator. Fancy.

Still friends? Unclear. Prince William starred in a Blackadder spin-off for the BBC’s Big Night In last year – but Rowan wasn’t even on it!