IF there was one celebrity we could swap wardrobes with, it would be Holly Willoughby. Simple. No questions asked.

The mum-of-three has perfected the art of smart-casual dressing with her This Morning wardrobe. 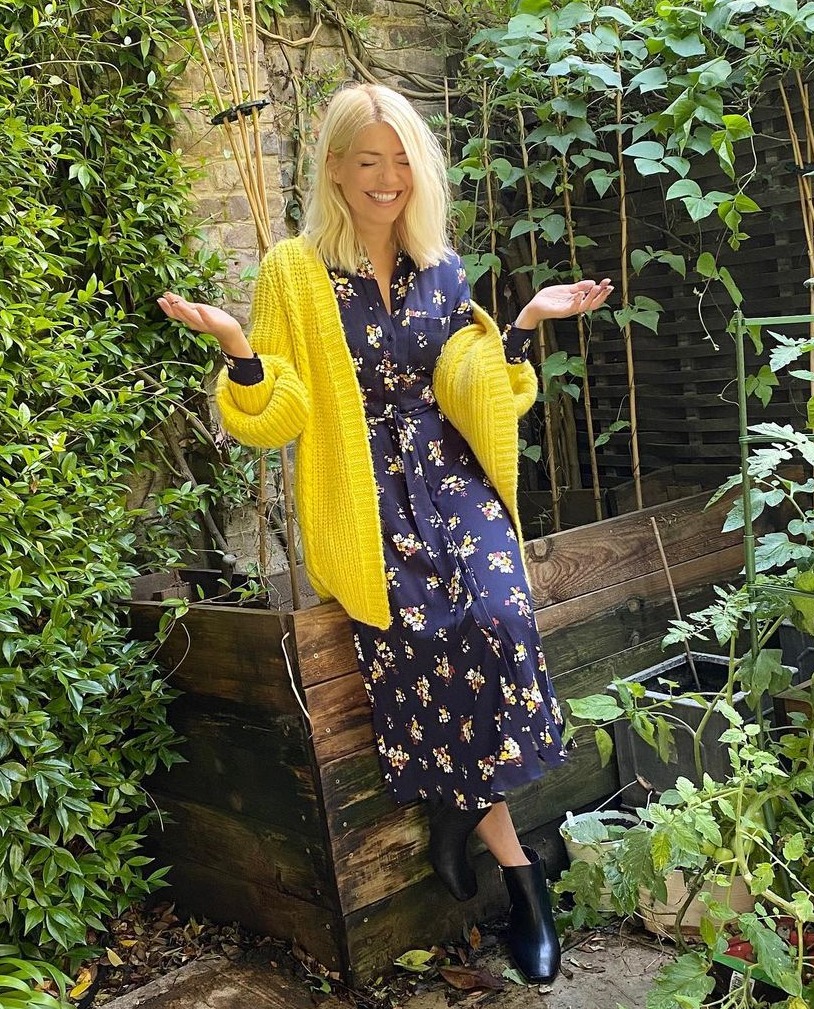 Holly Willoughby posted this photo her 11-year-old son Harry took in the garden of her London homeCredit: Instagram

But on her off-duty days, the 39-year-old star is much more relaxed with her styling – while also remaining effortless glam.

Having collaborated with M&S on several clothing collections, it’s hardly surprising that Holly is a big fan of the brand – particularly their floaty dresses.

However, you can also catch the busy mum chilling in her Levi’s while doing a spot of gardening or using her social media platform to promote an important charity T-shirt.

Here Fabulous Digital takes a dive into Holly’s weekend wardrobe – and we’re warning you now, it might make you want to snap up the lot. 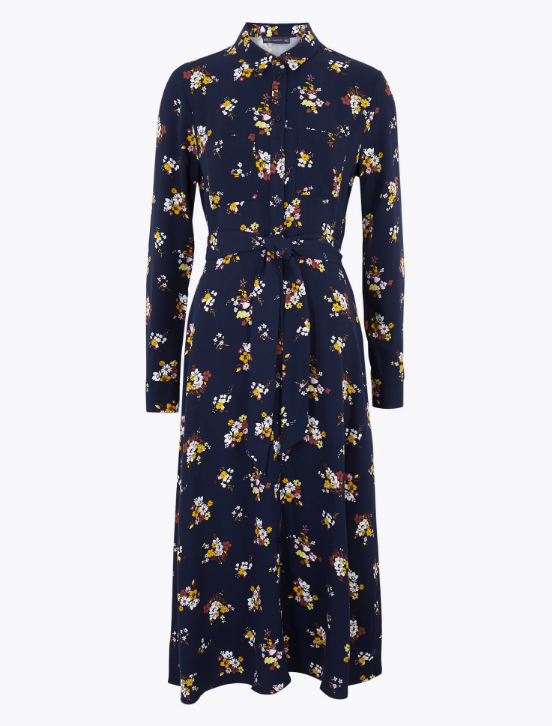 Holly’s floral midi shirt dress has been reduced to £27 in the saleCredit: M&S 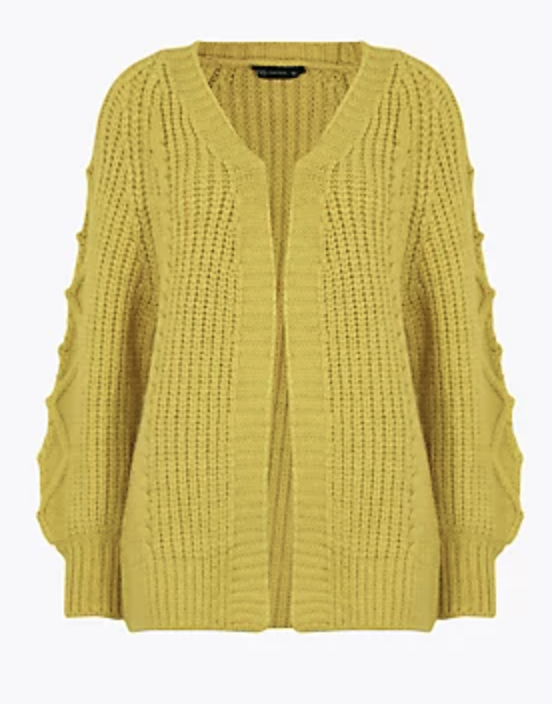 Her chunky yellow cardigan is a reasonable £35

In September, Holly gave her 6.9m Instagram followers a glimpse inside the garden of her £3m London home.

She wrote: “Autumn is here and the garden vegetable patch is looking a little unruly! The tomatoes (except for one) never went red.”

For a chilled out day at home with her three children, Holly opted for M&S’ floaty floral shirt dress which has been reduced to just £28 in the sale.

She finished off her look with a £35 chunky yellow knit cardigan and black leather zip up boots. 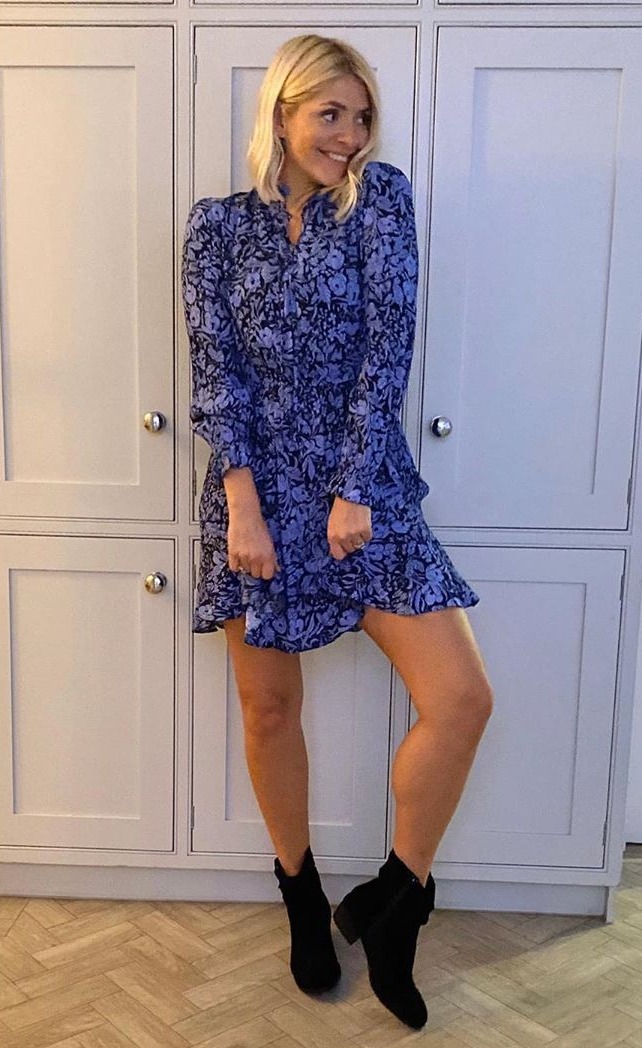 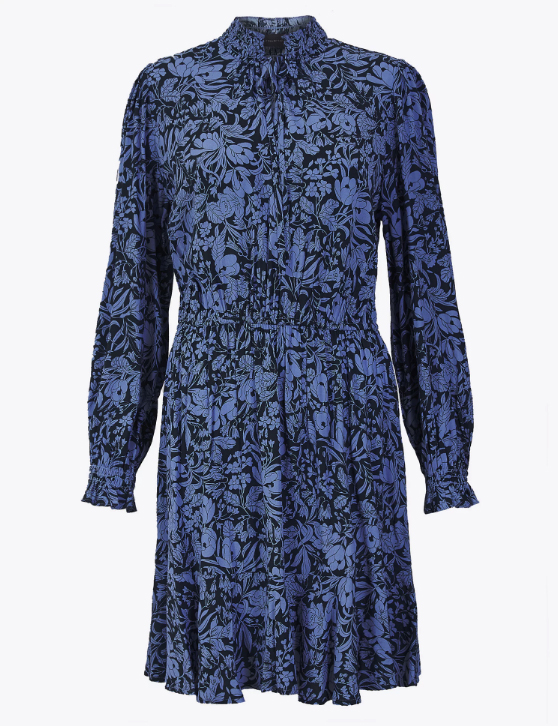 Earlier this year, the star modelled another budget-friendly £30 M&S dress at home and it was an instant sell-out.

Pairing her paisley mini dress with some heeled black boots, she captioned the image: “Something blue to brighten up a grey old day!” 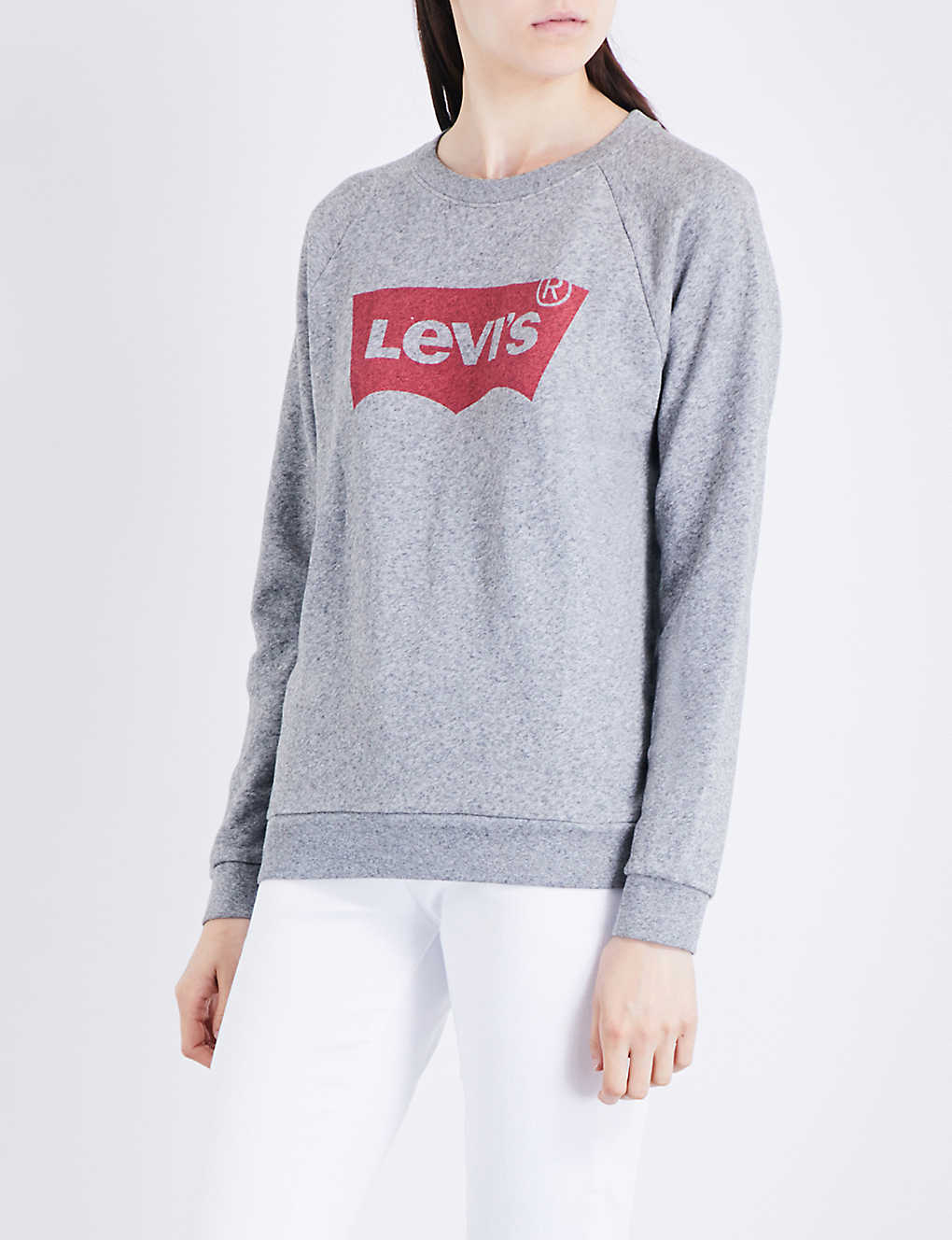 Holly already proved herself to be a keen gardener – and while planting some potatoes in April, the star wore a comfy cotton Levi sweatshirt.

The star paired her £55 top with some camel leggings and wellies while keeping her hair out of her face with a polka dot hair band.

What’s more, the American brand is one of Holly’s favourites and she was pictured wearing one of their £25 grey t-shirt in September. 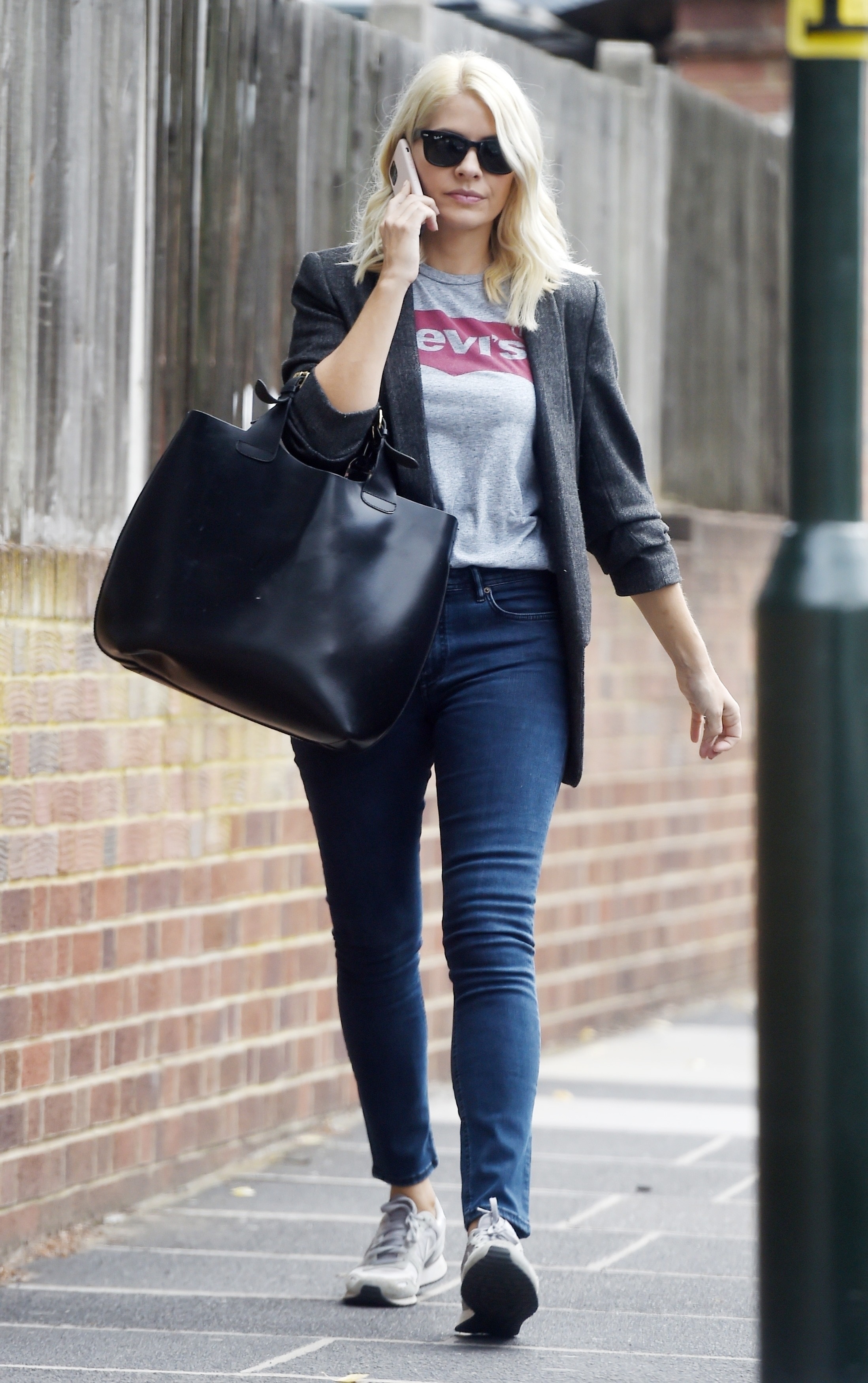 Holly was pictured in the Levi’s top in SeptemberCredit: BackGrid

Holly pictured in the comfy t-shirt with skinny jeans, trainers and blazer while running errands in London.

Clothes with a cause

With 6.9m Instagram followers and counting, there’s no denying that Holly is a social media force to be reckoned with.

Last month, the mum shared a selfie she took at home in front of her laptop. 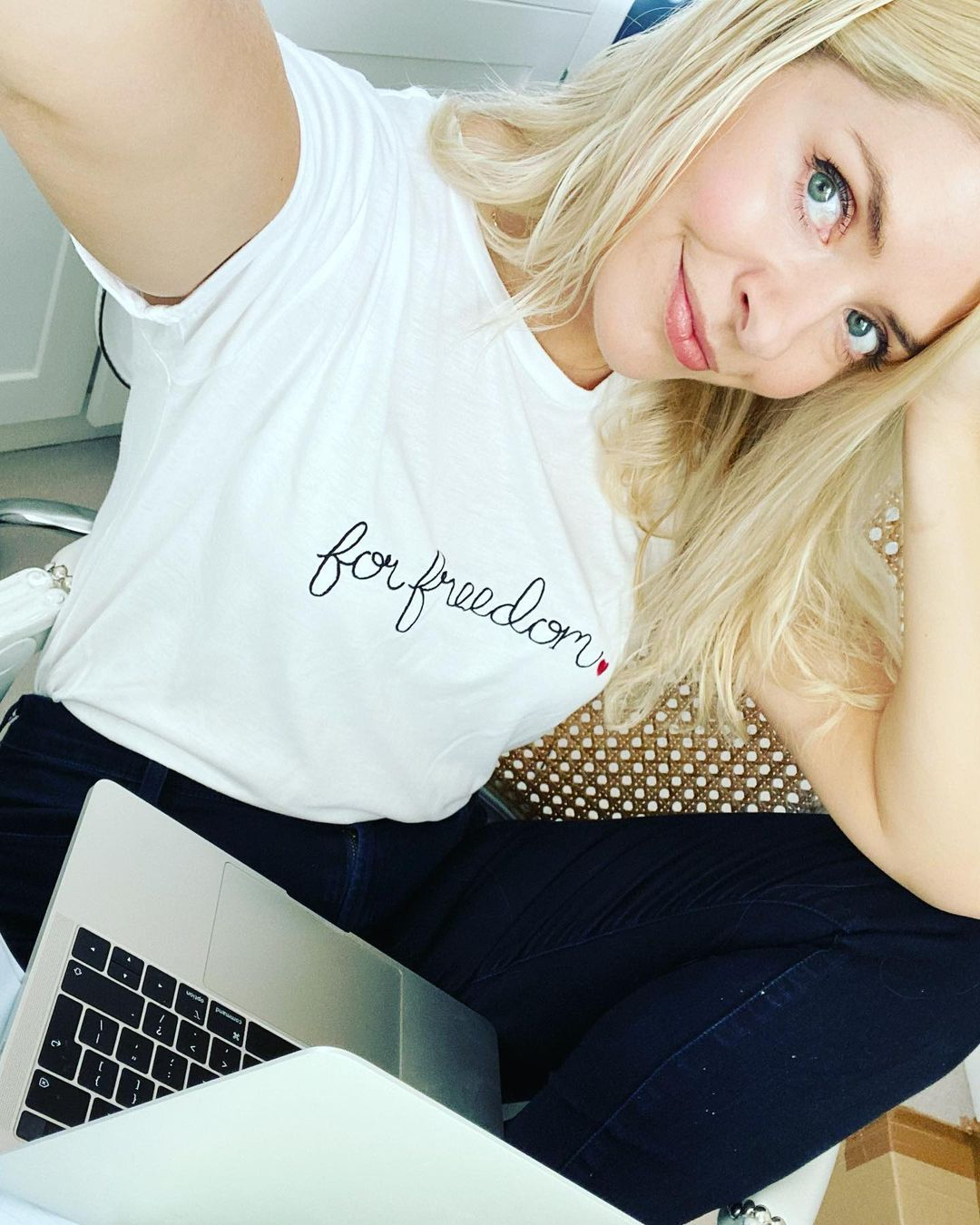 Holly encouraged her followers to buy this charity t-shirtCredit: Instagram 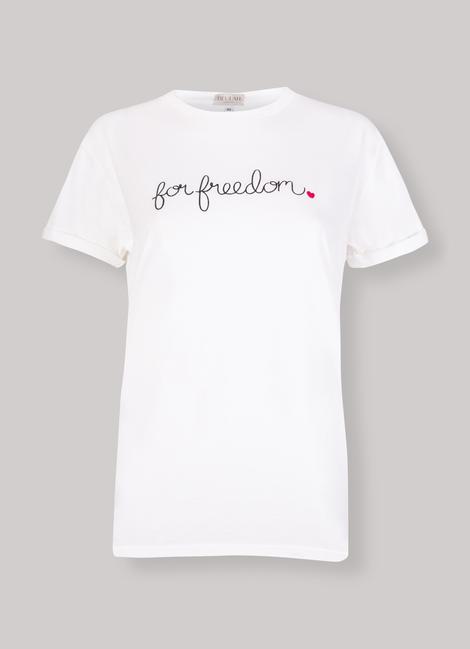 10 per cent of the profits from this T-shirt go towards charities which empower womenCredit: Beulah

In the casual picture, the stylish star modelled a £60 charity T-shirt which had been designed for Anti-Slavery Day.

According to the product description, the For Freedom top has an ethical and traceable supply chain and the “embroidery and garment finishing processes provided a fair wage to migrant working women in one of London’s poorest boroughs”

The star paired the simple T-shirt – which featured a red heart – with some indigo skinny jeans and styled her hair in her signature loose waves.

For more celebrity stories, Kelly Brook told Fabulous that “some of the skinniest times of her life were the most miserable”.

And Love Island star Anna Vakili revealed she had a boob job to feel sexy but it just left her feeling numb.

Plus we revealed what celebrities’ homes REALLY say about them & why Stacey Solomon’s cosy pad is proof she’s a devoted mum.