The trio, known as the “three Ts” have been filming on their sofa in Bristol since series 8 with Tremaine on the left, Twaine in the middle and Tristan on the right. 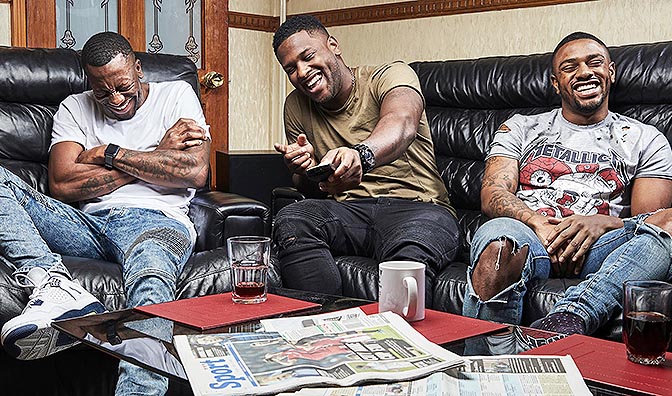 Tremaine (L), Twaine (M) and Tristan (R) have starred on hit channel 4 show Gogglebox since 2016Credit: (Channel 4 images must not be altered or manipulated in any way) This picture may be used

Over on Instagram, the three brothers have each garnered a loyal following of their own and regularly showcase a glimpse inside their VERY glam lives.

Their grids are littered with dozens of snaps from lavish holidays to Dubai, Thailand and Jamaica while they all post fashion OOTD shots to show off their pricey wardrobes.

Gogglebox stars aren’t exactly showered with rewards for putting in the hours on the show and The Sun recently revealed they get £1,500 a month per family plus a free takeaway.

So it’s no surprise that the couch potatoes also hold down full-time jobs – the sport-mad Plummer brothers clearly earn very well, according to their glam social media accounts. 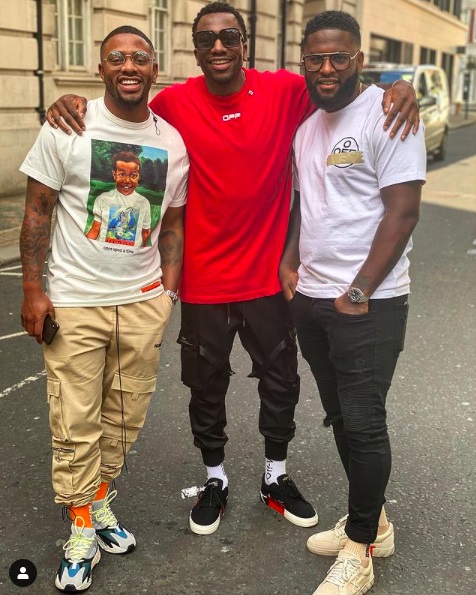 The brothers have garnered a following of their own on Instagram Credit: @trem_vi / instgarm 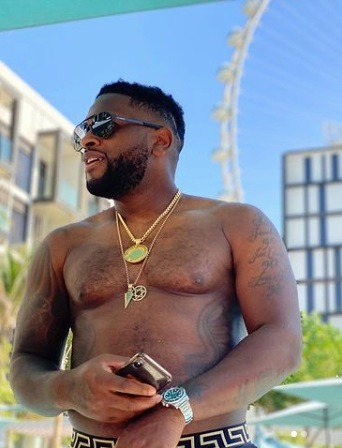 Twaine posed up a storm while holidaying in Dubai, flashing an expensive Versace watchCredit: @twaineaplummer / instagram 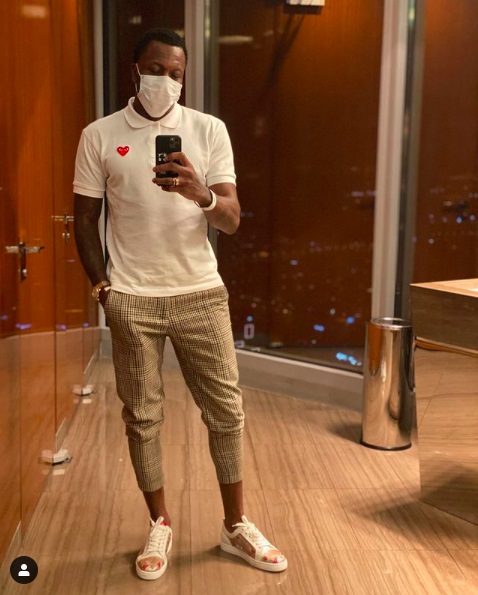 Tremaine took the opportunity to take a snap while visiting the Burj Khalifa in DubaiCredit: @trem_vi / instgarm

Tristan played football for Championship club Bristol City between 2007 and 2010 while Twaine played for Bradford Town and Tremaine hosts a breakfast show on Bristol’s Ujima FM.

But on social media the brothers show off their love of designer clothes, swanky holidays to celeb hotspot destinations and glam dinners that look expensive.

Tremaine Plummer, who confesses he is a “part-time poser” in his Instagram bio, recently shared snaps of his lavish escape as he jetsetted to Dubai and ditched covid-stricken UK.

Joining many of our favourite celebrities that are currently living their best lives in sunny Dubai, the brothers holidayed in the hotspot. 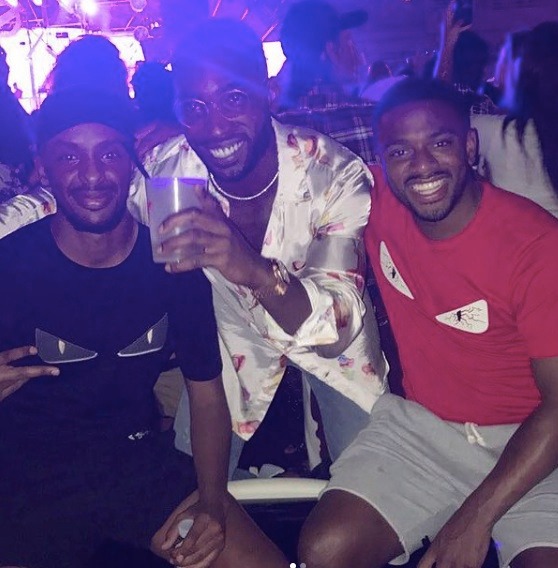 Tristan posted a snap with his brother and singer Tinie TempahCredit: @trissy101 / instagram 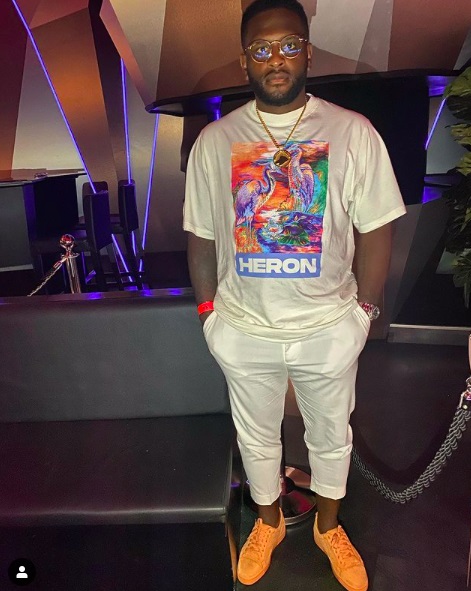 Twiane flashed a pair of Louboutins on his feet Credit: instagram/ gogglebox / @Goggleboxbros

They were pictured sipping cocktails in some of the country’s most lavish bars, eating food at expensive restaurants and dancing the night away at some of the best night clubs.

Posting a string of snaps in lavish settings, Gogglebox star Tremaine shared a photo from the tallest tower in the world at the swanky Burj Khalifa with his 4,000 Instagram followers.

The Burj Khalifa – is the world’s only seven-star hotel, and it has attracted a range of global stars over the years including model sisters, Gigi and Bella Hadid as well Justin Bieber. 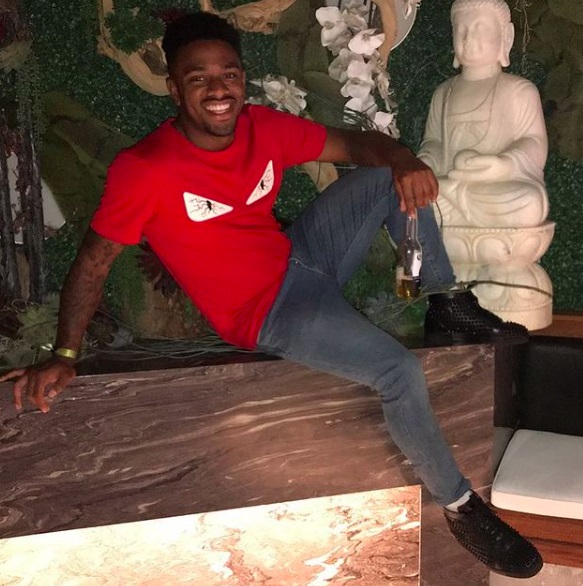 Tristian followed the likes of his brother with a pair of flashy designer shoesCredit: @trissy101 / instagram 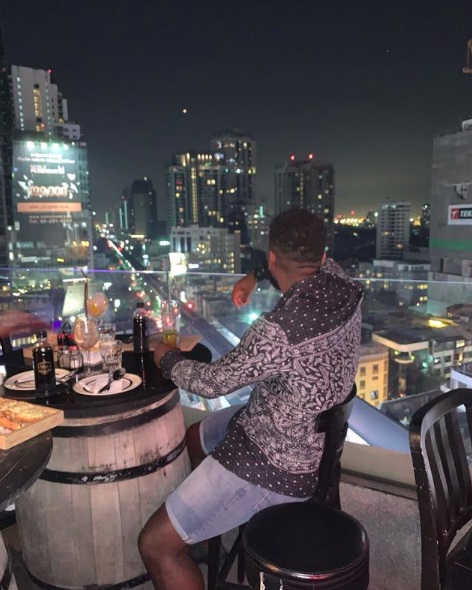 The TV star also posed for his followers in a pair of £800 Christian Louboutin trainers as well as a stylish T-shirt and medical face mask.

During his pricey trip, Tremaine enjoyed pool parties, a dune-buggy experience in the dessert and dinners in famous restaurants such as Opa Dubai.

While other snaps showed Tremaine wearing a £700 Hermes belt and a new pair of designer trainers in most snaps. 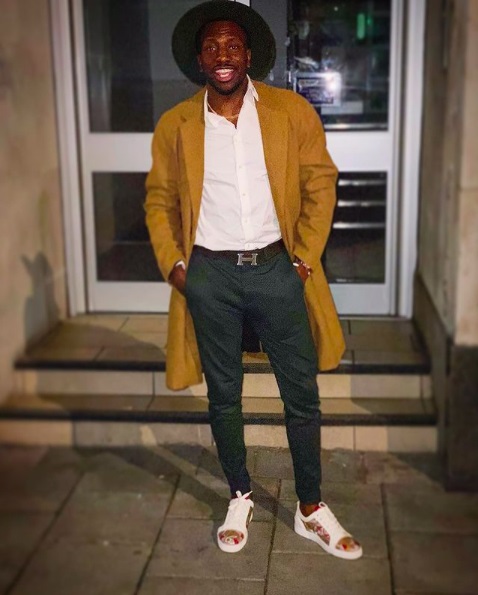 Other snaps showed Tremaine wearing a £700 Hermes belt, with a different pair of trainers in every photoCredit: @trem_vi / instgarm 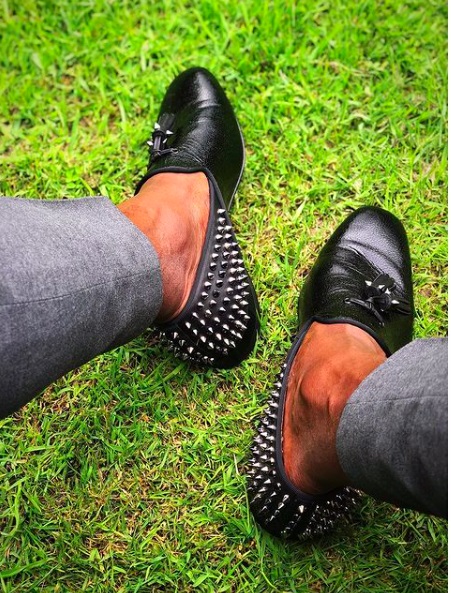 Tremaine seemingly loves to share outfit posts and is regularly complimented by his followers on his stylish wardrobeCredit: @trem_vi / instgarm

However it does appear that Louboutin red bottoms are his favourite!

Tremaine seemingly loves to share outfit posts and is regularly complimented by his followers on his stylish wardrobe.

Tremaine’s brother Twaine also joined him in jet-setting to Dubai and the Gogglebox star shared a collection of enviable snaps.

He has nearly 7,000 followers on his personal account and regularly receives hundreds of likes and comments on each post.

Sporting a pair of Christian Louboutin trainers in an orange shade as well as a statement T-shirt from Heron Preston’s designer brand, Twaine showed off his expensive taste. 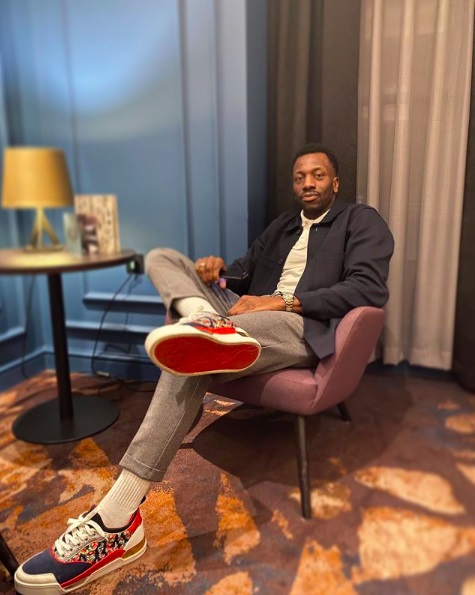 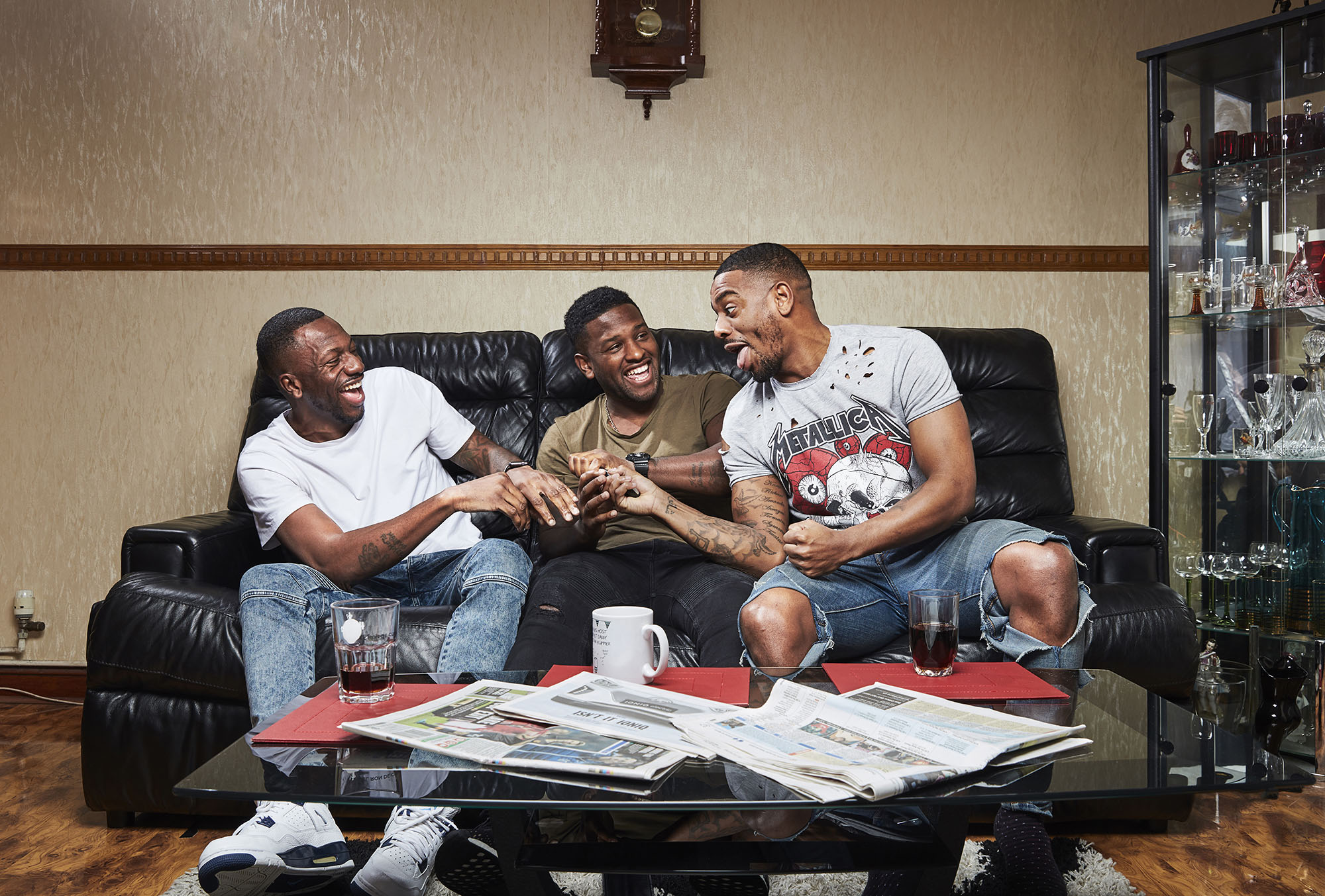 The brothers sit on the sofa in Tristan’s Bristol homeCredit: Channel 4

Elsewhere on his account, Twaine posed up a storm in a pair of Versace swimshorts – worth at least £190 – and accessorised with a series of expensive-looking gold chain necklaces.

Away from the Dubai trip, Twaine enjoys a luxurious lifestyle back in the UK – with fancy dinners, including a lunch at iconic London hotspot The Ivy.

However it seems that holidays are really Twaine’s thing – and his social media shows an array of fancy getaways to Thailand, Jamaica, Barcelona and Croatia.

Enough to make anyone jealous! 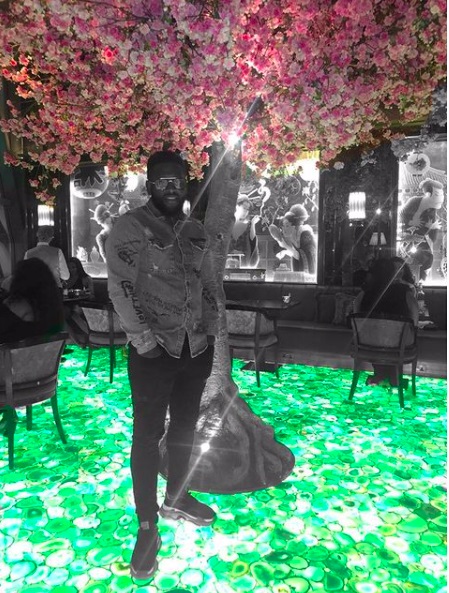 Twaine enjoys a luxurious lifestyle with fancy dinners, including a lunch at iconic London hotspot The IvyCredit: @twaineaplummer / instagram 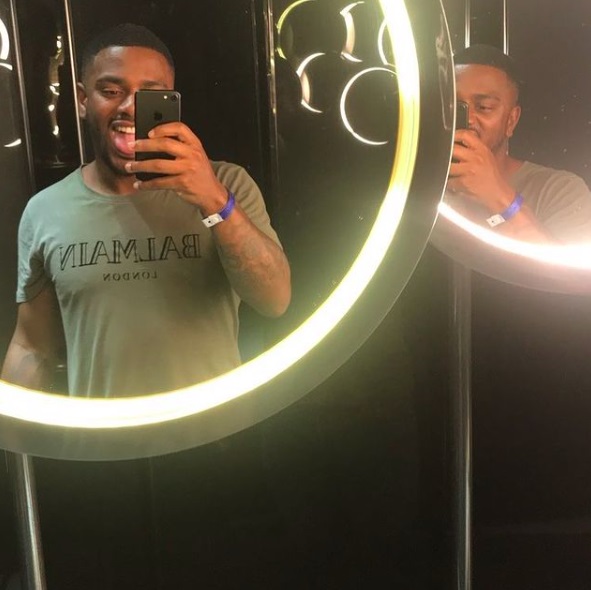 Tristan also appears to have an interest in spending time at celeb hotspotsCredit: @trissy101 / instagram

Tremaine and Twaine’s brother Tristan also has a glamorous lifestyle which he parades online on his social media accounts.

The 30-year-old is a father-of-two and regularly shares an insight into his luxurious life with family snaps as well as football posts and holidays.

The dad, who has nearly 10,000 followers, is probably recognised the most out of the sibling trio as he is a professional footballer with a range of clubs in his repertoire.

Tristan also appears to have an interest in spending time at celeb hotspots – with previous snaps showing him partying with Tinie Tempah in Ibiza and selfies with Krept and Konan.

As well as this, the three brothers have a clear love for designer clothes – with Balmain T-shirts, Yeezy trainers and fancy sunglasses regular staples in their wardrobes.

Tristan and his brothers are also on Twitter with 24K followers.

Plus we shared how Love Island’s Molly Mae Hague is morphing into Mrs Hinch – from her love of B&M to her immaculate grey home.

And the secrets to Michelle Keegan’s super-toned body including a budget fake tan & why she NEVER bothers with cardio. 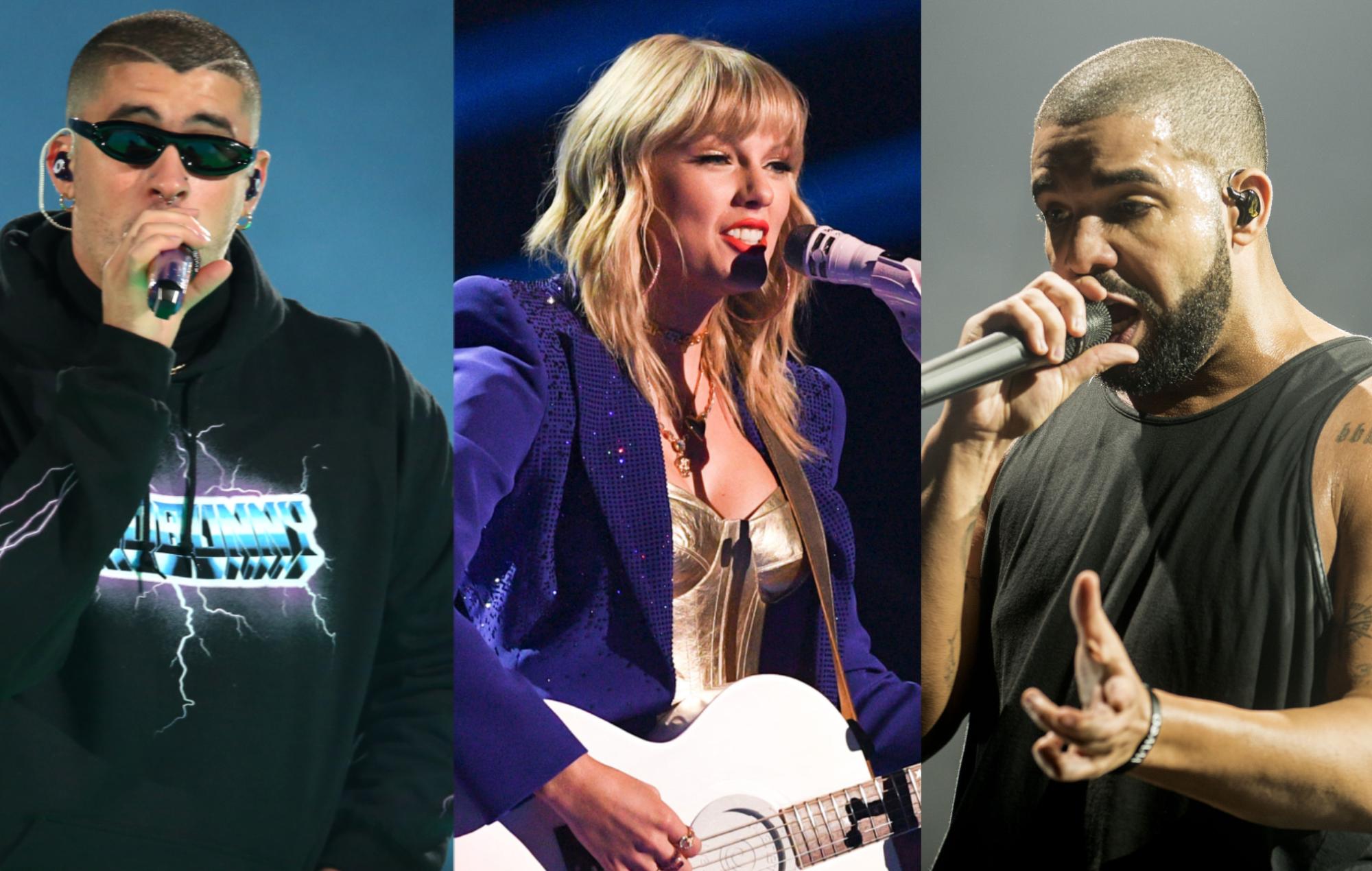 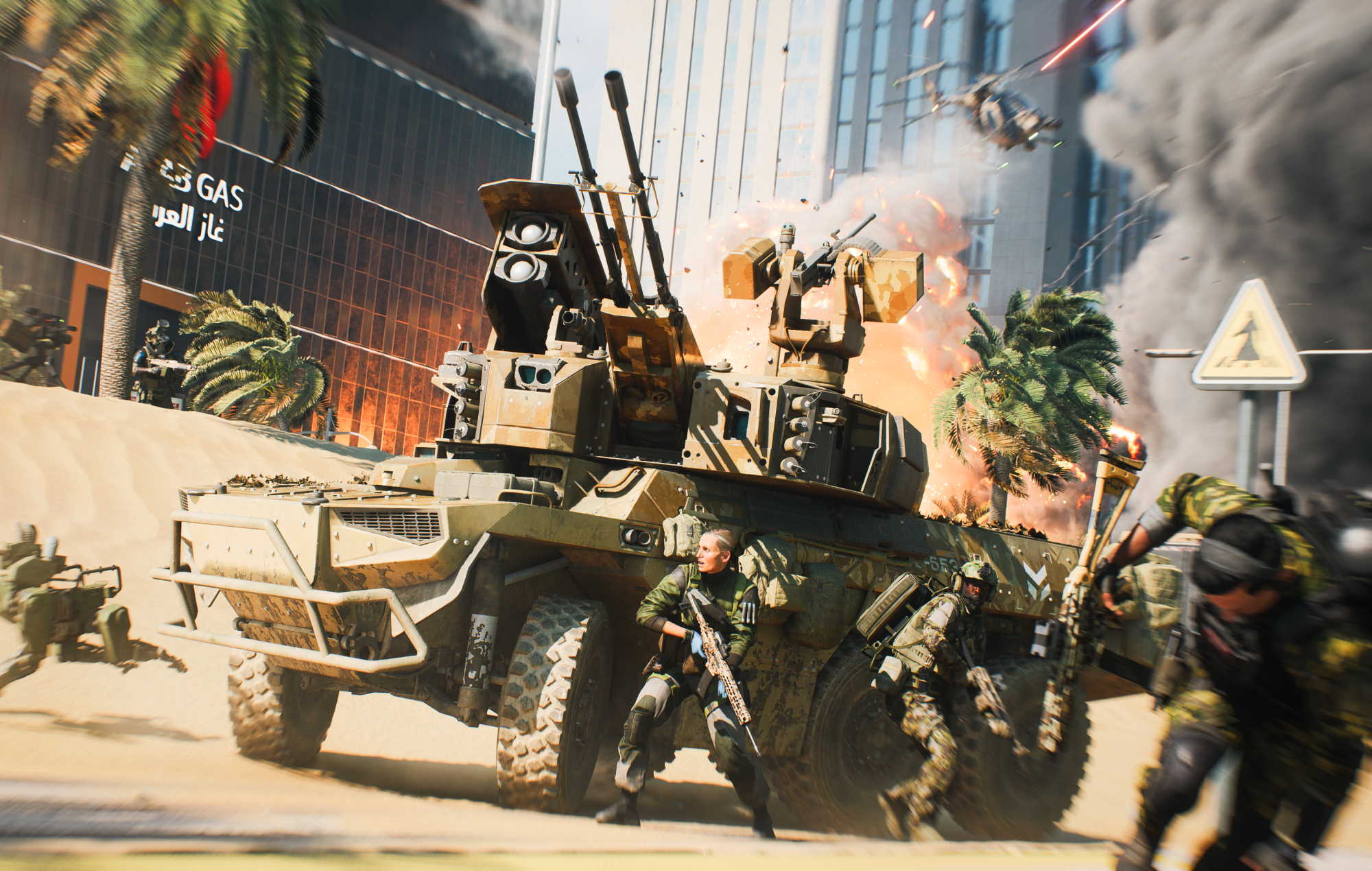 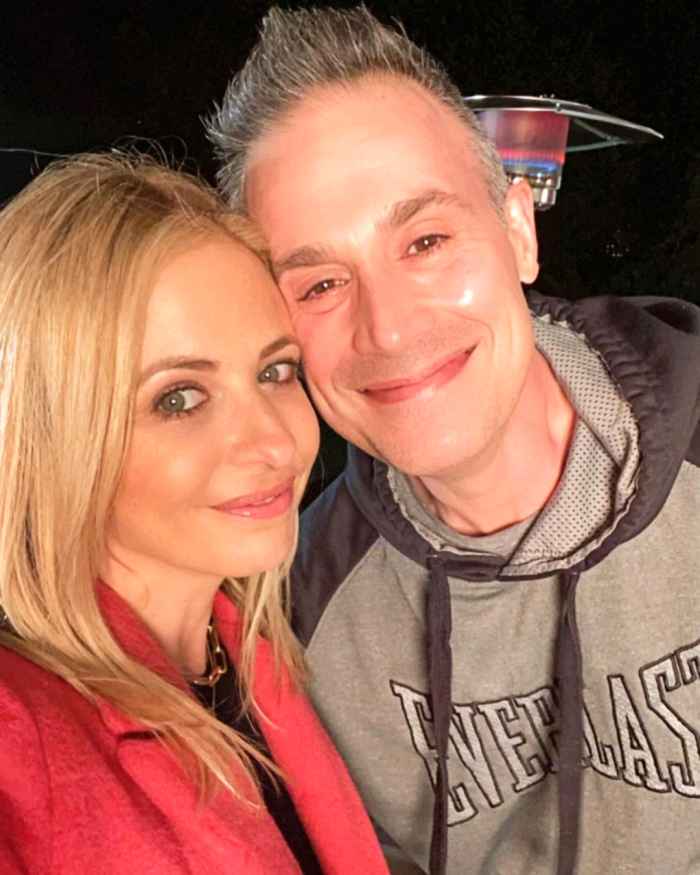