Filming on Indiana Jones is continuing in Glasgow as star Boyd Holbrook was seen on set (Picture: PA/Lucasfilm/Paramount Pictures/Kobal/REX/Shutterstock)

Work on Indiana Jones is apparently cracking on in Scotland although star Harrison Ford is still recovering from an injury that could reportedly put him out of action for months.

The streets of Glasgow were transformed into 60s America for what is thought to be the latest sequel in the franchise in which Harrison plays the titular explorer and archaeologist.

The props department had been busy totally transforming the area, putting up stars and stripes flags, changing shop fronts and dressing up traffic lights in the yellow colour typically seen across the pond.

A truck bearing the logo for the Fire Department of the city of New York was parked among the other vehicles on location. Signs reading ‘Welcome to New York, Astronauts’ were also spotted in the area.

Crowds of onlookers gathered round on Tuesday to watch filming take place after director James Mangold was spotted in the area overseeing the crew and some of the film’s extras.

It is not known if the other main stars, such as Harrison, Mads Mikkelsen and Toby Jones, will be coming to Scotland.

Cochrane Street is said to be closed until the end of the month as production continues. 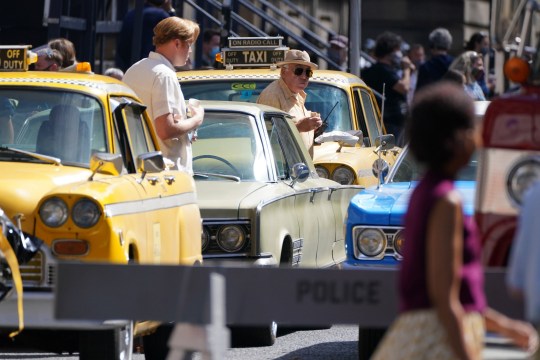 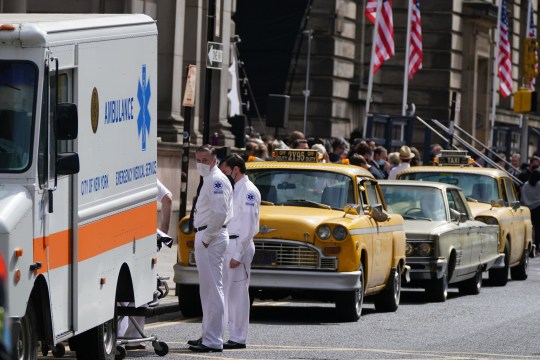 The scene was transformed for what is thought to be the fifth Indiana Jones movie which has been filming in the UK (Picture: PA) 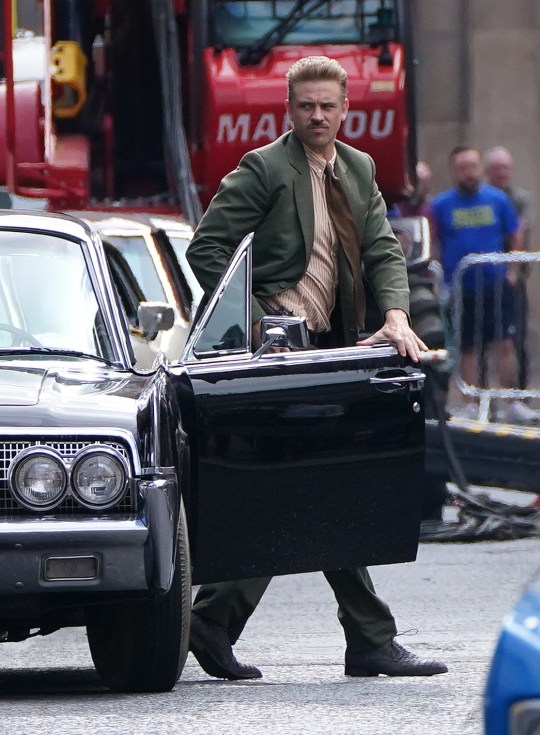 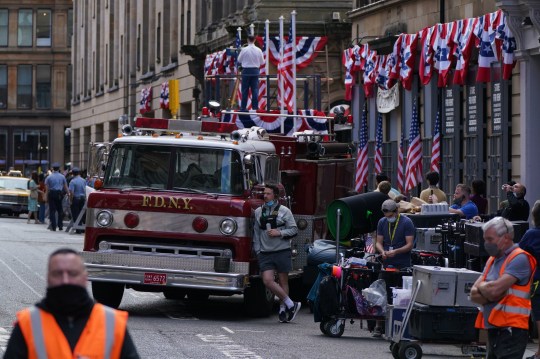 The location was decked out with stars and stripes (Picture: PA) 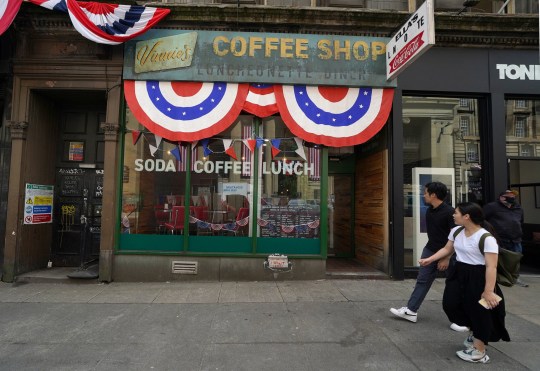 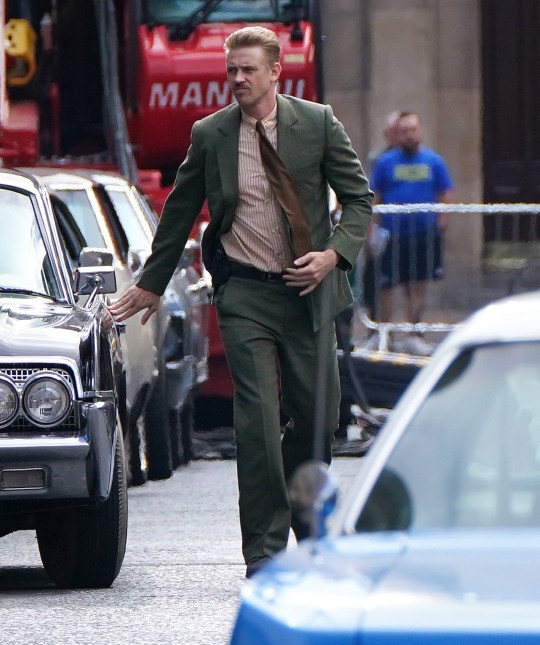 Boyd was dressed in a smart green suit with a striped shirt and brown tie (Picture: PA) 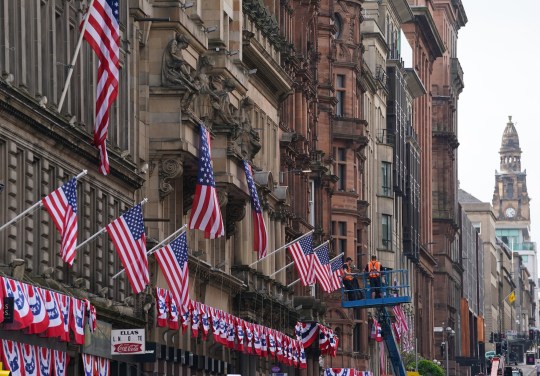 Filming has been taking place in Glasgow this week (Picture: PA) 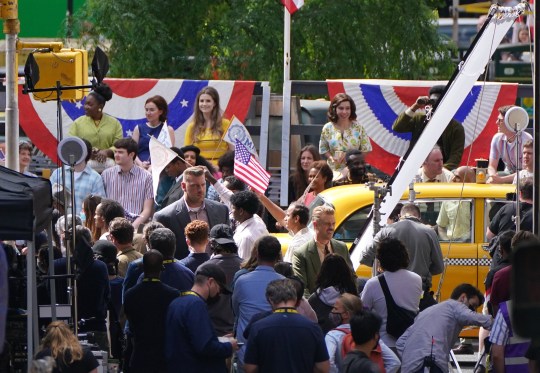 Extras and crew members get to work (Picture: PA)

Harrison, 78, and Toby, 54 were previously spotted filming scenes in Leaderfoot in the Scottish Borders.

The Star Wars actor injured his shoulder last month while practicing a fight scene and was forced to take some time out, and could be needing surgery.

Production will apparently be ‘refigured’ so it can contine at Pinewood Studios while the actor recovers.

A statement released by Disney – who acquired the rights to the character in its purchase of Lucasfilm in 2012 – said: ‘In the course of rehearsing for a fight scene, Harrison Ford sustained an injury involving his shoulder. 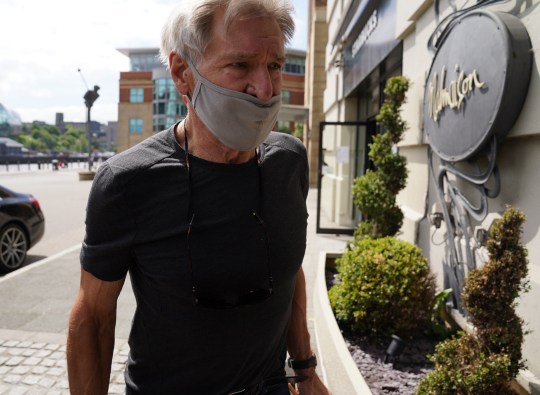 Harrison Ford is recovering from an injury suffered while practicing a fight scene (Picture: Backgrid) 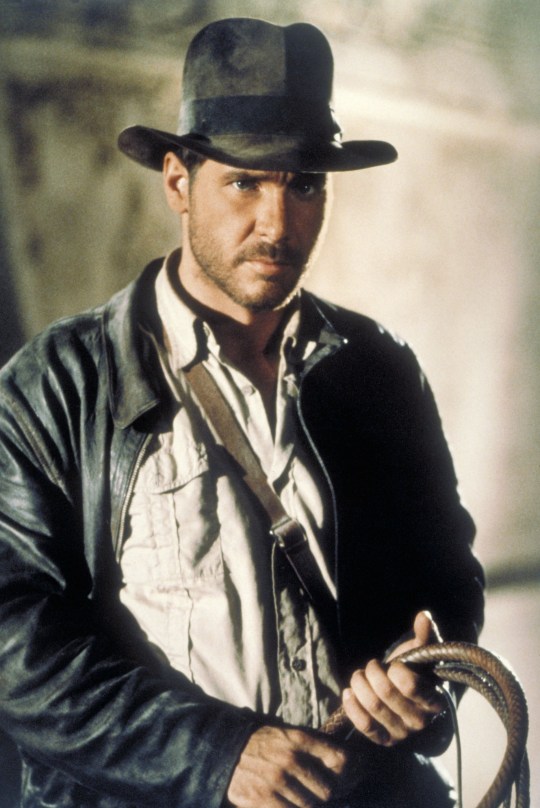 ‘Production will continue while the appropriate course of treatment is evaluated, and the filming schedule will be reconfigured as needed in the coming weeks.’

An insider told The Sun that his injury is ‘worse than first thought’ and he could have to take a break for 12 weeks, perhaps even need surgery as an old injury he had is said to have been aggravated.

Harrison will wear Indiana Jones’ famous hat and whip for the first time in over a decade, the last time being Indiana Jones and the Kingdom of the Crystal Skull in 2008.

The first film in the series was released 1981. 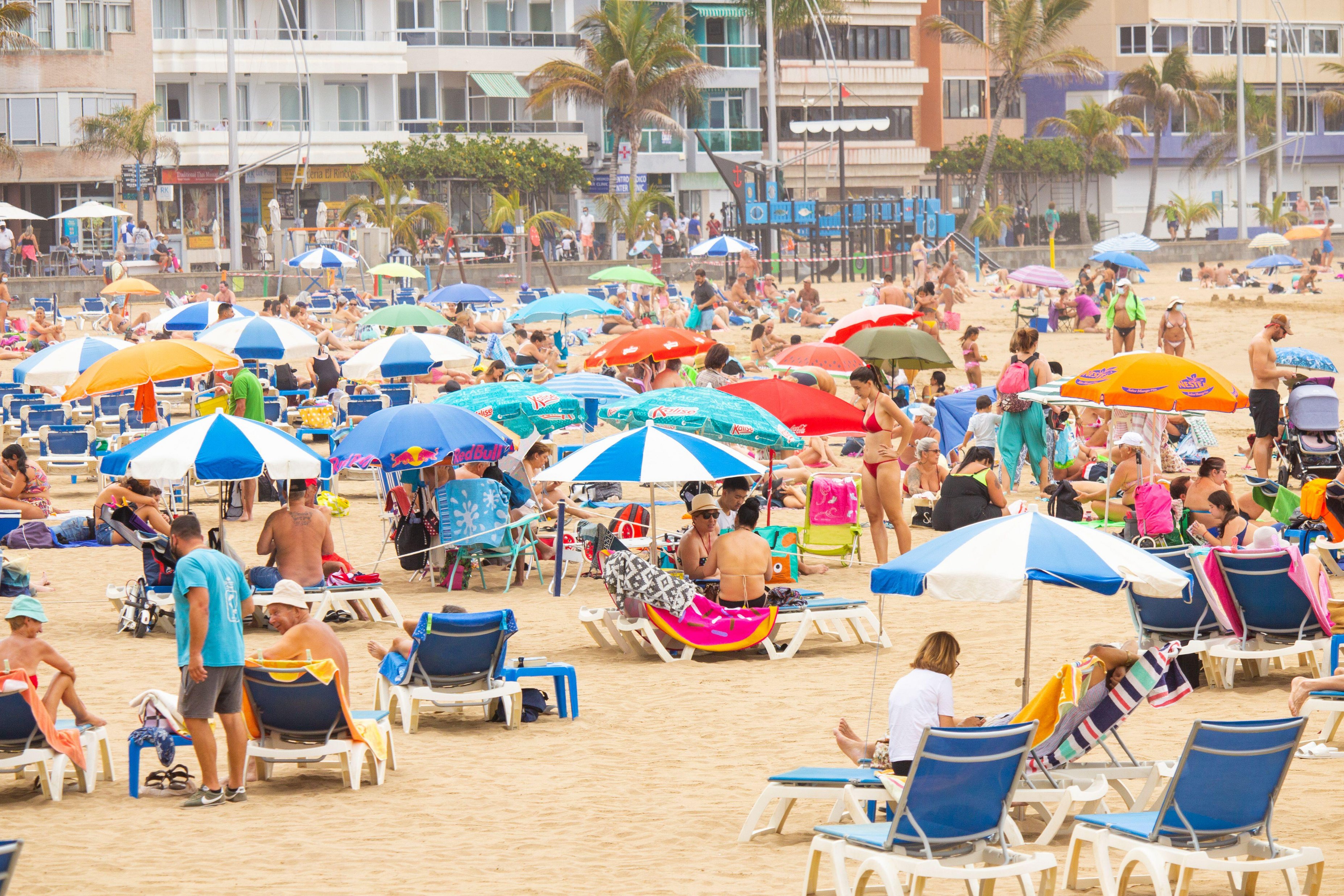