It’s over. Ashley Martson‘s estranged husband Jay Smith has signed divorce papers after three separate filings, the most recent of which came in November 2020, Us Weekly confirms.

Martson, 34, told Us exclusively on Friday, March 5, she’s looking forward to putting her marriage behind her, though their divorce is not yet finalized.

“I’m just happy and feel free,” she says. “It took a long time to get him to sign. This is a celebration. No sadness over here.” 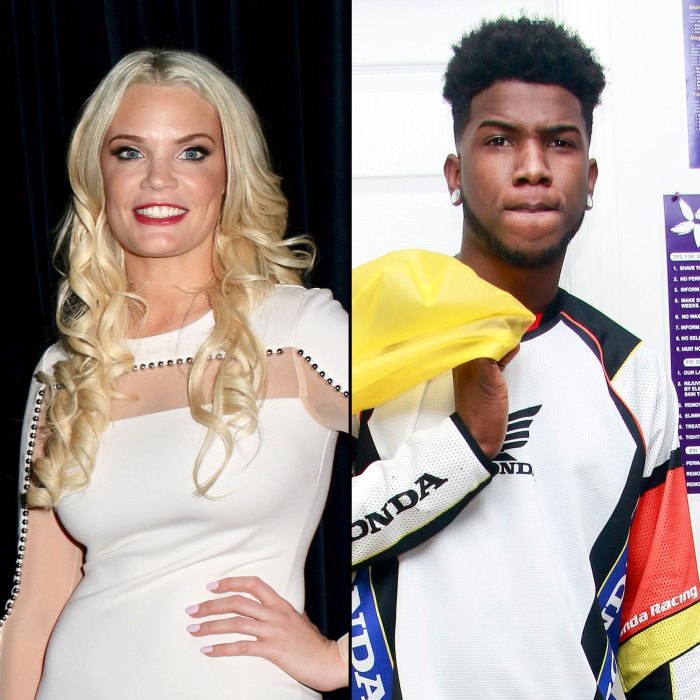 The Pennsylvania native also opened up about her divorce online. She posted a selfie via Instagram on Friday, writing, “If you’re noticing I look happier and a little bit lighter it could be the lipo or it could be that I have a ton of baggage off my shoulders.”

Martson continued, “This death sentence of a marriage is officially over. Just waiting on the decree! This bitch is single and ready to mingle #single #divorced #sohappy #singlesexyandfree #callme #90dayfiance Boy is this divorce party gonna be fun!”

The TLC personality and Smith, 22, appeared in season 6 of 90 Day Fiancé in 2018. The pair met at a nightclub while Martson was in her ex’s native Jamaica for a wedding. He found her on social media after their first meeting and proposed to her six months later while she was visiting him in Jamaica again.

Martson and Smith were married for eight months when she first filed for divorce in January 2019. Less than two weeks later, she withdrew the paperwork. Martson filed for divorce again in April 2019, and three months later, Smith was arrested in Pennsylvania for violating an order of protection. He was released from police custody shortly after his arrest and he and Martson tried, once again, to make their relationship work amid the coronavirus pandemic.

She explained her decision in a March 2020 YouTube video, saying, “Obviously the No. 1 question everybody wants to know is ‘Are we back together?‘” Smith revealed, “Definitely we are back together. Stronger than ever. This time it’s not going to go like last time. We’re going to stay together.”

Ultimately, they called it quits again in September 2020. Martson addressed the breakup via Instagram.

“I am not asking for sympathy, empathy, attention, or anything else. The truth is, I can’t ask something of anyone when at this moment I don’t know what I need. I don’t know where I’m going, what’s next for me or who I will evolve into,” she wrote at the time. “My only hope is that I become a better version of myself through this embarrassing and painful experience.”

She revealed their decision earlier that same month, announcing that she and Smith were planning to “separate for good” this time.

“I thought I was stronger and more forgiving but I’m not. Sometimes when trust is broken, it just cannot be repaired,” she wrote via social media. “I gave my all to this marriage and as I type this I’m heartbroken, this isn’t how I envisioned my future. We want to thank everyone who has supported us and were rooting for us. Have a good weekend everyone. To my close friends and family I’m sorry you’re finding out this way but I just don’t have the strength to talk about it. Please forgive me.”