TWO TOWIE stars have been left heartbroken after their boyfriends apparently cheated on them – with women who could be their doppelgängers.

A year after she left Essex and moved to Dubai for him, Yazmin Oukhellou’s fella Jake McLean was seen leaving a club with Love Islander Ellie Jones after their pair looked close on a wild night out. 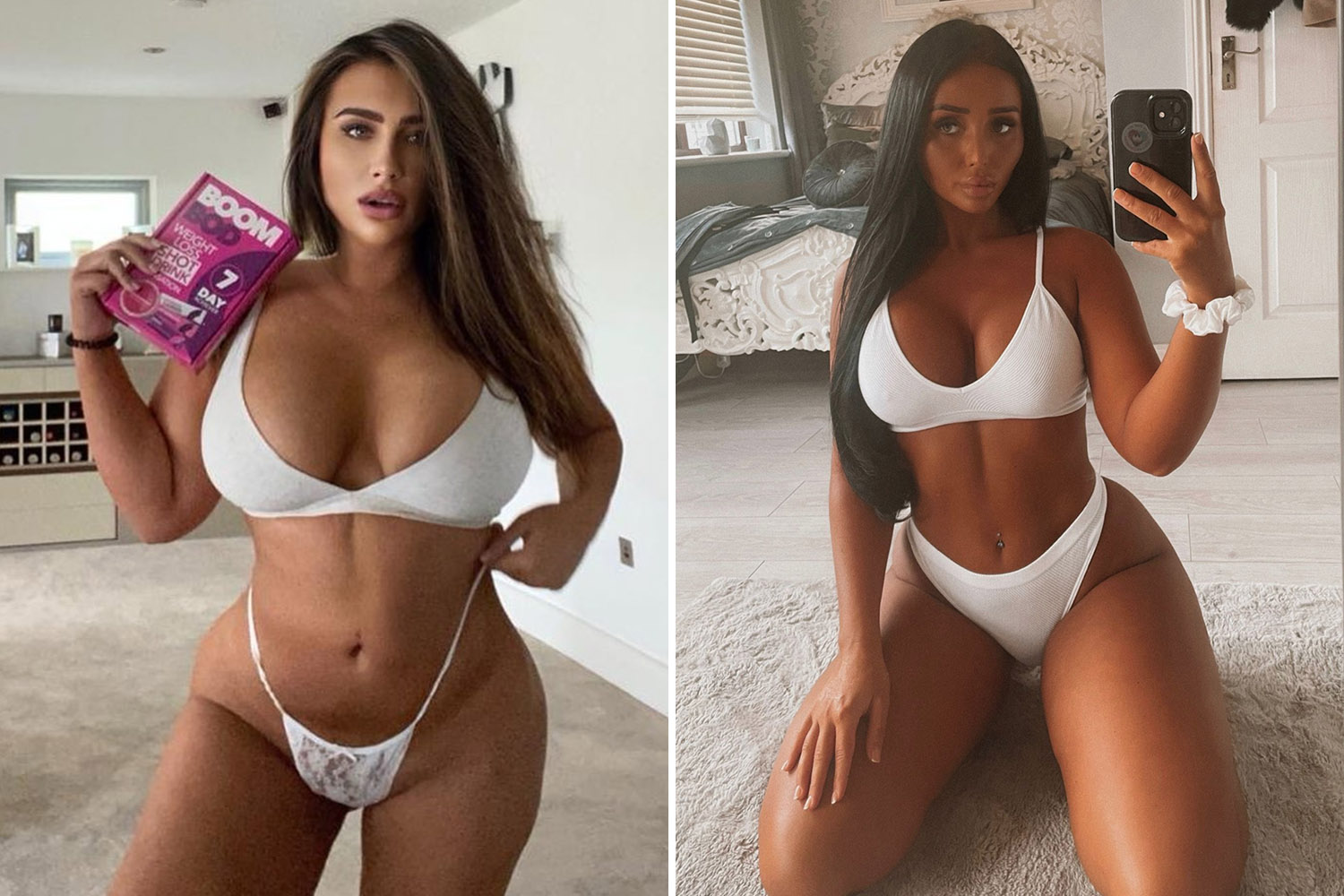 It came days after it emerged Jake’s ex Lauren Goodger kicked out boyfriend Charles Drury for doing the dirty on her.

Just months after their daughter Larose was born, Charles allegedly enjoyed secret sex sessions with Lauren-lookalike Amy Gilbert behind her back.

Amy claims she started seeing Charles in November, when he slid into her DMs on Instagram.

So why do so many men play away with women who look just like their girlfriends?

Relationship expert and celebrity dating coach James Preece tells The Sun it’s largely down to a subconscious desire to “upgrade”.

He says: “Sometimes people can be completely in love with their partner yet still have the urge to cheat.

“That’s because they feel something is missing, such as sex, intimacy, conversation, or shared values.

“Perhaps they feel criticised, nagged or sad that the initial spark is no longer there.

“If they happen to meet someone who reminds them of all the things they do like in their partner, yet the extra pieces are there too, it’s like dating an upgraded version.

“All the problems they have with their primary partner disappear, so it seems like a great opportunity.”

James says we all have certain traits we find attractive in others, and when choosing new partners we subconsciously look for people who “match” them.

When it comes to men who cheat, James says there’s a tendency to believe it’s going to be fresh and exciting, with the “added bonus of familiarity”.

If they meet someone who reminds them of all the things they do like in their partner, yet the extra pieces are there too, it’s like dating an upgraded version

“As it’s a new romance, there is less pressure overall and there won’t be the same emotions or issues they have with their primary partner,” he explains.

“The fact they look the same can also make it feel like it’s not really cheating because the two people are so similar.

“That way they justify their behaviour by believing the affair is less personal because it has nothing to do with a person’s physical attractiveness – so there is no reason for their primary partner to get upset if they get caught and they don’t feel like a bad person.

“It’s likely that once the new ‘honeymoon period’ is over, they will realise that all relationships have problems, and cheating isn’t the answer.” 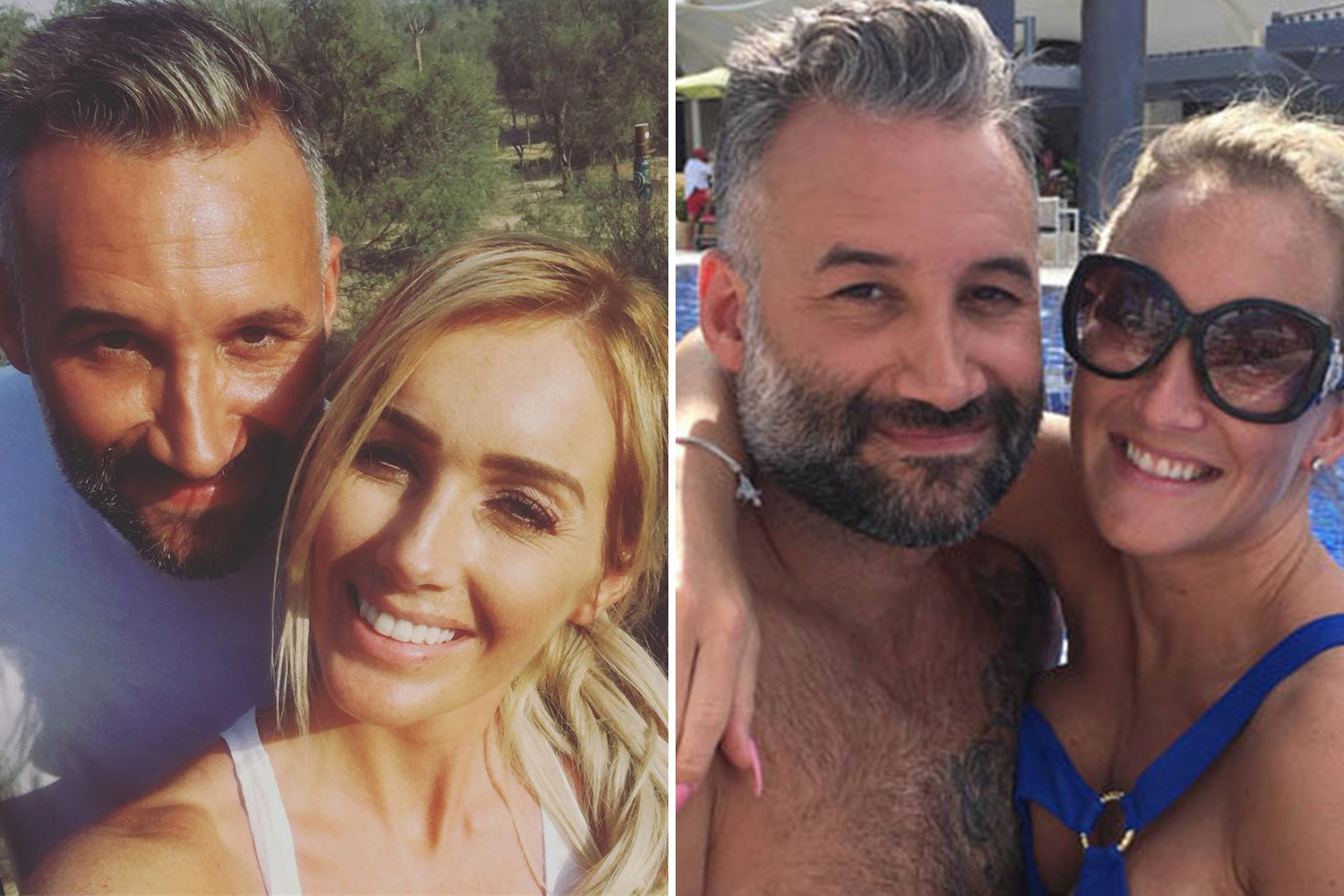 Laura Anderson was furious when she discovered her boyfriend Dane Bowers was dating another woman behind her back in 2017.

She stormed into a packed nightclub and dumped him on the spot after it emerged he’d been seeing mum-of-two Gemma Warboys – who bears a strong resemblance to the Love Island star.

However, three years later Laura took him back, and recently revealed she’s learned to trust him again and they’re trying for a baby. 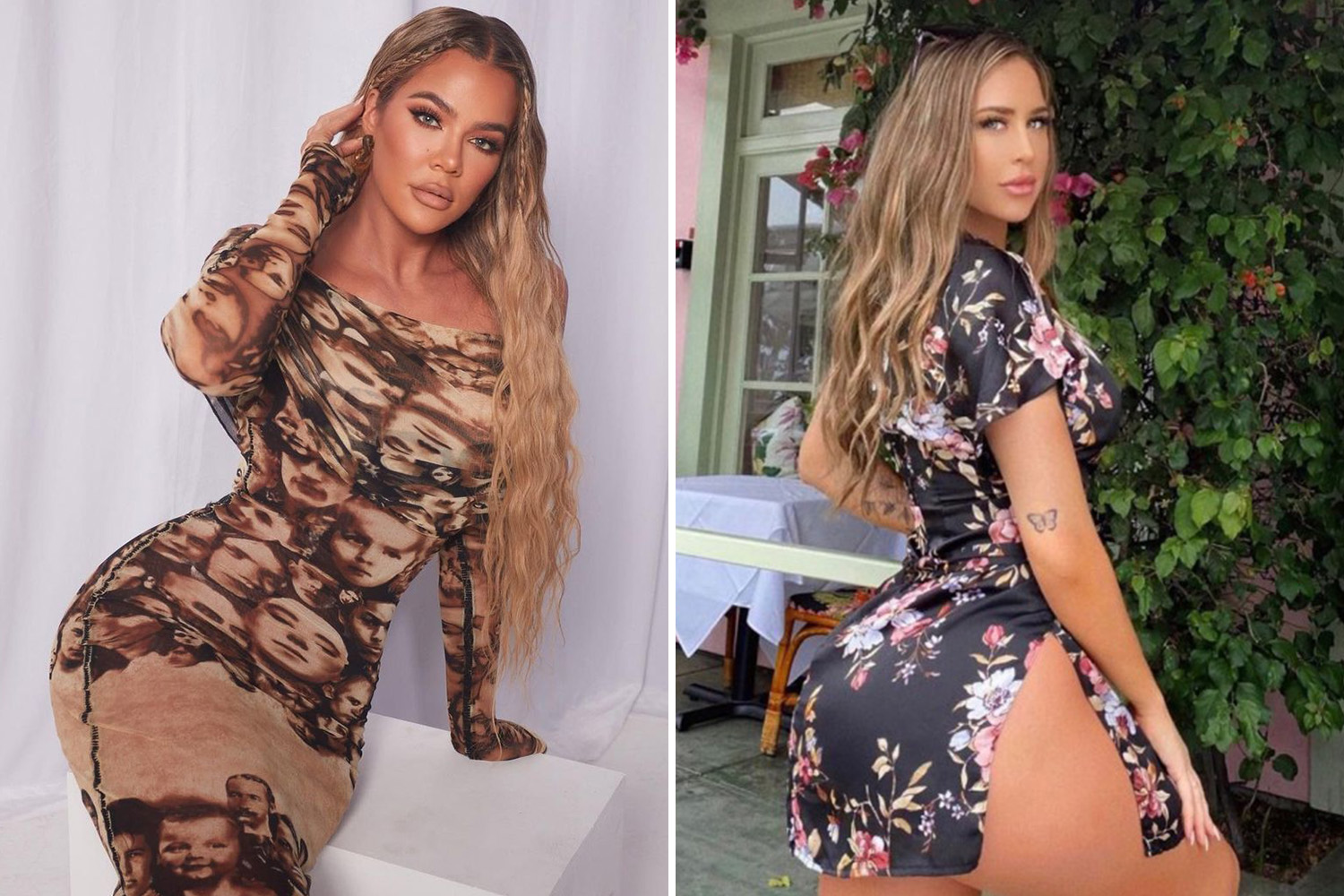 Maralee Nichols has claimed she and Tristan Thompson started seeing each other while he was still in a relationship with Khloe Kardashian – and that she gave birth to his child in December.

According to a paternity lawsuit, the personal trainer conceived their child on the NBA player’s 30th birthday back in March.

Tristan claims he was only intimate with Maralee once, but she insists they hooked up five months prior, while he was still with the Keeping Up With the Kardashians star. 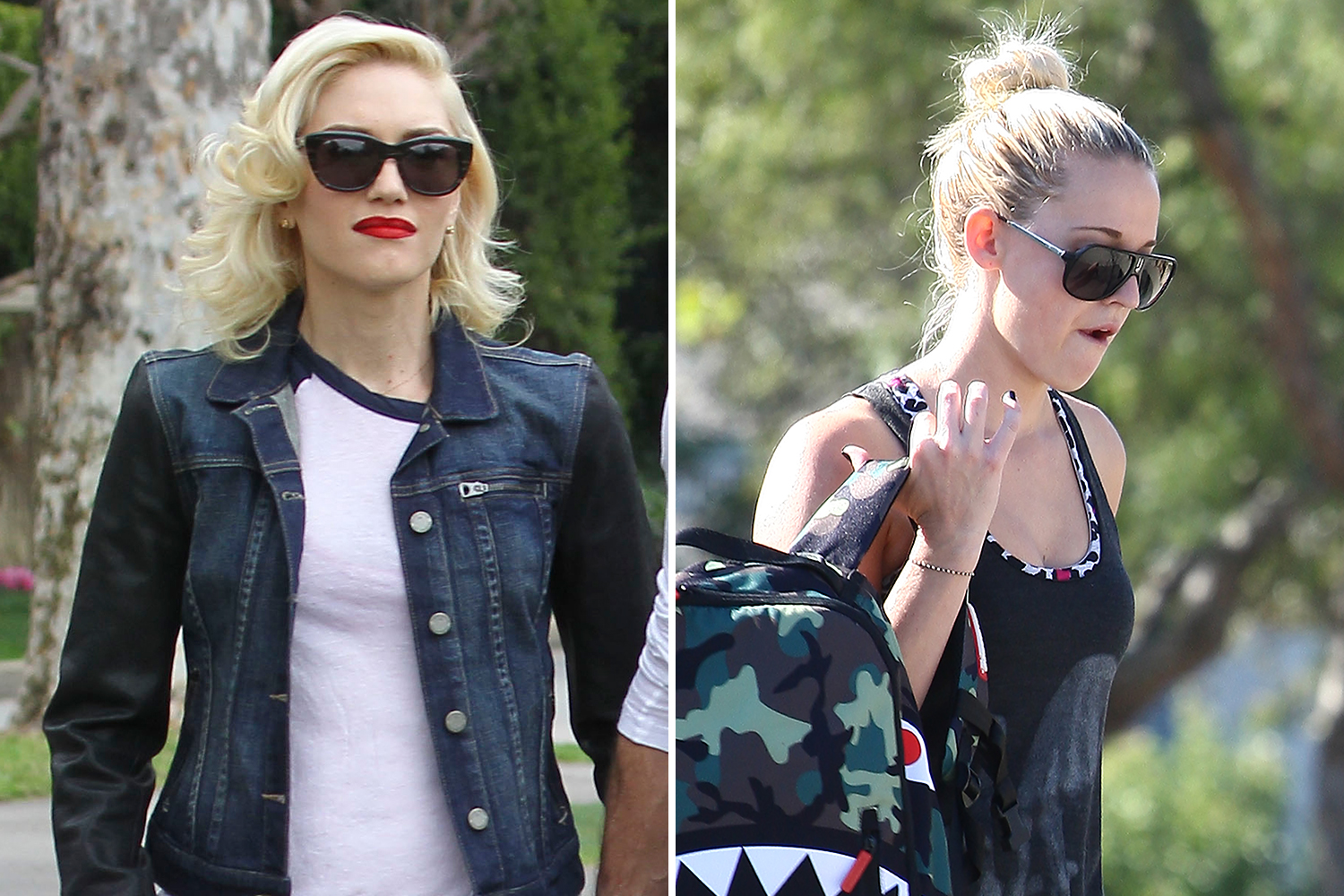 Us Weekly claimed their break-up was down to Gavin having a three-year long affair with their children’s nanny, Mindy Mann.

It was said to be uncovered after another of the couples’ nannies discovered nude photos of Mindy and sexual texts and told Gwen.

While Gavin dismissed the texts as “flirtation” at first, he allegedly confessed to adultery months later, leaving Gwen “mortified, livid, and embarrassed”.

The pair divorced in October 2015. 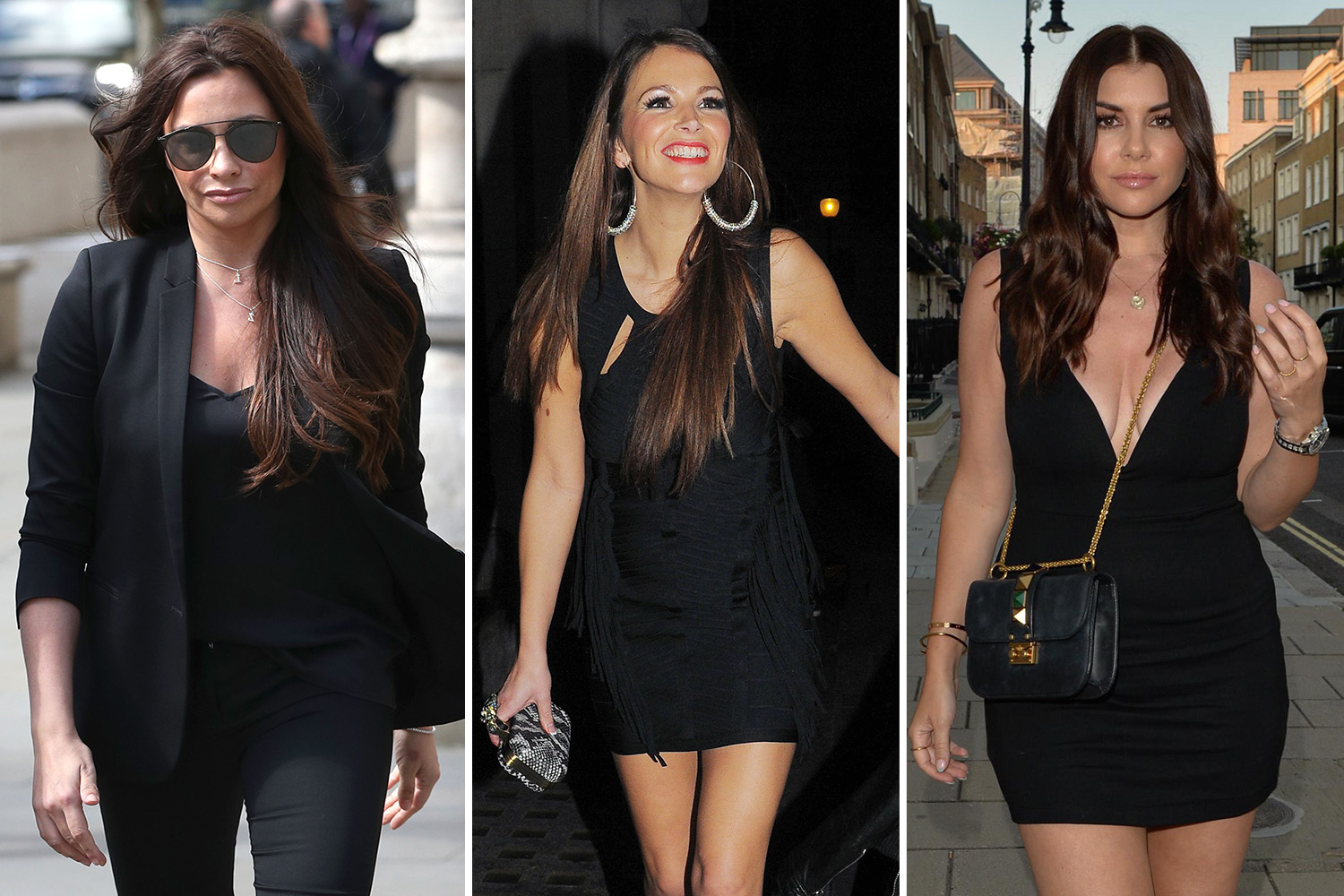 In 2011, footy fans were stunned when it emerged Manchester United legend Ryan Giggs had been sleeping with his brother Rhodri’s wife Natasha behind his back for eight years.

Ryan was married to Stacey Giggs, the mother of his two children, and the infidelity ripped the Giggs family apart.

But Natasha wasn’t the only woman Ryan had cheated on Stacey with – and also not the only stunning brunette.

Natasha had decided to go public in 2011 after Ryan’s controversial attempt to place a gagging order on Big Brother star Imogen Thomas, with whom he’d allegedly had a six-month affair.

Giggs had spent £150,000 on a High Court injunction, but his bid to silence her fell apart due to a Twitter campaign that ended with an MP outing him in parliament.

After the affair was exposed, Imogen said: “I called it off a million times but he kept coming back. He knew it was wrong as well, he said as much, but he was pursuing me.”

These men certainly do have a type!

Lauren Goodger reveals she, daughter Larose and boyfriend Charles are all ill with coronavirus