I’M A Celebrity’s Jordan North had viewers in hysterics tonight – when he knocked himself off the camp bench.

The celebrities were discussing the phantom dribbler in the privy around the campfire and it all appeared a little bit too much for Jordan. 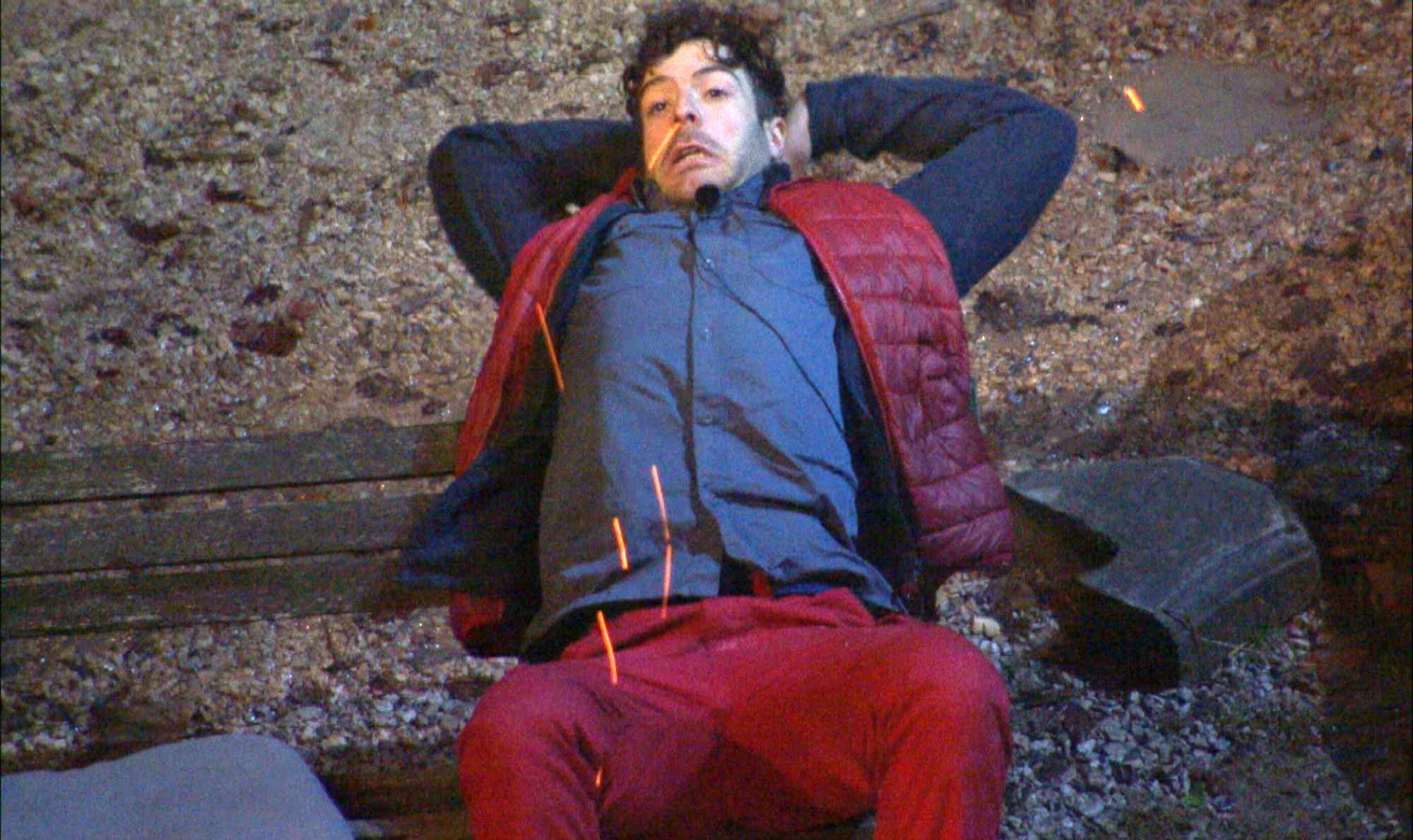 Jordan lent back on the bench – and lost his balance and dignityCredit: Rex Features

Talking in the Telegraph, Vernon said “We have a phantom dribbler in camp and someone has been sprinkling when they tinkle and it’s caused quite a stir.”

Shane said he went to the privy in the middle of the night and someone had dribbled before him.  Jordan said it wasn’t him and that he wasn’t the phantom dribbler, he joked it was Shane.

Talking in the Telegraph, Shane said “I’ve had a dodgy stomach and the last thing anyone will do is stand when they go to the toilet.” 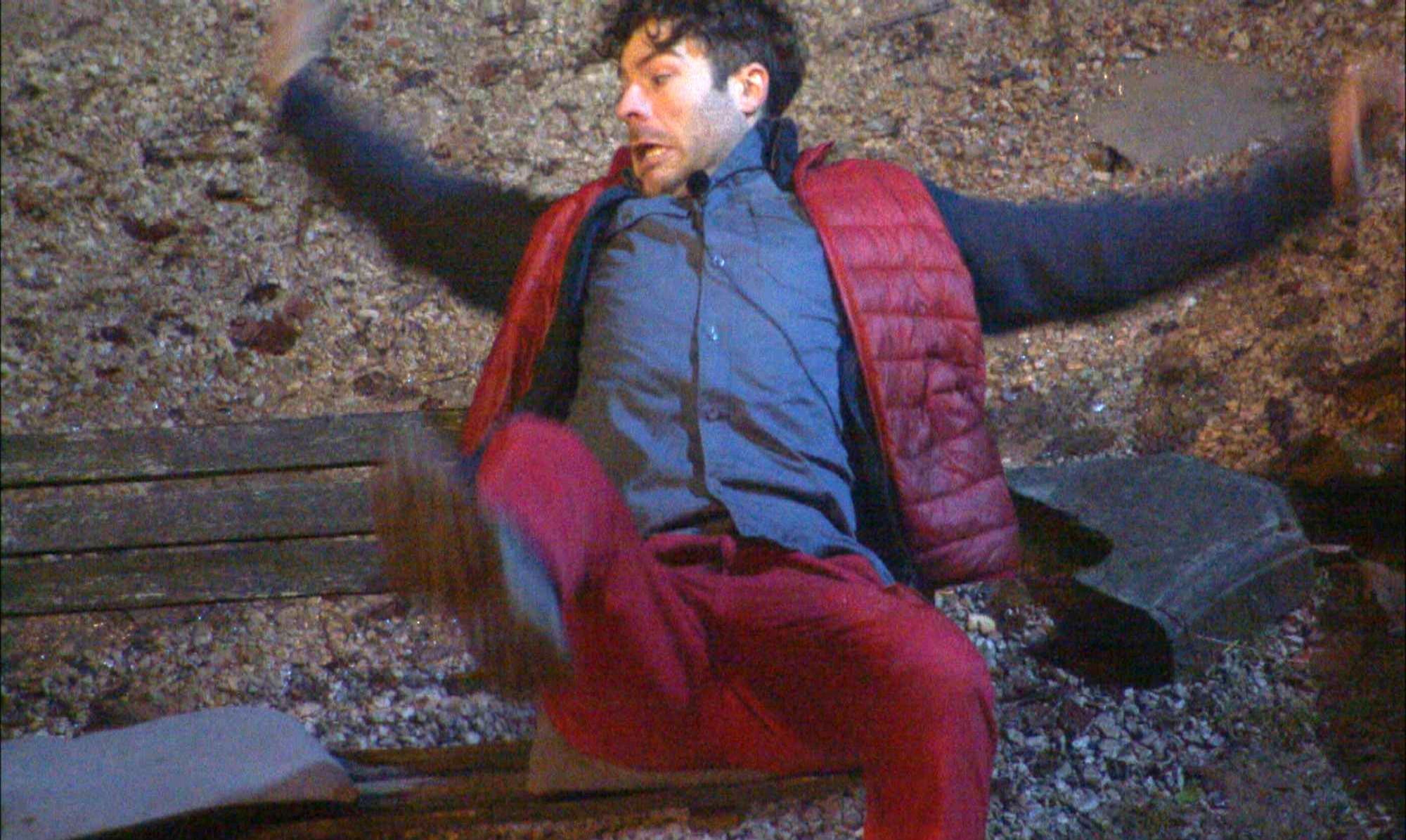 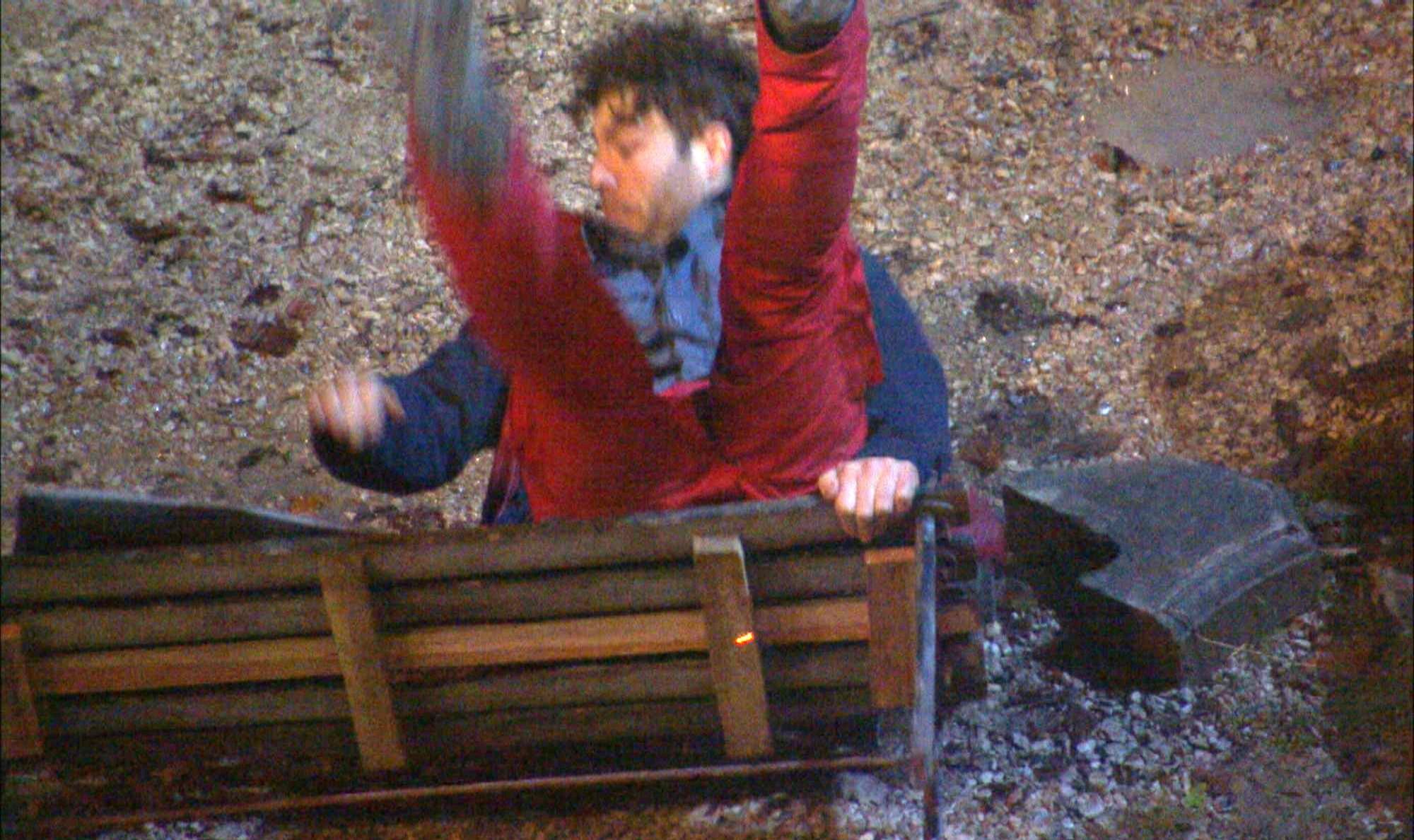 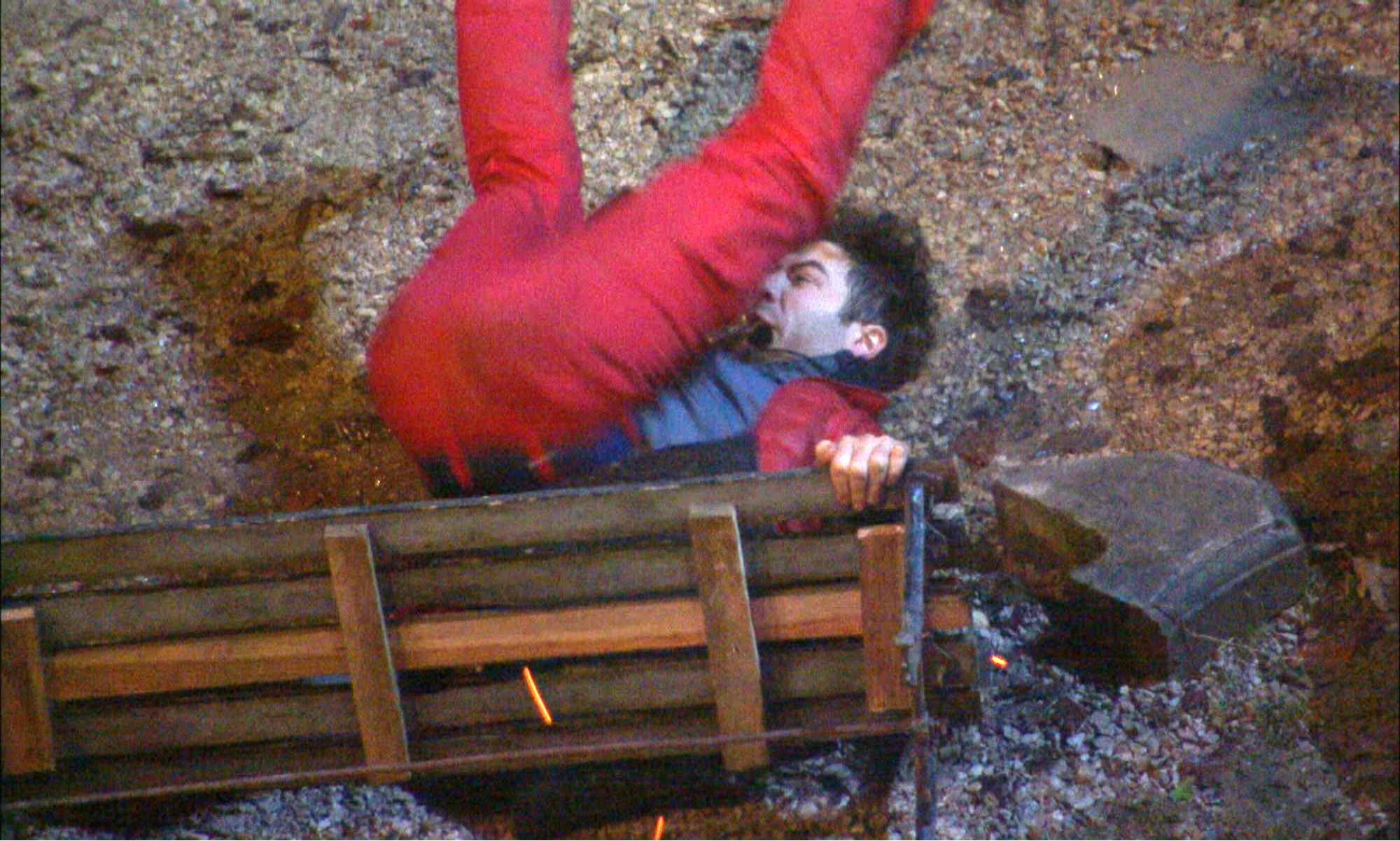 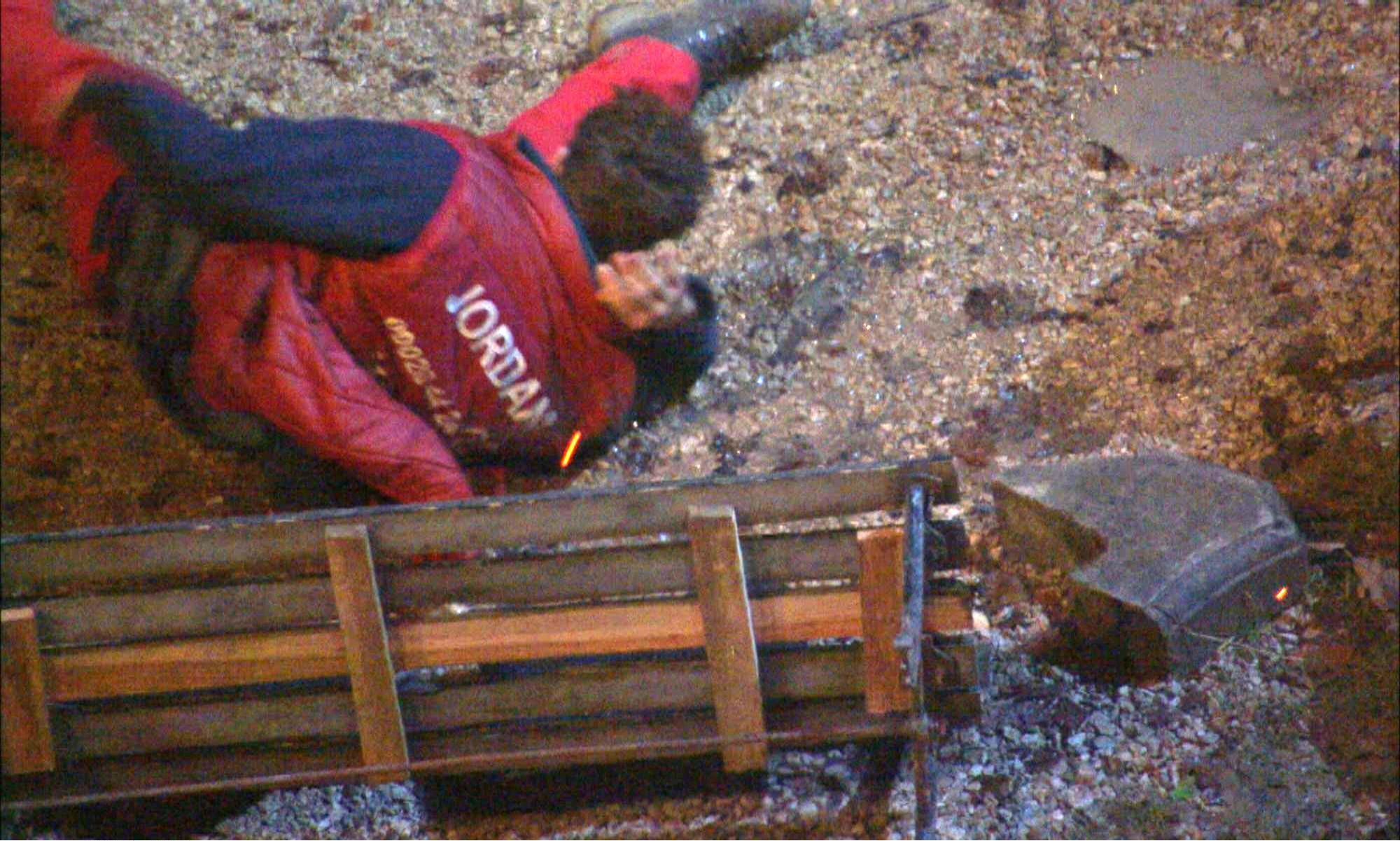 He lay sprawled out on the floorCredit: Rex Features

Talking about the continued mystery, Vernon said in the Telegraph “It is a bit awkward, how do you teach people over 25 years old how to pee.”

After the minor drama, Jordan was sat on the courtyard bench and stretched his arms – and promptly knocked himself off the bench.

“Ah that really hurt,” he said as he lay on the floor.

“Right in the puddle,” he added as Shane laughed at his misfortune.

Viewers were in complete hysterics at the scenes.

One wrote: “Jordan falling off the bench #imacelebrity #ImACeleb”

A second said: “RIP Jordan North 1990-2020 Cause of death: falling of a bench #ImACeleb #imacelebrity”

Another added: “The bench toppling backwards and Jordan falling off is the highlight of my day #ImACeleb”