Naughty Boy is facing yet another trial after the public voted him to tackle the Savage Stakeout (Credits: ITV)

Naughty Boy has been chosen for yet another Bushtucker trial on I’m A Celebrity… Get Me Out Of Here! and to say he’s disappointed may be a bit of an understatement.

The popular music producer, 36, has already faced multiple trials, and previously threatened to quit the show after feeling he was being unfairly targeted by his camp mates and the audience.

This announcement led to a tense moment as both celebrities waited to hear who would be the unlucky tribute.

Eventually Naughty Boy – real name Shahid Khan – was revealed as having to take on the Savage Stakeout after being voted in by the public.

With the exasperation on Naughty Boy’s face as clear as day, and the camp mates already beginning to console him, fans immediately took to Twitter to do what they do best: make memes. 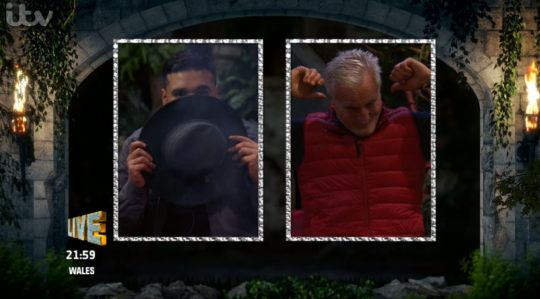 Naughty Boy was chosen over David Ginola for the next trial (Picture: ITV)

TV viewers flocked to social media in their droves to poke fun at the situation using tried-and-tested blueprints from Squid Game, The Simpsons, Drake and Josh and more.

Some used the news to bring up the now-iconic Twitter beef between Naughty Boy and Louis Tomlinson after the producer teamed up with Zayn Malik for a track after the former One Direction star left the band.

Even Ant and Dec’s Twitter account got in on the fun, although they opted for his culinary masterpiece as Chef on Tuesday’s episode.

Most sent the jokes in good fun, with many wishing the producer the best as he prepared to face the next challenge.

And while some said they would continue to use their five free votes to frustrate Naughty Boy, others said they found the continued targeting of the musician ‘boring’ and wanted to see some other celebrities tackle the trials. 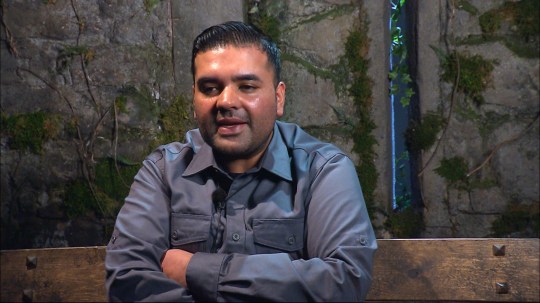 Naughty Boy has had a difficult time in the castle so far (Picture: ITV/Rex/Shutterstock)

Naughty Boy last overcame his fear of the Bushtucker trial on Friday’s episode, where he was covered in fish guts and other less-than-pleasant goodies in an attempt to win food for his camp mates.

The Watford native initially found the series hugely difficult and almost left the show, but Good Morning Britain Host Richard Madeley – who himself was forced to leave early due to health difficulties – revealed he spent a night consoling him and encouraging him to stay on. 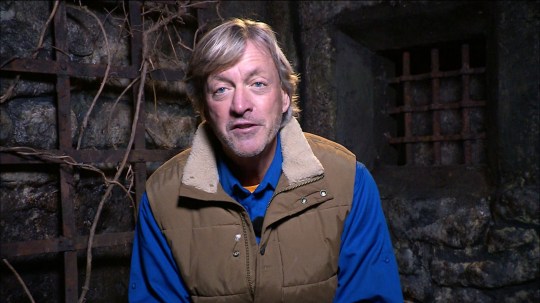 Richard Madeley revealed he and the camp mates had consoled Naughty Boy and encouraged him not to leave the series (Picture: ITV/Rex/Shutterstock)

Describing him as ‘inconsolable’, the 65-year-old wrote for the Express: ’A dejected Naughty wasn’t delivered back to clink until the small hours, and we were up with him until close to dawn trying to comfort him and talk him out of walking off the show.’

Elsewhere on Tuesday’s episode, the producer clashed with Paralympian Kadeena Cox as he told her to ‘chill’ while he cooked after she had completed a trial.

I’m A Celebrity airs at 9pm on ITV and ITV Hub.