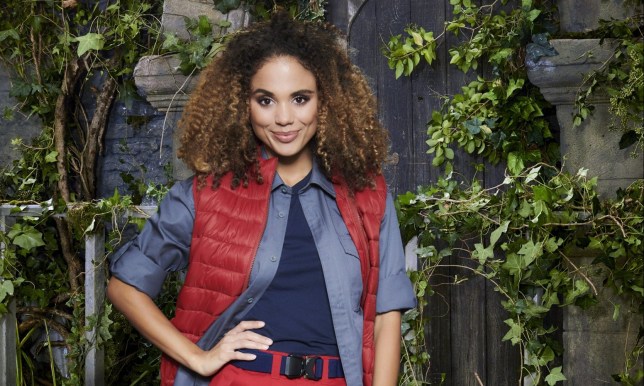 Jessica Plummer is heading into the jungle this weekend (Picture: ITV)

I’m A Celebrity… Get Me Out Of Here! star Jessica Plummer has recorded weeks worth of voice messages for her four-year-old daughter Noa to listen to while she’s in camp.

The former EastEnders actress is one of the 10 celebrities heading to Wales for this year’s series of the ITV show and she’s revealed she’ll miss her little one the most.

Ahead of going into isolation though, Jessica made sure to capture bespoke voice notes for Noa to listen to every day while she’s away.

‘The longest we’ve not seen each other is four days and she’s my little girl,’ Jessica told Metro.co.uk. ‘It’s going to be really weird. I hope I make her proud.

‘I’ve recorded messages for her, just like “good morning Noa”. I’ve recorded up to three weeks just in case I’m there for the long haul, which means she’ll have a message from me every day.

‘She’ll be around family so I know she’ll be absolutely fine, but it will be very strange for sure.’

Jessica added: ‘The closer we get to it now the more excited I am but the more daunting it is to think I’m potentially not going to see her for up to three weeks, which is heartbreaking.’

The actress will be joining Sir Mo Farah, Victoria Derbyshire and Shane Richie on the ITV show.

The new series, hosted by Ant and Dec, will take place at Gwrych Castle in North Wales rather than the usual location in the Australian jungle, due to coronavirus restrictions.