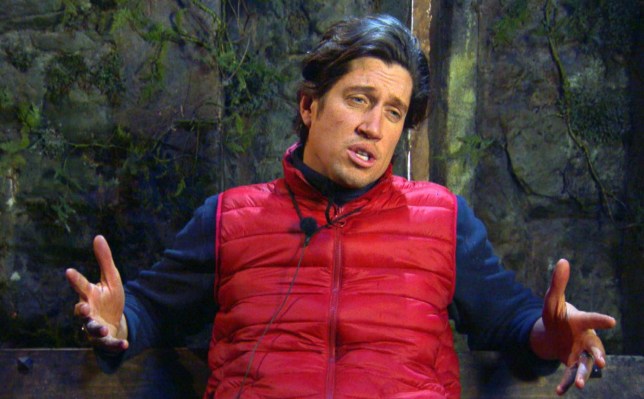 The stickers on your bananas may once have been stuck on by Vernon Kay himself (Picture: ITV/REX)

Vernon Kay might be one of TV’s most recognisable faces now, but he admitted he had less glamourous jobs in the past – including sticking the stickers on bananas.

The I’m A Celebrity… Get Me Out Of Here cast were discussing what the worst jobs they’d ever had were when Vernon made his admission.

He explained: ‘I worked in a banana factory sticking stickers on bananas in Bolton, a banana ripening factory. I did it until I was 22 before I moved to London. I did it every summer.’

Who knew all those banana stickers were stuck on individually by hand?

He added in the Telegraph: ‘Some of my jobs sound awful but I loved every single minute of what I did.

‘I made great friends whilst I was sticking stickers on bananas. I nearly blew up the banana factory by the way, but that is a different story altogether.’ 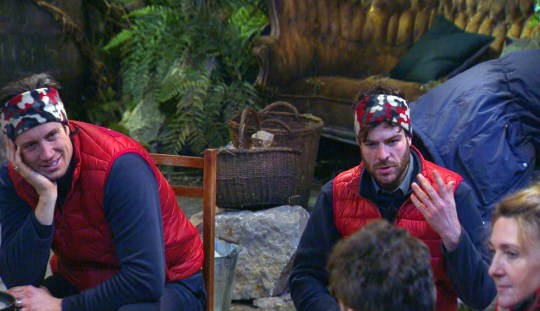 The celebs discuss the weirdest jobs they had ever had (Picture: ITV/REX)

The other campmates also shared their worst jobs, with Jessica Plummer quitting her job at a jewellery store after one day because she was bored, while Giovanna Fletcher used to work at an off-license.

Beverley Callard also shared that she was a receptionist for a hypnotist, but his powers did not work on her.

She explained: ‘I was his receptionist, he was a hypnotherapist. He was really, really good. 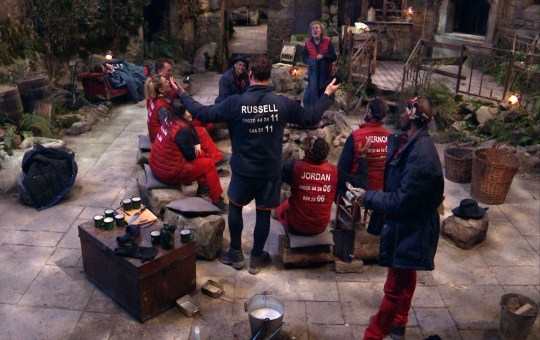 Russell Watson led a singalong for the campmates (Picture: ITV/REX)

‘He used to obviously stop people smoking but not me. I used to stand on the loo and blow my smoke out the window.’

The campmates have bonded in the week they have been in the castle and were later seen singing Oh, What a Beautiful Mornin’ led by Russell Watson while swaying arm in arm.

They may not be in sunny Australia this time around but the I’m a Celeb campmates still appear to be having a great time nonetheless.

I’m A Celebrity… Get Me Out Of Here airs weeknights from 9pm on ITV.