There was no stopping these two hungry campmates (Picture: ITV)

I’m A Celebrity… Get Me Out Of Here! contestants Simon Gregson and Kadeena Cox have confessed they managed to sneak food past bosses and into the castle.

After leaving the ITV series in second place, Coronation Street actor Simon said he secretly brought in stock cubes upon his return to the show after the campmates were evacuated during Storm Arwen.

‘Every time I cooked I put a bit of stock cube in.’

Paralympian Kadeena also succeeded in hiding her contraband from the watchful eyes of the producers.

‘I did try and smuggle in some contraband, some Fruitella and Werthers originals and I’ll be honest I did get a handful in,’ she said. 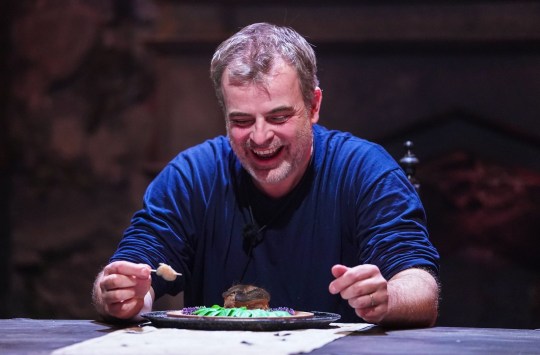 Although the two stars managed to get some goods past security, the food situation in the castle was still painfully bleak.

‘We found ourselves dreaming about food all the time, it’s all we would ever talk about,’ Matty Lee admitted.

Talking about rice and beans, Richard Madeley continued: ‘It’s like eating chopped up newspaper and water, that’s the texture.’

Louise Minchin added: ‘The rice and beans are relentless and they kind of grind you down because they’re bland and tasteless.’ 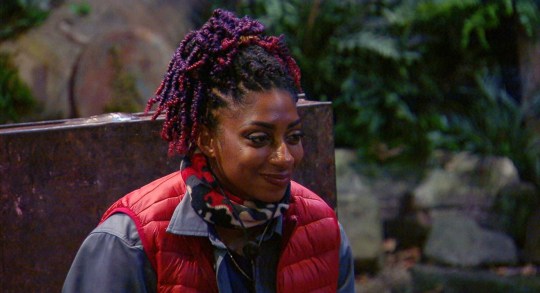 Oh, and to make matters worse, there were often times where Kadeena and Naughty Boy would butt heads as they prepared the meals.

‘Me and Naughty Boy created some fireworks in the kitchen of good food, but also big arguments,’ she confessed.

Naughty Boy added: ‘I did get a little bit hot in the kitchen but me and Kadeena are both passionate chefs.’

We bet hanger had a part to play…

Legends of the Castle airs at 9pm tonight on ITV and ITV Hub.