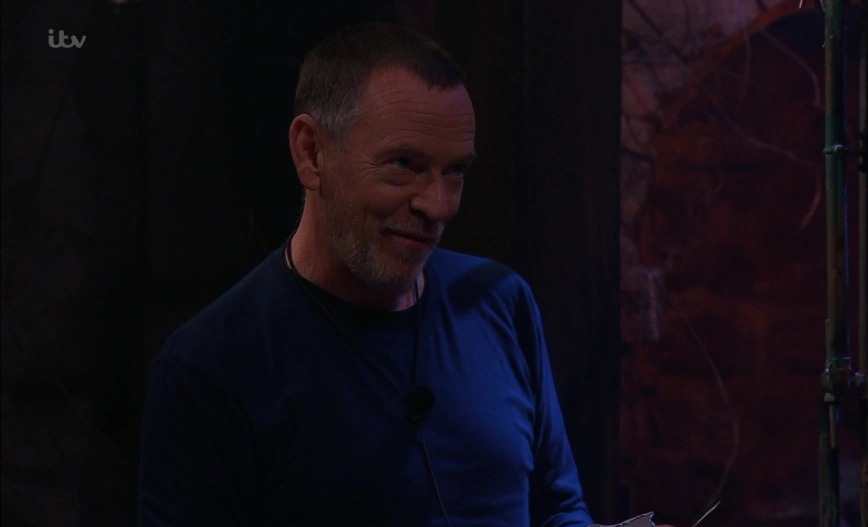 The trio were locked in a separate cell and the object of the trial was to open the lockers in the third cell and retrieve the 11 stars inside.

But they could only do this by retrieving the keys from the lockers in the previous two cells and pass them on.

Naughty Boy picked the last cell, Adam in the middle and David was in the first one.

As they worked to unlock the locks, they were pelted with rotten fruit and offal, meaning the task of finding the keys became harder.

They struggled to open the locks as the padlocks became increasingly slippery padlocks.

But David soon found a rhythm and he and Adam began speeding up, but Naughty Boy still struggled to open his padlocks.

Adam decided to drop some of the keys onto the floor in Naughty Boy’s cell.

Meanwhile, he struggled to get the stars in the bag, which wasted time.

A frustrated Adam asked: “Can I go in there [to Naughty Boy’s cell]?”

He then told David to stop collecting keys and said: “It’s kind of pointless, he’s got six keys on the floor.”

Ant and Dec were also urging Naughty Boy to get a move on as he struggled to get the stars in the bag.

Naughty Boy remarked: “This is definitely not my favourite Trial!”

Once the trial was over, Naughty Boy confirmed that they had manged to collect four our off 11 stars.

The musician pointed out that he was slowed down because Adam kept dropping the keys onto the floor.

He said: “That made it a bit difficult… I had to look for them in the mess.”

I tried my best”.

A surprised Adam was not impressed with Naughty Boy’s comment and went over to the musician’s cell to have a look.

The soap star remarked that he could easily see the stars on the floor – suggesting his method did not slow Naughty Boy down.

Naughty Boy said to Ant and Dec: “I’m disappointed as I’m the one who could have got another three.”

David added: “Don’t worry about that. Out of five games you can have a bad one.”

However, ITV viewers were quick to spot Adam’s reaction, with fans joking that Adam had merged into his BBC One character Ian Beale for a split second.

“Adam is literally playing himself as Ian Beale isn’t he?? Just less of a twerp. I’m almost convinced he threw those keys on purpose too,” another suggested.

Another added: “Adam – Ian Beale. No difference in personality it seems. #ImACeleb”