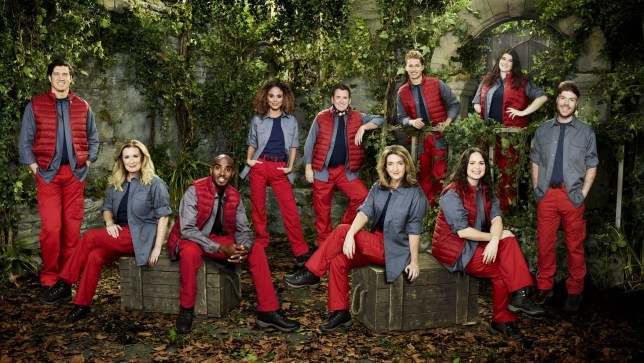 The celebrities have been told to pack multiple swimsuits (Picture: Rex)

The I’m A Celebrity… Get Me Out Of Here! campmates are bracing themselves for freezing cold showers as the show prepares to launch on Sunday.

Besides the gruesome Bushtucker Trials, the ITV show is renowned for its iconic waterfall scenes where the stars strip down and wash off all the dirt in next to nothing.

Although this year’s show has been moved to Gwrych Castle in Abergele, North Wales, the line-up has been told to pack multiple pairs of swimwear with them.

Meanwhile, broadcaster Victoria Derbyshire added: ‘I’ve got a couple of swimsuits that are post-mastectomy swimsuits, so they’ve got padding at the front because I’ve had a breast removed a few years ago.

‘I don’t feel exposed in them because it’s a proper swimsuit, it’s not a bikini. That makes me feel okay about that.’

Victoria isn’t over the moon about the prospect of shower scenes, but she’s going to take them in her stride none the less.

‘Obviously, you wouldn’t necessarily choose to have a shower in front of millions of people but it’s going to be seconds on telly,’ she added.