HIS grillings have left politicians’ careers in tatters – but rarely has one of Jeremy Paxman’s interviews ended with him vowing to take cannabis.

That is just what happens when the former Newsnight inquisitor meets Sharon Osbourne as part of a documentary looking at Parkinson’s — the disease he was diagnosed with last year.

Jeremy Paxman said: ‘I’m not living with Parkinson’s, I’m putting up with it’ 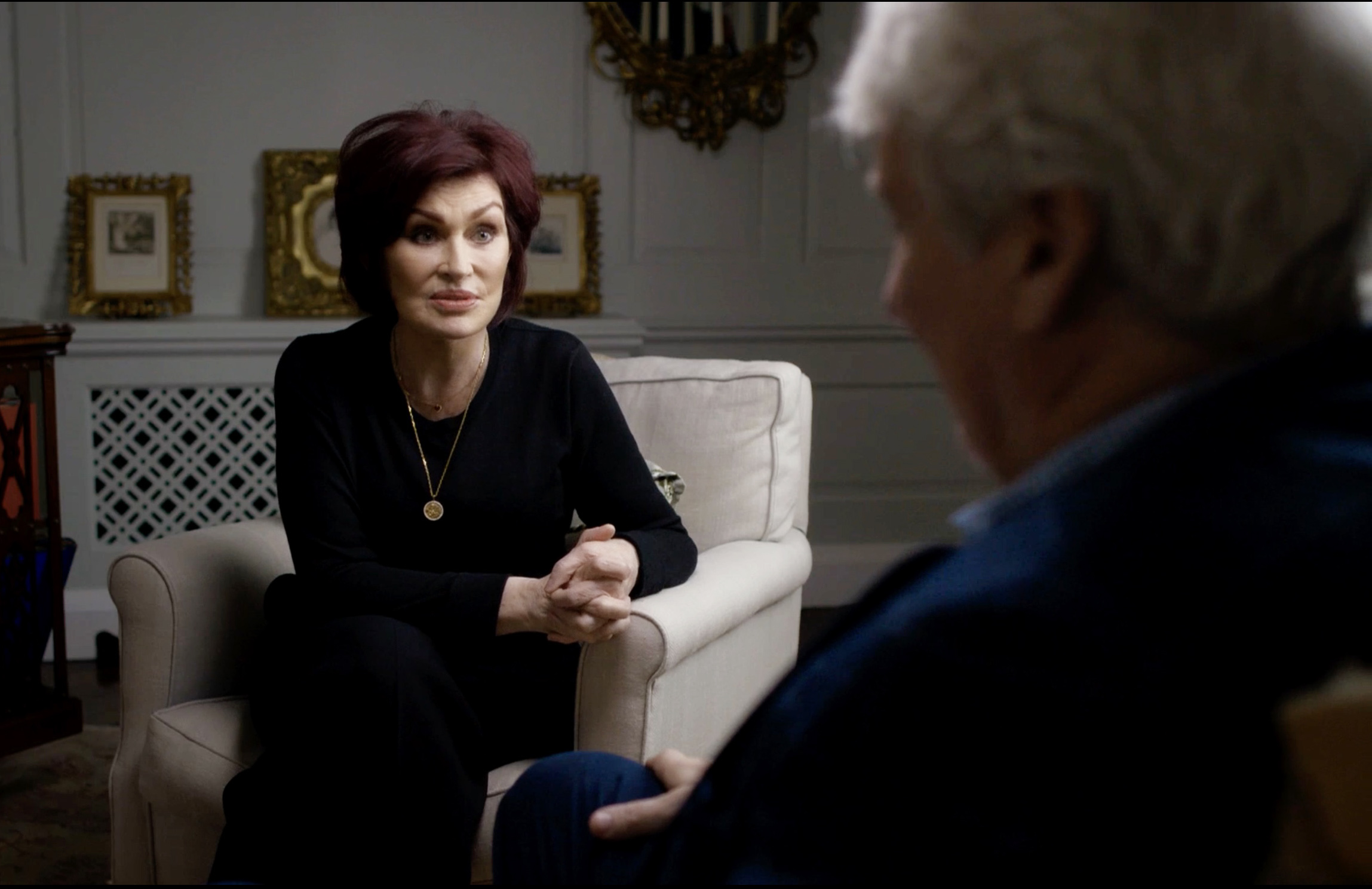 Sharon Osbourne tells Jeremy how her husband Ozzy, who also has Parkinson’s, takes a cannabis derivative to help

In the ITV show, which airs tomorrow, Sharon explains how rocker husband Ozzy takes a cannabis derivative — cannabidiol better known as CBD — because like Jeremy, he is kept awake at night by disturbing dreams brought on by his own battle with Parkinson’s.

Sharon tells Jeremy: “He was always on something, he always loved to dabble with the old drugs.

“But now he takes this stuff at night. What’s this stuff that everybody smokes? Marijuana. It is something from that — Cannabidiol.

“I’ll bring some over for you, you’ll love it. I’ll bring it back for you, Jeremy. I’ll probably get arrested coming through customs — but that’s nothing new.” 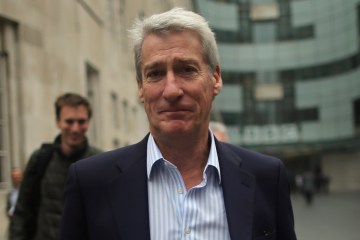 CBD extract can be ingested in a variety of ways — capsules, gummy sweets, oils and balms — and does not give patients the “high” associated with regular cannabis but is increasingly popular for combating pain, anxiety and other health problems.

In the doc, Paxman: Putting Up With Parkinson’s, he is far from shocked — declaring: “I’m on for it.”

But Sharon, 69, ticks off 72-year-old Jeremy for not doing more to combat his Parkinson’s.

She  points out how much Ozzy, 73, has suffered with the disease since his diagnosis in 2020 and how hard he has worked to keep the symptoms at bay.

She jokingly tells the TV veteran: “You’ve got to get your ar*e in gear. Do you do physiotherapy every day? You bloody well should.

“Ozzy tries so hard with his physio. I just think of my husband who, like you, was very energetic, loved to go out for walks and did a two-hour show on stage every night, running around like a crazy man.

“Suddenly your life just stops — life as you knew it. When I look at my husband, my heart breaks for him.

“ I’m sad for myself to see him that way but what he goes through is worse — and sometimes when I look at him and he doesn’t know I’m looking at him, I’m crying.”

Jeremy, who hosted BBC2’s Newsnight for nearly 29 years and has just quit as quizmaster on University Challenge, is still coming to terms with his diagnosis.

It came just 18 months ago — after he fell over in the street while walking his dog and had to be taken to hospital.

He recalls: “I made a terrible mess of my face. I’d gone straight down on my hooter, which is not small.

“I had cuts all over the place, I was a real mess.

“When I was in A&E, a doctor walked in and said, ‘I think you’ve got Parkinson’s.’

“It turned out he’d been watching University Challenge and had noticed my face had acquired what’s known as the Parkinson’s mask.

“I wasn’t as exuberant and effusive as normal, but I had no idea.”

The inactivity of facial muscles is one of the many Parkinson’s symptoms — around 40 in total — which experts can spot in the early stages of the progressive neurological condition.

I’m not living with Parkinson’s, I’m putting up with it.

But not all of the 145,000 people in the UK affected by the disease will notice them because their development is often gradual and subtle.

Others include tremors, slow movement, stiff muscles and an inability to smell, sleep and recall information.

Parkinson’s can occur in the young, too, though most people will be diagnosed when past the age of 50.

Like many sufferers, Jeremy is prone to very low moods, particularly when it affects his ability to continue his acclaimed work as a journalist and author.

He says: “I enjoy writing. When, occasionally, you get the right words for what you’re trying to say, it can be tremendously satisfying.  But I can’t type any more, which is really annoying.

“I think I’ve written something and it turns out to be gibberish — I think it is the Parkinson’s. It gets me down.

“I’m not living with Parkinson’s, I’m putting up with it.”

In one scene during the doc, he speaks with a nurse who is helping him combat his symptoms and tells her: “You don’t get better from this, do you? You just get to a more competent level of fakery. I’m beaten and I’m dejected. You always try to tell me that it’s not all doom and gloom — but it is all doom and gloom.” 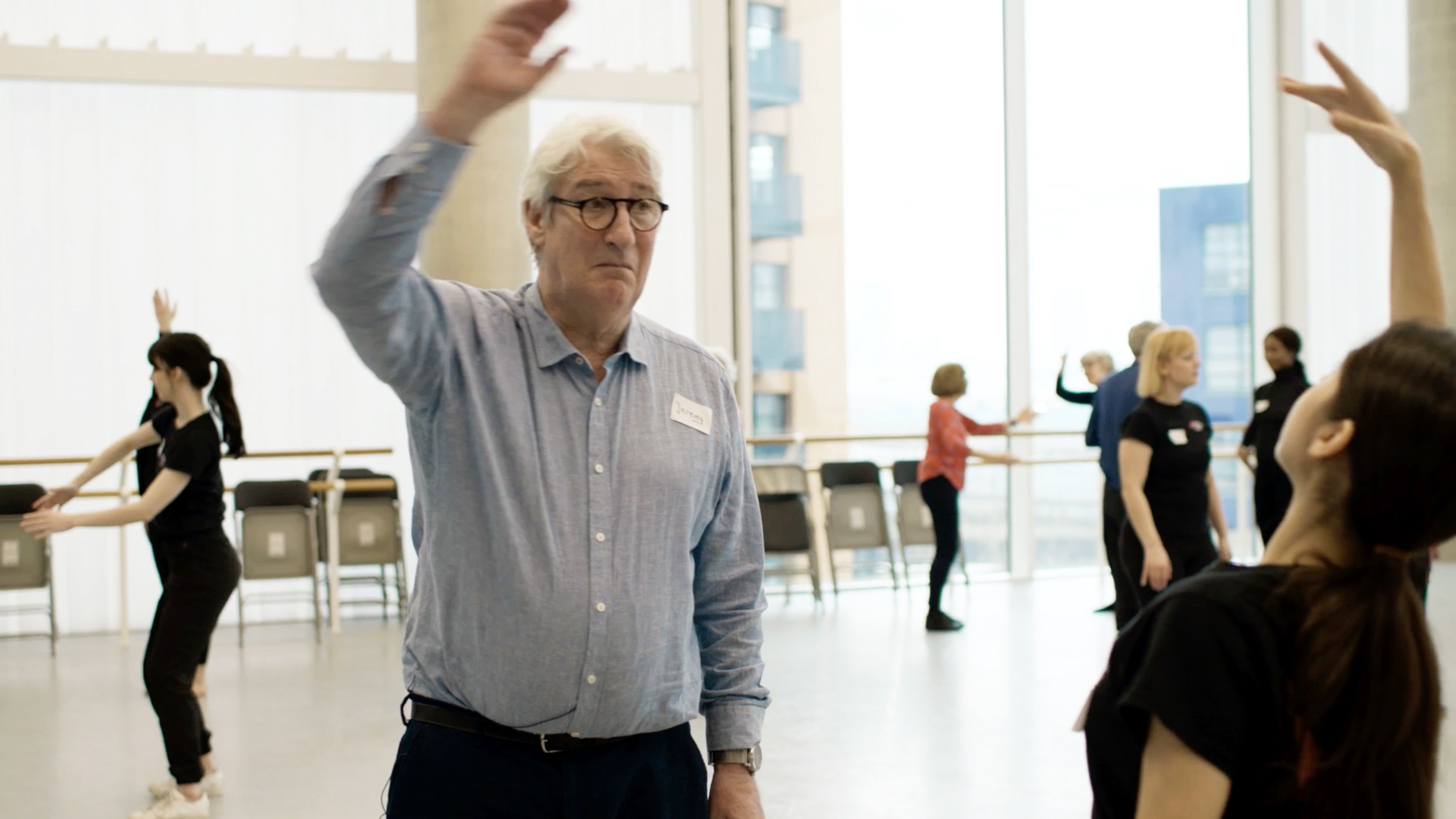 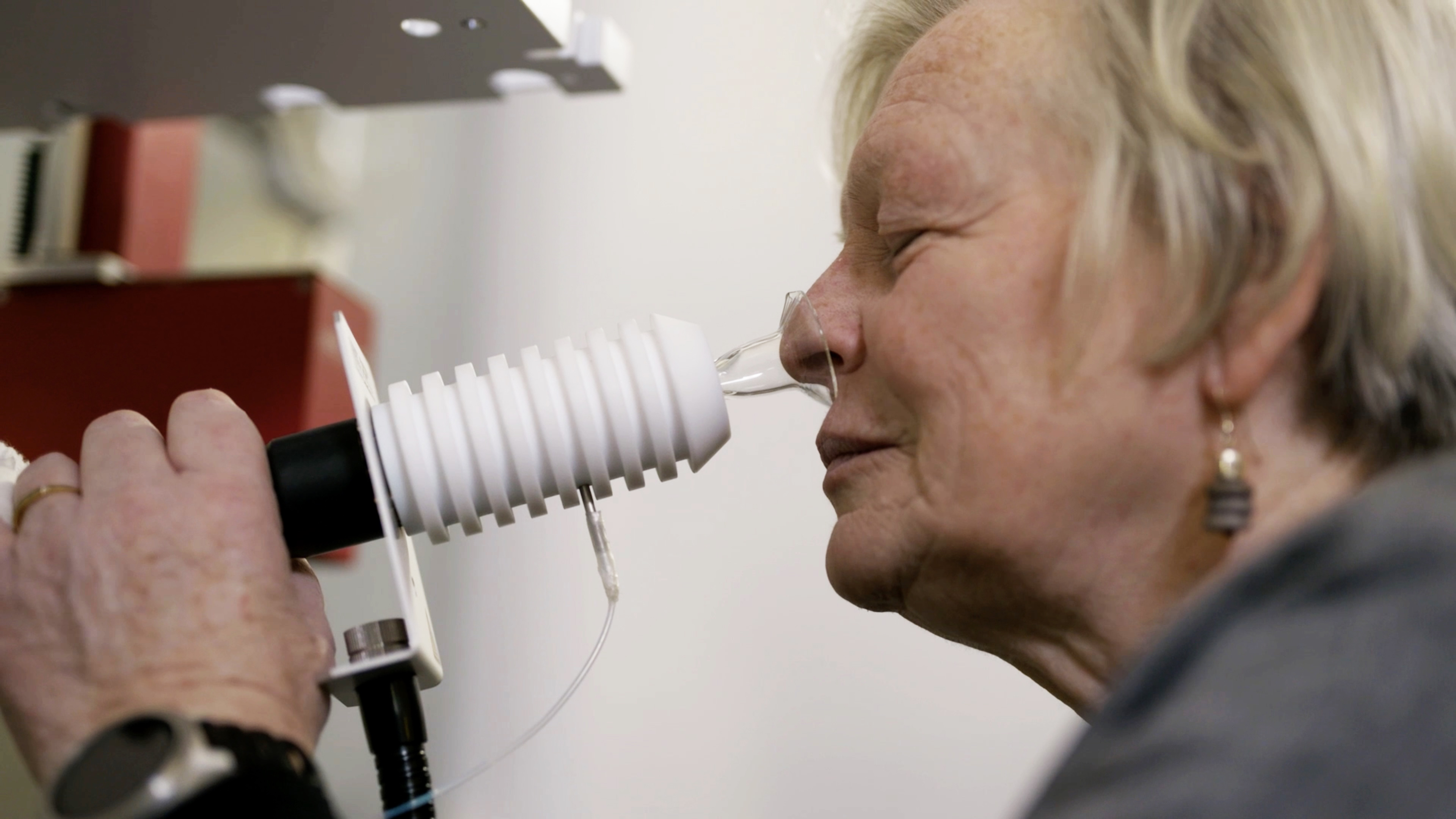 There are also some funny moments in the programme, though — particularly when Jeremy tries some therapeutic dancing with the English National Ballet, alongside some fellow Parkinson’s sufferers.

It involves performing moves Jeremy would struggle with even if not burdened with the disease.

He says: “It’s very difficult, but I did enjoy it, I enjoyed it very much. I thought it’d be very embarrassing — and it was. I felt like a bit of a fool. But I got over it quickly.”

At times when he is feeling well and upbeat, partly thanks to medication, Jeremy even manages to joke about his condition — particularly when he meets up with friends in his local pub in West London.

He says: “I quite often have a drink with a couple of mates who have Parkinson’s, who have the shakes quite badly.

“Never let them get you a drink from the bar because by the time they get back the glasses are empty.”

This has particular meaning for Jeremy because he has agreed to give his own brain to help scientists research the disease after he is gone.

He also goes to Manchester University where he meets a woman called Joy Milne, who can tell if people have Parkinson’s just by smelling them.

In fact, her skill is so precise she can even estimate how advanced a patient’s disease is, using a scale of one to four.

Upon meeting Jeremy, she has a good sniff and says: “You have the Parkinson’s smell, you do.

Get your ar*e in gear! Why not try cannabis
like Ozzy?

“You’re what I call a high two, and four is the highest level.

“So, you’re quite well at the moment. You could be a little better if you did more exercise — you could get down to a low two or a one, and you would feel better.”

Part and parcel of the next chapter of Jeremy’s life will be giving up some of the work he has done during a TV career that spans more than half a century.

That includes his many years on University Challenge, which he first hosted in 1994.

When it was announced last month that he would be stepping down from the role, it was greeted with genuine sadness among his millions of fans.

He will film his final episode on October 15. Jeremy says: “I think I’ve been doing University Challenge for nearly 29 years, which is a very long time — too long really.” 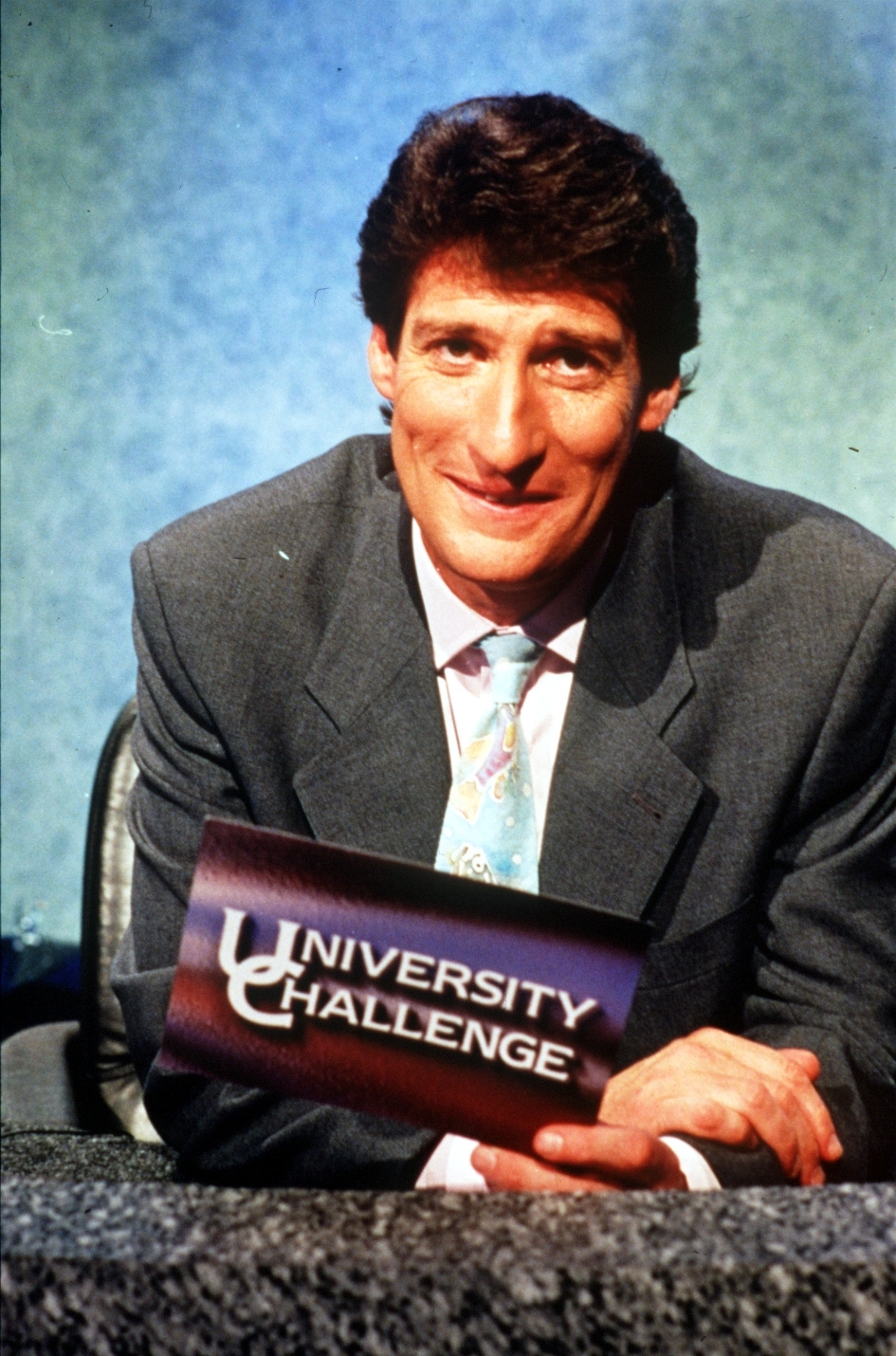 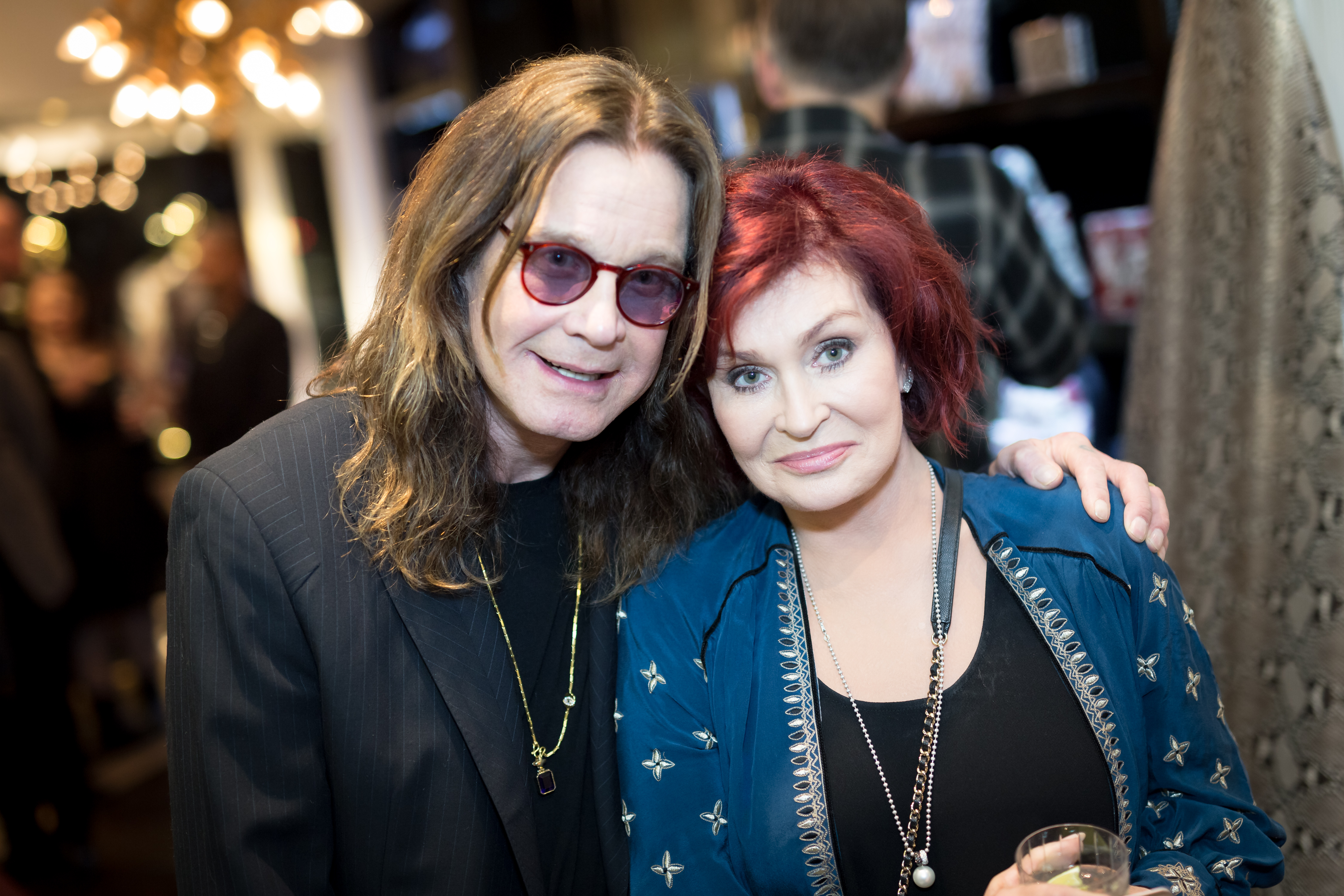 Now preparing to bow out, he adds: “I always think that if you’re scared of making a decision, do it.

“The University Challenge people have been brilliant but I do think I ought to stop doing it.

“I will be sad to give it up but no one is indispensable.”

If he were to battle on, he says: “It will become obvious there’s something funny about me — I mean, unusual — and I don’t want to spoil it for them.”

But the last thing Jeremy would want is pity, and he made the doc only in a bid to raise awareness.

He says: “I don’t want sympathy. I want people to just say: ‘That bloke’s got it’.

I think it’s an obligation to try to explain to people about it. But I don’t want to be involved in a film that is in any way encouraging of the ‘poor little me’ syndrome.”

It is fair to say, this documentary is much more than that.

LIFE IS A STRUGGLE, BUT DRUGS HELP SYMPTOMS

PARKINSON’S disease is a condition in which parts of the brain become progressively damaged over many years.

As the condition progresses, the symptoms can get worse and it can become increasingly difficult to carry out everyday activities without help.

It is thought that around one in 500 people are affected, with men at higher risk than women.

Most sufferers develop symptoms when they are over 50, although about one in 20 people first experience symptoms before they are 40.

The three main symptoms are involuntary shaking of parts of the body, otherwise known as tremors, slow movement and stiff and inflexible muscles.

A person with Parkinson’s can also experience a wide range of other physical and psychological symptoms, including depression and anxiety, memory problems and issues with balance.

Although there is currently no cure, treatments are available to help reduce the main symptoms and maintain quality of life for as long as possible.
If you are concerned that you may have symptoms of Parkinson’s, speak to a GP. And for more information, contact Parkinson’s UK – visit parkinsons.org.uk.