He’s unstoppable, Idris Elba. The British actor – you’ll know him as Luther, Stringer Bell in The Wire and Marvel deity Heimdall – has more strings to his bow than the British Olympic archery team.

Recently, he released his dancefloor-filling track Walk Of Shame and all summer he’s been DJing in Ibiza.

‘I love being in different parts of the entertainment industry at the same time,’ he says. ‘It’s as pure as it can be. I really like that. People say, “He’s a Renaissance man” or “You’re doing too much”. But it’s “creativity”.’

We’re meeting at a swish hotel the night after Three Thousand Years Of Longing – one of two new films he’s got out in the next week – premiered at the Cannes Film Festival.

A tasty-looking pastry stays in his hands throughout, untouched, while his biceps bulge out his white T-shirt.

This man doesn’t need a body double. But this time, neither of his new roles are straight action. 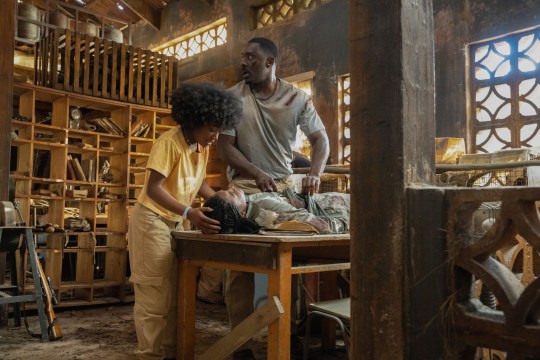 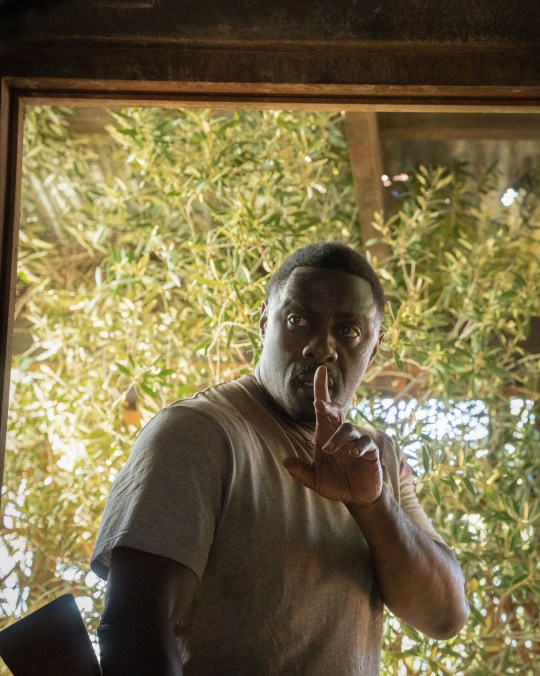 First to be released out of the cage this week is Beast, in which he plays Dr Nate Samuels, a father trying to protect his two daughters from a lion gone rogue on a South African game reserve. Yes, it’s ‘Jaws with claws’.

‘This character is definitely not an action hero,’ he says. ‘He’s not a superstar. He doesn’t hold a gun well. He’s just a guy in a really terrible situation. And that was appealing to me. It was certainly exciting for me to portray a character that doesn’t have some of the tropes around action heroes that we all see.’

Elba has two children of his own (a daughter with ex-wife Hanne Nørgaard and a son with former girlfriend Naiyana Garth), which undoubtedly pulled him into the story. Well, that and fighting a terrifying (computer-generated) lion.

‘I don’t like to watch films that I’m in. I typically go to a premiere, watch the first 10 minutes and then leave, but for some reason I stayed for Beast, which was torture. However, I was just fascinated about how we achieve the ferociousness of this lion, the fear factor of the human characters, and that merger.’

It’s a fantastic contrast to his role in Three Thousand Years… an achingly romantic adult fable about a lonely academic (Tilda Swinton) who releases a djinn from his incarceration.

Playing this wish-granting genie is Elba, who was anxious about being a cliché.

‘I tried to avoid that,’ he says. ‘Because there was a sense that every interpretation of a djinn has done exactly that. Djinns have hooked noses, cleft ears, whatever… and I was worried about that.’

He realised they needed something less cartoonish. ‘What you saw was a djinn that really wants to be human. And after three thousand years, he has had a long time to think about it.’

He shot in Sydney during the pandemic. ‘We loved it. My wife [the Somali-Canadian model Sabrina Dhowre] and I were there for six months. It was Covid-free. So that’s bonkers. You know, walking around on the beach. But it was beautiful.’

He also got to work with George Miller, the masterful writer-director of the Mad Max films.

‘I feel like this film was a masterclass for me. If I could say I got a certificate at the end of this, it would be my master’s. And that’s because George articulated every single layer that you see.’ 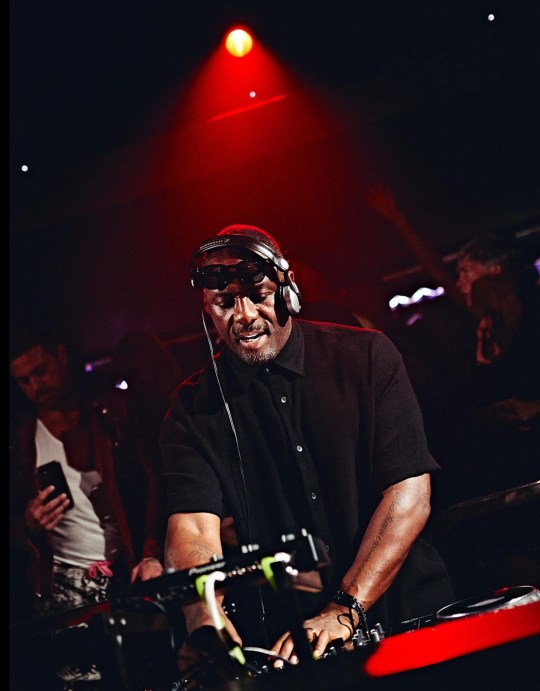 Away from acting and making music, Elba turns 50 in September.  So how is he celebrating?

‘I don’t have any plans. I wanted to really treat my body very well this year – I feel like on my 50th birthday, I’d like to just be really in good shape and happy. And then, moving into my second part of my 100 years, if that’s what we get, I plan to diversify my life. I feel like I can contribute in business and innovation.’

Whatever he does, you know he’ll crush it.

Want to party with Idris? This is your chance…

If you’re off to Ibiza this summer, pop down to Hï Ibiza, where every Friday, Idris Elba hosts the Club Room.

‘I’ve been DJing longer than I’ve been acting,’ says Elba, who still gets a thrill working the club scene. ‘I’m sort of addicted to that feeling. And I really enjoy it. Ibiza is very special. The energy in that part of world is designed for people to relax and have fun.’

But don’t you ever feel like dancing? ‘I dance in the booth! You see me DJ and I’m dancing. I think that’s why people come… to see my bad moves!’

Beast opens in cinemas on Friday; Three Thousand Years of Longing is released on Sep 2.