Luther star Idris Elba has appeared to respond to the recent drama surrounding the diversity of the BBC show.

Citing reasons including that Luther “doesn’t have any Black friends” and doesn’t eat any Caribbean food,” Wayland wrote: “When it first came out everybody loved the fact that Idris Elba was in there – a really strong, Black character lead.

“But after you got into the second series you got kind of like, OK, he doesn’t have any Black friends, he doesn’t eat any Caribbean food, this doesn’t feel authentic.”

In a new Instagram post this week (April 14), Elba appeared to cryptically respond to the criticism, sharing a quote attributed to himself, “IE.”

He wrote: “We must not pull ourselves backwards, only push ourselves forwards.” 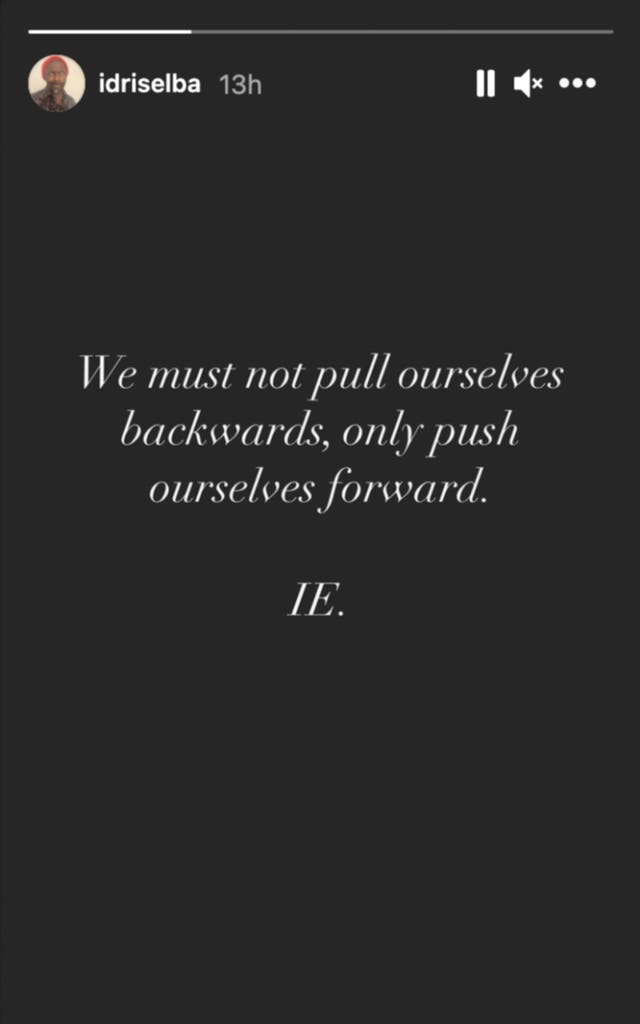 Discussing what can be done with the Times, Wayland added: “It’s about making sure that everything around them — their environment, their culture, the set — is absolutely reflective.”

A BBC spokesperson then responded in a statement, saying: “Luther is a multi-award winning crime drama series and the iconic role of DCI John Luther has become one of TV’s most powerful detective characters of which we are tremendously proud.

“The BBC is committed to its continued investment in diversity and recent BBC One dramas I May Destroy You and Small Axe are testament to that.”

Elsewhere, Idris Elba recently confirmed that filming for the Luther spin-off film will begin this year.

The actor and DJ, who portrayed DCI John Luther in the BBC crime drama series between 2010 and 2019, said he will finally get in front of the camera for a feature-length spinoff.