IDLES are raffling off one of their guitar amps in support of the Music Venue Trust’s #saveourvenues campaign.

After the music industry celebrated over 1,000 venues, festivals and theatres being awarded the first share of the £1.57billion Cultural Recovery Fund earlier this year, the MVT this month highlighted the 30 UK music venues which received no or little funding, and are still in perilous danger of closure.

To support the campaign, IDLES are launching a new raffle which could see fans win a Hiwatt guitar amp, used during their recent Abbey Road ‘lock-in’ livestreams, and a Hiwatt guitar head.

The raffle is £5 to enter, and every fan to contribute will be given a code to join a listening party for the band’s recent ‘Live At Ramsgate Music Hall’ live album, which they announced back in June to help save the Kent venue.

Fans can enter the raffle here, with entries accepted from 12pm today (November 23) to 6pm on November 26. 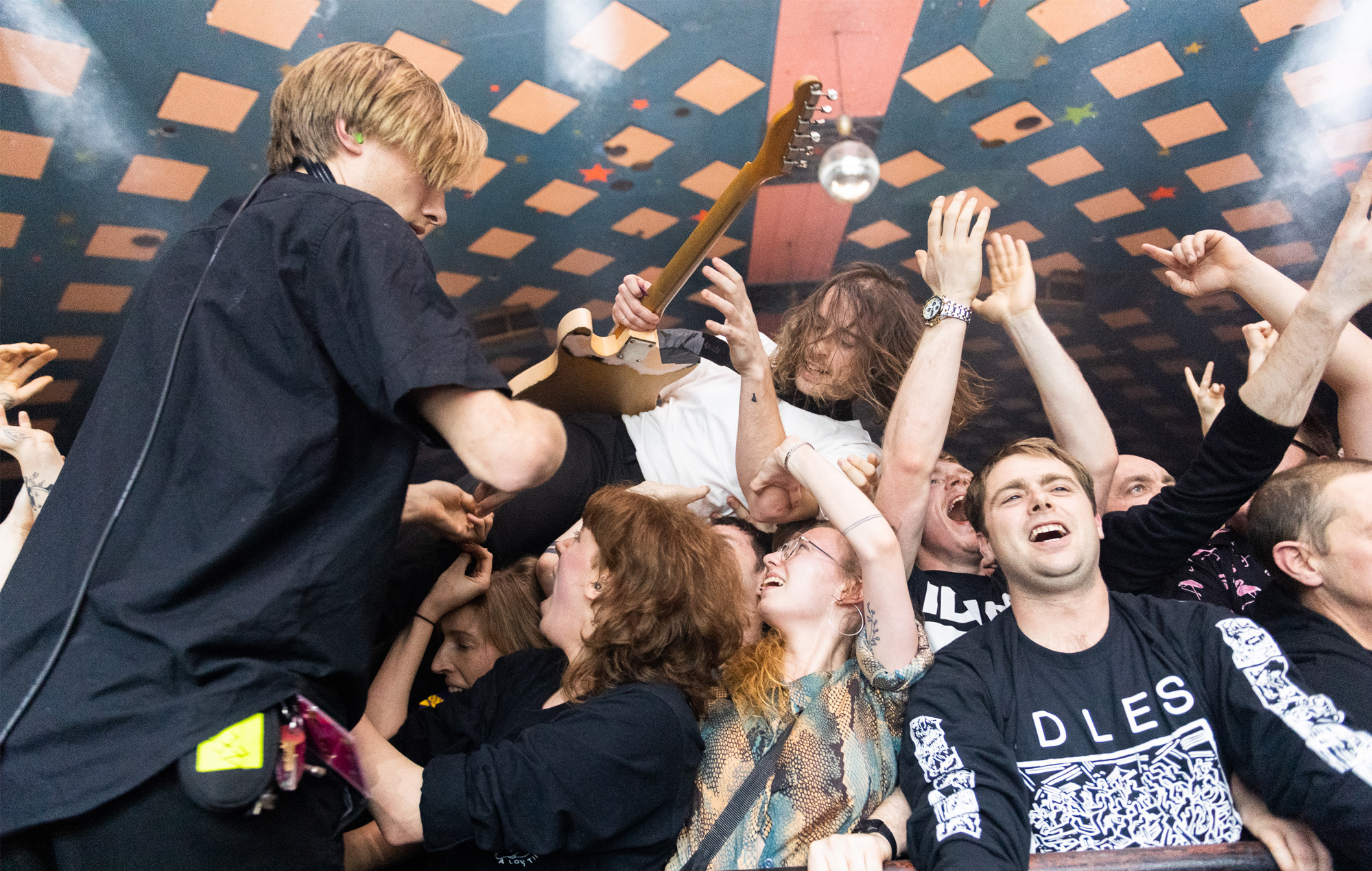 Speaking of the raffle, IDLES guitarist Mark Bowen said: “We would have been in the middle of gigging season right now, where grassroots music venues and musicians make their bread and butter, they need your support now more than ever.

“Grassroots music venues are where music progresses, they are the places where future festival headliners start out, its where the music on the fringes gets an opportunity to grow and turn into popular music of the future, they are places of escapism and to speak to our times, make us think of the world around us. They are our culture.

He added: “Our government derides independence in culture and especially the music industry, this short-sighted view of culture and its economy will be all of our undoing’s. Support an independent venue/artist/movement where you can.”

In the latest round of government funding, 89 per cent of England’s grassroots music venues who applied for the Arts Council grants were successful, meaning that hundreds will be receiving a share of over £41million and largely mothballed until at least April when it is hoped that full-capacity gigs might be able to safely return.

Venues included in the new list of 30 in danger include London venues The Lexington and the Brixton Windmill, The Venue in Derby, The Railway Inn in Winchester, The Gellions in Inverness and The Lantern in Halifax.