The end of an era. Tiger Woods revealed that he will “never” play golf again full-time following a car accident that left him with multiple leg injuries.

The 45-year-old addressed his future in the sport in an interview with Golf Digest on Monday, November 29 — and admitted that he has come to terms with the fact that he will never be the same player he once was.

“I think something that is realistic is playing the tour one day, never full-time ever again,” he said. “It’s an unfortunate reality, but it’s my reality. And I understand it, and I accept it.”

He added, “I don’t have to compete and play against the best players in the world to have a great life. … I can still participate in the game of golf. I can still, if my leg gets OK, I can still click off a tournament here or there.” 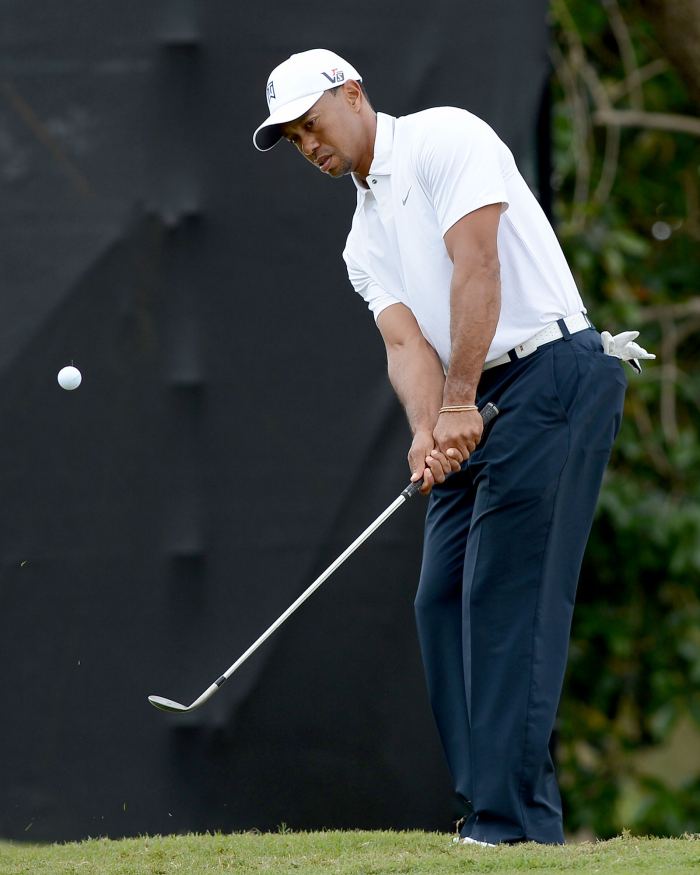 On February 23, the golf pro suffered severe leg injuries after losing control of his vehicle in Los Angeles.

“The first contact was with the center median, from there then crossed into the opposing lane of traffic, hit the curb, hit a tree, and there were several rollovers during that process,” Los Angeles County Sheriff Alex Villanueva said in a press conference following the accident.

The sports icon was wearing a seatbelt when the incident occurred, which authorities said likely saved his life.

“The front end [of the car] was totally destroyed, the bumpers, everything totally destroyed, airbags deployed, all of that,” Villanueva stated. “However, thankfully the interior was more or less intact, which kind of gave him the cushion to survive what otherwise would have been a fatal crash.”

Woods’ injuries consisted of a shattered ankle and two leg fractures, one of which was a compound fracture. The night of the crash he underwent a “long surgical procedure on his lower right leg and ankle after being brought to the hospital,” a statement at the time of the crash noted. 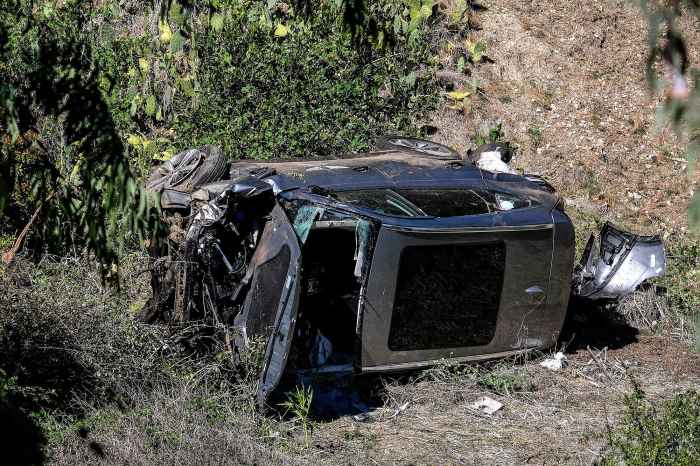 Vehicle rests on its side after a rollover accident involving golfer Tiger Woods along a road in the Rancho Palos Verdes suburb of Los Angeles on February 23, 2021. Woods suffered leg injuries in the one-car accident. Ringo H W Chiu/AP/Shutterstock

The 11-time PGA Player of the Year gave his first post-surgery interview in May, telling Golf Digest that the recovery from these injuries has “been an entirely different animal.”

At the time, Woods would not comment on whether he thought he would return to his signature sport — but one month later, a source exclusively told Us Weekly that the athlete had been focusing on his recovery during “twice-daily physical therapy” sessions.

However, “it’s been a two steps forward, three steps back situation,” the insider said. “He’s had several surgeries on his right leg, and after his second surgery, healing was much more difficult.”

When speaking with Golf Digest in November, the World Golf Hall of Fame inductee admitted, “I have so far to go [in my recovery] … I’m not even at the halfway point. I have so much more muscle development and nerve development that I have to do in my leg.” 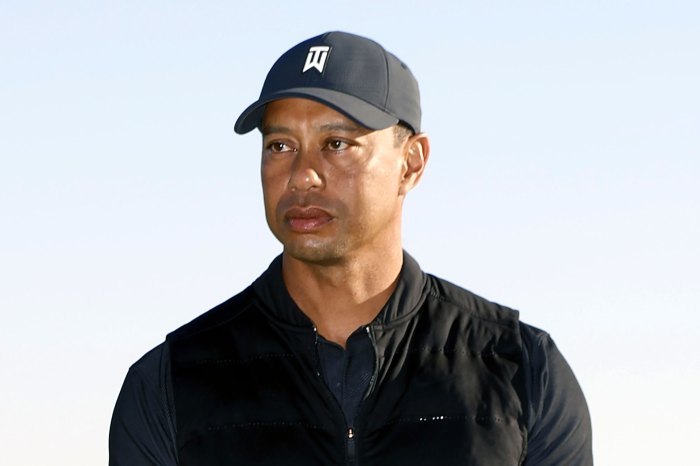 He continued, “At the same time, as you know, I’ve had five back operations. So, I’m having to deal with that. So, as the leg gets stronger, sometimes the back may act up. … It’s a tough road.”

However, in the months since his accident, he has learned to enjoy the little things in life such as watching his 12-year-old son, Charlie, pick up his clubs.

“I’m just happy to be able to go out there and watch Charlie play, or go in the backyard and have an hour or two by myself with no one talking, no music, no nothing,” Woods said. “I just hear the birds chirping. That part I’ve sorely missed.”