X FACTOR champion Louisa Johnson fell into such a deep depression in the years after her victory that she contemplated suicide.

The singer was just 17 when she became the youngest winner of the TV talent show in 2015. 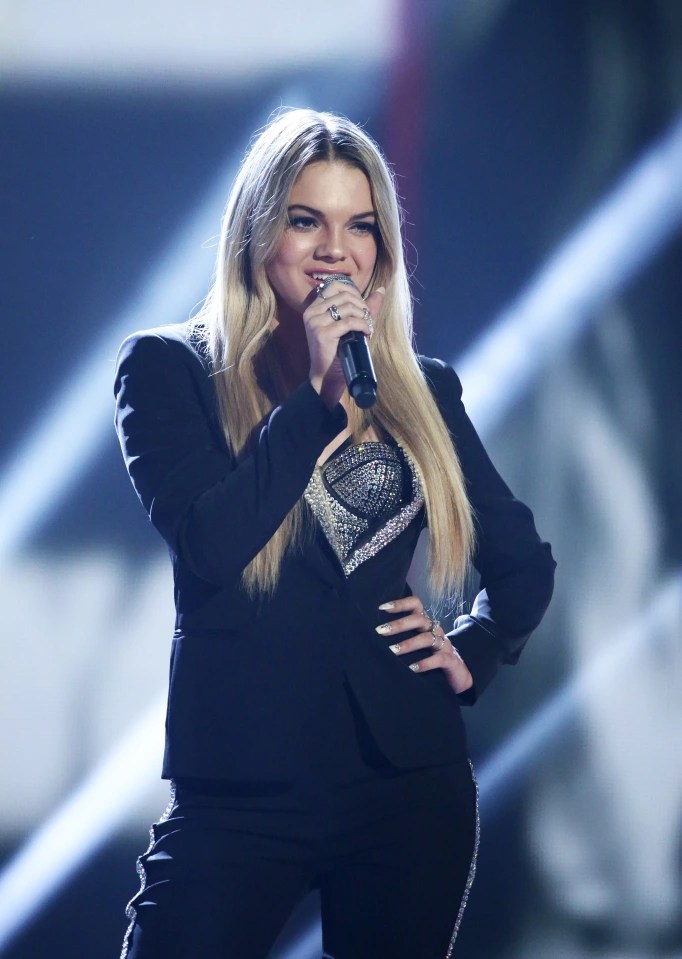 She signed a record deal with Simon Cowell and scored a top ten hit with her debut single, a cover of Bob Dylan’s Forever Young.

But within months of her triumph, Louisa found herself in a dark place mentally, grappling with life in the spotlight and unable to cope with the pressures of fame.

Despite a sell-out UK tour in 2016 and a successful collaboration with Clean Bandit, she would spend the next four years battling depression, panic attacks and PTSD.

Things reached a crisis point on her 23rd birthday in January this year when thoughts about taking her life clouded her mind and she checked into rehab to recover.

Louisa, from Thurrock, Essex, says: “I woke up and just didn’t want to be here any more.

“I was so fed up, I was done. I wanted someone to shake me. The unhappiness was like an annoying gnat that wouldn’t go away — it kept nagging at me, bugging me.

“I thought about taking my own life. But it was an idea rather than, ‘This is it, I’m doing it’.

“I have, what I like to call, a ball of fire inside me and I know I’d never do it because there is so much to look forward to in life. But that didn’t stop me thinking about it.

“As much as I’ve struggled, I know there’s a small part inside of me that’s a fighter. I won’t give up.”

Louisa quickly realised she needed urgent help, so she packed her bags and headed for a two-month stint in a rehab facility. There, she was treated for trauma, depression and anxiety.

‘Wanted to try anything to get rid of feeling s**t’

She says: “I’d been seeing a therapist for an hour every week for six months, but this constant sadness still wasn’t going. I was mentally drained and lost. “I wanted someone to look after me and that’s when my therapist said, ‘Have you ever thought about rehab?’ “I was shocked and confused but at the same time I just wanted to go. I wanted to try anything to get rid of feeling sad and st all the time. I was ticking along fine but I didn’t want to ‘tick along’, I wanted to help myself, I wanted to live.”

Louisa — whose close friends and parents, mum Lisa Hawkyard, 54, and dad David Johnson, 50, were her pillars of strength — reveals going to rehab was frightening but something she knew she had to do in order to get her life back on track.

Louisa says: “It sounded like such a bad thing and I was s******g myself, but now I’ve been, I know it’s not. It was the most life-changing, eye-opening, painful, liberating experience of my fg life.

“I didn’t come out of there thriving or feeling like a ‘new woman’. I still felt uncomfortable coming home, very scared I was going to get depressed again.

“It didn’t ‘fix’ me, but it helps me in my everyday life and it’s only now that I’ve realised that.

“When life gets stressful, overwhelming and tough I’m no longer going back to the mindset of ‘I can’t do this any more’. That’s the biggest change.

“I have the tools and techniques to identify that and cope with it.

“I feel more in control of my life. I know who I am now and what I want.”

Louisa isn’t the only former contestant to have struggled with life after The X Factor. 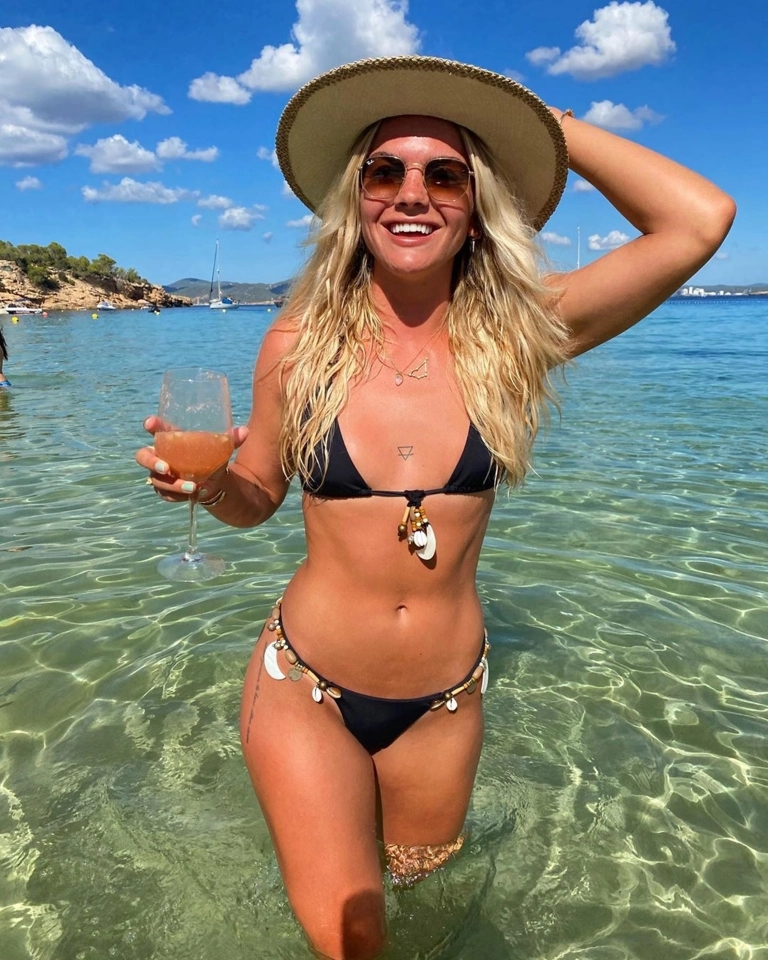 Louisa checked into rehab this year where she was treated for trauma, depression and anxiety While Louisa is adamant the programme wasn’t the sole reason for her mental breakdown, she believes better aftercare could have helped

Many of the stars — including Cher Lloyd, 28, Rebecca Ferguson, 35, and Irish twins Jedward, 30, — have since hit out at the show, which pulled in nearly 20 million viewers at its peak, but was axed by ITV this year.

While Louisa is adamant the programme wasn’t the sole reason for her mental breakdown, she believes better aftercare could have helped.

She says: “I feel like I could have had more support professionally.

“We had no support from the show for our mental health and no one sat me down and talked to me about what life would be like.

“I wouldn’t change anything about being on the show because it’s all part of my journey. Yes, it would have been great to have had therapy after but I probably wouldn’t have done it because I wasn’t ready.”

Louisa began struggling immediately after she won the 12th series in December 2015. She says: “In the three months after the show ended, I became really depressed.

“My life went from being crazy — people made me breakfast, told me what to wear and I got cars everywhere — and then I went home and everything was ‘normal’ again.

“I was so sad and was in bed all the time. I was like, ‘How has my life gone from all this glitz and glam to being back home in my bedroom at my parents’ house?’ To be honest, I don’t remember too much about the show and life after it because I was disassociated and numb. I was just doing what I was told and wasn’t actually present.

“I didn’t care about anything — Beyonce could have knocked on my front door and I wouldn’t have opened it.”

She started to suffer panic attacks each week and remembers one coming on as she was about to take the stage with Clean Bandit, six months after her win.
She says: “We were about to do our first live performance of Tears and I felt so anxious. I couldn’t breathe.

“It felt as though someone had their hands wrapped around my throat. I have no idea how I got through it. The bouts of depression and anxiety then came in phases. Overall, I started to feel numb and didn’t enjoy life in general.

“I didn’t want to go out with my friends or do anything. I just wanted to stay at home.

‘Trauma can manifest itself in many different ways’

“I had high-functioning anxiety and I’d shut down.”
It wasn’t until 2019, when Louisa started to have therapy, that she was diagnosed with trauma.

She says: “My trauma wasn’t uncovered as one thing, it was a series of events that had happened over my lifetime. I didn’t have a great experience at school, I left at 17 to do X Factor and was then catapulted to fame in the space of six months. The shock and extreme emotions I had in such a short space was too much.

“I was a child and then I had to be a woman really quickly in front of a lot of people.

“I had no idea what I was doing and that gave me PTSD. It sounds dramatic because I hadn’t had a car crash or been to war, but I’ve learnt how trauma can manifest itself in so many different ways.”

Louisa says recording music has made her feel happy again.

She says: “I’ve been working on new music with my team that we’ll be releasing early next year.

“It’s very raw and honest — like a diary. I can’t wait for the fans to hear it because it explains what I’ve been doing over the past few years.”

Now, she is looking to the future. Louisa says: “Going to therapy is normal to me now. When I speak about it in everyday conversations, people still sometimes look at me as if to say, ‘You’re in therapy — what’s wrong with you?’ but it’s part of my life and part of being healthy.

“I haven’t had a panic attack or gone to that dark place where I was before rehab and I’m so thankful.

“I know it could happen again, but I’m prepared for it if it does, but for now I’m working on growing my confidence every day and it feels good.” 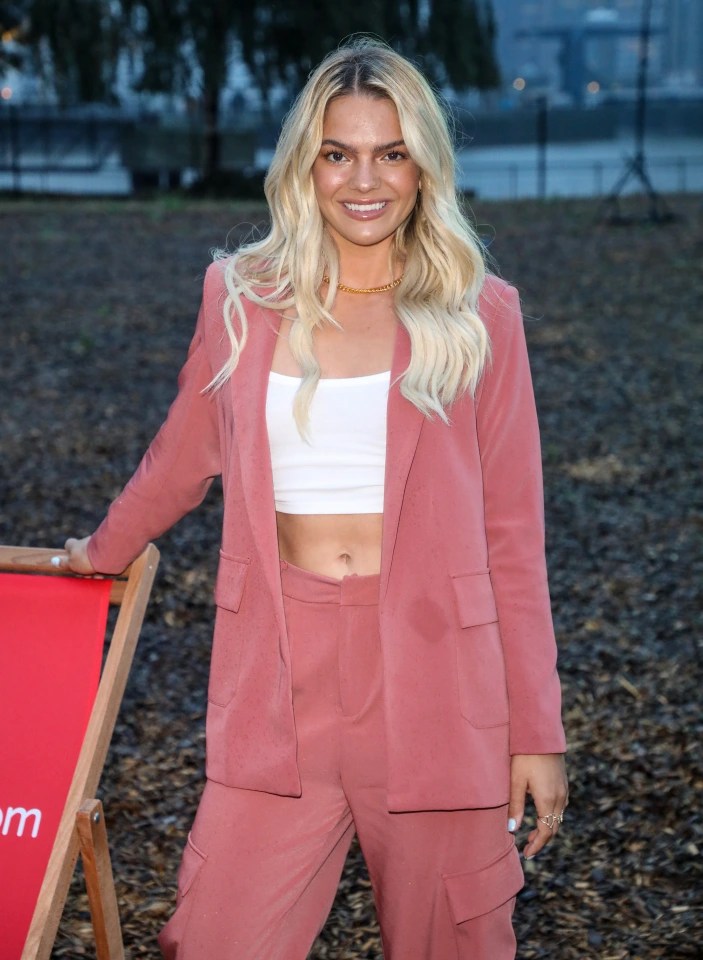 Louisa says recording music has made her feel happy again