THE Sex Pistols boat trip on Jubilee Day 1977 was where the punk rock dream collided with reality – and also the Metropolitan Police.

Until that fateful and legendary night on the Thames, it was possible for wild young things like the Pistols and myself — a staff writer on the NME at the time — to believe that our rebellion would change the world.

And that night, the punk rockers got a good kicking. The evening began so pleasantly. After all the nights my punky peers and I had spent frequenting dark, dank basement clubs such as The Roxy in Covent Garden, we emerged blinking, vole-like, into the sunshine.

The plan was a classic stunt by the band’s manager Malcolm McLaren — the Pistols would play the gig of their lives as we sailed past the Palace of Westminster, seat of the British establishment and home to all those “Boring Old Farts”.

It has just been recreated for Pistol, Danny Boyle’s new Sex Pistols biopic series, recalling that summer evening 44 years ago.

A motley crew set sail. The Sex Pistols themselves, their entourage and friends, a few key allies from the inky weekly press and a scattering of foreign photographers.

I remember Sid Vicious was feeling unwell — either sea sickness or the early- onset of heroin addiction. Paul Cook and Steve Jones — drummer and guitarist — mingled like perfect hosts.

John Lydon, aka Johnny Rotten, and I had a long conversation before the band took the stage — although there was no actual stage, the band just set up midship.

Rotten could be as imperious and stand-offish as any opera diva, which was a bit rich for a one-hit wonder from Finsbury Park. But that night he was all charm. 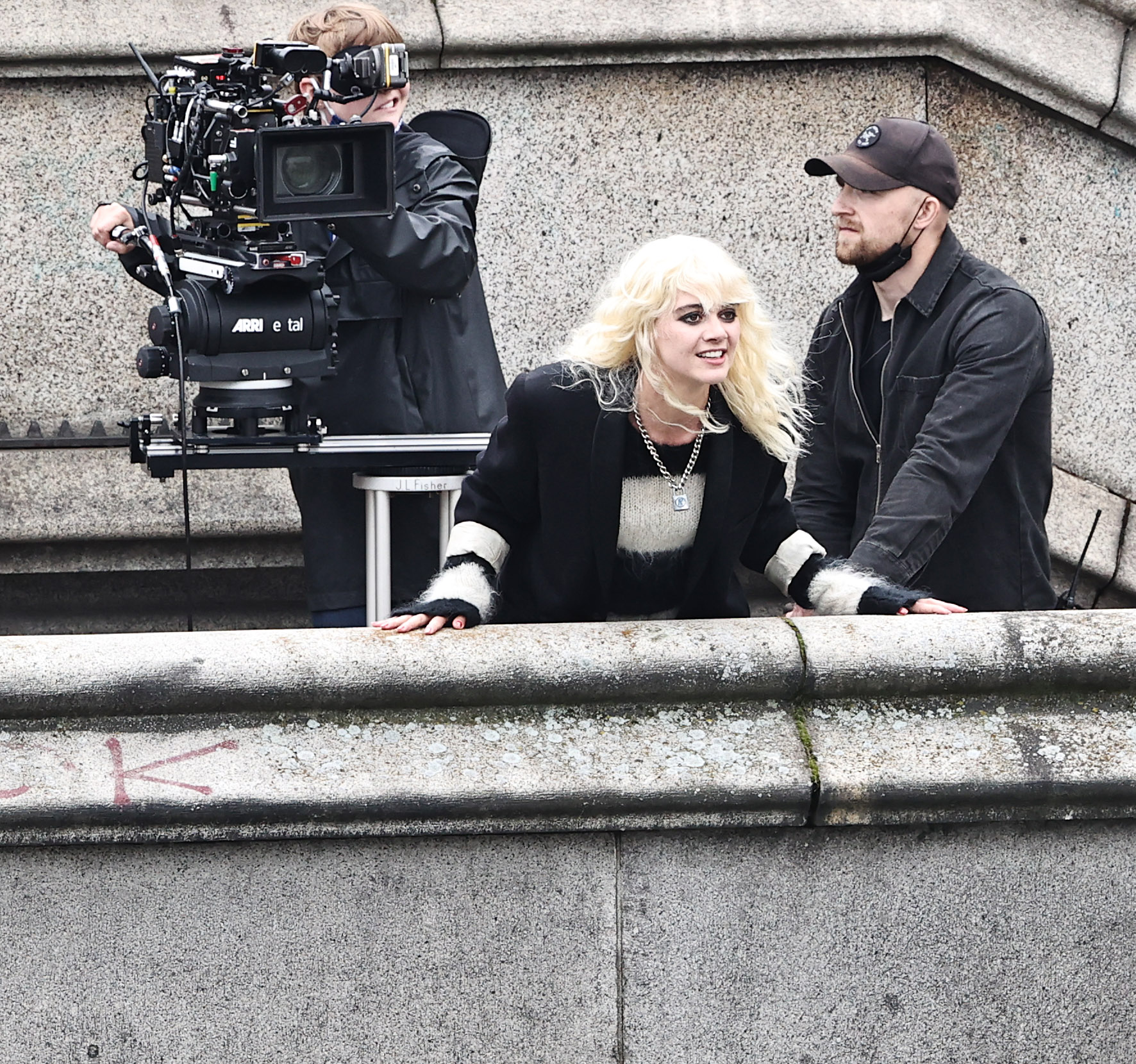 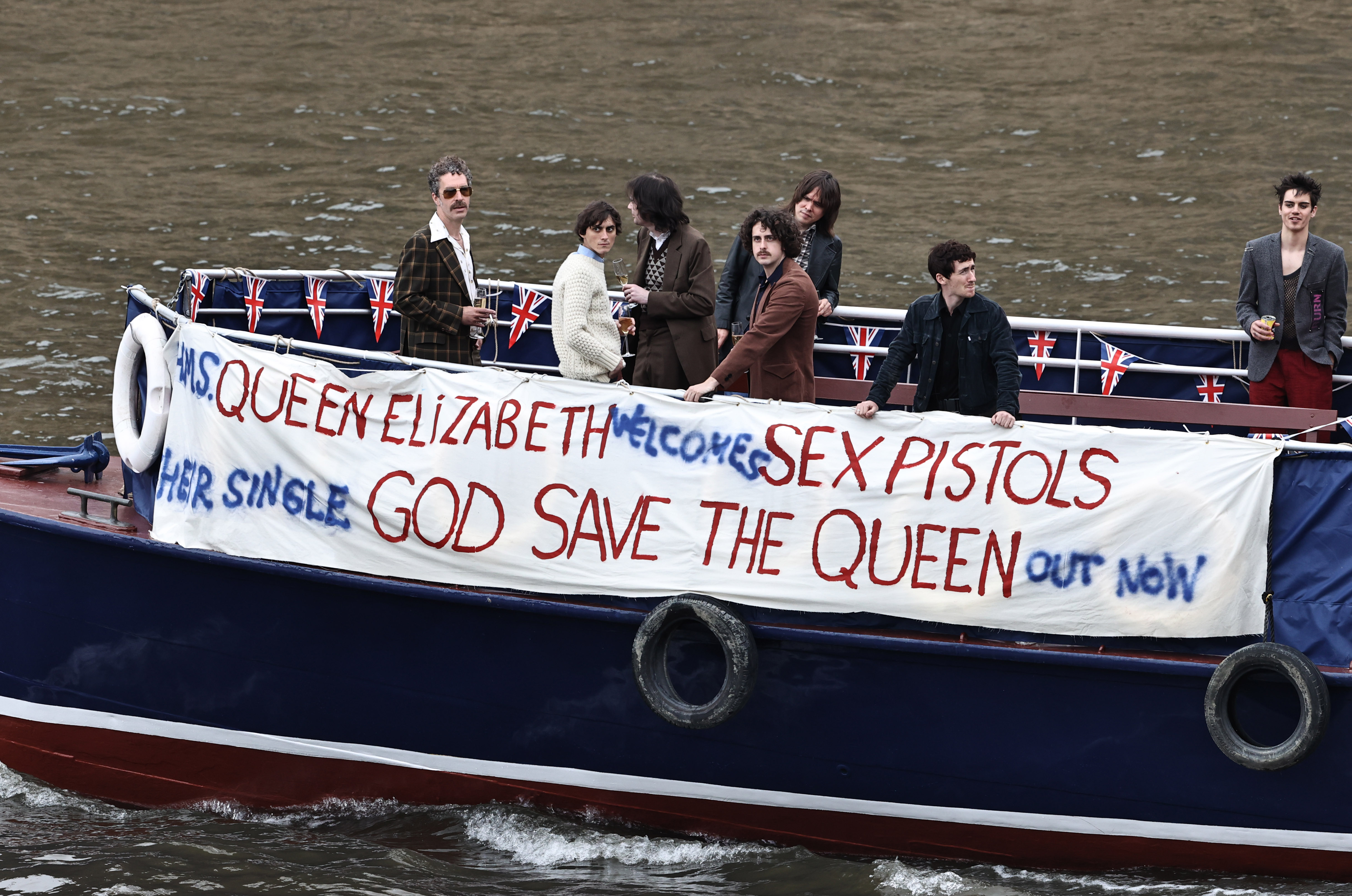 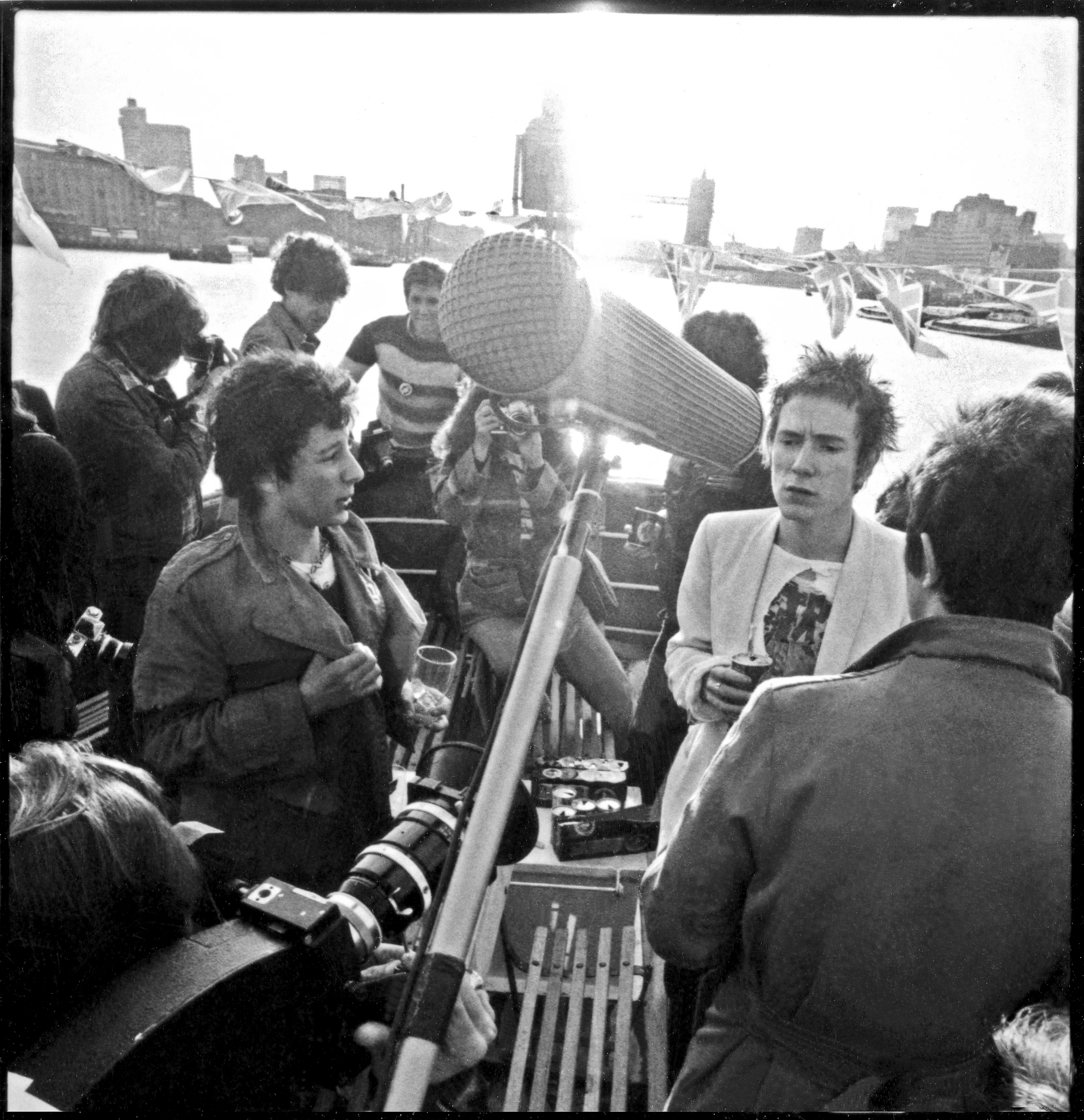 Johnny Rotten (John Lydon) of English punk rock band the Sex Pistols being interviewed aboard the Queen Elizabeth on the River Thames on June 7, 1977 during their Silver Jubilee Boat TripCredit: Redferns 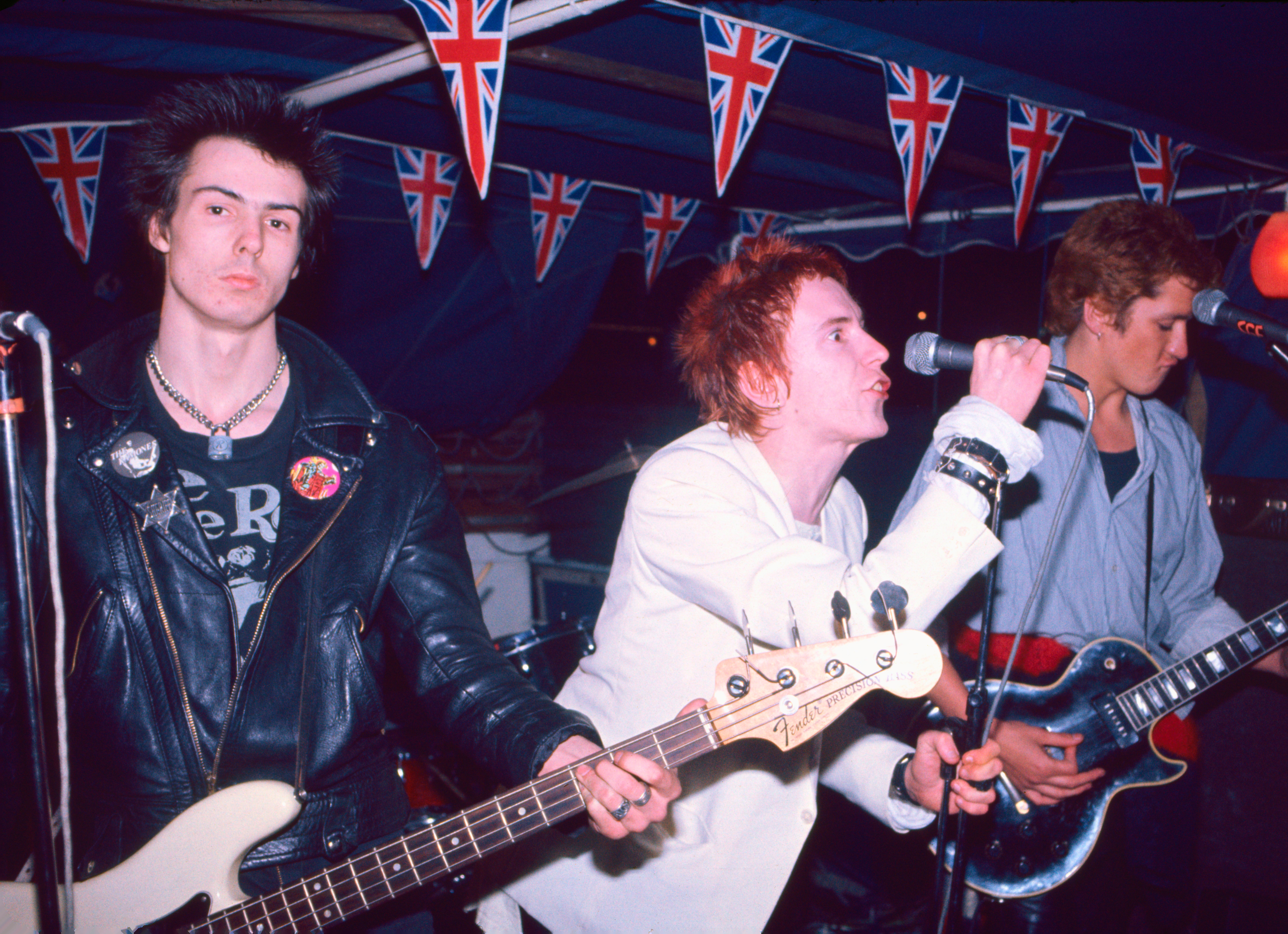 The band went on stage as the light faded and the night went to hell. This is what people don’t understand about the Sex Pistols, they were a truly great band who became a circus act.

Because John didn’t like him, they fired their principal songwriter and musician, Glen Matlock, which was like the Beatles kicking out Lennon and McCartney.

Matlock was replaced by Sid Vicious because he looked the part, even though he couldn’t play a note, and after that everything was about image and sensation, and being the most notorious band of all time.

And yet when they crashed into God Save The Queen on that boat trip, it felt like the very essence of rock ’n’ roll, and everything the music had once been — young, wild, and not built to last.

And it didn’t. A photographer got a bit too close to the band and some Johnny Rotten sycophants in the crowd took offence and gave him a pasting.

The grown-ups got scared. Someone pulled the plug on the band and the next thing we knew, the river police were steering us into port, where we all got shoved around, a few people were arrested and the great architect of the evening, Malcolm McLaren, came down the gangplank screaming: “Fascists!”

The police took him to a quiet corner and beat him senseless. 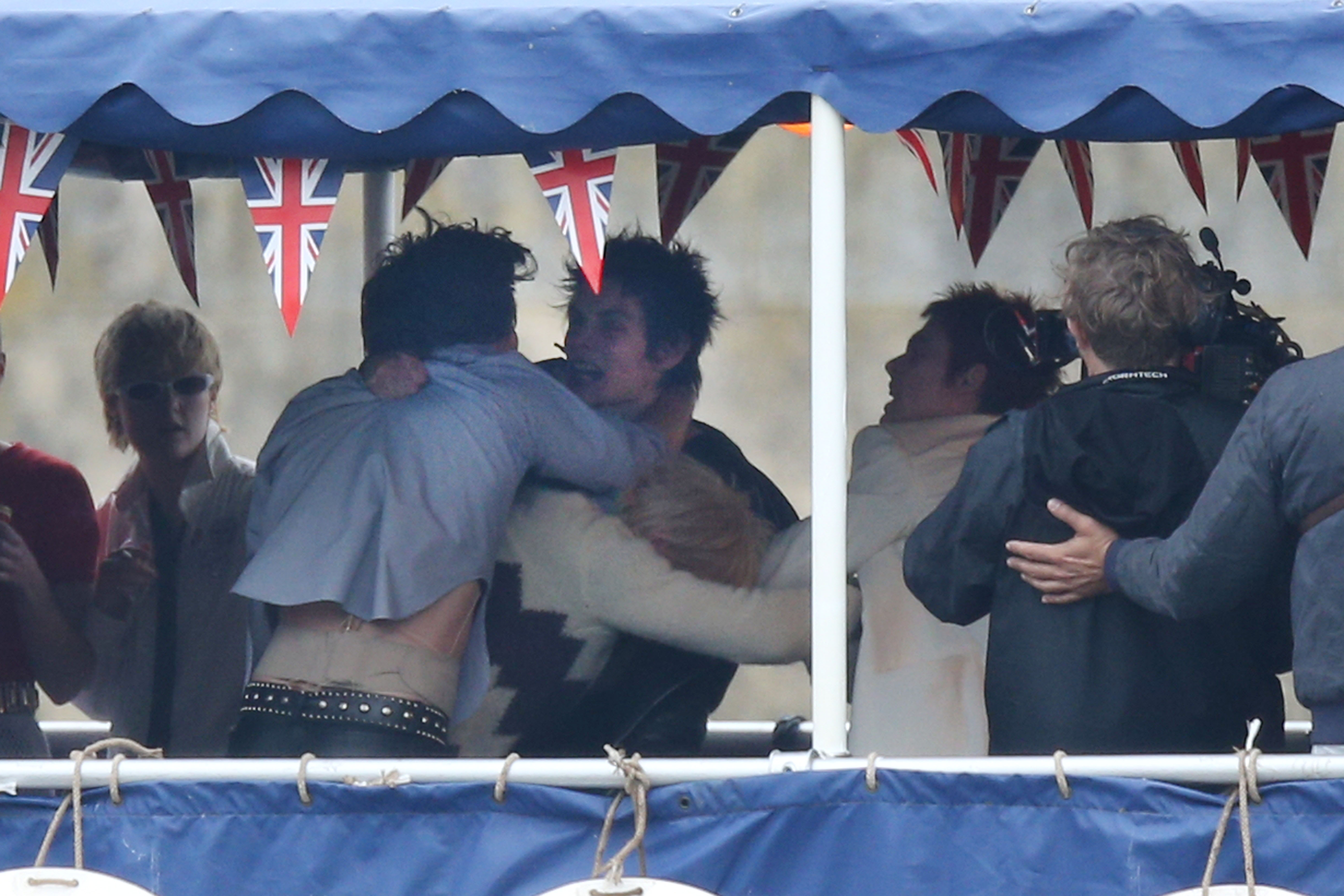 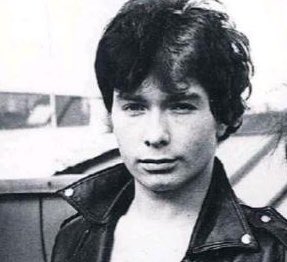 Tony Parsons as a young man in the 1970s

The atmosphere was ugly, violent and depressing. We came expecting Woodstock and we got Altamont.

Right from the start of punk rock, we goaded the grown-ups, the straight world, the establishment.

On that Sex Pistols boat trip, the empire struck back.