Leader of GOT7. Prolific songwriter. Stunning performer. Actor. B-boy. A sensible artist in many mediums. It’s easy to paint a gilded picture of JAY B when you pile up titles like this, but talk to the man himself, and he will bring you right back to earth: “I don’t think I am unique,” he tells NME.

The record tells a different story. Since debuting in 2012 as part of the duo JJ Project (alongside Jinyoung, who would later debut in GOT7 as well), JAY B has not forged a single path. Besides GOT7 and JJ Project, he is also part of the sub-unit JUS2, produces songs under the moniker Def., and in 2021 released his first two solo albums, ‘LOVE’. (as Def.), and ‘SOMO:Fume’ (as JAY B). Currently, he is promoting his sophomore EP, ‘Be Yourself’, which dropped last week.

Though each project reveals a different side of Lim Jae-beom, the 28-year-old has orchestrated an oeuvre that is complex as it is cohesive. Credit must go to JAY B’s painfully crystalline voice, striking when you least expect it, whether he plays with high or low registers, hip hop verses or sweeping ballads. It’s always there, like a reminder that no matter the moniker, he is still himself. The rest lies in his willingness to heed the “ideas that pop up at random moments” and follow through. “I have a tendency to say things that are on my mind.”

That matter-of-fact approach is evident throughout the Zoom call. Wearing a white tee and a caramel jacket that blends into the background of the conference room, JAY B is contemplative and careful with his words. Although he commands the stage when performing, when he’s off it he is a private homebody who spends time taking care of his five cats and developing many hobbies, like fishing and film photography.

“I didn’t think I was a cute person. But every time I tried to look cool, people said I was cute. And now I think I’m cute too”

“If an idea pops up, I work that into an album,” he explains of the creative process behind ‘Be Yourself’. “I didn’t actually think of a certain theme. I found the concept as I worked, and I thought I wanted to talk about myself getting stronger. That’s why I called the album ‘Be Yourself’. I want my fans to be comforted by [it].”

While ‘LOVE.’ and ‘SOMO:Fume’ dove into sultry R&B, ‘Be Yourself’ is their sunny counterpart, drawing inspiration from JAY B’s b-boying roots and experimenting with soulful, groovy melodies. Title track ‘go UP’, for example, is a full-on funk throwback, and ‘Fountain of Youth’ celebrates his GOT7 bandmates and fans with ’80s guitar pop. The overall mood is one of grace and gratitude. “‘Be Yourself’ was planned to be a pop album,” he says, “while ‘SOMO:Fume’ was designed to have a sound that I, myself, wanted to hear. It might not be perfect, but I wanted to make [it anyway].”

And since perfection is nothing but a lofty ideal, being yourself means accepting yourself – flaws and all. JAY B says it took time for him to achieve that. “I felt like I wasn’t myself often,” he reflects. “I thought so because I was young, but I also believe that it was a good experience to not really feel like myself. I came to realise that the side of me that I thought wasn’t me was actually myself too.”

Which side is that, we wonder?

“I didn’t think I was a cute person,” he admits, breaking into an embarrassed fit of laughter. “But every time I tried to look cool, people said I was cute. And now I think I’m cute too.”

‘Be Yourself’ also marks a new beginning for JAY B’s career. After leaving JYP Entertainment in early 2021, he signed with independent label H1GHER MUSIC, where he stayed until his contract expired last July, and has just joined CDNZA Records, a newly established label where he is the only artist so far. “It doesn’t belong to me, I’m just part of it,” he clarifies, stating that CDNZA is open to new artists as well.

“I feel pressure because I want to do well and I want to be recognised by the public, but I still try to let it go a little bit”

But as far as change goes, JAY B doesn’t think that this shift impacted the way he makes music. Instead, it has helped him further refine his artistry. “I was advised to change my singing style,” he says. “But I’m not sure if the listeners will feel it. It’s a subtle change, really small details.” He adds that, at CDNZA, “I try to talk [everything] through with the people I work with. I’m open to their feedback, and I always work with them after a meeting to pursue the same direction.”

This meticulous process is also something he developed between the release of ‘SOMO:Fume’ and ‘Be Yourself’. “I think I became more discreet and really careful when I make decisions,” he says. “If I wasn’t cautious, I would waste time on small things, and I didn’t want to do this.” 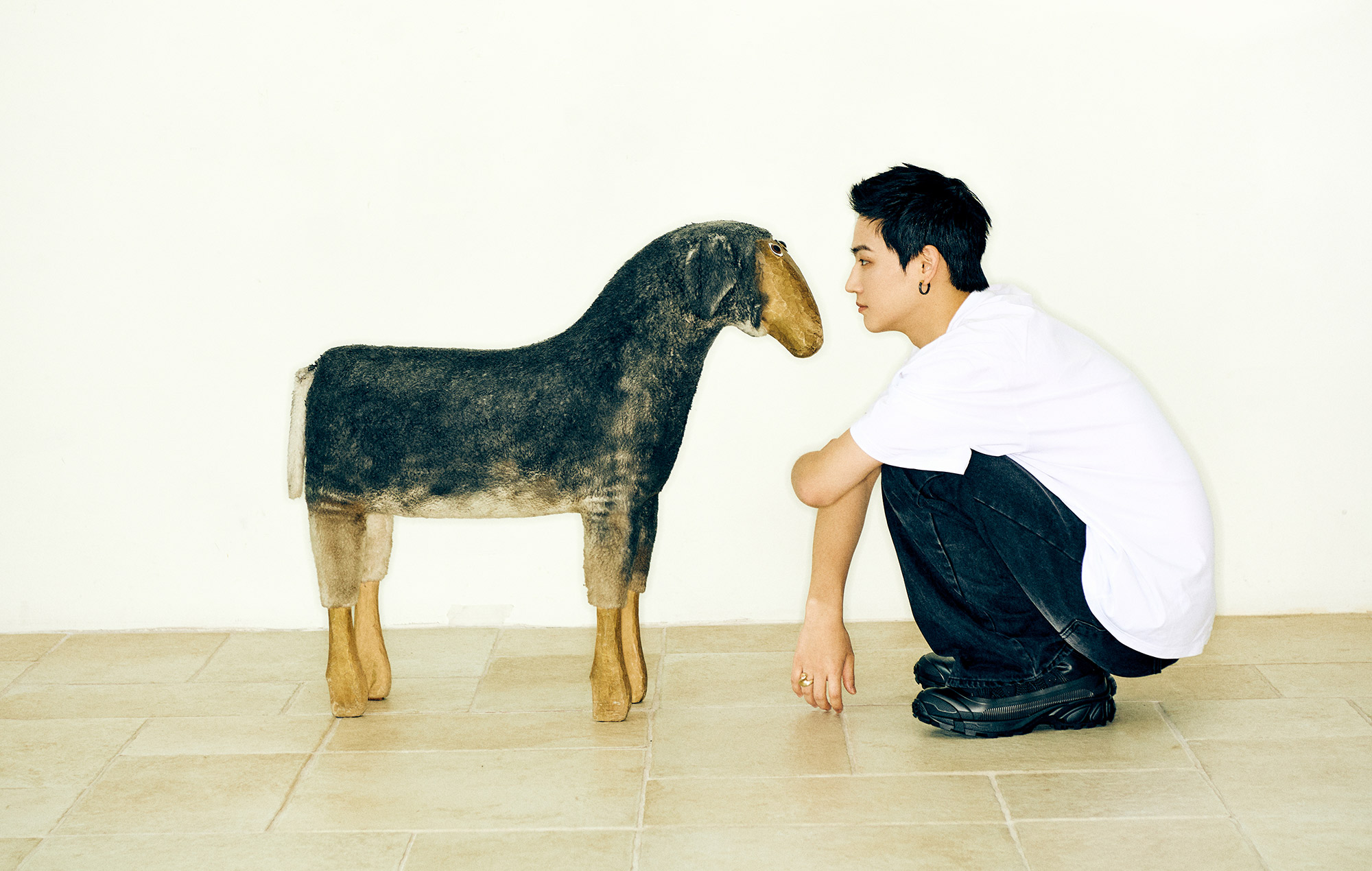 The stakes feel higher for JAY B now. The singer, who has opened up about his struggles with depression and anxiety in the past, says that “these days my burden is growing, so I try to instil the mindset of enjoying it all.” He explains that “I feel pressure because I want to do well and I want to be recognised by the public, but I still try to let it go a little bit. ‘Be Yourself’ is a message I want to give myself and the listeners, to take better care of yourself, to look back and just give yourself more time and credit.”

As he sings in the track ‘Holyday’ – his personal favourite off the record – the secret to that might be simple: “I gotta remind myself endlessly / Stop overthinkin’ / And just start dreamin’”.

JAY B’s ‘Be Yourself’ is out now