But that changed when her secret lover of four years proposed by hiding a sparkler inside a bag of mandarins.

Trisha’s secret lover of four years proposed by hiding a sparkler inside a bag of mandarinsCredit: Camera Press 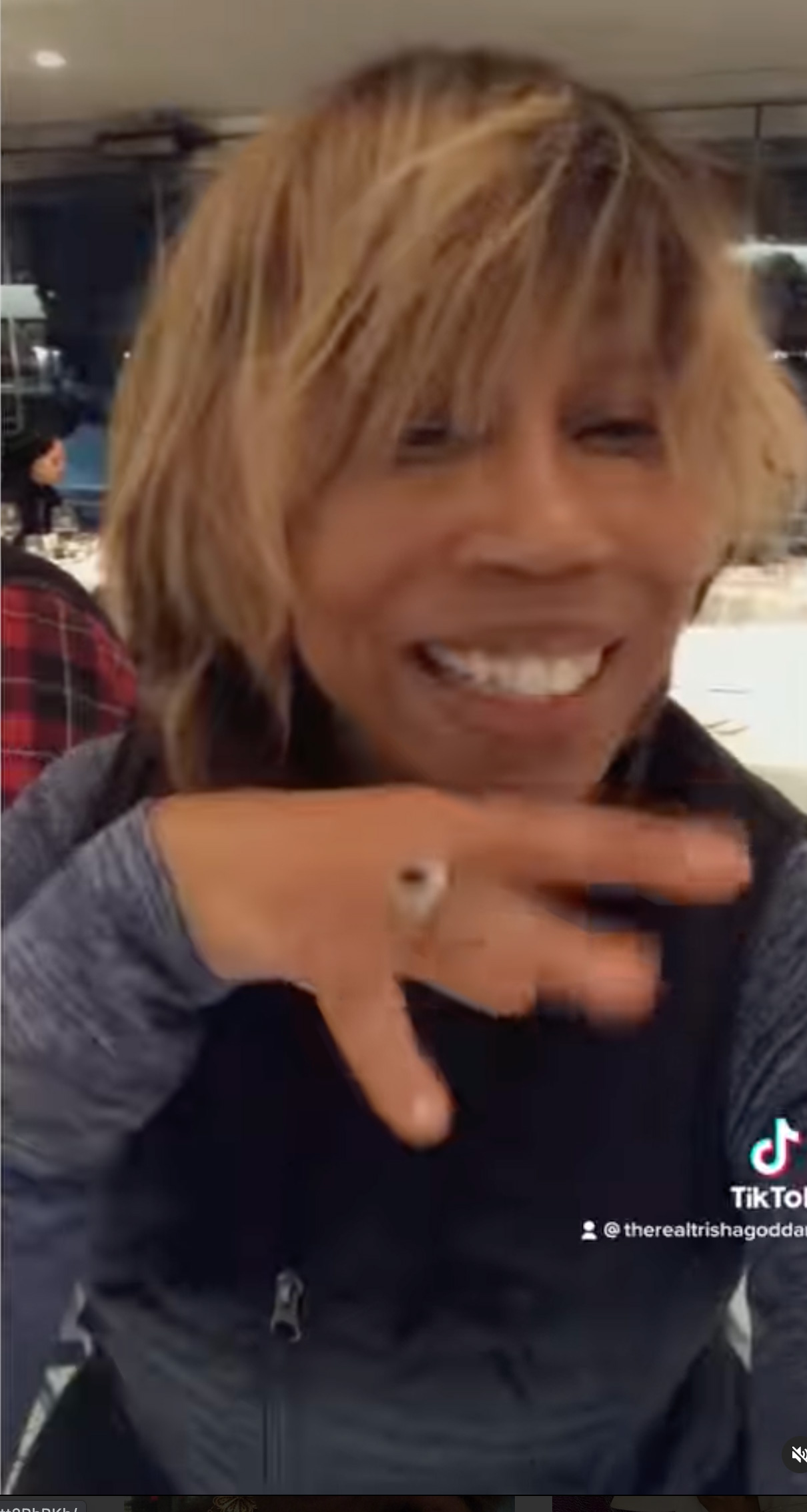 The mum of two showed off the diamond earlier this month accompanied by CeCe Peniston’s hit FinallyCredit: The Real Trisha Goddard/ TikTok

Showing off her dazzling ring in a soppy Instagram post, accompanied by CeCe Peniston’s hit Finally, she surprised fans with the news earlier this month.

“I’ve been engaged more times than a toilet after a bad curry. All of us were surprised,” says the 64-year-old mum of two.

“Especially because it happened in the middle of nowhere while we were hiking. We usually hike every Sunday and he brings the snacks — nuts, mandarins, Chupa Chups lollipops.

“He pulled out the mandarins and said, ‘Oh, I got you this as well’.”

The proposal even brought a tear to the straight-talking TV host’s eyes.

She admits: “The wind may have been blowing in a certain direction that my eyes got grit in them.”

Her US fiancé — Trisha refers to him only as #Boo and has revealed he is four years older than her — did not get down on one knee.

“At our age, we’d never get up again,” she says with a laugh.

“I’ve always bought my own engagement ring. He’s the first person to buy me any amount of jewellery. He gave me a friendship bracelet and a lovely Tiffany ring with a ‘T’ on it because he’d heard me say no one had ever bought me a ring. That was just for friendship.”

Trisha — best known for her Nineties talk show — thought she would be alone for the rest of her days. She says: “I’d spent years on my own and I thought, ‘That’s it, no one dates women my age’.

Trisha split from third husband Peter Gianfrancesco, a psychotherapist, in 2015 after almost two decades of marriage, formally filing for divorce in 2017.

She says: “By 2014 we were living in different countries — him in Australia, me in America, struggling to keep things together. It was pretty much over at the beginning of 2015.”

Before meeting her fiancé four years ago, Trisha’s friend signed the talkRADIO host up to a dating app. But the experience was traumatising.

She explains: “It was the one where you get pinged if someone you’ve connected with is nearby. I’d be in gym gear and all sweaty and it would ping. And let me tell you, those people don’t look anything like their photos. They’d be in the area and suddenly your blood runs cold.

“I felt like some Bond girl being hunted by baddies all the time.”

Her mantra was to say “yes” to all invitations, but the road to finding love had its ups and downs.

“You could write a book on dating in later life,” she says. “It would be a comedy — a very dark comedy.”

Trisha met #Boo after a mutual friend invited them to a horseriding gala. Wearing sparkly harem pants rather than an evening gown, she found an ally in the US businessman who also didn’t quite fit in.

At the time he was a single dad, having lost his wife to breast cancer. Trisha and #Boo moved in together in Connecticut just before the first lockdown in March 2020.

From making her cups of tea while she’s doing her weekly talkRADIO show to leaving her a bowl of chopped grapefruit for breakfast, he really does sound like a catch. And they can’t get enough of each other.

“I’ve discovered a sex life!” she says, getting giggly. “Yeah. I’ve got one. I’ve met someone who knows what the hell they’re doing.”

Most of all though, #Boo has her back. If ever Trisha encounters what #Boo believes is racial discrimination, he is straight on the phone to complain to the manager of wherever it occurred.

She says: “He’s Jewish and I’m not saying for a second it’s the same, but whenever anybody’s been part of a race or a face that’s had an ‘anti’ against it, they have some idea of how it feels to be ‘other’.

“I’ve never had that support before in relationships. If I’ve been told to leave a place or there has been some ghastly remark, previous partners have been embarrassed or they will tell me, ‘Just go’.

“For the first time, I’m in a relationship as an adult where I don’t feel ashamed. I have someone who is proud of me. He champions me, he supports me, and that gets me quite emotional. He even makes me buy magazines when I’m in them so he can keep them.”

On marrying for a fourth time, Trisha says: “Nobody cares about how many partners Rod Stewart or Mick Jagger have had. It’s seen as a sign of virility.

“But for a woman, it’s, ‘She can’t keep a man’ or, ‘She’s a bike’. Out of all of my marriages, there was only one I wanted and that’s because I didn’t want a second child out of wedlock.”

Trisha, who was diagnosed with an aggressive form of breast cancer in 2008 and was given the all-clear four years later, adds: “I’m not saying everything was bad about those relationships but they don’t equate at all.

“I’m not where I was then, I hadn’t been through breast cancer then and that changes your whole life.”

Her own experience with the disease means she has bonded with #Boo over the loss of his wife.

She says: “If you’ve had to hold yourself because you thought you were dying, or you have had to hold someone else who was dying, that is a connection. We have both been through it, albeit from different sides. We do not take life lightly. We look after each other.”

Her daughters are also delighted that she has found someone to take care of her.
As for any wedding plans, though, Trisha — whose new series You Are What You Eat is on Channel 5 on Wednesdays — insists it is too soon.

She says: “Let’s take one thing at a time. Going through cancer, you learn not to look too far ahead. I’m really, really happy. There’s no drama, touch wood.” 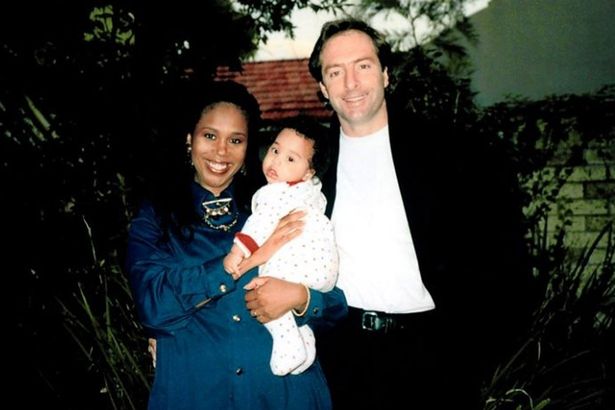 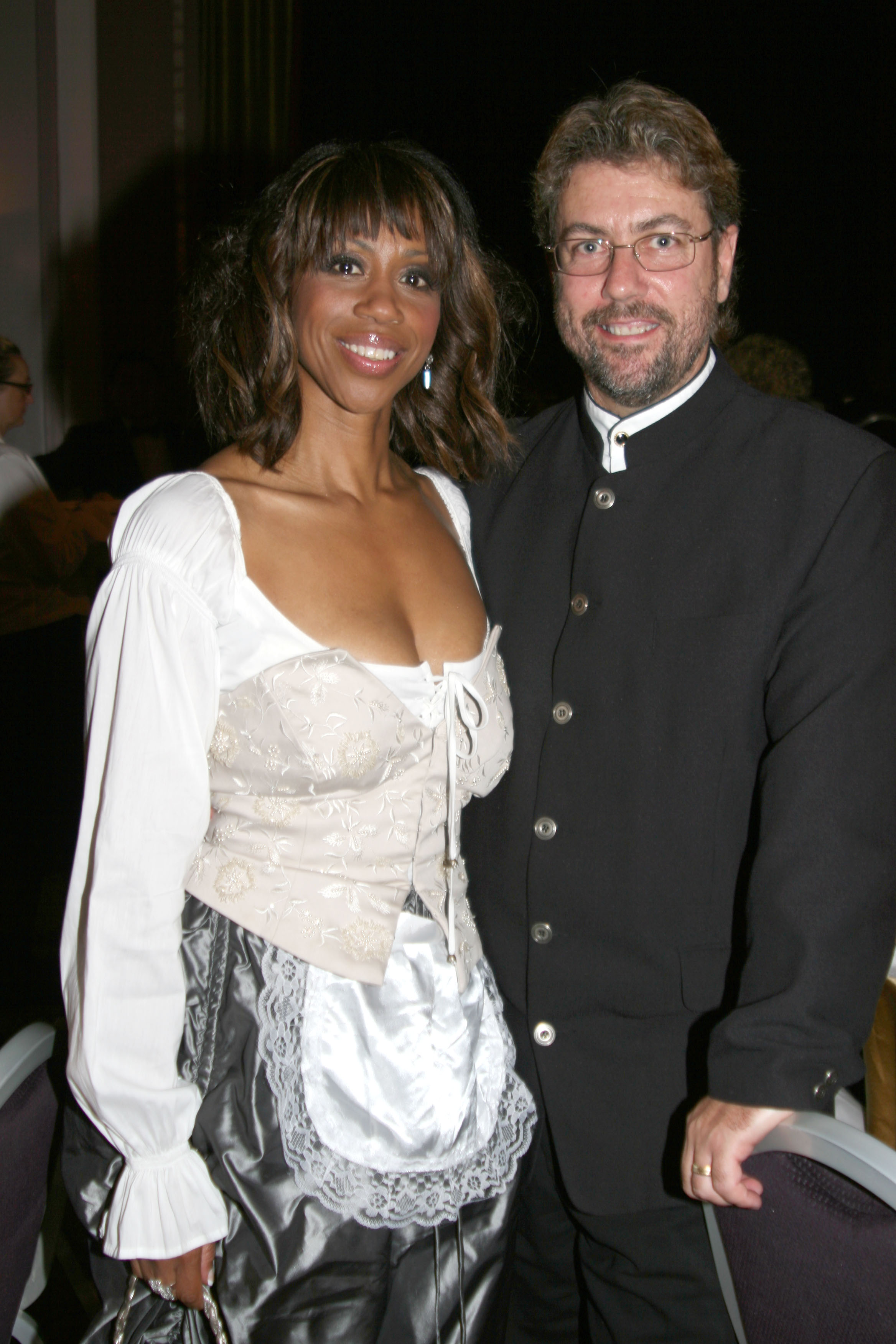 Trisha split from her third husband, psychotherapist Peter Gianfrancesco, in 2017 after 20 years of marriageCredit: Alpha Press 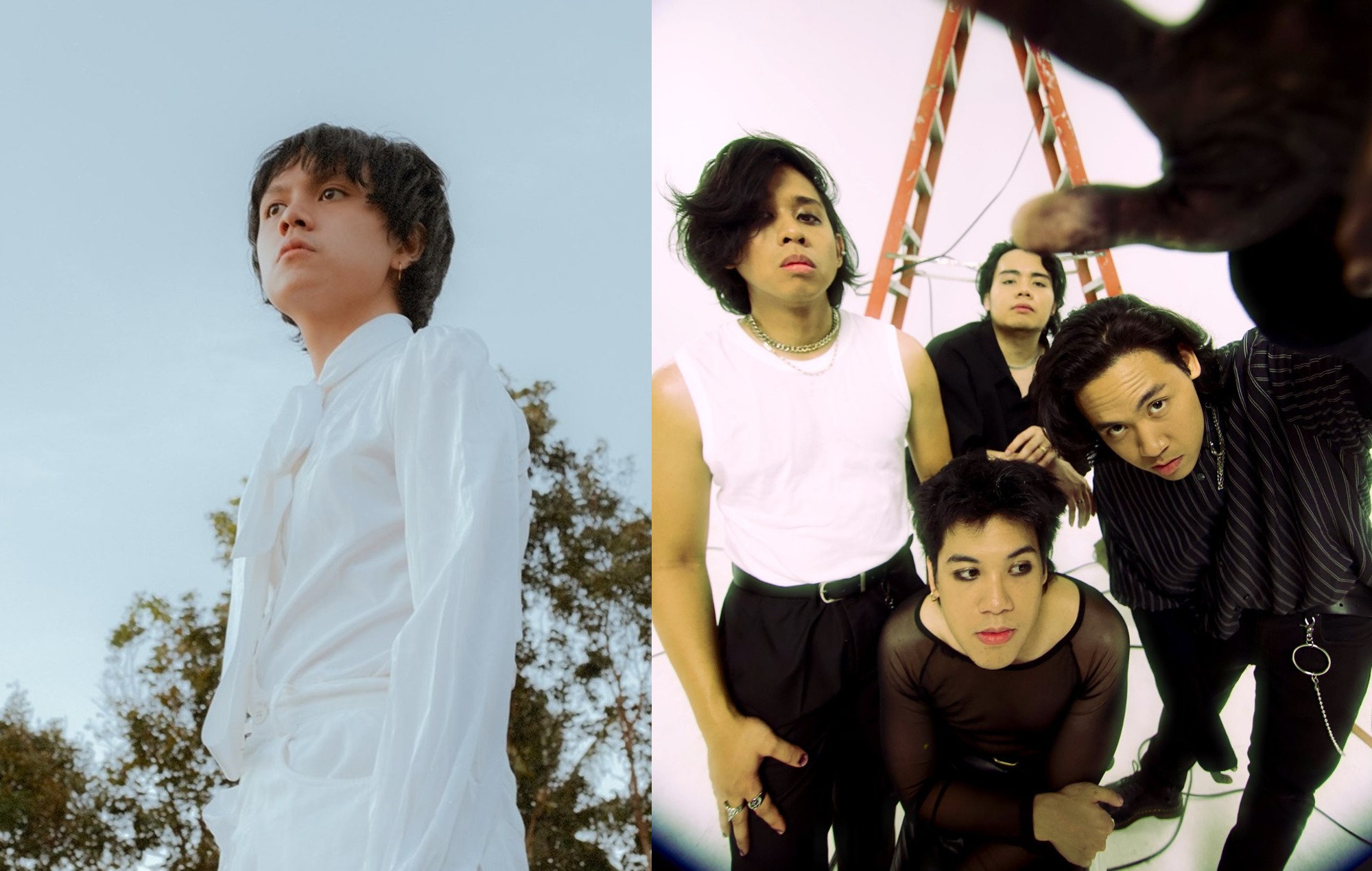