DANCING On Ice star Vanessa Bauer has told for the first time how she was suicidal after battling eating disorders from the age of seven.

As a teen she was one of Germany’s best Olympic skating hopes — but grew obsessed with her weight after cruel coaches branded her a “fat cow”.

Vanessa Bauer says a battle with an eating disorder left her suicidalCredit: Getty 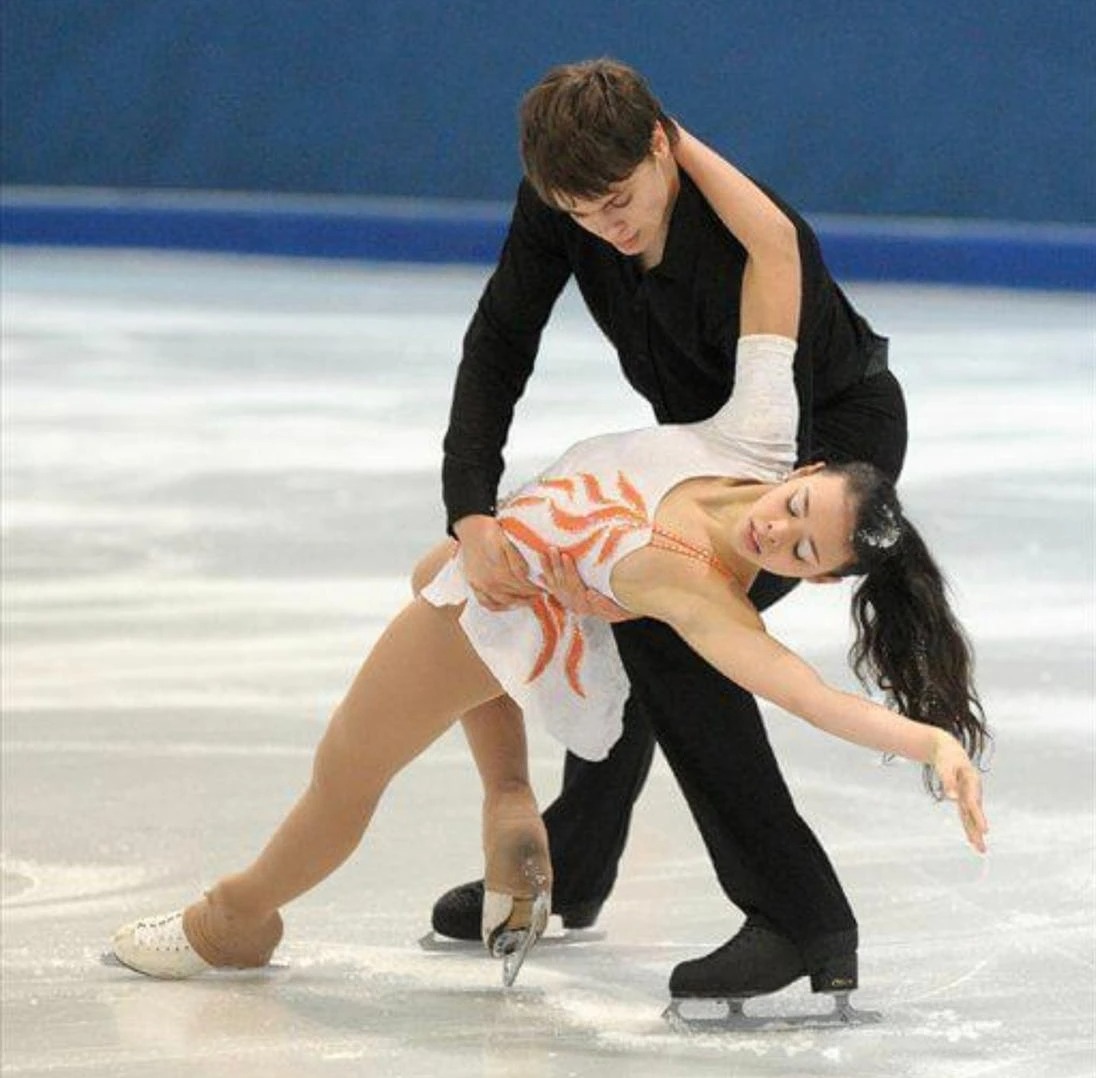 Vanessa said cruel comments from skate coaches led to her eating disorder and she had to abandon her Olympic dreamCredit: supplied

By the age of 15 Vanessa was trapped in a vicious circle which saw her make herself vomit up to eight times a day in a desperate attempt to stay skinny.

And she told how at her lowest ebb — after she became too ill to skate — she locked herself in her room for three days and considered taking her life.

Vanessa, who won Dancing On Ice with Jake Quickenden in 2018 and came second partnering Strictly’s Brendan Cole this year, said: “Skating was supposed to be my way to a better life. But my eating disorder destroyed everything. It destroyed me inside.

“All I could think about was food. How I could not eat without people getting suspicious, how to get rid of it without anyone knowing.

“I was still training eight hours a day on the ice, but I was like a robot.

“I was so weak that I would faint outside training and I was constantly injured. 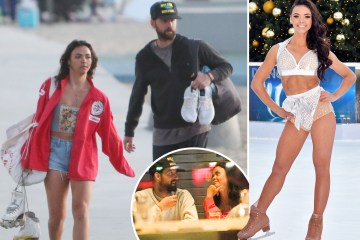 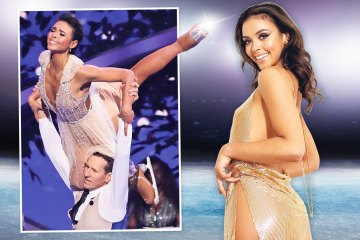 “I broke my foot, I had broken fingers all the time. I didn’t skate for three years without painkillers.

“The lowest point came when I told my skating coaches about my illness. Their response was, ‘You’re doing all this and you’re still fat?’

‘I’d have a spoonful of oats for breakfast’

“I went home and locked myself in my bedroom for four days. I was only 16, but I was having suicidal thoughts. I couldn’t see a way out.

“My whole life was food and I didn’t know how to get rid of these voices in my head. That was when I knew I had to get some professional help.

“I knew that if I couldn’t make the thoughts stop, I’d have to end it all, because I had no future. My decision to get ­therapy saved my life.”

Vanessa, 26, who is speaking to promote awareness of eating ­disorders, told how her battle began after she was sent to an elite school for skaters in Berlin.

Coaches there insisted on weekly weigh-ins, and parents would be spoken to if their child put on weight.

Before she was ten, Vanessa was competing with her school friends — other aspiring figure-skaters — over who could eat the least per day.

She said: “Food was never something nourishing, it was something that could make me fat. Eating as little as possible became a game. It was all about who was the skinniest.

“I’d have one spoonful of oats with water for breakfast and I’d leave it for as long as possible so it would go further.

“Meanwhile, on the ice, coaches would scream that I was a fat cow, and that’s why I couldn’t finish my routine. We all had that for years and years.

“Then, when I was 12, I was scouted and asked to try out for pair figure-skating. Before my trial, one of my friends taught me how to throw up. That’s where it started. But then I couldn’t stop, and I became stuck in this vicious cycle.

“At the time I thought my coaches knew and approved, which was pretty sick thinking.

“But whatever they knew, they didn’t go easy on me. I was 15, and in spite of everything my body was still changing because I was becoming a woman.

“They called me fat and they even blamed my partner’s back issues on him having to lift me.

“I was heavily depressed and crying all the time. I felt there was no way out.”

After years of suffering, Vanessa finally confided in a female coach with a history of eating disorders who helped her arrange therapy.

But when she confided in her own coaches, their callous response devastated her.

She said: “Their attitude was that it was my fault, I wasn’t strong enough to keep going in spite of it all.

“But the worst moment was when they pointed at a picture of me on the wall taken a year earlier.

“I was ill, but you couldn’t tell. I looked glamorous.

“They said to me, ‘Do you see this girl? You’re not that girl now. Look in the mirror. Look how much weight you’ve gained, how ugly you are now.’

“That moment will stay with me for the rest of my life.”

Heartbroken Vanessa quit the skating programme soon after and did not step on the ice for a year. Instead she focused on her recovery.

She went on: “It’s taken years of therapy to get through this. The first year was just crying. But now I know I’m far happier than I ever was when I was skating competitively.”

After turning her back on competitive sport, Vanessa went on to perform on cruise liners such as Royal Caribbean’s Harmony Of The Seas.

She made her debut on Dancing On Ice in January 2018 and won her first series alongside former X Factor singer Jake Quickenden.

In 2019 she was the show’s runner- up with former Love Islander Wes Nelson — amid romance rumours after both ended their relationships ahead of the series.

While Wes separated from Megan Barton-Hansen, Vanessa quit her romance with Louis Nathaniel.

Both denied they were a couple off the ice and Vanessa went on to have a two-year relationship with personal trainer Rory McCall.

In the 2020 series of Dancing On Ice she placed second again alongside Britain’s Got Talent winning dancer Perri Kiely.

She was partnered with Emmerdale’s Joe-Warren Plant last year before the pair had to pull out after testing positive for Covid.

Months later the Sun revealed she was single again following a mutual decision to split from Rory.

Recalling her teenage trauma, she said: “My coaches told me when I told them about my eating illness that I was a failure. Then they replaced me within a week.

“So I just thought everyone would think I was a failure. I felt ­completely alone.

“When I first opened up about this — ten years later — I learned that my friends just didn’t know what to do.

“Educating people on how to deal with these issues is so important, even sometimes the people who are supposed to be helping you. I sat in one self-help session — which was supposed to be a safe space — where I was told, ‘Sorry, but you’re skinny, why do you do this?’

“I was made to feel so stupid. ­Luckily I then found a great therapist who really helped me.

“She was an athlete herself, so she understood the pressure I had been under for as long as I could remember. She saved my life and I’m so glad she did.

“Skating is such a beautiful sport, but the environment is toxic and horrible. The frustrating thing is that it doesn’t need to be.

“It all comes down to education, educating the skaters and, even more importantly, the coaches.”

Vanessa went on: “You could write a movie — a very sad movie — about the dark side of the competitive ­skating world. And it isn’t a thing of the past, I know it still goes on.

“I go home to Berlin a lot and when I’m in the ice rinks I hear the coaches shouting. I see the girls with cracks in the corners of their mouths from throwing up.

“It makes me so sad. And I want to speak about this now for those girls, because it’s not normal behaviour. It’s really dangerous.

“What I went through was ­horrendous, but I’ve come through it. And I have a life now that I’m really proud of.

“I don’t have any Olympic medals, but I have a voice and an audience and I’m skating for fun and to entertain people, which I love.”

“What I’m doing now is, in my opinion, the best way I can utilise my talent. It’s so joyous.” 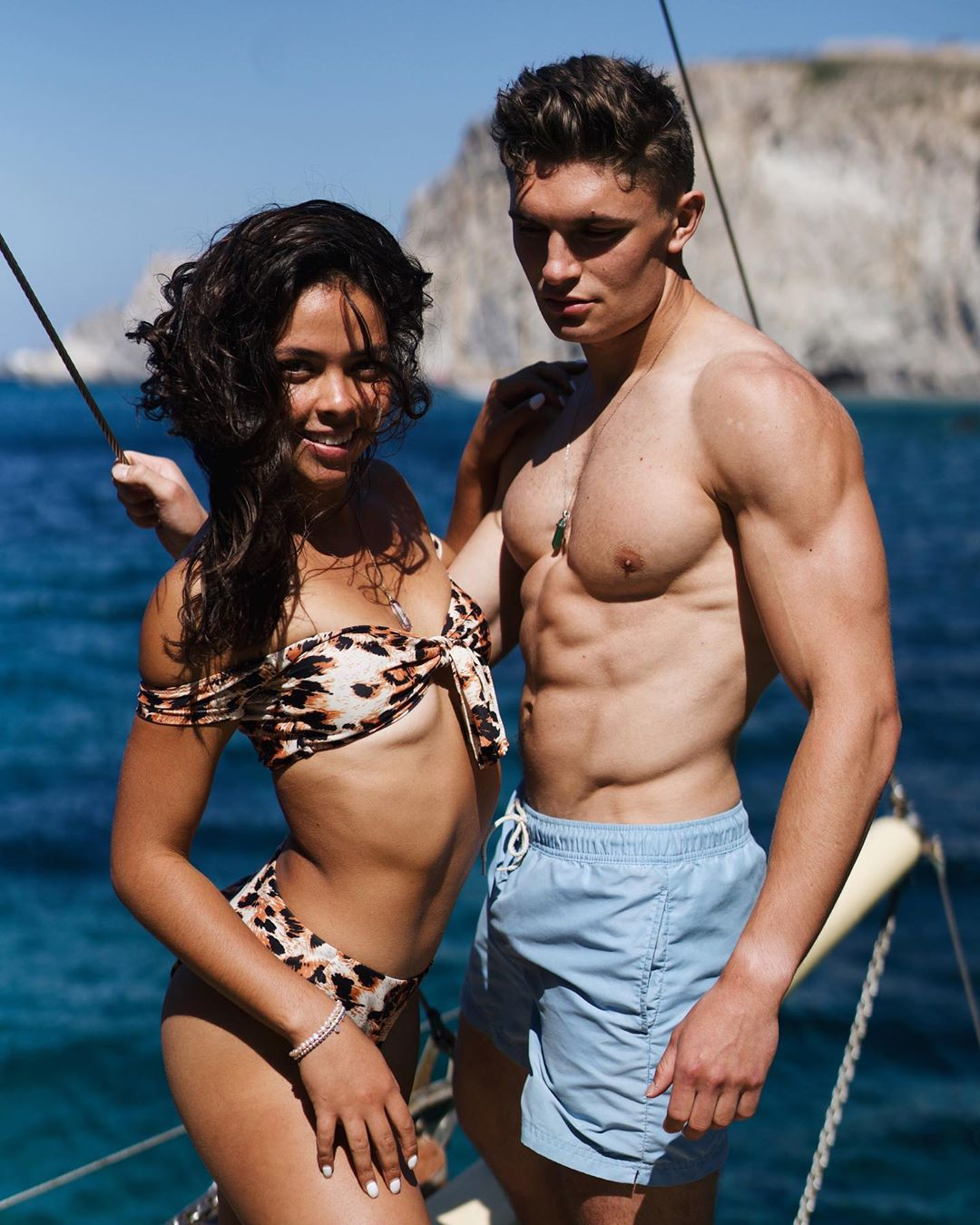 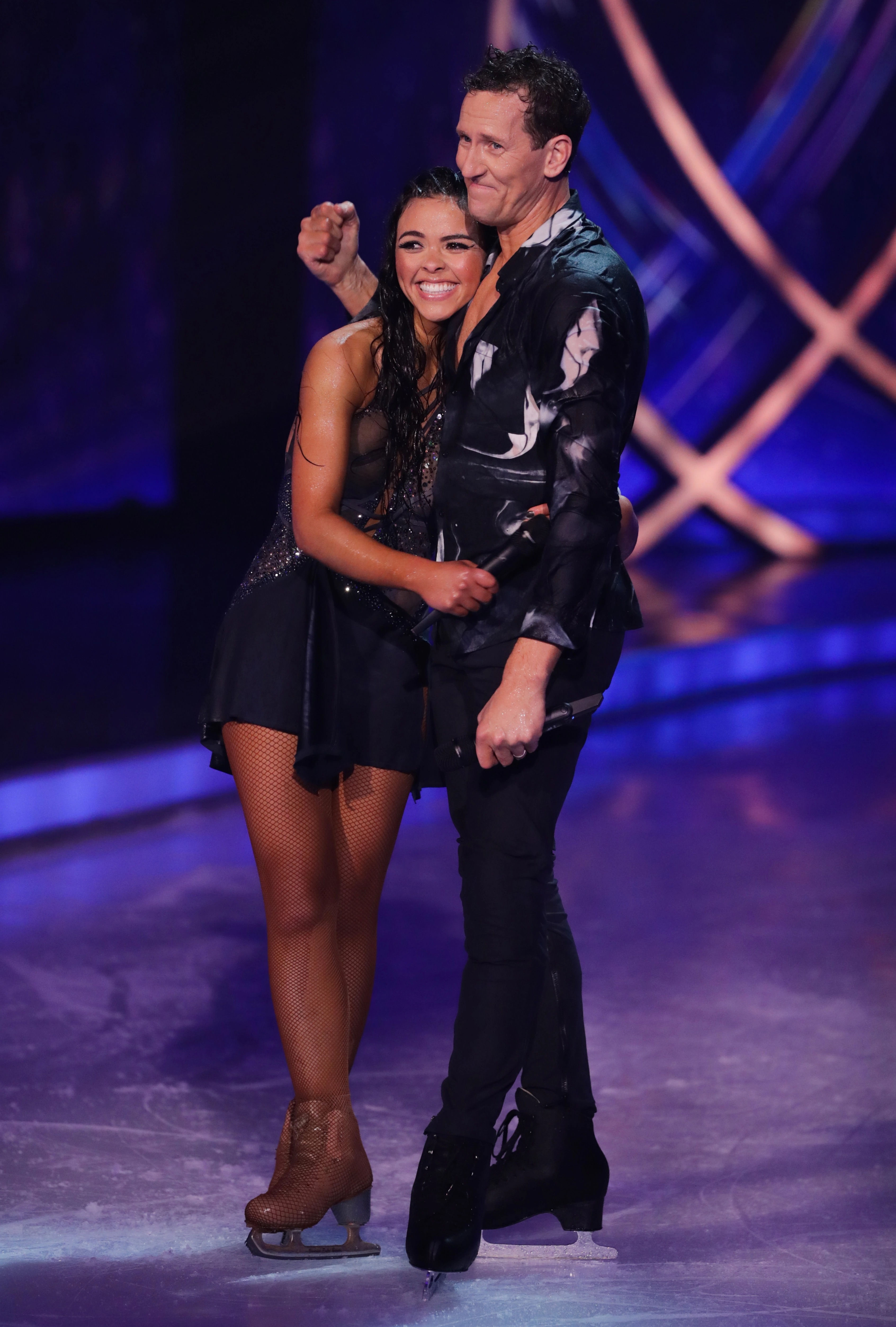 Vanessa and Brenda Cole were runners-up on Dancing on Ice in the latest seriesCredit: Rex 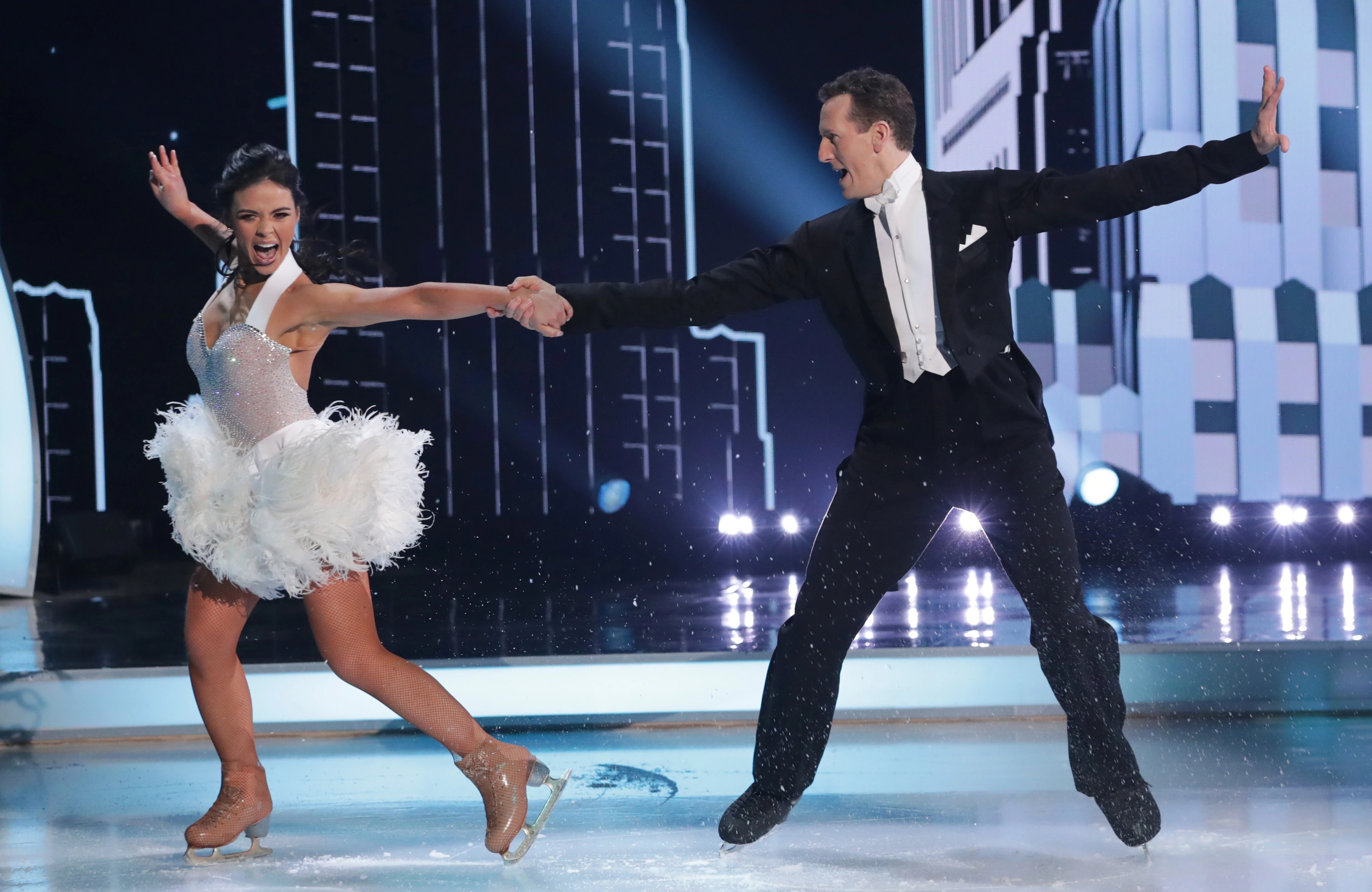 Vanessa says Dancing on Ice is the best way for her to use her talentCredit: Rex