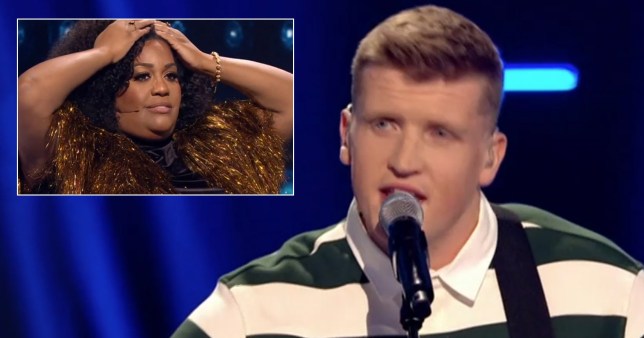 A singer on new game show I Can See Your Voice had the judges and fans shocked, fooling everyone with his incredible voice.

The first episode saw contestants Lee and John play to win £10,000 in the hopes of taking their kids to Disney World.

They were tasked with weeding out the bad singers and aimed to be left with a good singer at the end, without hearing them sing live.

Emmo, a professional singer from Ireland, donned his rugby shirt as he appeared on the show as ‘Pitch Perfect’.

Lip-syncing early on in the show, he didn’t have anyone convinced, with celeb detectives Alison Hammond, Amanda Holden, and Jimmy Carr refusing to believe he was a good singer.

‘Does that voice look like it comes from that person?!’ Jimmy asked in disbelief.

However, once Emmo came out with his guitar and gave a gorgeous rendition of Bruce Springsteen’s Dancing in the Dark, there was no doubt.

Following his performance, host Paddy McGuinness asked if he had anyone musical in his family, with Emmo revealing that Westlife’s Brian McFadden is his cousin. 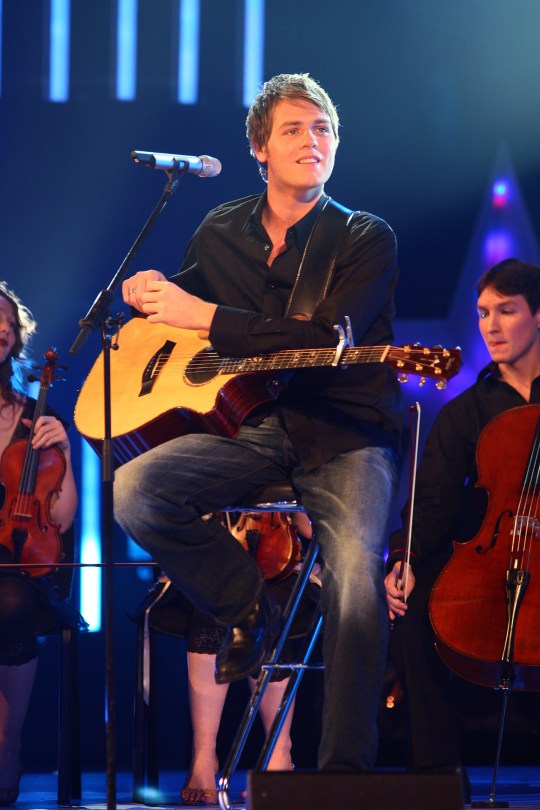 Unable to resist, Paddy quipped: ‘But have you got anyone musical in your family?’

The first round of the show sees the contestants and detectives meet the singers for the first time and give their first impressions.

In round two, the singers lip sync, with the players looking closely to see if they can figure out whose voice is whose.

The third round, Unlock My Life, sees the players speaking about their lives, with the real singers telling the whole truth, and the fakes only lying about their singing experience. 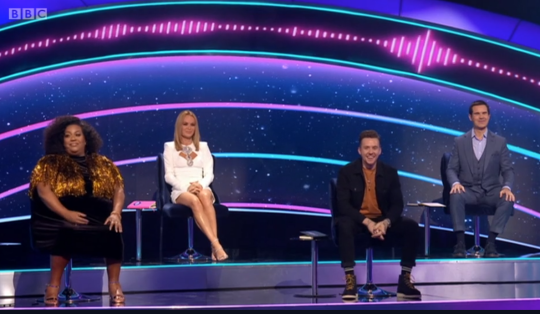 Alison, Amanda, and Jimmy sat on the panel, with guest Danny (Picture: BBC)

Finally, in the fourth round, the players are able to interrogate the mystery singers to find out if they’re lying.

The show ends with a duet with the musical guest star, which this week was McFly’s Danny Jones. If the final singer is good, the players win the cash prize but if they’re bad, the singer steals the money instead.

However, the show has proved divisive, with some already obsessed with it, while others were simply left baffled.

‘Not quite sure what that was to the point where I can’t even tell you if I liked it or not,’ one viewer wrote while another added: ‘On paper that shouldn’t have worked. But somehow it did. Good, clean, Saturday night fun.’

One more said: ‘This #icanseeyourvoice thing is astonishing. It’s not even car-crash telly, it’s like a milk float crashing into a giraffe.’

I Can See Your Voice returns Saturday at 7:35pm on BBC One.