Keeping her head up. Katie Maloney is getting real about her state of mind following her split from estranged husband Tom Schwartz.

The Bravo personality, 35, candidly answered questions from her Instagram followers on Sunday, March 20, less than one week after the pair announced their separation. When asked how she’s been coping, Maloney replied, “I’m actually doing really good. Feeling really loved and supported. I feel very hopeful.”

Another social media user wondered what the Vanderpump Rules star has planned for her “new chapter,” to which she responded, “I’m on a pursuit of happiness.”

Maloney continued: “I want to feed my soul. And of course I want to prioritize my career goals.”

The Utah native noted that one of those goals is to make progress on developing a sandwich shop with costar Ariana Madix, telling her followers that she’s still “1000%” committed to the idea. Maloney ended the Q&A by sharing insight into what helped her decide to pull the plug on her marriage. “Trusting myself,” she replied.

Maloney and Schwartz, 39, got engaged during season 4 of Vanderpump Rules, which aired in 2015. The twosome tied the knot the following year, but in 2019, they revealed that the union wasn’t legal because they had lost their marriage license. They exchanged vows a second time in July 2019.

Before calling it quits, the reality stars weathered plenty of ups and downs, including allegations of cheating on Schwartz’s part. The duo confirmed their split via Instagram on Tuesday, March 15.

“We cherish our friendship,” Maloney wrote in a statement. “Although we may be on different paths we will continue to love and support one another’s happiness.” 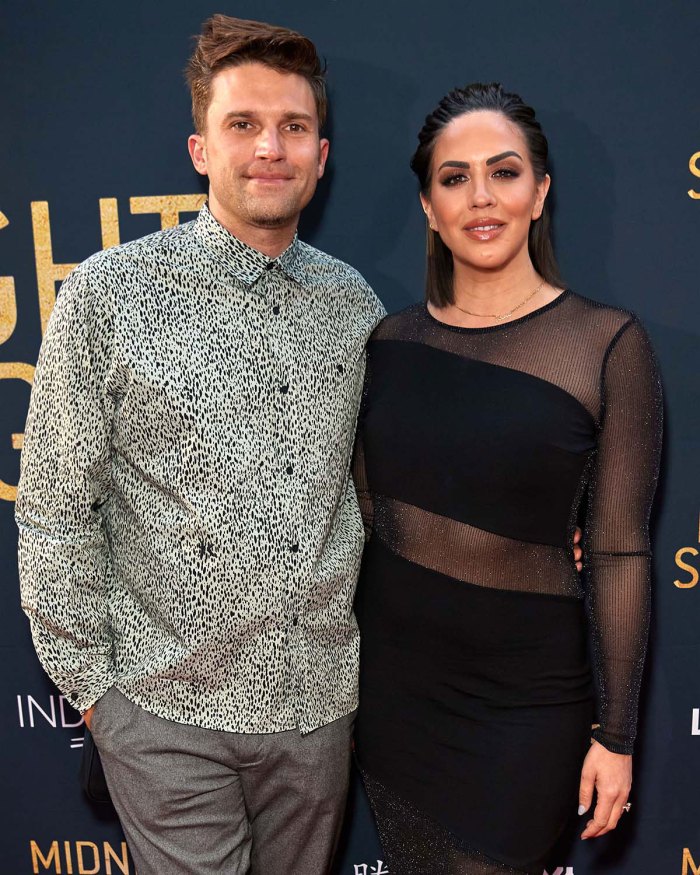 The TomTom cofounder explained in a post of his own that Maloney was the one to end things. “I’m not the victim. Not gonna write too sad a song. Fully respect Katie’s decision and we’ve had healthy, productive conversations about it,” he continued. “It would be far sadder if she decided to stay with me whilst not happy.”

Schwartz and the former SUR employee were “struggling as a couple” for several months before their breakup made headlines, a source exclusively told Us Weekly. A second insider added, “Katie realized how unhappy she is and Tom really wanted it to last between them. He worked really hard to make it work but the issues continued.”

Maloney went on to address her split during the Friday, March 18, episode of her “You’re Going to Love Me” podcast, calling it a “tender topic.” She got emotional as she described how she chose to “really start prioritizing” her own happiness.

“There wasn’t some crazy fight that resulted in this. It was my decision, which was probably the hardest and most painful decision I’ve ever had to make,” she told listeners. “But [it was] the best and only way I can describe it is just waking up and having this voice that just became louder and louder. … I just wasn’t happy.”