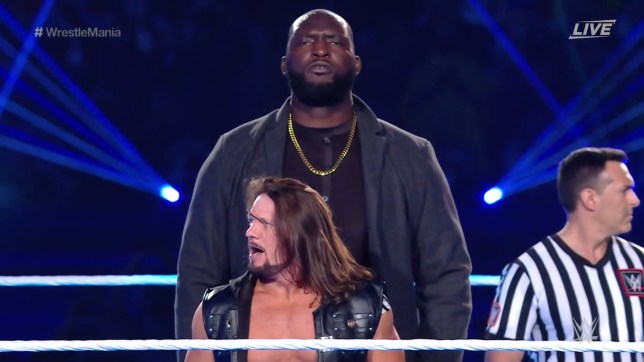 AJ Styles and his hulking partner defeated The New Day – one of the all time great tag teams – in a very entertaining match which was built around showcasing the newcomer, and it was done to perfection.

Omos looked like an absolute beast as Xavier Woods and Kofi Kingston’s attacks just bounced off him before he went on the offence and won the gold for himself at the Phenomenal One.

At the moment, WWE is making all the right moves and he looks on track to be a real force on WWE television in 2021 and beyond.

The towering man first appeared last summer behind a mask as Akira Tozawa’s Giant Ninja, before being seen alongside Shane McMahon as the Raw Underground bouncer, and most recently as AJ Styles’ Associate.

It’s been an unusual way to introduce a rising star, but WWE clearly wants to get him on camera as he’s been a pretty constant presence on the red brand.

Now going by the name Omos, the man is actually former NXT developmental star Jordan Omogbehin, who stands at an incredible 7ft 3in tall. 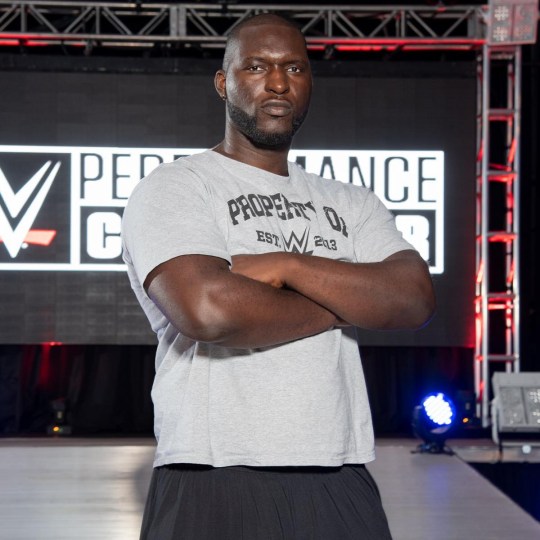 The trainee could have a very bright future (Photo: WWE)

The 26-year-old former basketball player was signed up by NXT boss Triple H in 2018, and ever since he has been honing his craft at the Performance Center.

Last summer, he started to perform in front of live crowds, and he finally looks poised to make the step up to the main roster.

He’s certainly on the right path, as the Giant Ninja’s Raw debut saw him go face to face with legendary superstar the Big Show earlier this year.

The landscape of WWE has changed, meaning Omogbehin really does stand head and shoulders above everyone else on the roster.

Shockingly though, his billed height only puts him third on the list of the company’s resident giants.

While Kane, Big Cass and Big Show himself stand at 7ft tall, The Great Khali gets a spot in the top five by an inch.

Similarly, 7ft 2in Giant Silva falls just short (ahem) of Omogbehin, who is only behind Andre The Giant (7ft 4in) and Giant Gonzalez (8ft) in the billed rankings.

It should be noted, WWE – and the wrestling world in general – is known to exaggerate some heights, meaning the latter was actually only a measly 7ft 7in…