“You always want to test yourself as a musician,” laughs Hesham Nazih, “and there’s definitely no better way to test yourself than with scoring an entire Marvel show!” The award-winning Egyptian composer has been writing music for film and TV since the ’90s. He was even honoured with the task of scoring the Pharaoh’s Golden Parade in 2021 that saw 22 ancient mummies escorted to the National Museum of Cairo. It was was watched by millions via livestream across the Middle East.

Now Nazih’s won his first English language job working on comic book smash Moon Knight, the protagonist of which he’d helpfully never heard of. Here, he reveals what went into one of the most unique soundtracks in the MCU…

Writing music for a six-part superhero epic that covers adventure, horror, comedy, romance and about 3,000 years of ancient history, the only place for Nazih to begin was with Marc Spector (Oscar Isaac). “I started with the main character and I thought about everything that he has to live with, everything that he goes through, psychologically, mentally, with his dissociative personality disorder,” says Nazih. “I decided to relate to him in every aspect of the music and to really feel for him. I wanted the music to befriend him, because he’s our hero. And from there I kind of zoomed out a little, bit by bit, to try and encompass the whole story, with Steven Grant, Khonshu, Layla, Arthur Harrow, and everyone else in this huge musical fabric.”

How do you write music for the Gods? “Being an Egyptian, none of that feels purely mythical or mystical”, says Nazih. “That sense of ancient history and myth is everywhere you go, in each and every city. It’s a big part of our cultural mindset, but musically, when you try to write music for ancient gods, it becomes impressionistic. You write about what they’ve left behind – the architecture and the temples and the pyramids. You imagine the colours and the movements and you filter that through all the years of history. There is no musical template for music like this, and I don’t even really know what I did. I just let it out. I let it go. I wrote from my heart. It might sound like a cliché but that’s what happened.”

“So many things kept me up at night,” he laughs. “But I’ve never written music for a superhero before and I spent so much time thinking about those few seconds when Marc Spector summons the suit. When I used to watch Marvel films, when I was sitting there as part of the audience, I was like, ‘oh, right, I can do that… It’s easy… it’s just a lot of brass.’ But when I first tried it, it sounded awful. And then it sounded really confusing. So I went through countless versions before I came up with a main hero theme for Moon Knight that felt big enough while still being something you could relate to, something that would bring you closer to the character.” 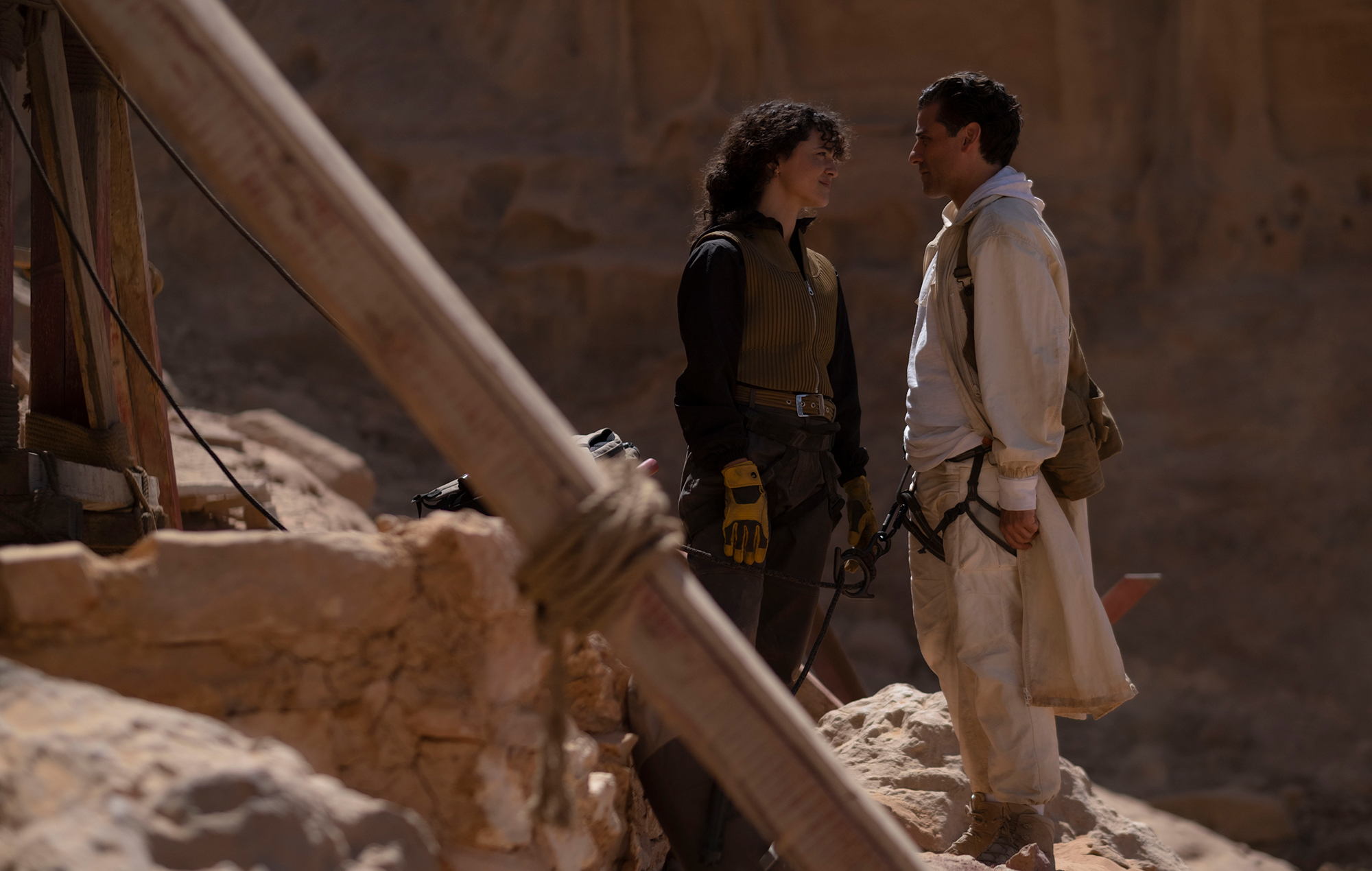 They kept it classic

One of the ways Nazih was able to recreate the past was to use some of the same instruments that would have been heard at the time. “If you’ve ever visited an ancient Egyptian temple you’ll have seen some of these instruments engraved on the walls,” he explains. “One of them is called the rababa, which is a very ancient fiddle instrument played with a bow. I also use the ney which is a very primitive reed flute. Then there’s the douf, which is a basic frame drum, and the mizmar horn, which has this very loud and piercing sound.” Also making sure his score’s vocals reached as far back into the past as possible, Nazih borrowed his lyrics from the pharaoh’s throne ceremonies – with the show’s main choral chant sang in ancient Egyptian (translating as “life and prosperity to you”).

If you’ve already caught up with the show’s big twist in episode four, you’ll have heard a less than subtle nod to Indiana Jones, but the series roots in classic film scores run far deeper. “I’m influenced by each and every note I’ve ever heard before in my entire life,” says Nazih. “I wanted to push everything aside and come up with something that was my own, but it obviously shows that I’ve always been a fan of composers like Jerry Goldsmith and John Williams. I mean who isn’t?!” Bringing Mozart and Tchaikovsky into the same conversation, Nazih wanted Moon Knight’s swashbuckling to feel as classically cinematic as possible – as well as dipping into the familiar language of sci-fi and fantasy scores that you might expect. “Nothing about this was easy,” laughs Nazih. “But it was most certainly a lot of fun!”