Piccadilly Circus was shut down for the scenes filmed there (Pictures: Rex / Warner Bros)

From the bright lights of Piccadilly Circus to the sprawling British countryside, the Harry Potter films are just as known for their magical landscapes as their incredible cast and special effects.

Daniel Radcliffe (Harry), Rupert Grint (Ron Weasley), Emma Watson (Hermione Granger) and co looked completely at home in the magical shots, with the best of Britain being celebrated in the famous franchise.

Behind the magic is Location Manager on the films, Sue Quinn, who went to huge lengths to secure the stunning scenes.

Chatting to Metro.co.uk to celebrate the opening of the new Harry Potter Photographic Exhibition in Covent Garden, Sue revealed some of the secrets behind the on-location sets.

As the final film in the franchise, Deathly Hallows Part Two, turns 10 (feeling old yet?) Sue revealed the most difficult and beautiful locations to film, and what it was like to shut down one of London’s busiest landmarks all for a bit of movie magic.

As commutes go, the one from Kings Cross to Hogwarts was quite something.

The wide shot of the Hogwarts Express puffing away amid the British countryside is a sight every Harry Potter fan will recognise – and it’s one of Sue’s favourite moments.

‘One of the most beautiful locations we went to is when they’re on the train and they’re going across somewhere called Rannoch Moor which I would say is probably one of the last wildernesses in the UK and it is absolutely stunning,’ she explained.

‘It’s desolate but very beautiful. We’re lucky enough to be able to go to these places and see them, and we would often do helicopter recces to go and find places and so I was terribly, terribly lucky to be involved.’

Kings Cross proved to be one of the most challenging locations

When it comes to iconic Harry Potter locations, Kings Cross and Platform 9 and 3/4 is up there with Hogwarts and Privet Drive.

‘Kings Cross – you always had to work around other trains,’ Sue recalled. ‘And because it was a steam train, there were health and safety implications of steam and fire that came from bringing a steam train into a working station.

‘Whereas normally a film works around the actors, in this case we worked around the train. You just live [in the station] for a while!’

Piccadilly Circus had to be shut down for Deathly Hallows 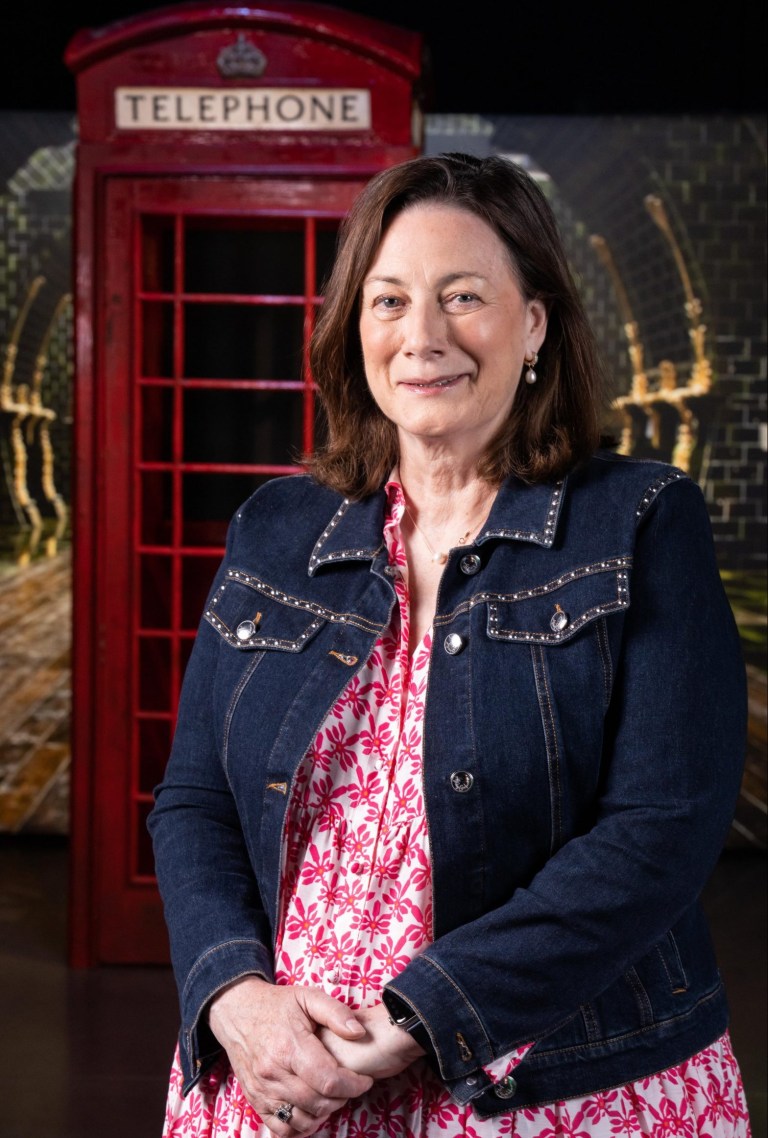 Sue Quinn is behind some of the movie magic on the Harry Potter films (Picture: PinPep/Shutterstock)

‘I think a lot of people don’t understand [the amount of work] that goes into something like that,’ Sue admitted.

‘When we were at Piccadilly Circus, we had like 300 extras and the problem is, normally you’d put them in a marquee or find a field or something to put everything up and to deal with all the logistics.

‘So we found an empty building but there were no loos and it was up on the second floor!’

‘It’s dealing with all those logistics behind-the-scenes to make something work and to make it look as if it just happened.’

Hardly anywhere said no to being featured 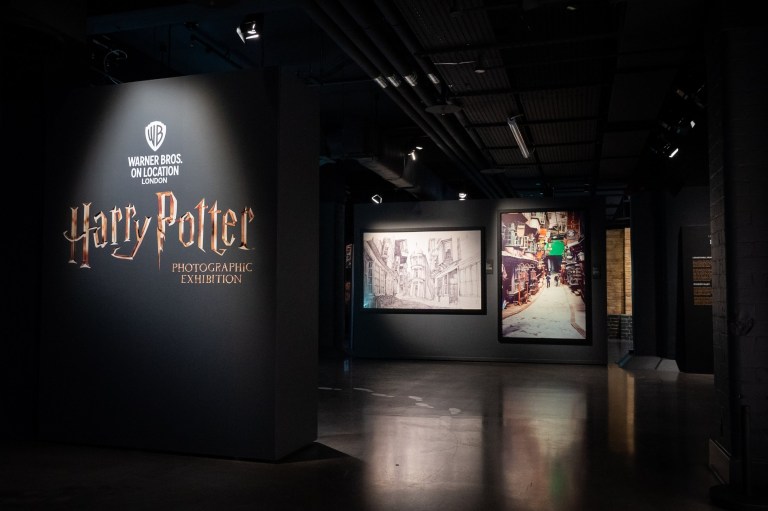 While it can sometimes be a huge challenge to secure locations for films and TV, having the Harry Potter name in the war chest proved to be a major advantage for Sue and the team.

‘I have to be honest, most doors opened when you said it was Harry Potter, because people knew what it was and they were willing to help and that was a bonus because you already had a foot in the door.

‘It was a wonderful machine that went on, it was just great. The logistics, the behind-the-scenes team of Harry Potter and [Fantastic] Beasts – there’s a lot of people so you have to accommodate all of that and make sure everyone has what they need.’

Sue has been celebrating the opening of the new Harry Potter Photographic Exhibition in Covent Garden, which will showcase never-before-seen images from the franchise.

‘I’ve just been shown round and it’s like, “Oh my gosh, it was so long ago! Everyone looks so young!”‘ Sue said, adding that the Shell Cottage part of the exhibition is her favourite. ‘It brings back all sorts of absolutely wonderful memories.

‘For me it’s quite exciting and it makes you feel a little bit sad really, to come back and see everything. For me, they were really, really happy times.’

Some of the most beautiful Harry Potter locations from the expert

Sue’s been to pretty much every gorgeous Harry Potter location she could think of, so for any fans wanting to head for a visit, here are her top picks:

The Harry Potter Photographic Exhibition opened in Covent Garden on July 12, featuring a collection of behind-the-scenes photos and London’s only bottled Butterbeer bar. Tickets are available to book here.