Gaga is in the new House of Gucci movie – but when did the actual brand first start? (Picture: Fabio Lovino)

Lady Gaga and Adam Driver’s new movie about the Gucci family, directed by Ridley Scott, is available to watch in cinemas now.

The biopic’s plot follows the luxury brand through the 1980s and 1990s, until its most shocking moment – the assassination of Maurizio Gucci in 1995.

But stepping back further in time: when did the Gucci fashion house first start?

And is the brand in any way involved in the film?

When did fashion house Gucci begin?

Gucci was launched in 1921 by Italian businessman and designer Guccio Gucci.

Exactly 100 years ago, it all began as a small leather shop in the Tuscan city of Florence. Guccio sold leather travel bags, accessories, and even saddles for horses. 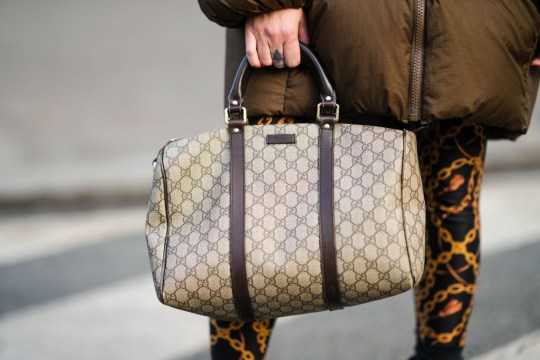 Over the next few decades, Gucci stayed family-oriented and Italy-based, with son Aldo championing a second shop in Rome – before a flagship Milan store was opened.

It wasn’t until 1952, a year after Guccio’s death, the brand’s first US shop was opened in New York City.

With Aldo Gucci at the reins, the brand really took off in 1954 – thanks to its famous bamboo handbag appearing on the arm of Ingrid Bergman in the film Viaggio In Italia.

Gucci and its famous ‘G’ logo was catapulted into worldwide fame and recognition. But interestingly, the Gucci family no longer own the brand bearing their name.

French company Kering, which owns Balenciaga, Yves Saint Laurent, Stella McCartney, and Puma among other high-end brands, has had ownership since around 1999.

Were Gucci involved in the film?

The brand Gucci was involved in the making of the movie, but the Gucci family were not.

The family aren’t best pleased with the portrayal.

Patrizia Gucci – the great-granddaughter of Guccio and second cousin of Maurizio – told the Associated Press: ‘We are truly disappointed. I speak on behalf of the family.

‘They are stealing the identity of a family to make a profit, to increase the income of the Hollywood system. 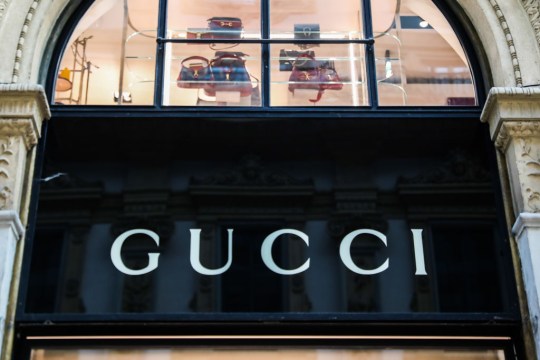 ‘Our family has an identity, privacy. We can talk about everything. But there is a borderline that cannot be crossed.’

However, Kering CEO Marco Bizzarri stressed to WWD in March this year that he was on board with the movie, and even helped to provide costumes and props.

Bizzarri said: ‘Gucci is collaborating with MGM and Scott Free Productions by providing access to the house’s historical archive for wardrobe and props.’