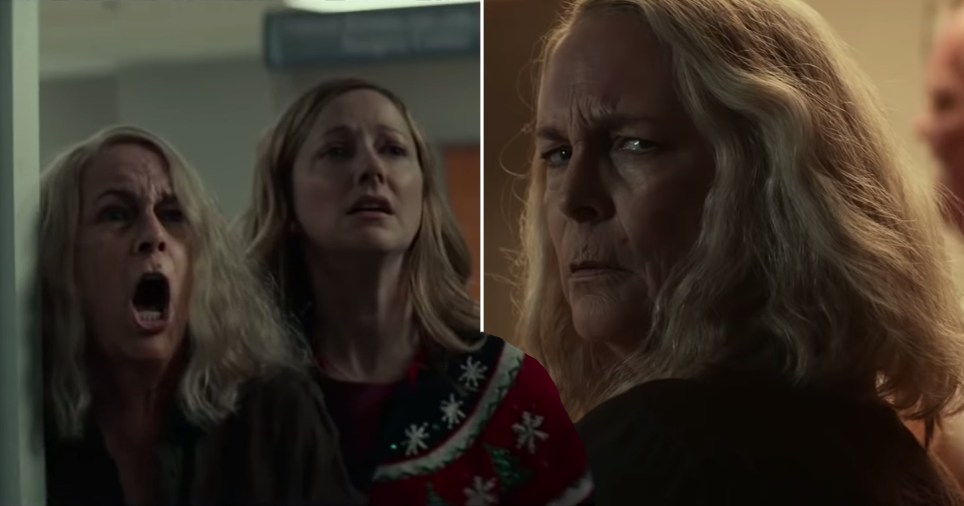 We might scream when Jamie Lee Curtis returns in Halloween Kills (Picture:

As you cry over the repeated delays of James Bond and Marvel’s fleet of blockbusters, can you spare a thought for us horror geeks too?

Due to the pandemic-that-shall-not-be-named, the horror genre has seen anticipated gems such as Halloween Kills, A Quiet Place II and Spiral: From The Book of Saw pushed back into the oblivion of 20-never.

We’ve been assured that these key releases will arrive throughout 2021 and, while we don’t want to hold our breath, it’s definitely giving us something to look forward to.

To be fair, we have been treated to some stellar indie stand-outs recently, such as the quarantine-inspired Host which is streaming on Shudder, and the understated chiller The Vigil, currently available on Netflix in the UK.

Still, we haven’t forgotten about the horrors which will promise to completely satisfy our somewhat starved appetite for gore and scares…

Horrors we can’t wait to finally watch in 2021

Perhaps the most delayed of all the upcoming horror blockbusters is the sequel to 2018’s Halloween.

The second installment of the revamped classic franchise will pick up immediately after the events of the first – with Michael Myers seemingly but not really dead after going up against Laurie Strode (Jamie Lee Curtis), her daughter Karen (Judy Greer) and granddaughter Allyson (Andi Matichak).

The Conjuring: The Devil Made Me Do It (June 4, USA)

Boy, oh boy, does it feel like an age since we’ve had a Conjuring movie on our screens – definitely not counting the mediocre spin-off movies such as La Llorona. 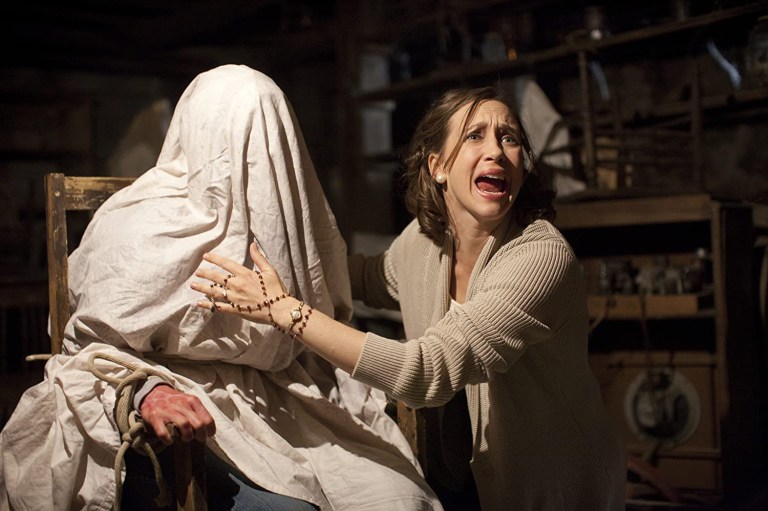 Vera Farmiga will reprise her role as Lorraine Warren in The Conjuring 3 (Picture: New Line Cinema)

The third installment of the box office hit franchise will see Vera Farmiga and Patrick Wilson reprise their iconic roles as Ed and Lorraine Warren.

The paranormal investigators will look into the case of a young boy who is murdered and the suspect who is claiming demonic possession as a defense for the first time in the history of the United States.

We were beyond gutted when Candyman was pushed back from 2020 but we have a feeling it’ll be worth the wait.

The sequel to the 1992 classic will follow on from the traumatic events from almost 30 years ago.

Tony Todd will reprise his role as the titular boogeyman while Nia DaCosta has directed with production from Jordan Peele.

Anyone else salivating at the thought of Chris Rock’s somewhat humorous spin on the Saw gorefest?

Hailed as a reimagining of the franchise, Spiral will follow esteemed police veteran (Samuel L. Jackson), brash Detective Ezekiel “Zeke” Banks (Rock) and his rookie partner (Max Minghella) as they take charge of a grisly investigation into murders that are eerily reminiscent of the city’s gruesome past.

Who thought we’d be longing to hear people trying their hardest not to eat popcorn loudly like we did when the first Quiet Place was released in cinemas?

Hopefully we’ll finally reunite with Evelyn (Emily Blunt) and the rest of the surviving Abbott family as they tries to navigate the unknown world, filled with those mysterious creatures that hunt by sound.

Only this time, it turns out they aren’t the only threats lurking in the outside world.

The events that take place in the Purge movies have always felt not all that unrealistic – which is pretty telling of the real world we’re currently living in, right?

The fifth entry in the series deals with the fallout of a presidential election that abolishes the Purge and a Mexican couple escaping a drug cartel in Texas.

Don’t Breathe is one of the most pleasant surprises in horror of the past decade and, thankfully, the sequel is expected to arrive this year. 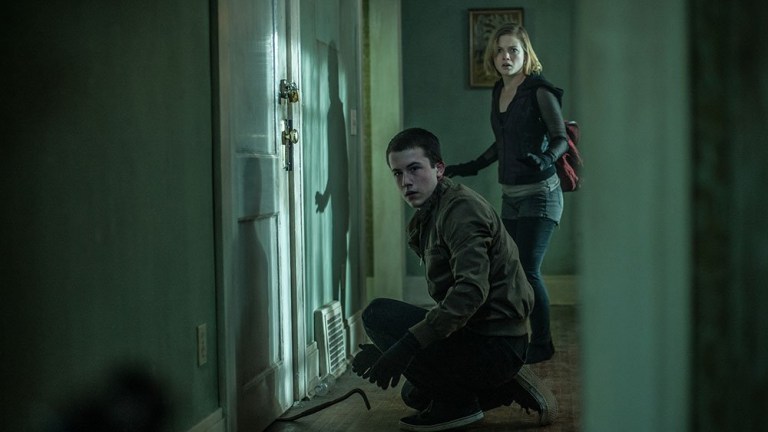 Don’t Breathe is set for a sequel (Picture: Sony Pictures)

Stephen Lang will return as the Blind Man, who has been hiding out for years in an isolated cabin after taking in and raising a young girl orphaned from a house fire. Of course, their quiet existence is shattered when a group of kidnappers show up and take the girl, forcing the Blind Man to leave his safe haven to save her.

Army of the Dead (TBC)

We’re truly hoping Army of the Dead will do for the zombie sub-genre what Train To Busan did – and we have every faith in Zach Snyder.

Army of the Dead follows a group of mercenaries who break quarantine to enter an infested Las Vegas in order to pull off ‘the greatest heist ever attempted’.

It’s believed to be inspired by George Romero’s zombie classic Dawn of the Dead and has been in the works since 2008 but only came to light after Snyder stepped away from Justice League.

Even better, Snyder has already wrapped filming on the sequel which is actually a prequel.

Coming very soon is this Christopher Smith-directed chiller and it’ll feel very close to home for those of us in the UK as The Banishing tells the story of the most haunted house in England.

Set in the 1930s, a young reverend, his wife and daughter move into a manor with a horrifying secret.

We’re totally getting The Haunting Of Bly Manor vibes.

Perhaps the only thing more eerie about Malignant than the title itself is that we know nothing about it.

Except for the fact it’s directed by James Wan which pretty much tells us all we need to know anyway.

Annabelle Wallis is flexing her scream queen chops in this one and will be joined by Maddie Hasson and George Young.

M Night Shyalaman is back with a Old which, frankly, sounds highly unsettling.

Prepare to follow a family on a tropical holiday as they discover that the secluded beach where they are relaxing for a few hours is somehow causing them to age rapidly – reducing their entire lives into a single day.