HOMES Under the Hammer’s Martin Roberts was left open-mouthed after he spotted something VERY wrong with a terraced house.

In a recent episode of the BBC series, Martin visited Rushden in Northamptonshire to see a terraced property.

Martin Roberts was left open-mouthed on Homes Under the Hammer

Martin said: “Well very close to the centre of Rushden is a property I’m going to see, it’s a mid-terrace £50,000 but I have to say in terms of curb appeal it’s not doing too well.”

Martin didn’t feel any better once inside, noting: “So what have we got? Entrance hall here, nice bit of tiling.

“And then through into this knocked through the living area but before I go any further the thing that hits you when you walk through the door is the smell.

“I don’t know what it is but it’s not very nice. The thing is with smells you’d think they’d go if it’s not being lived in but not if stuff has seeped into floorboards.” 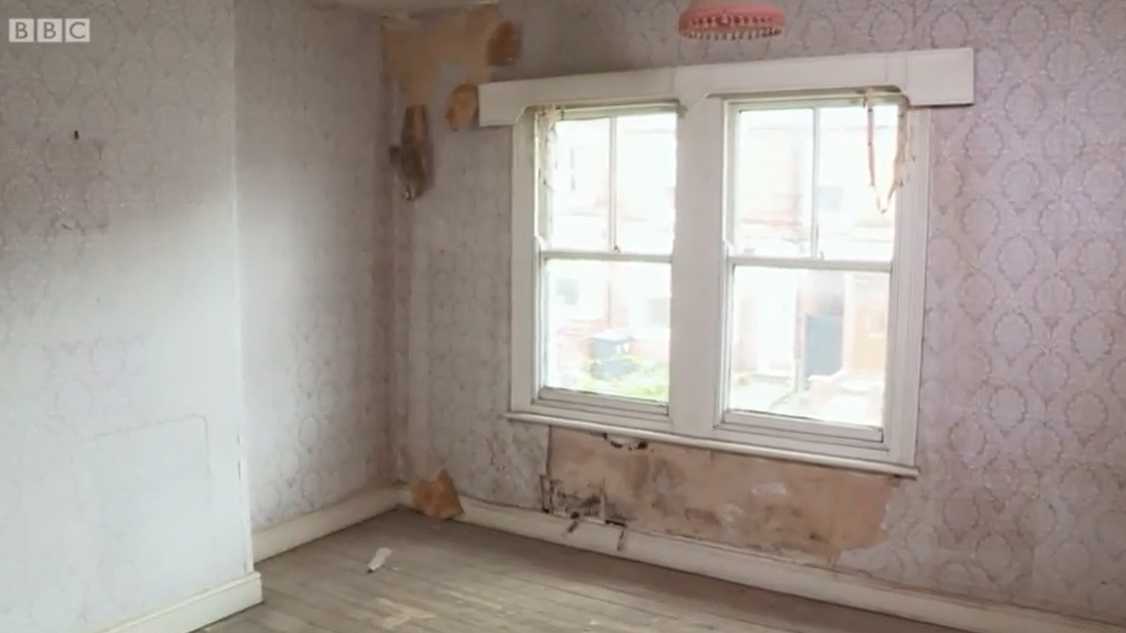 Martin visited a house in Rushden, Northamptonshire and it needed a lot of work 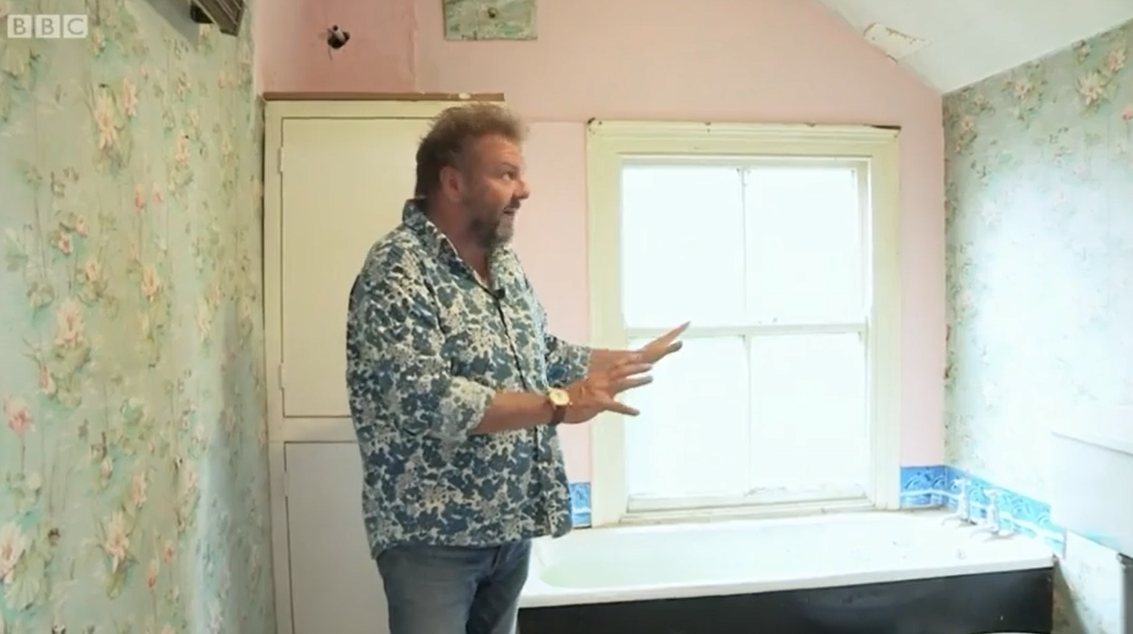 The host was horrified by the bathroom 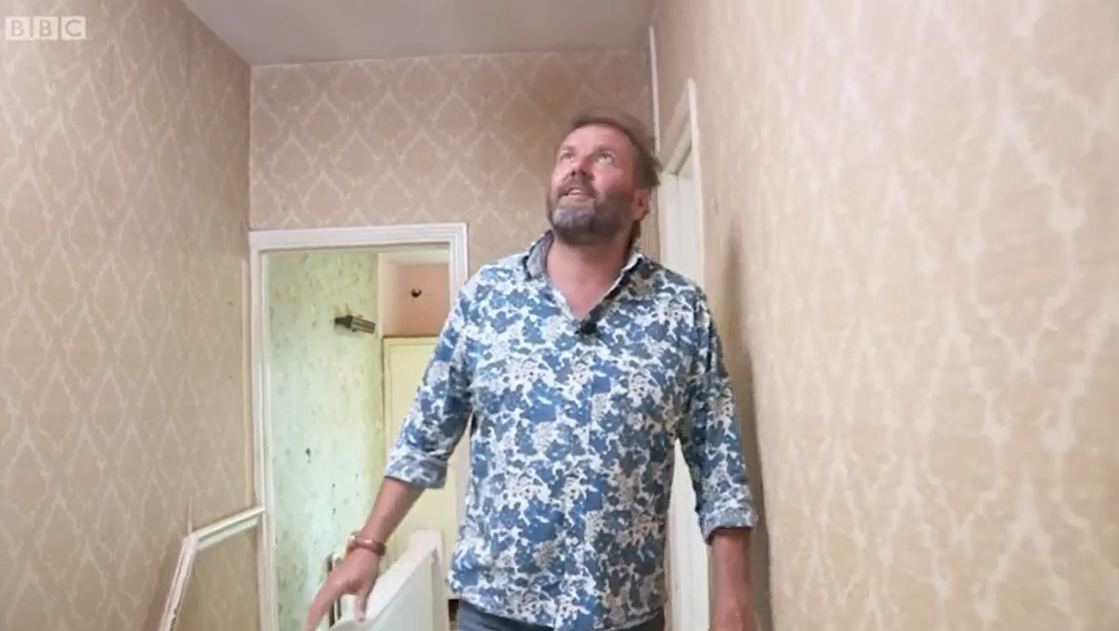 He then noticed a ‘useless’ hatch to the loft

Trying to be positive, he added: “Don’t underestimate the effort it takes to remove smells but it’s a nice big space, lots of light, the whole house definitely feels very dated.”

Martin added there was some potential for the house in terms of storage space and a small outbuilding.

He continued: “At the top of the stairs, a nice surprise, a really good sized bathroom, almost too big.

“You’re going to need a new bathroom suite unless you’re a reptile and then it’s perfect.” 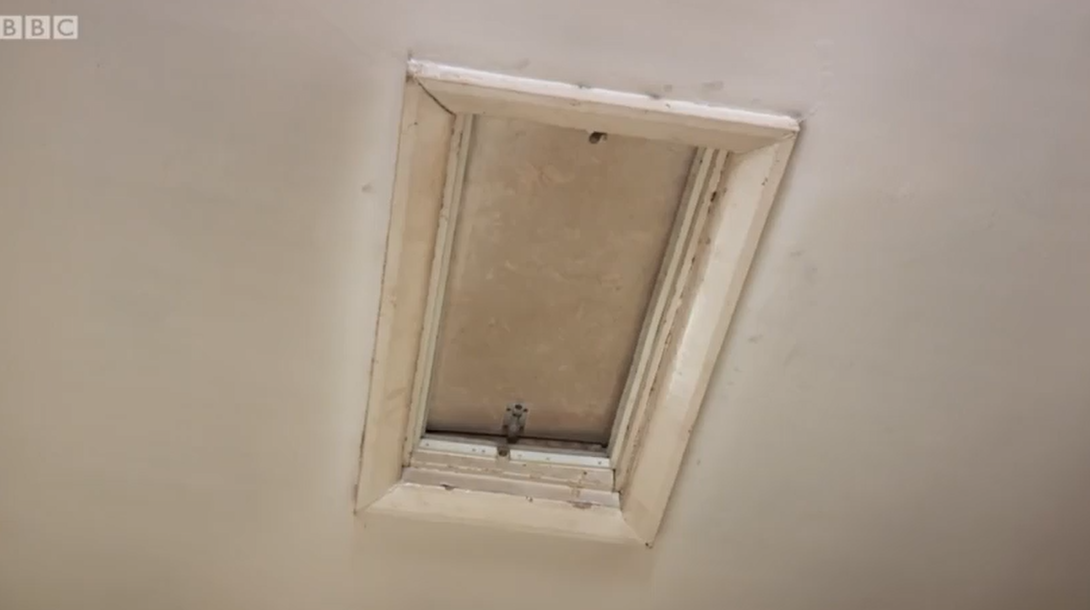 The hatch had no clear way of accessing it 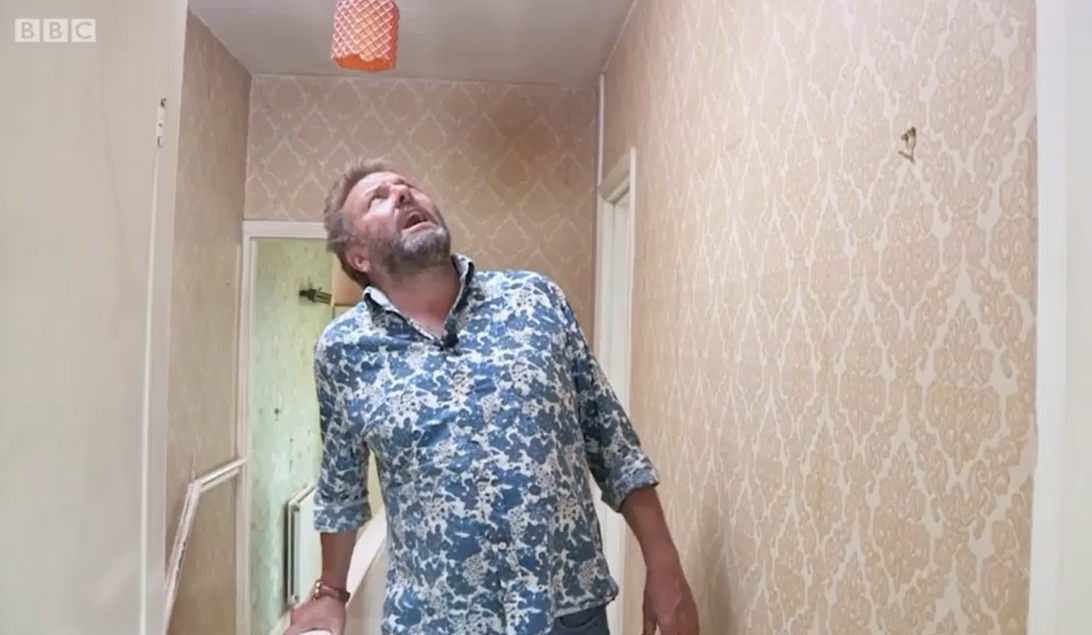 Martin was far from impressed

As he headed along the hallway, he stopped and looked up at the high ceiling and an entrance point to the loft, which had no obvious way to reach it.

He said: “I love that. As a loft hatch, that’s a little bit unusable for the majority of people.”

Despite his bleak assessment of the property, it ended up selling for £115,000 – from a guide price of £50,000 – to business partners Tony and Gareth.

Homes Under the Hammer airs on BBC One and is available on BBC iPlayer.