HIS Dark Materials captured viewers’ hearts with a touching moment between Mrs Coulter and her monkey.

The femme fatale, played by Ruth Wilson, is famously cold with her daemon – a golden monkey – to symbolise her self-loathing.

However, in the latest episode of the BBC fantasy drama, Marisa showed a rare moment of vulnerability.

The unlikely interaction came afer the villainess interrogated Lee Scoresby (Lin-Manuel Miranda), who was being held prisoner after shooting down a Magisterium agent in self-defence.

She pressed him for the location of her daughter Lyra (Dafne Keen), even threatening to “rip out every nail and break every bone” to get the information out of him.

However, Lee calmy assured her he was good with pain and would rather die than betray Lyra, because “her life is worth ten of [his].” 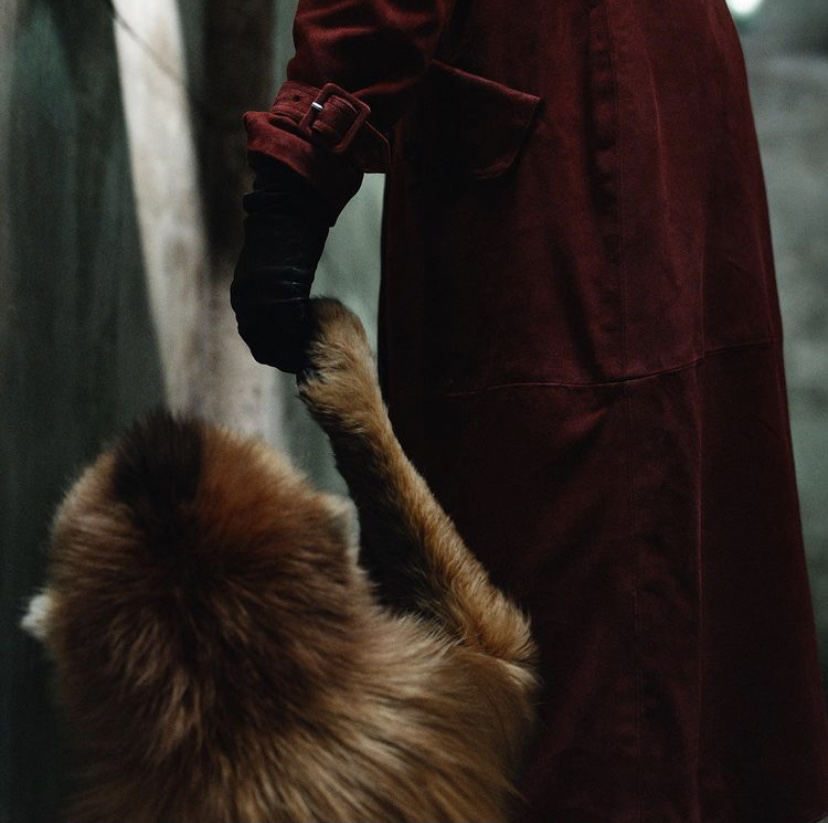 Marisa finally showed some warmth towards her daemon

He also struck a nerve after explaining that he could tell she had grown up in an abusive home, just like him, leaving her visibly shaken.

After stalking out of the room, Mrs Coulter appeared to be fighting back tears as she steadied herself against a wall.

Sensing her upset, her monkey nervously sidled up to her and reached up to take her hand.

Viewers were expecting her to swat the daemon away, so were stunned when she ended up accepting the gesture. 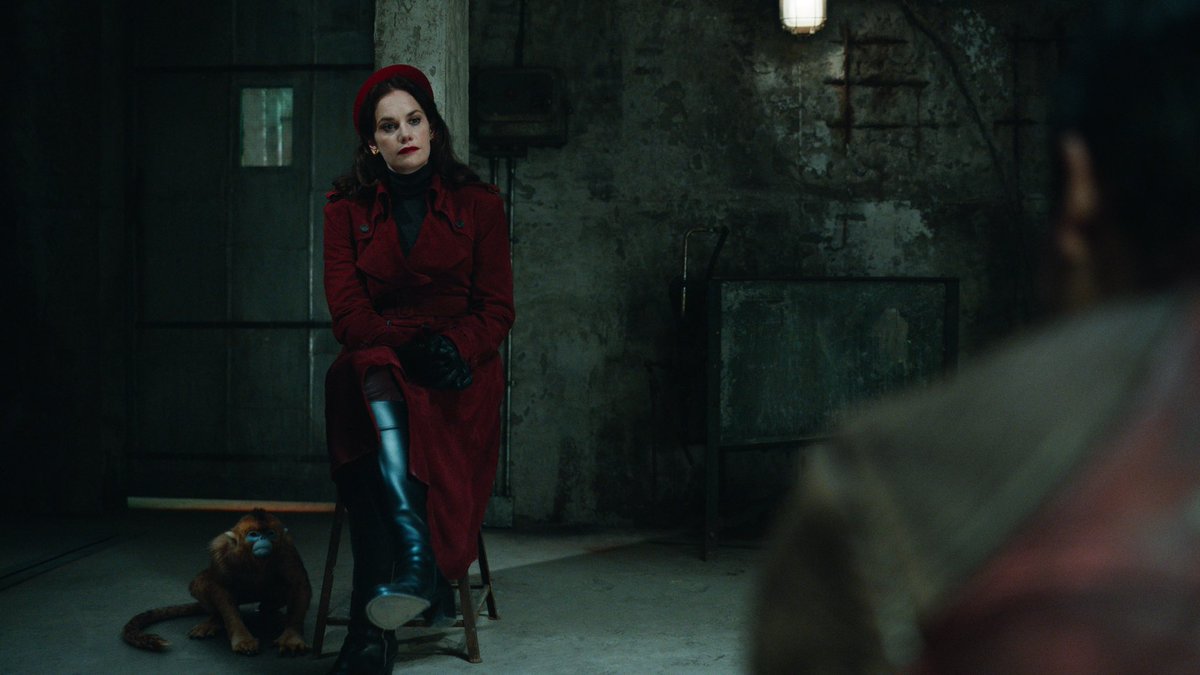 Coulter had no luck getting Lyra’s whereabouts from Lee

Some were even moved to tears and took to Twitter with their thoughts.

“Omg stop I’m about to have a breakdown – THE HAND HOLD,” one fan exclaimed, alongside a string of crying emojis.

“Not Mrs Coulter and her golden monkey holding hands… why am I emotional?” a second asked.

The Golden Monkey: *tentatively holds his human’s hand and for once ISN’T REJECTED*
Me, despite myself: awwwww
The Golden Monkey: *viciously attacks and incapacitates a snake demon to take out their human; I’m pretty sure I heard something snap???*
Me: AAAAAAAA#HisDarkMaterials

A third chimed in: “Mrs Coulter’s daemon really cautiously holding her hand because she never learned how to show herself any love or care and he can’t predict her behaviour IS SO LOUD.”

While a fourth wrote: “The monkey holding her hand to comfort her,” along with a trio of sad emojis.

Clearly the moment softened Marisa up, as she ended up venturing back to Lee’s cell and setting him free.

She admitted that Lyra was in danger and pointed out that if she doesn’t find her first, she’ll need loyal allies to keep her safe. 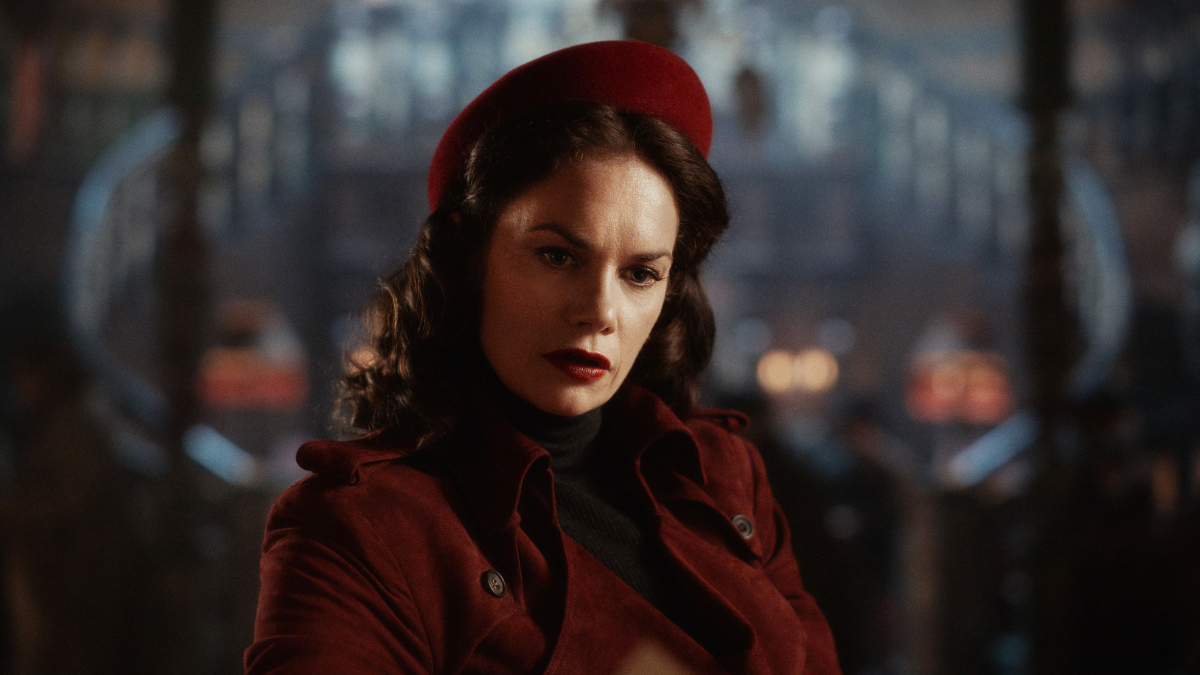 The furore comes after fans reacted to Lyra and Will finally meeting earlier this month.

Elsewhere, Game of Thrones fans were quick to point out that Angelica was being played by Bella Ramsey, who starred as the formidable Lady Mormont in the HBO epic.

His Dark Materials airs Sunday on BBC One at 8pm and is available to stream on iPlayer.