After launching in 2020 for PC and consoles, developer Mediatonic recently announced that Fall Guys: Ultimate Knockout will soon be going free-to-play.

The time for players to get their hands on the adorable battle royale at no extra cost is almost here, as well as brand new content to celebrate the occasion. To help you understand when exactly Fall Guys releases as a free-to-play game, we’ve put together a handy guide for everything you need to know.

When does Fall Guys free-to-play launch?

Fall Guys Season 1: Free For All is expected to release on June 21 worldwide. However, each region has specific times that will come in handy if you’re awaiting the launch. You can read them below:

What platforms will the free-to-play version be available on?

Luckily for fans, Fall Guys Season 1: Free For All will be available across PC and all consoles. This means players will be able to download the game for free on PS4, PS5, Xbox One, Xbox Series X|S, and Nintendo Switch.

The Nintendo Switch and Xbox versions releases will be a first for the game, and will also coincide with the Epic Games Store release on PC as well.

The PS5 version release will also be getting faster load times and performance upgrades.

With Fall Guys launching on Epic Games, this means that the game will be de-listed from Steam. But don’t worry!

Existing owners and players won’t be affected. Instead, those wishing to play the game on PC will need to simply get the game on the Epic Games Store instead.

Mediatonic has confirmed that cross-play and cross-progression will also be included. This means you’ll now be able to form a party with your friends regardless of the platform they’re playing on. 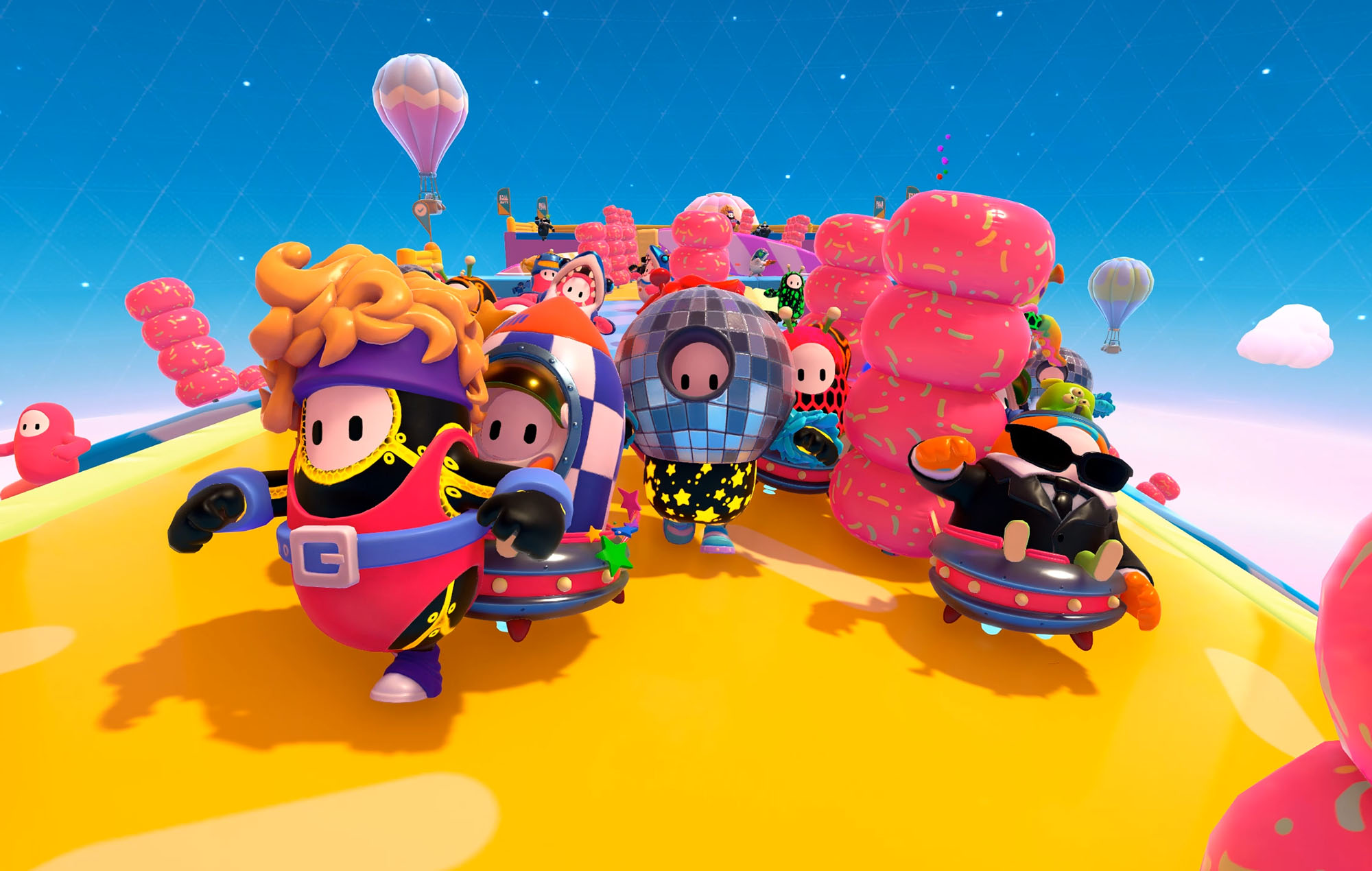 With the re-release of Fall Guys Season 1: Free For All, players can also get their hands on the Legacy Pack on June 21.

The Legacy Pack includes a Veggie Dog costume, Feisty Dwarf costume, Regal costume, a nickname, and nameplate, along with the Season Pass for Season One.

With the Season Pass, a new currency is being introduced called the Show Bucks. Players who are also pre-registered for the game will also get a series of exclusive rewards.