A harrowing new trailer for Kate Garraway’s ITV documentary has been released, with the presenter seen screaming: ‘Derek I miss you’ in one particularly agonising moment.

The Good Morning Britain host will front the programme, titled Kate Garraway: Finding Derek, about her husband’s year-long battle with the virus, with a 30-second clip being released.

It starts with Kate saying: ‘Derek is the sickest person the team of doctors have treated that’s lived’.

‘Is he going to be able to come back? Or will he be alive, but no longer the person he was?’ she goes on to ask, sadly adding: ‘You shouldn’t have to think like that.’

A heartbreaking clip is then shown of Kate screaming in pain, saying: ‘Derek I miss you!’

The trailer ends with the 53-year-old pledging to ‘find a way to make it better.’

The documentary also shows the first photograph of Derek since he was hospitalised in March last year. 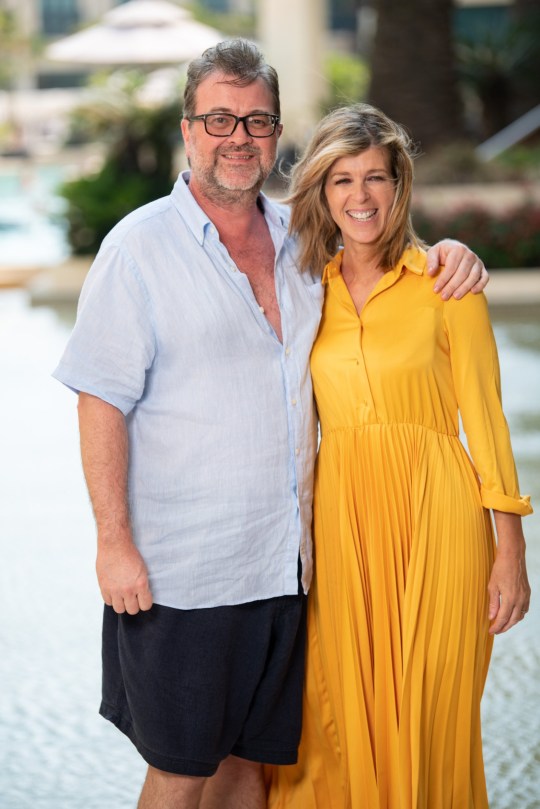 Kate has been open about Derek’s battle (Picture: REX)

Speaking out about the upcoming programme, the mum-of-two explained that she doesn’t want to scare people, but rather show the devastating impact that Covid-19 has had on so many families.

She told her co-host Ben Shephard on Good Morning Britain: ‘This is something I started making in August and obviously then, rather hoping that Derek and I would be chatting to you together and that more recovery would be possible, that hasn’t been the case.

‘It’s looking at not just what’s happened to my family but also to other families and the very, very long tail that Covid has.’

Revealing what viewers can expect from the emotional documentary, the presenter added: ‘The documentary does focus a lot on the challenges but you’re right, there has been a lot of progress.

‘He’s been on the crest of a wave and that’s one of the reasons why I wanted to make the documentary, just so we can all think about the next challenges that are coming despite some of the progress with the vaccines and ongoing trials.’

Kate, who has children Darcey, 14 and Billy, 11, with Derek, has been warned multiple times that he may not make it, and was even left waiting 24 hours after mistakenly being told he might have died.

While he no longer has the virus, it has left him with organ damage, including lung issues and holes in his heart, and diabetes, which he did not have before.

Due to the changing guidelines as the pandemic continues, the TV star has been unable to see her husband since before Christmas.

Kate has since revealed that doctors had told her it is ‘highly unlikely’ that Derek would make a good recovery, but could make a ‘reasonable recovery’, which they described as ‘being able to hold a hairbrush’ by himself.

Speaking to The Times about what the future holds, Kate said: ‘The very worst moment was when they said he could be locked in for ever. And I just thought, this is a horror story.

‘I don’t know if he’ll ever have any kind of life again. We just don’t know. The change in his body is shocking.’