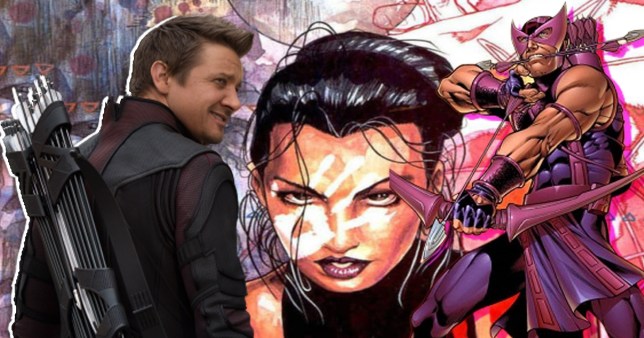 Following on from WandaVision, The Falcon and the Winter Soldier and Loki, one of the most highly-anticipated upcoming releases from the MCU (Marvel Cinematic Universe) is TV series Hawkeye, which is currently in production.

Starring Jeremy Renner as Clint Barton, aka Hawkeye, and Hailee Steinfeld as his new bow-and-arrow-wielding protégé Kate Bishop, the series will pick up after the events of Avengers: Endgame, introducing Alaqua Cox as Maya Lopez, a deaf superhero also known as Echo.

In December, pictures emerged from the Hawkeye set, with fans quickly spotting that Jeremy appeared to be wearing a hearing aid, although this hasn’t officially been confirmed.

In the Marvel comic books, Hawkeye has been written in the past as having hearing loss and wearing hearing aids, but this has never been shown through Jeremy’s incarnation of the character on screen.

While there are some fans who believe a deaf actor should have been cast as Hawkeye, there are others who have said that they are still excited to see the character potentially depicted as having hearing loss in the Marvel release, despite being played by a hearing actor.

The National Deaf Children’s Society put Metro.co.uk in touch with six young deaf people, who shared their views on the portrayal of hearing loss in Hawkeye and the immeasurable impact deaf representation can have for TV viewers across the globe. 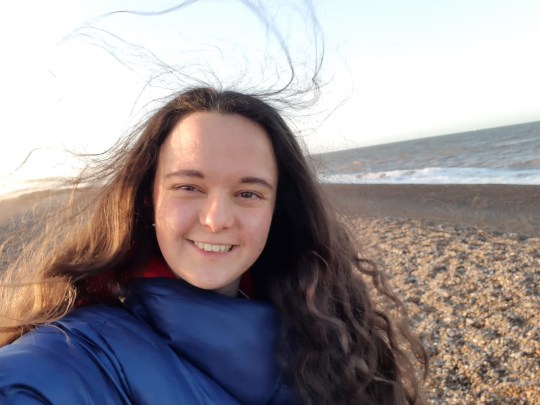 Holly shares her passion for comics with her dad (Picture: Provided by the National Deaf Children’s Society)

Holly, a 19-year-old student living in London, grew up as a big fan of superheroes in films, TV shows and comic books, having been encouraged to read the comics by her dad – a passion that they share together.

While she was aware that Hawkeye was a deaf superhero in the comics, ‘because he was never shown with hearing loss in the films, it didn’t have the impact that it should have’, she said.

‘The character in the comics resonates with me, but when it comes to the films and the main portrayal of Hawkeye, the relation to the character or the excitability to know that the character has hearing loss isn’t there,’ Holly stated.

The student is brimming with excitement to ‘finally watch a Marvel show with hearing loss representation’ with the introduction of Echo, saying that she thinks ‘it would make such a huge impact to watch something where I both love it, and feel like I am represented and so do belong in society in a weird way’.

‘I also think that those deaf kids who are just starting to discover superheroes like I once did will feel the same and be able to take comfort in that some of their favourite characters have hearing loss,’ she said.

‘It’s something I didn’t have when I discovered superheroes and I truly believe it could make all the difference in making those kids feel happier with the challenges of hearing loss because it will then be portrayed in such a positive light.’

Holly added that she would have ‘absolutely loved for Hawkeye to have initially been deaf in the Avengers films’, saying that in her view, it would be best for a deaf actor to be cast in the role, as this would provide deaf children with a ‘role model to look up to who represents them’. 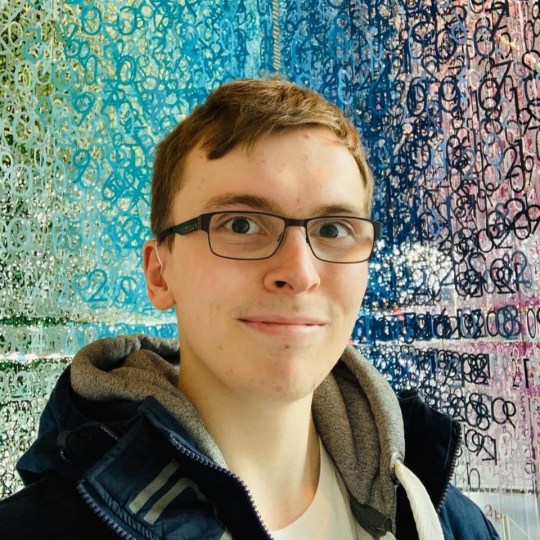 Liam is a 23-year-old mildly deaf journalist and campaigner from Bedfordshire, whose interest in the superhero genre has grown in recent years, with the release of films such as Avengers: Infinity War, Avengers: Endgame, Deadpool and TV show The Boys.

He previously wrote for Metro.co.uk about the ‘fantastic’ casting of deaf actor Lauren Ridloff as superhero Makkari in Marvel’s The Eternals.

Liam admitted that he’s ‘always a little apprehensive whenever there’s new representations of deafness in the TV and film industries, as while things are slowly improving, there are still some inaccurate and harmful portrayals which slip through the net from time to time’.

While he said that it’s a ‘relief’ to see a deaf superhero, he is also fearful that it could ‘tap into the whole “superhuman” perception of disability which is incredibly harmful’.

‘It would have been incredible to have seen Hawkeye depicted as deaf in the recent Avengers films. While I have no doubt there will be a fair amount of people watching this new TV series, it doesn’t quite compare to the audience which turned up to watch Infinity War and Endgame,’ he stated.

‘If all of those people were watching those films and seeing a deaf superhero, then the impact would have been immense.’

Liam also warned that when hearing actors play deaf characters, ‘despite their best intentions’, they can sometimes perpetuate ‘harmful stereotypes’. 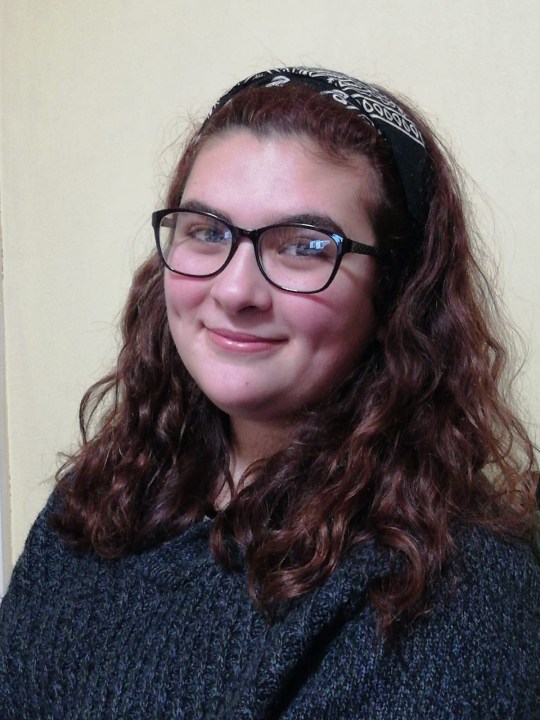 Holly stresses that ‘deaf people can save the world just like hearing people’ (Picture: Provided by the National Deaf Children’s Society)

Holly, 17, from Nottinghamshire, has been a fan of superhero tales since she was around six to seven years old.

She said that while she felt happy to have representation for deaf people with the portrayal of Hawkeye in the comic books, when the Avengers film came out and Hawkeye wasn’t shown to have hearing loss, ‘it was horrible because finally young deaf people had someone to look up to and Marvel took that away’.

When discussing hearing loss representation in Hawkeye and the potential that the Avenger will be portrayed as deaf, Holly said: ‘It’s about time, but it would be nice if they replace Jeremy Renner with a deaf actor who can characterise Hawkeye in a way that hearing actors cannot.’

Adding that she would have ‘definitely’ like to have seen Clint depicted as being deaf in the Avengers films, Holly said that it makes her feel ‘happy’ thinking about the influence a deaf superhero in a Marvel Studios release will have on its young audience.

‘It makes me happy because future young deaf people will be able to have a role model to look up to and not feel strange for not being able to hear,’ she remarked. 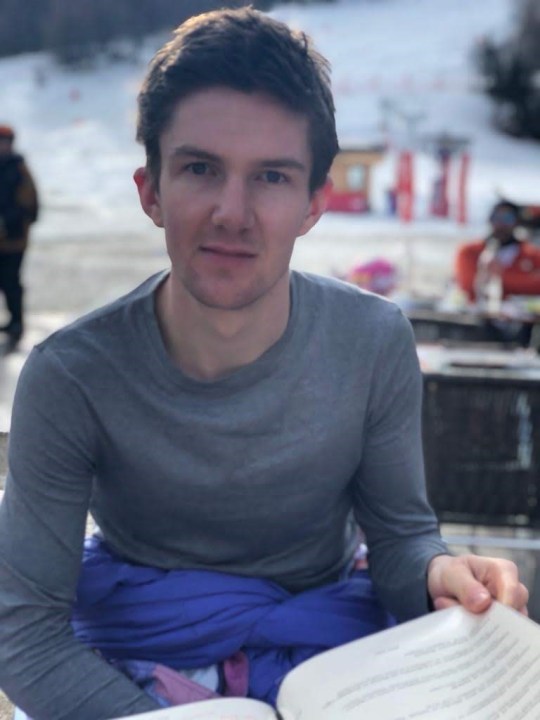 Oliver will be like a ‘little kid bursting with excitement’ when Hawkeye is released (Picture: Provided by the National Deaf Children’s Society)

Oliver, 24, who lives in West Sussex, is a huge superhero fan, having re-watched all of the Marvel movies in chronological order during the recent lockdowns.

Oliver said that he was aware of the superhero Echo when he was growing up, but felt ‘disappointed’ not to ‘see much of the character during my upbringing’.

Saying that he’s going to be like a ‘little kid bursting with excitement’ when Hawkeye comes out and Echo finally appears on his screen, he said: ‘I was so happy to hear that the “hidden” disability is going to be shown on the Marvel TV show. I can relate to her in the sense of lip-reading and the difficulties she would face due to hearing loss.’

Oliver added that Hawkeye has always been his ‘favourite character out of all the Marvel characters.

‘I am a strong believer that when showing some kind of disability (such as hearing loss or blindness), I would prefer that the actor had the disability to really link between acting and real life,’ he said.

‘But then Jeremy is a great actor and it’s a great character, so I believe he will be able to pull it off. Either way, I would be extremely happy if he shows signs that he’s got hearing loss and I can relate to him.’ 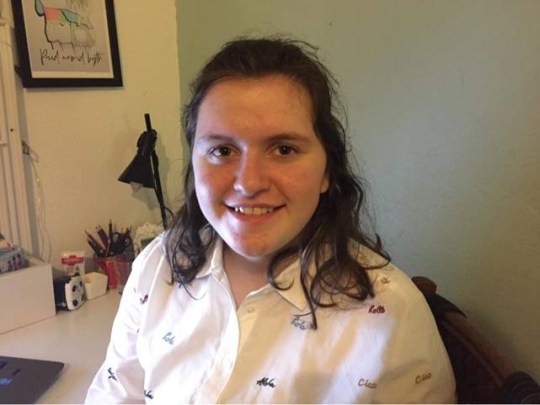 Miriam, 14, lives in North Wales. While she doesn’t think she’s ever come across a deaf superhero before, she said that ‘knowing that people are interested in representing someone like me makes me feel heard’.

Looking ahead to the depiction of hearing loss in Hawkeye, Miriam said: ‘I’m so excited, I think after people watch this show they will be more deaf aware and not be so quick to judge seeing one of their favourite characters being deaf.’

She added that she believes it would be preferable for a deaf actor to play a deaf character, as ‘having a person who’s had that experience and knowing what it’s like would make the acting more believable’.

Miriam said that in her view, it’s ‘important’ for audiences to see deaf superheroes on TV ‘because hearing people just assume that everyone can hear perfectly and having that representation is really important to make people think twice and be more deaf aware’.

‘Normalising having a disability, not only deafness but other disabilities too, could make young people with disabilities feel more confident,’ she said. 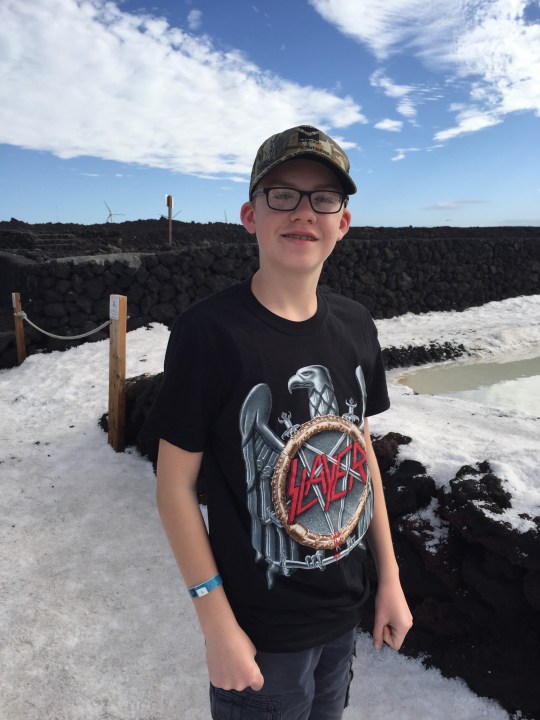 Daniel, 14, from Lowestoft, has loved watching Marvel films his whole life, saying that he feels ‘really happy’ that ‘there will be more representation of strong deaf people’ in Hawkeye.

He expressed his hope that the titular character will be ‘fully deaf’ to ‘show that deaf people are strong and just like hearing people’.

When it comes to whether or not a deaf actor should have been cast to play Hawkeye, if the superhero develops hearing loss in the upcoming series, Daniel said that his opinion will ‘depend on how the character will be portrayed’, such as if Hawkeye is shown using sign language.

Daniel added that the depiction of deaf people in the recently-released PlayStation game Marvel’s Spider-Man: Miles Morales is ‘really positive’, explaining that there is a character who uses sign language to communicate with Spider-Man.

‘I know that originally, Hawkeye was deaf. The current films don’t portray that,’ he stated.

‘I had played the new Spider-Man: Miles Morales on PS4 and the game contains a full deaf character (full sign user of ASL [American Sign Language]). She is not a superhero, but she is still a big part of the game.’

Hawkeye is due to be released on Disney Plus later this year.