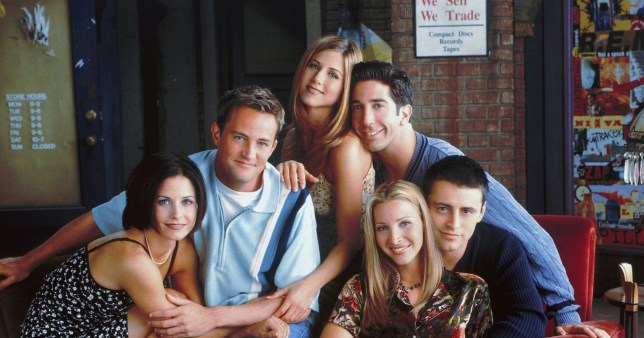 Friends fans have been waiting patiently for the HBO Max reunion (Picture: NBC)

The coronavirus pandemic previously halted production on the project, but it seems Jennifer Aniston, David Schwimmer, Courteney Cox, Matthew Perry, Lisa Kudrow and Matt LeBlanc have wrapped their reflective tribute and will soon be back on screen.

American writer and producer Jeffrey Klarik dropped a major hint that the episode has been completed.

Taking to Twitter to update fans of the project, he penned: ‘It happened and it was everything and more @FriendsTV.’

He also shared a picture of Jennifer which had been taken from a distance and showed her sporting huge sunglasses as she sat behind the wheel of a car.

The reunion won’t come in the form of a new scripted episode though, but in a retrospective instalment featuring the cast discussing their time on the classic show.

Earlier this month, set designer Greg Grade shared a picture of Monica and Rachel’s apartment, suggesting that the gang will be catching up there.

Ross star David recently said the special will be ‘filmed outside’ due to coronavirus. 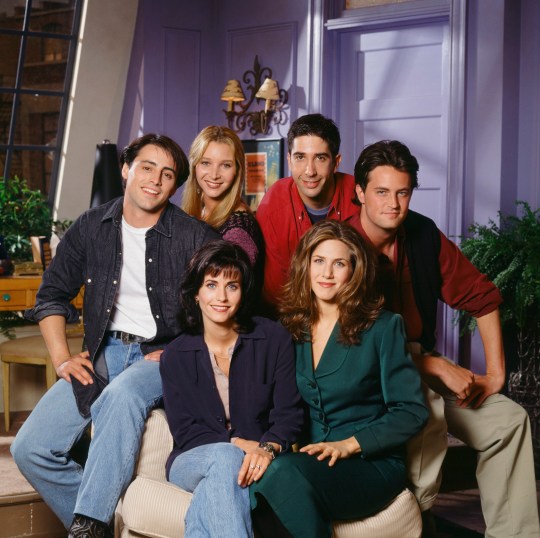 The reunion will see the cast all together for the first time since the final episode in 2004 (Picture: NBC)

‘It’s happening. Actually, in a little over a month I’m heading out to LA,’ he said on Andy Cohen on SiriusXM’s Radio Andy.

The reunion is the first time the six original cast members have been together on screen since the final episode, which aired in May 2004.

The special has been forced back a number of times in lockdown, having been initially planned to launch in the US on HBO Max in summer 2020.

While the reunion has yet to receive a release date, fans can reasonably expect the series to air on the streaming service this summer.

Friends is available to stream on Netflix.