THIS is the shocking moment a Harry Styles fan plunged from a top tier stand at Ibrox Stadium.

The footage, captured during the Glasgow leg of the former One Direction star’s Love on Tour gig, shows a man falling through the air after toppling out of the club deck.

The shocking footage was posted on social media 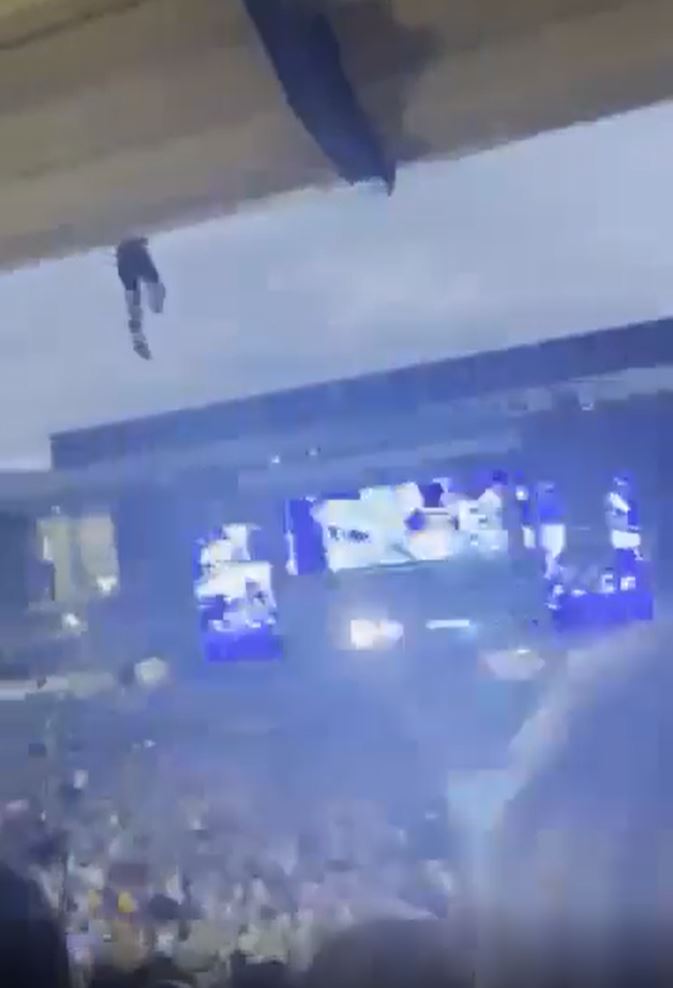 Distressed gig-goers watched as the man fell through the air

It’s understood he avoided landing on other people in the crowd as Harry performed and his injuries are not thought to be life-threatening.

Over 50,000 music fans from around the world turned out to see the singer at Ibrox, which staged its first concert in almost two decades.

The Club Deck is the third tier of seating within the stadium’s Main Stand.

The incident happened at around 10.15pm before the show finished, with many fans claiming online it was around the time when the singer performed his song Kiwi.

Police and ambulance crews raced to the scene after the alarm was raised.

Officers confirmed that the man was treated by medics at the scene.

They added that there was no suspicious circumstances involved.

In a statement, a spokesperson for Police Scotland said: “Officers were made aware of a man falling from a club deck at a premises on Edmiston Drive, Glasgow at around 10.15pm on Saturday, 11 June, 2022.

“There were no suspicious circumstances and the man was seen to by medical staff.”

Harry was due to stage a global tour in 2020 but it was postponed due to the Covid-19 pandemic.