Do you hear the difference? Harry Styles just added another trophy to his collection, but his fans are focused on something else — his missing British accent.

While accepting a BRIT Award for “Watermelon Sugar” on Tuesday, May 11, the Dunkirk star, 27, gave what seemed like a kind but relatively uneventful speech, thanking the first responders who have worked so hard during the pandemic and expressing his surprise at winning another award.

“I just continue to be baffled by moments like this,” the “Fine Line” singer began. “They make me more and more incredibly grateful to be able to get to do this job every day. I’m really happy to be here and proud to be celebrating British music tonight.” 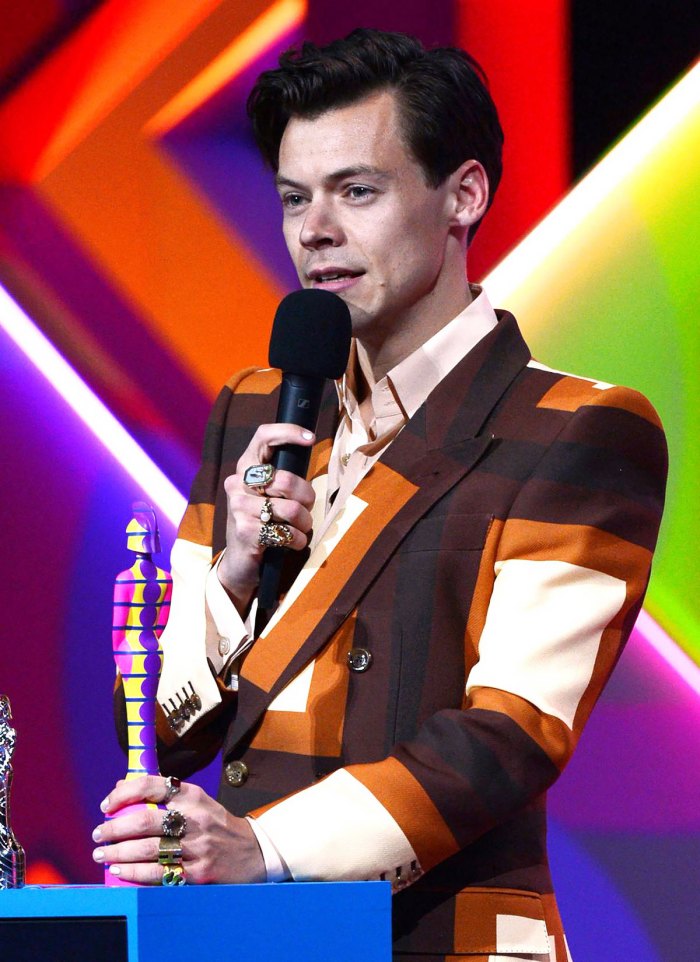 He went on to thank his supportive fans as well as the 2,500 frontline workers who were part of the audience in London’s O2 Arena.

“I want to thank my fans for being so generous to me always, and everyone in my life who has my back,” he continued. “Thank you so much, I love you. And all of you around there, thank you so much for everything you did for this country in the last year. We love you so much and this one’s for you.”

The short speech was enough to whip fans into a frenzy on social media, wondering if the time he spent in America to film Don’t Worry Darling has softened his accent.

“Where has this American accent come from???” asked one concerned observer.

“Harry Styles has got that thing I used to get when I sat next to someone in the office with a regional accent and you’d fully take it on within a week of knowing them,” another quipped.

The former One Direction member has long been known for his thick northern English accent from the county of Chesire, where he grew up.

Earlier this year, he wrapped filming on Don’t Worry Darling, directed by his girlfriend, Olivia Wilde, with whom he was first linked in January. He is currently working on another movie called My Policeman, which has been filming in the southern part of the U.K.

Fans worried that an overzealous dialect coach could be to blame for his changing accent, while others thought he might have been trying to sound “American” on purpose.

“I can still hear the Cheshire boy loud and clear,” wrote one follower. “But there’s definitely hints of accent coaching for his acting roles which make it a little softer than before!”

At least one was less forgiving, however: “Harry Styles losing his accent is tragic if he starts sounding any more American I’m taking his poster off my wall.”