Fans are pouring their hearts out on social media in his memory (Picture: WireImage)

Today marks six years since the death of Alan Rickman, and fans are paying tribute to the actor with heartfelt messages and stories.

Rickman died aged 69 in 2015 following a diagnosis of terminal cancer.

He suffered a minor stroke in August 2015, which led to a diagnosis of pancreatic cancer.

The star only revealed to his loved ones that his cancer was terminal, before he died in January.

His final two films, Eye in the Sky and Alice Through the Looking Glass, were dedicated to his memory, as was The Limehouse Golem, which would have been his next project.

In Rickman’s memory, fans have been reflecting on his work – particularly his portrayal of Severus Snape in Harry Potter – and expressing how he touched their lives. 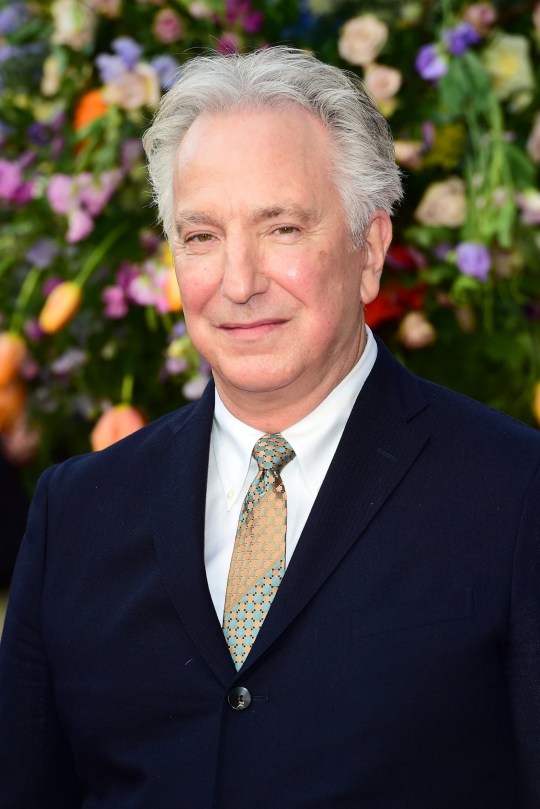 One fan wrote in a poignant tweet: ‘No words can begin to describe how much we love and miss this man, how precious he is for us. It’s been 6 years but he’s still living with us, and will always be. We shall never forget the tremendous actor and exceptional human being Alan Rickman was.’

Another added: ‘Alan Rickman passing hit me like no other, I can’t believe it’s been 6 years without his incredible talent. The characters he created will live with me forever.’

‘i don’t want to give dates or say how much time has passed, for me time doesn’t pass without you, i just want you to know no matter what, i love you with all my heart and will love you all my life and believe that one day we will meet, alan,’ shared another.

We learned the worst news 6 years ago. At the age of 69, the best and very kind actor Alan Rickman left this world forever. You miss a lot every day. Rest in peace, King. I hope you have a good time there in heaven and with your Severus Snape. Always /* ðð¤ pic.twitter.com/yS8aXvp3ZY

Today, 6 years ago, we lost Alan Rickman, a.k.a. the one and only Severus Snape. #alanrickman

I miss you. You were such a phenomenal actor. And remember: ð pic.twitter.com/As6g455zd0

Countless fans said the actor’s death ‘still hurts’ as they admit ‘life isn’t the same without him.’

A heartbroken fan tweeted: ‘It breaks me into pieces everytime when I realize that he is no more with us. He is no more on this land where we live. I can never meet him, no matter how loud I scream his name, no matter how hard I cry. He is gone but he will always be alive in my memories.’

While another wrote: ‘6 years since you last spoke. I wonder if you know the impact you’ve left behind. A whole generation of people who adore you. People come together to spread the happiness you spent years giving out. We miss you. Thank you for it all. You will never be forgotten.’

Alan Rickman: “When I’m 80 years old and sitting in my rocking chair, I’ll be reading Harry Potter. And my family will say to me, ‘After all this time? ‘ And I will say, ‘Always.”ð

6 years ago today we lost Alan Rickman. I was heartbroken when I heard then and Iâm still heart broken now. He was a great man and a great actor and I miss him so much all the time. He was gone way too soon. We love you and I love you Alan , always â¤ï¸ #AlanRickman pic.twitter.com/YPZRimGO0I

Alan Rickman was VERY special to me, so I’ve shed a LOT of tears over him these past six years, but now-though I still miss him everyday-I can smile when I see and hear about him. Try and remember the goofball hidden within the depths of the beautiful artist. I do! ðâ¤ï¸â¤ï¸ pic.twitter.com/YpdNkBNS8V

Twitter users have also enjoyed taking a trip down memory lane as they shared how ‘perfect’ he was in particular for both the role of Professor Snape and the husband everyone loved to hate in Love Actually.

‘Alan Rickman was the perfect Severus Snape,’ tweeted one fan alongside a clip of director David Yates, praising the actor’s talents.

‘There’s a way that Alan uses words and the space between words which make you hang on every breath and every pause. I think Alan is wonderful in the way he’s kind of made Snape who he is,’ the director said.

‘If Alan Rickman is in the movie, don’t matter for how long or what his character does, HE is my favorite character. yes, even in Die Hard. YES even in Love Actually,’ tweeted one fan. 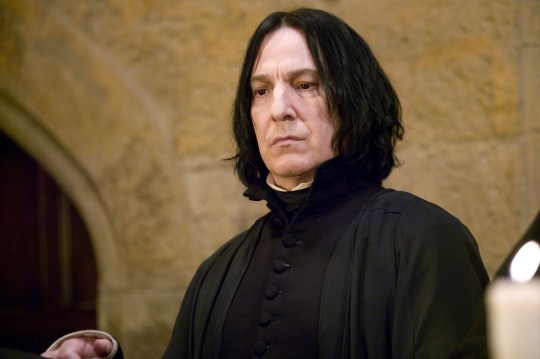 No one else could’ve played Snape (Picture: Murray Close)

As well as his roles in the magical franchise and classic rom com, Rickman gained international acclaim for his role as Hans Gruber in the action film Die Hard.

Most recently, the Harry Potter cast paid tribute to their beloved friend and colleague in their 20th anniversary special.

Harry Potter: Return To Hogwarts aired last month on HBO to honour the series and the wonder it has created since it premiered.

Ralph Fiennes – who played Lord Voldermort – revealed in the special that he felt intimated by Rickman’s ‘precision and expert delivery of lines.’

The tear-jerking segment – which also remembered other late cast members – concluded with the message that read: ‘In loving memory of,’ which followed the names of stars that were associated with the fantasy film.

The reunion can be streamed on Sky Showcase and NOW TV.