The captain’s dreams of lifting the trophy and ending 55-years of hurt were dashed after Italy emerged victorious after 120 minutes of nail-biting football.

Captain Harry Kane consoles with Kate at the full-time whistleCredit: The Sun 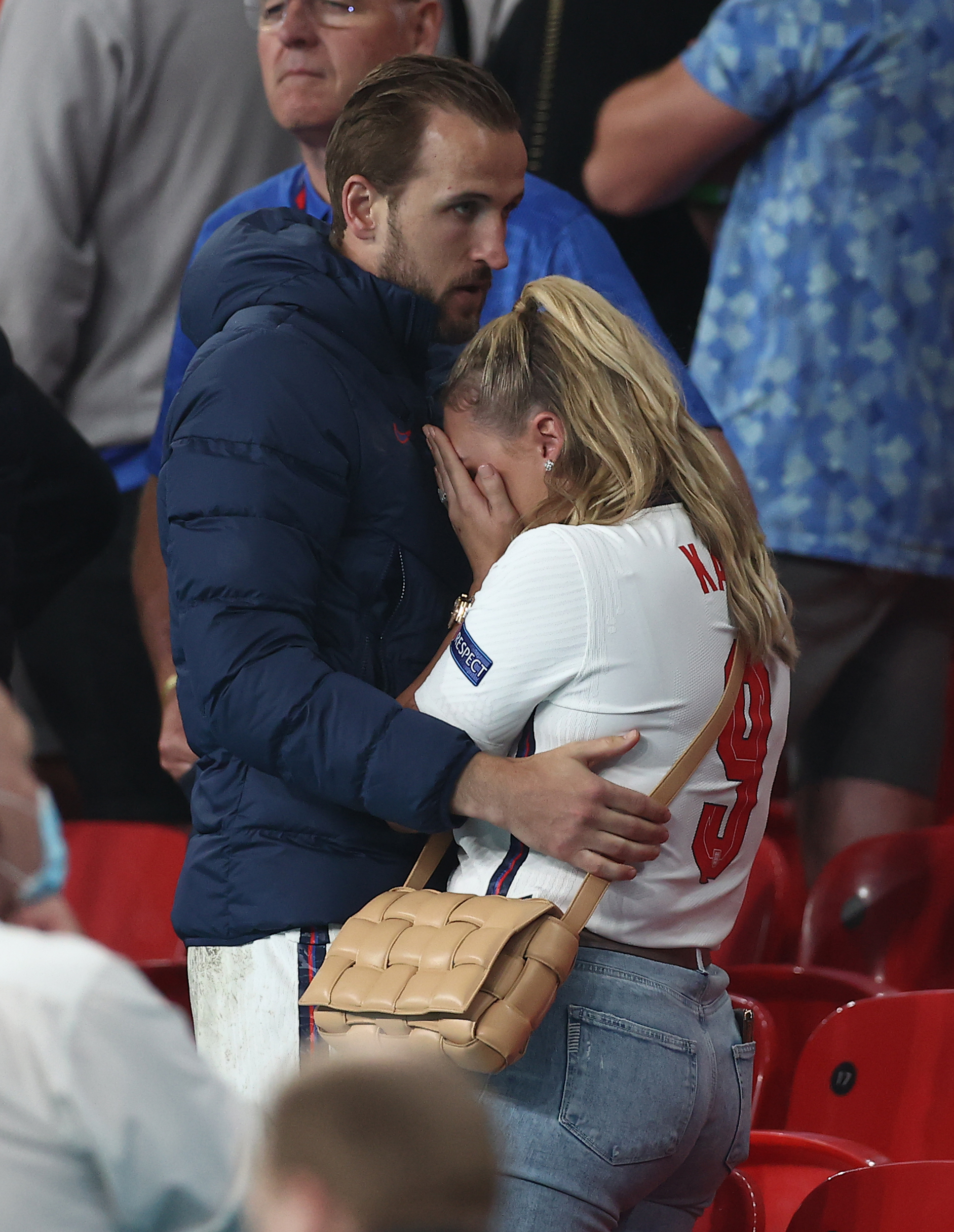 Gareth Southgate’s squad were understandably devastated at the full-time whistle with the likes of Declan Rice in tears.

Watching from the stands was Kane’s wife Kate who cut a distraught figure among the fans.

Pictures show Kane hugging his childhood sweetheart as she wipes away her tears.

Before the contest, Kate shared a heartwarming love letter to her husband saying how ‘proud’ she was of the Spurs striker.

Kane ended the tournament with four goals – one off the Golden Boot which went to Cristiano Ronaldo.

Speaking after the contest, Kane revealed how the penalty defeat was the ‘worst feeling in the world.’ 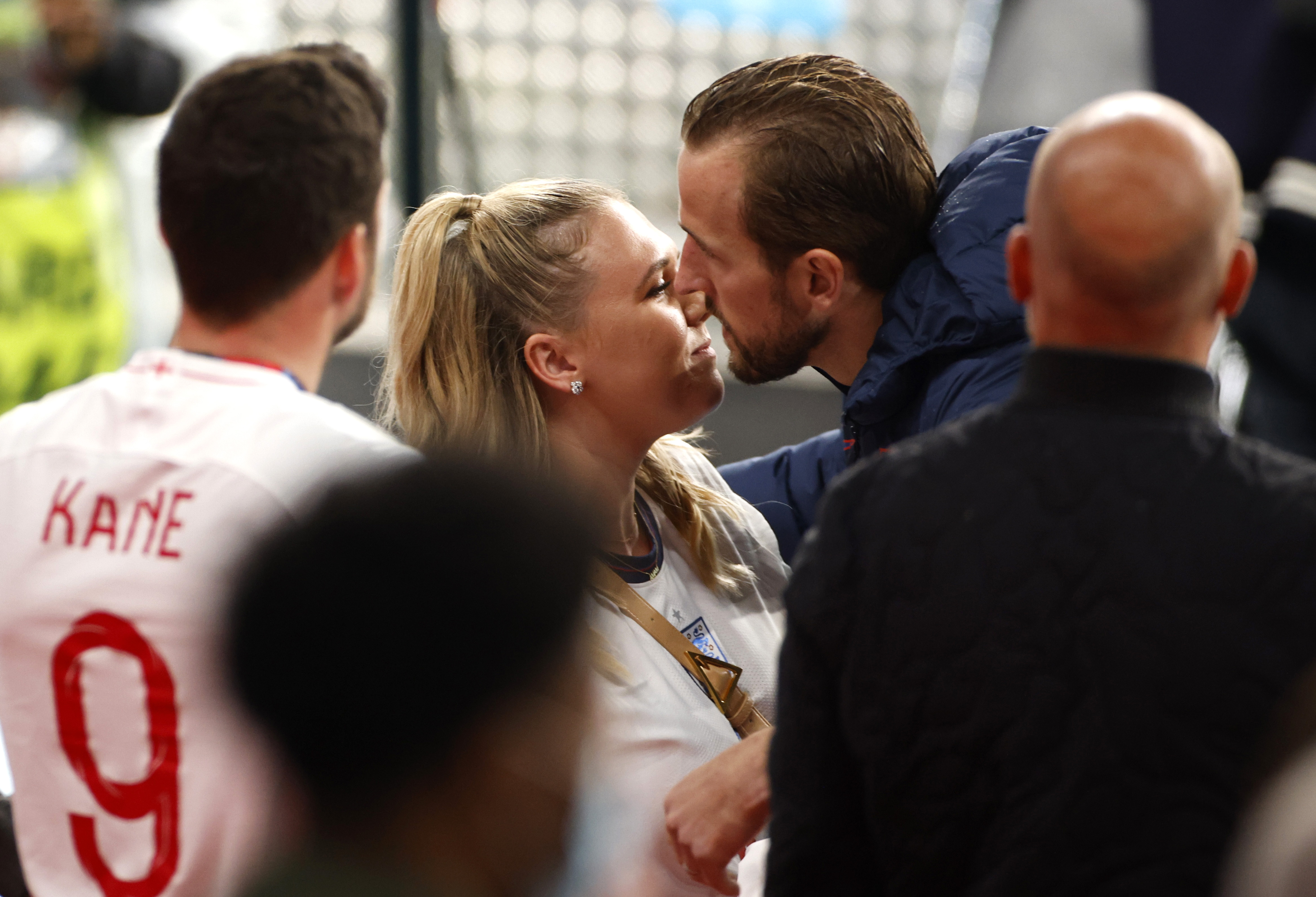 Childhood sweethearts Harry and Kate share a moment after the full-time whistleCredit: Reuters 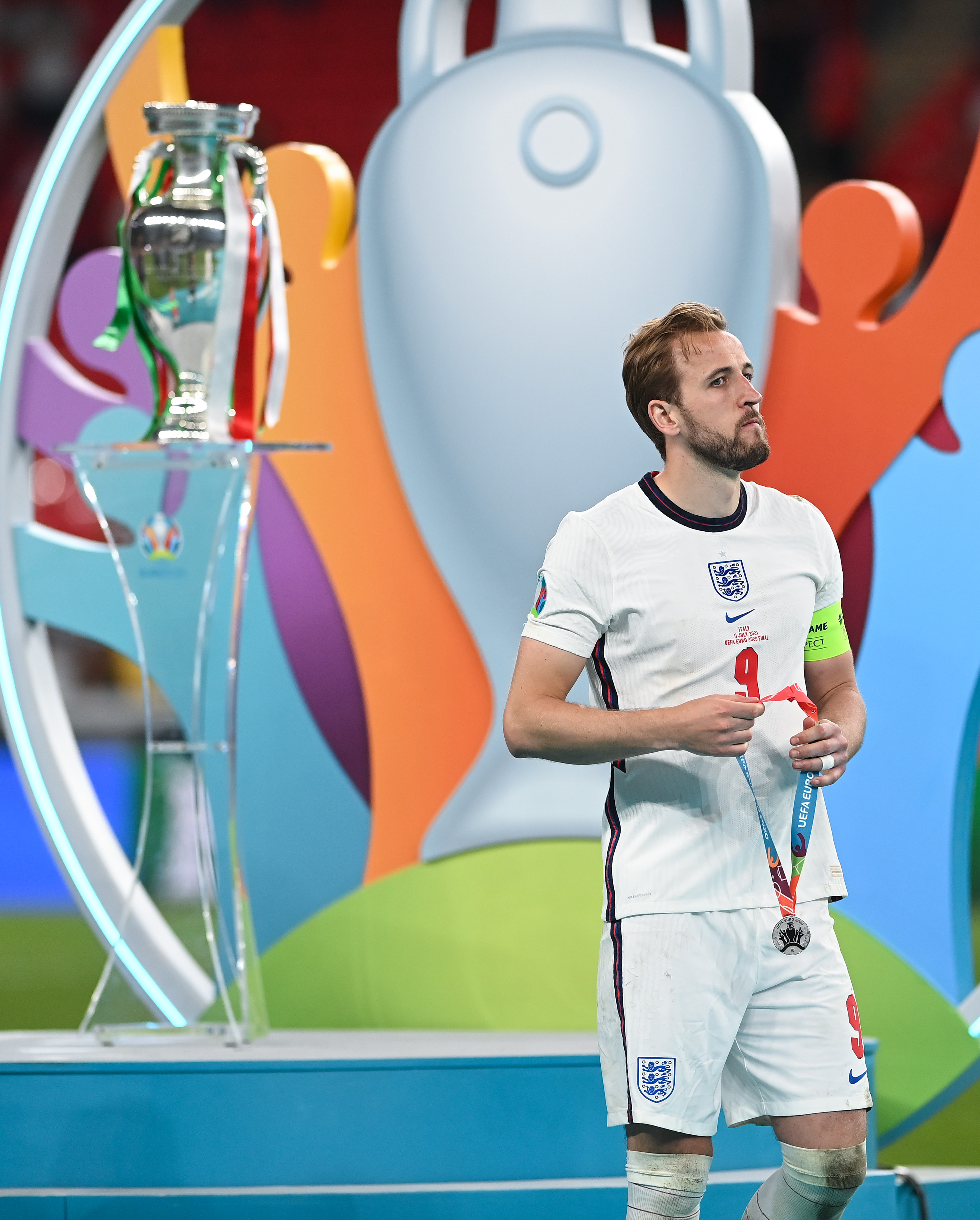 Kane cuts a distraught figure at the full-time whistleCredit: Getty

“It wasn’t our night but it’s been a fantastic tournament and we should hold our heads high.

“We should be extremely proud as a group of what we have achieved.

“We’re all winners and want to win so it will probably hurt for a while and it will hurt for the rest of our careers, but that’s football.

“We progressed well from Russia and now is about continuing that.”