Harrison Ford (left) has been replaced by Tommy Lee Jones (right) in The Burial (Picture: Getty/PA)

Tommy Lee Jones is set to replace Harrison Ford in Amazon’s upcoming movie The Burial after the actor had to drop out.

According to Deadline’s report, Tommy will now star alongside Jamie Foxx in the lead role which was going to be filled by Harrison, with Maggie Betts set to direct.

The Burial screenplay has been written by Doug Wright, with Amazon Studios, Bobby Shriver Inc. and Double Nickel Entertainment producing the upcoming drama based on the New Yorker article by Jonathan Harr with Jamie.

The Burial is based on the true story of a bankrupt funeral home owner who hires a flamboyant attorney to sue a rival businessman over a handshake deal gone wrong.

The 1999 article charted the contractual dispute brought against funeral home executive Ray Loewen by Mississippi businessman Jeremiah O’Keefe, who was awarded a total of $500million (£366m) by the jury, which would bankrupt the former’s company.

The reason for Harrison, 79, dropping out of the project has yet to be revealed but the actor is currently in the middle of filming for the fifth instalment of the Indiana Jones franchise. 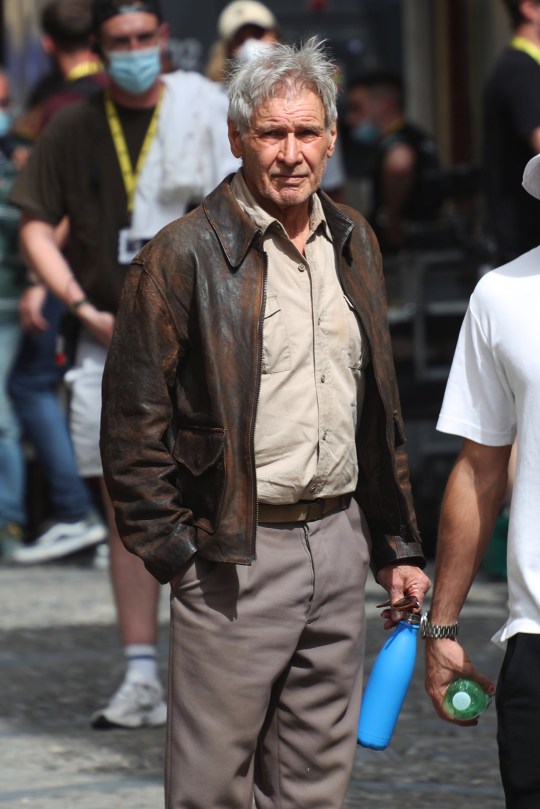 Harrison has recently been spotted filming in Sicily along with Mads Mikkelsen after returning from a three-month break in production.

Filming had been forced to be put on hold after Harrison suffered a shoulder injury, to allow him time off the high-energy movie to recuperate.

The star was soon seen riding his bike around London on the road to recovery, before filming resumed with him in the titular role.

The Burial will be released on Amazon, with the date to be confirmed.