Harrison Ford is said to be spending the next three months recovering from his shoulder injury (Picture: Rex)

Harrison Ford is said to spend the next three months recovering after injuring his shoulder while filming the new Indiana Jones film, causing further production delays.

The 78-year-old actor was forced to take a break from the fifth chapter of the action movie last week due to the hurting himself on set and may need to undergo surgery as a result.

Initial reports claimed that shooting on the blockbuster would not stop, however it’s now being said that filming will be put on ice for at least 12 weeks while Harrison recovers.

‘After the initial delays everyone was raring to go. But now Harrison is injured and it is worse than first thought,’ an insider revealed.

‘The film’s bosses have come together to work out the scheduling and it’s chaos. The earliest they think they can restart the production is September.’

The source added to The Sun: ‘It was not what anyone was expecting so to have to change everything is a huge blow. Everyone was concerned for Harrison and they are glad he is on the mend.’ 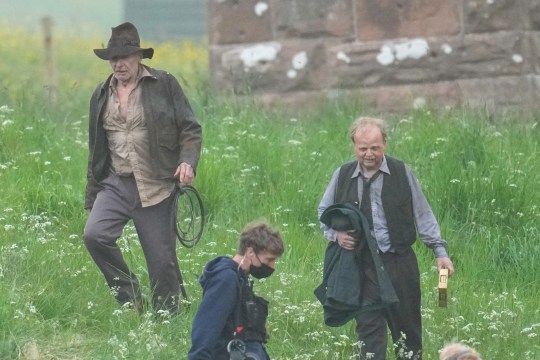 Production on Indiana Jones 5 has been postponed, according to reports (Picture: Rex)

Disney previously confirmed that filming schedules would be adjusted, releasing a statement which read: ‘In the course of rehearsing for a fight scene, Harrison Ford sustained an injury involving his shoulder.

‘Production will continue while the appropriate course of treatment is evaluated, and the filming schedule will be reconfigured as needed in the coming weeks.’

It comes 13 years after the fourth instalment in the series, with the first film being released in 1981.

The movie was originally slated for release in July 2019, but was pushed back until 2020, in favour of The Lion King remake, and then 2021 – but the Covid-19 pandemic ended those hopes, too.

Now, it is scheduled for release on July 29, 2022. However, this could be postponed.

Metro.co.uk has contacted Disney and Harrison Ford’s rep for comment.