Onto the next one! Hannah Brown gave fans a major update on her love life.

On Tuesday, December 22, the former Bachelorette, 26, took to her Instagram Stories to engage in a photo challenge with fans where she showed them a picture of a particular request. While Brown was asked to share photos from her college graduation to her days as a pageant girl, she also responded to a suggestion to share a pic from her “last date.”

The Alabama native replied by posting a selfie she took with a mystery man, who had a smiling face emoji covering his head. 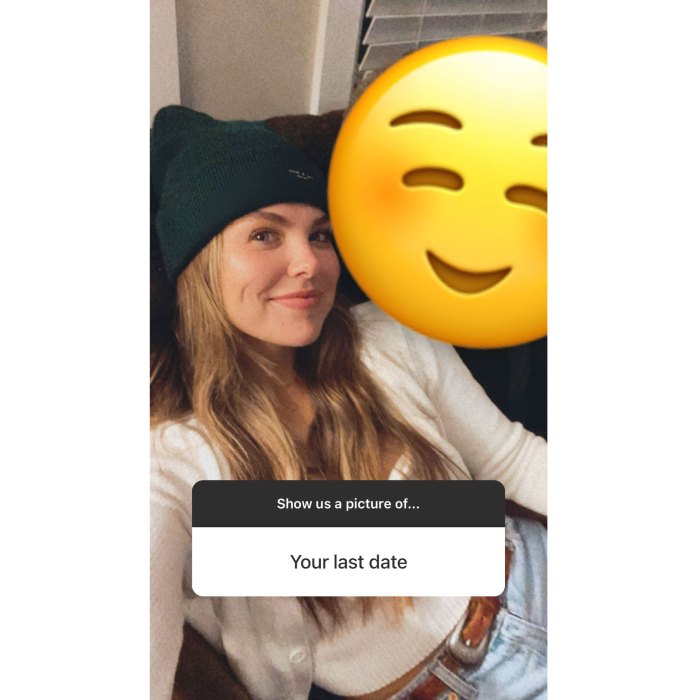 Brown also followed through with uploading a “sassy” pic of herself. For this challenge, she blatantly poked fun at her short-lived engagement to Jed Wyatt, whom she met on her season of The Bachelorette in 2019.

“This ring lasted longer than the real one,” she teased, as she shared a photo where she posed with a Ring Pop on her left hand.

Bachelor Nation devotees have gotten very acquainted with Brown’s love life. After being eliminated by Colton Underwood during his Bachelor season airing in 2019, she went on to become the season 15 Bachelorette. She got engaged to Wyatt, 27, during the finale before breaking it off after discovering he had a secret relationship when he joined the series.

The Dancing With the Stars champion then asked out her runner-up, Tyler Cameron, during the After the Final Rose special before he went on to briefly date Gigi Hadid. Although Brown and Cameron, 27, quarantined together at the start of the pandemic earlier this year, the pair intend to remain just friends. 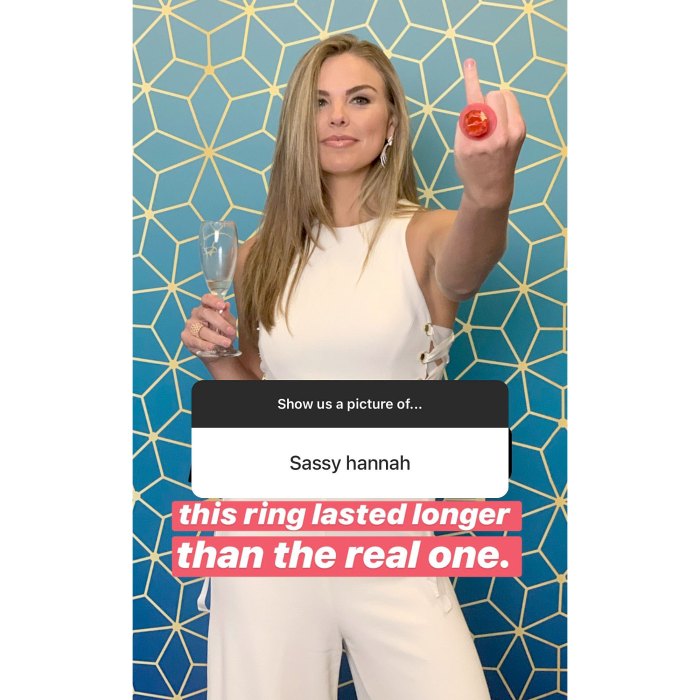 “We struggled, you know, with our relationship and trying to figure out what it is,” the Florida native told Us Weekly exclusively in October. “We’re in a great place right now with each other and it’s great to be able to hang out, you know, grab dinner, it’s fun. Hannah’s an amazing person and it’s good to be in a better place than we’ve been.”

Early last month, Brown revealed on her YouTube channel that she had begun dating again. At the time, she walked fans through three dates that she had with guys whom she met through a dating app. She also shared her hopes for her ideal partner.

“I want a man, not a boy who just has their crap together, can be a rock and be, like, super supportive of me,” she said on November 11. “But also, right now, it doesn’t really matter. I just want a cute guy to hang out with and take me on a date. It’s expensive out here. Somebody [who] can buy my drinks, my food, my coffee. I like coffee dates. I’m more into that. I think, like, a surfing date would be fun. Skateboarding? I don’t know. I just want it to be very relaxed.”