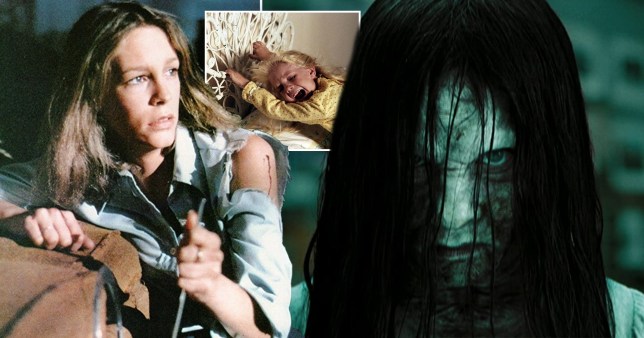 Halloween is going to be a very different celebration this year, with coronavirus restrictions putting a stop to parties, celebrations into the early hours and trick or treating.

But while staying in on the spookiest night of the year may not have been what everyone had in mind, it does mean that you have ample time to catch up on Halloween TV, or watch several haunting movies back to back.

The second week of Strictly Come Dancing falls on Halloween this year. However, while there is going to be a Halloween-themed group dance, the contestants and their partners will not be following the theme for their individual routines.

Sarah Jones, executive producer of Strictly Come Dancing, confirmed the omission of a Halloween-themed week last month, stating: ‘We will have Movie Week, and we will have Musicals Week. But we won’t have Halloween this year.

‘We have done a Halloween group number, but Halloween actually falls on the second week this year, so we thought it might be a bit early for a themed week.’

Here’s what’s on TV tonight if you fancy a fright this Halloween.

In the early hours of the morning, at 12.35am, BBC One will be showing the 2002 remake of The Ring, starring Naomi Watts as a journalist who is investigating a videotape that appears to cause people to die seven days after watching it.

Just don’t freak out if you hear your phone ring.

At 11.10pm this evening, the 1982 supernatural horror film Poltergeist is playing on BBC Two.

Watching a film about a family being tormented in their home by demonic ghosts may make you jittery, but just remember – it’s not real.

In the mood for a heartwarming dose of nostalgia? At 10.25pm, BBC Four is taking a trip to the past with a throwback TOTP2 Halloween special, featuring some of the ‘spookiest’ Top of the Pops clips from over the years.

As if knowing nothing about the preparations for your wedding wasn’t bad enough, at 7pm tonight, tune into 4Music to watch a double bill of Don’t Spook the Bride, a Halloween-themed version of Don’t Tell the Bride.

If you’ve never watched Fear The Walking Dead but haven’t been meaning to, then today’s your lucky day, as immediately following Don’t Tell the Bride, 4Music is showing the entire six-episode first season.

The series was launched in 2015 as a prequel spin-off to The Walking Dead. 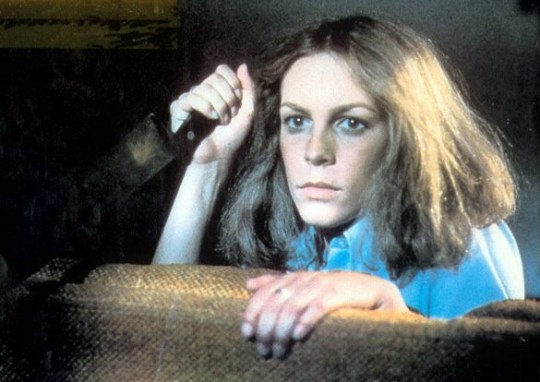 Jamie Lee Curtis holds a knife in a scene from the film ‘Halloween’, 1978. (Photo by Compass International Pictures/Getty Images)

Film 4 will be showing several Halloween-worthy films on the evening of 31 October into the early hours of the morning, starting with the 2011 sci-fi film Super 8, directed by JJ Abrams.

The film follows several young teenagers who witness a train crash, which results in a menacing presence being released in their town.

At 10.45pm, Jamie Lee Curtis’ debut film, Halloween, is being shown, followed by the 1988 horror film They Live, both of which were directed by John Carpenter.

If you enjoy haunting Halloween TV with a dash of absurdity thrown in, then you watch Tim Burton’s 2012 film Dark Shadows, starring Johnny Depp, Helena Bonham Carter, Eva Green and Michelle Pfeiffer, at 6.50pm on ITV2.

Intrigued by real-life tales of paranormal activity? Then tune into Really at 9pm, where you can watch the Ghost Adventures Halloween Special: Curse of the Harrisville Farmhouse.

The episode sees the crew travel to an eerie 300-year-old farmhouse in Rhode Island, USA, which is said to be the location of the famous Perron family haunting.

No matter how many years pass, the stories of the blood-sucking Dracula and the ill-fated Frankenstein monster will always stand the test of time.