Halle Berry will not be erased from Catwoman’s legacy (Picture: WireImage)

The Batman trailer recently treated us to our first tangible glimpse at Zoe Kravitz making her debut as DC Comics’ iconic Catwoman.

She’ll be the latest in a long line of actresses who have portrayed Selina Kyle, following in the footsteps of the likes of Anne Hathaway and Michelle Pfeiffer as she stars alongside Robert Pattinson in Matt Reeves’ upcoming blockbuster.

As the internet buzzed over Kravitz’s contribution to the Catwoman legacy, online commentators naturally reminisced over the stars who have gone before her. Particularly, the debate turned to whether Halle Berry was worthy of being considered in the same vein as the Catwomen who starred in the main Batman blockbusters.

When the Monster’s Ball actress took her turn playing Catwoman in 2004, she wasn’t actually playing the traditional character of Kyle but a loosely-based version. Halle’s depiction of the superheroine was inspired by the DC Comics’ Catwoman and used the name Patience Phillips rather than Kyle.

The movie was heavily panned and even won two Razzies – for worst film and worst actress – which Halle accepted in person like a true champ two years after she won the best actress Oscar.

Even if for the wrong reasons, Halle’s tenure as Catwoman is one of the most memorable and the bottom line is: she still played her. 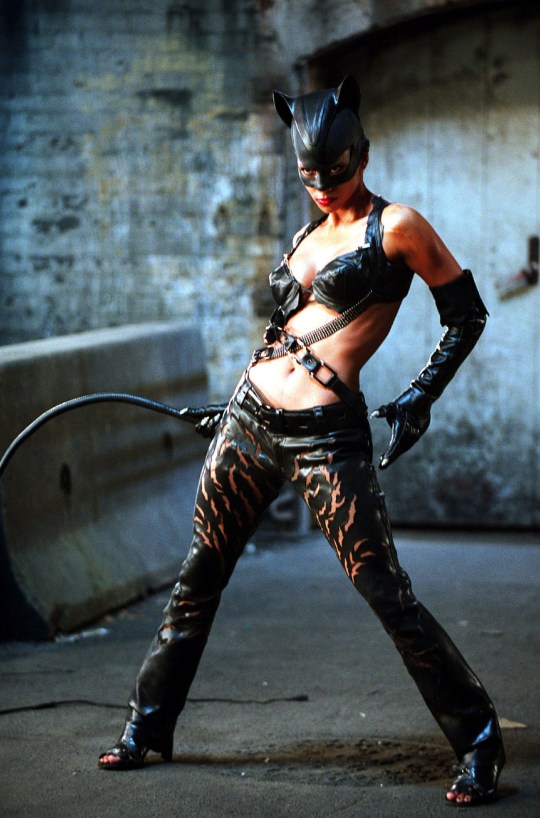 She portrayed the character in a 2004 standalone movie (Picture: Rex Features) 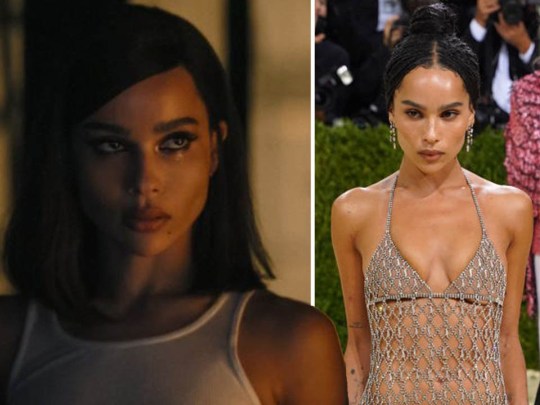 Zoe Kravitz will be portraying Selina Kyle in the upcoming The Batman (Picture: Getty, DCEU)

Some of the justifications those online have made for not including her in their Catwoman round-ups have been that she didn’t portray the Kyle version of the character and that the movie was, in their opinion, terrible. However, regardless of which way they try to swing it, it’s still ultimately the erasure of a Black woman in Hollywood.

As one Twitter user sarcastically summed up the opposing argument: ‘Catwoman is not Catwoman got it.’

Unfortunately, Halle isn’t the only Black woman whose performance as Batman’s love interest has been long forgotten.

Eartha Kitt, the silky-toned singer best known for Christmas classic Santa Baby, played Catwoman in the late 60s long before we became familiar with the more modern iterations. She took over the role in season three of the TV series Batman and has long been a fan-favourite for her unique sass.

Sanaa Lathan, who is currently starring in HBO’s Succession, has voiced Catwoman since season 1 of the HBO Max animation Harley Quinn.

Late Glee actress Naya Rivera, who was of mixed heritage, voiced the character in one of her final roles before her death in 2020.

Some of these performances may be too recent to determine exactly where they fall in the legacy, but you’d still be hard pressed to find any acknowledgement of their contribution to the role.

The erasure of Black women in Hollywood isn’t new and has presented itself in various forms.

It could be the subtle removal of Black actresses from legacy discussions, like we’ve seen with Halle and Kitt, or it may even branch over into colourism with dark skinned Black women replaced by actresses with lighter skin as we saw with the controversy of Zoe Saldana playing Nina Simone in a biopic.

Or, it could be a network or studio simply not casting women of colour in non-race specific roles.

Hell, even when they do play the role, they’re omitted from celebratory discussions until a Black person points out that erm, hello, they deserve to be a part of the legacy too.

Halle clearly thinks she deserves a seat at the table. When it was mentioned that she was being erased from the Catwoman legacy, she shared a meme of the Real Housewives asking: ‘Who said that?’ 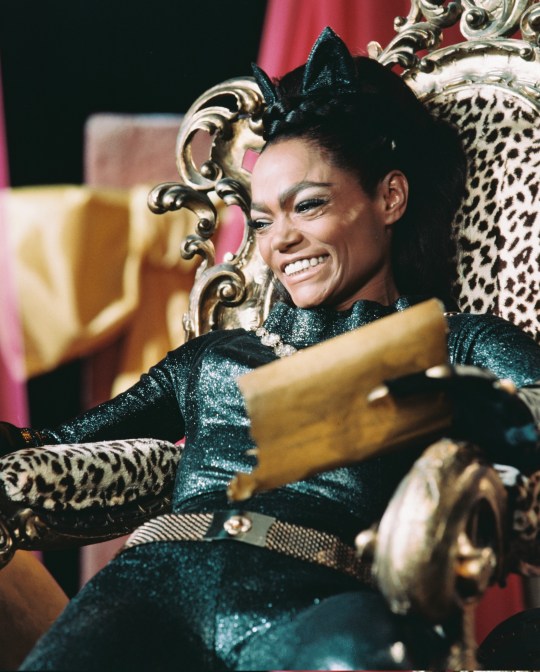 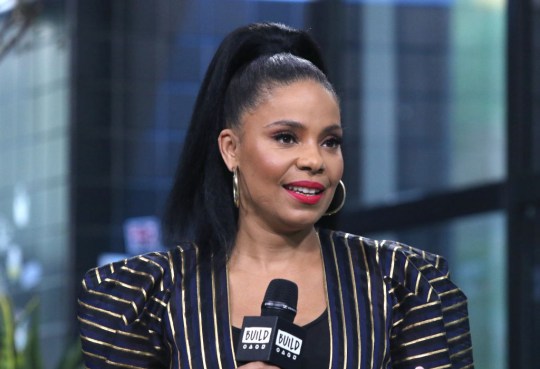 Another argued: ‘Er… not to take anything away from the exquisite MS. KITT, but Catwoman was always conceived as a White woman in the comics. If I’m not mistaken, her stint as Catwoman was proceeded by and followed after by a White actress. HALLE BARRY’s Catwoman was an original character [sic].’

If we’re using the fact that Halle’s Catwoman isn’t part of the main Batman universe, then with that thinking…

Is Joaquin Phoenix’s take on the Joker in the 2019 standalone movie any less a part of the Joker legacy than Heath Ledger who famously played him in the main franchise?

Just to be clear, the answer is a solid no.

Many fans love Catwoman because she’s one of the few diverse superheroines played by multiple women of colour. Therefore, the talk of erasing Halle from the legacy for whatever reason is a disservice to the beauty of the character.

Let’s not just give Halle a seat at the table, let’s also push it in, and maybe future Catwomen such as Kravitz and Anika Noni-Rose will be given kinder treatment.