Filling out her bridal party! As Gwen Stefani gears up for her wedding to fiancé Blake Shelton, she knows exactly who she wants standing beside her on her big day.

During an appearance on The Ellen DeGeneres Show on Wednesday, March 17, Ellen DeGeneres asked whether the “Slow Clap” singer, 51, needed help in making sure the ceremony goes smoothly.

“You haven’t been here since you’ve been engaged,” the comedian, 63, said. “What’s happening with the wedding planning? I know Miley Cyrus said that she would sing at your wedding. Is there anything I can do?” 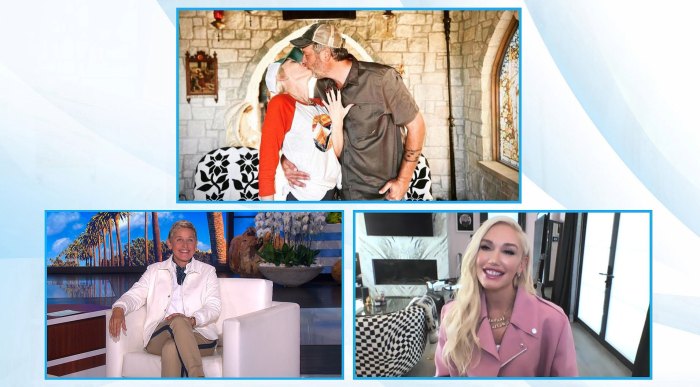 Stefani responded, “I was thinking about that a lot and … I was picturing, like, a mauve, like, bridesmaid [dress for you]. Maybe maid of honor, you know? We can put some extensions in, and we can … make it full, like, full flower arrangements. All that stuff.”

DeGeneres told the No Doubt frontwoman that she “will be there” to support her. “I don’t mind doing any of that for you because you’re my friend and anything you ask, I will wear,” she explained. “I will put extensions in my hair. Anything at all. That’s how much I love you, Gwen.”

Us Weekly broke the news that Stefani and Shelton, 44, began dating in 2015 after their respective divorces from Gavin Rossdale and Miranda Lambert. After five years together, the Voice coaches got engaged in October 2020.

“@blakeshelton yes please,” the “Hollaback Girl” singer captioned a pic of their engagement announcement via Instagram, while the “God’s Country” crooner wrote alongside his own celebratory post, “Hey @gwenstefani thanks for saving my 2020 … And the rest of my life … I love you. I heard a YES!” 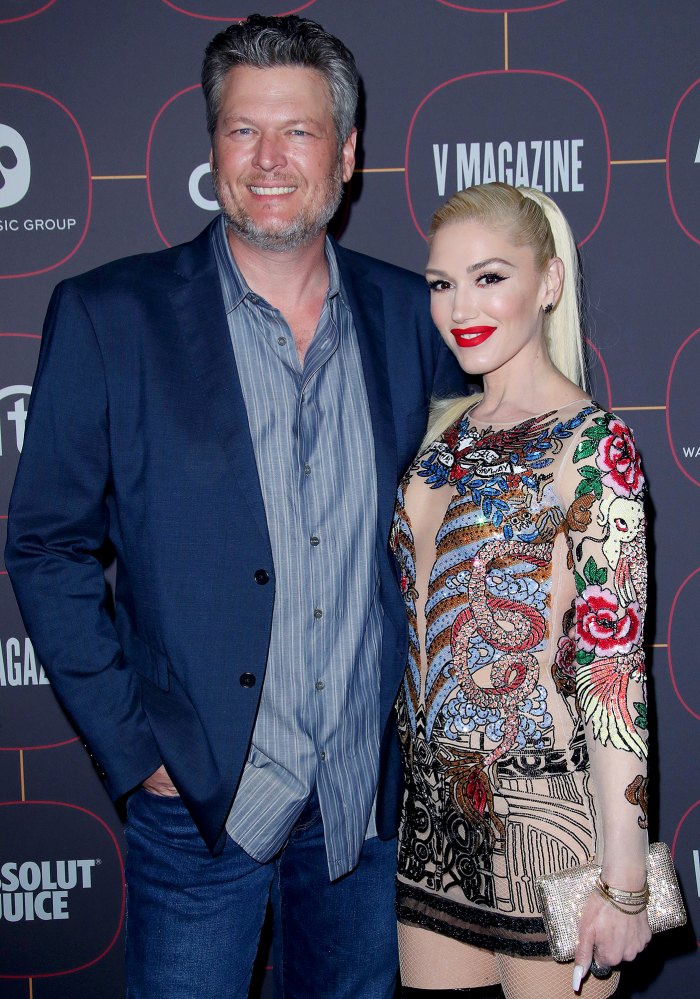 A source later told Us exclusively that the longtime couple will “most likely” tie the knot sometime this year in an intimate ceremony. “Blake built a chapel on the grounds of his Oklahoma ranch. He did it himself with help,” the insider revealed. “It’s really a tribute to their love.”

The “Prisoner” singer tagged Shelton and added, “I’ll be your wedding singer! I promise to be on my best behavior. Or worst. whatever you want! It’s your special day! Cheers to loving you both almost as much as you love each other!”

The Grammy winner, in turn, responded, “Thanks puppy.”

The California native — who shares sons Kingston, 14, Zuma, 12, and Apollo, 7, with Rossdale — revealed the one thing that she has to have for the pair’s upcoming nuptials.

“I would say I just want my parents there at this point,” she shared during an On Air With Ryan Seacrest interview in December 2020. “My parents wouldn’t come to Thanksgiving because they were so scared [about the pandemic], so really would rather it not be a COVID situation. I would rather not have masks and that kind of thing.”