When Metro speaks to Andy Cato, he’s on his way to play the Blue Dot festival in Cheshire with Groove Armada. He’s very pleased that it’s a warm, sunny day, though not only for the obvious reasons.

‘We’ve managed to get some harvesting done,’ he says. If you’re the co-founder of an award-winning mixed arable and livestock farm, as well as one half of a chart-busting dance-music duo marking their 25th year in the game, that’s important.

Right now though, Andy’s farming hat is off and his revelling hat is well and truly on – Groove Armada are playing a run of outdoor shows that end on August 27 with a headlining set at Scorrier House, on a country estate in Cornwall.

It will be the very last time that Groove Armada perform with a live band.

Andy and his partner Tom Findlay have called time on the band set-up before, in 2010. They were dispirited by trying to compete with boshing sets from solo DJs/producers, when they’d spent a ton of time and effort figuring out how best to play dance music live. 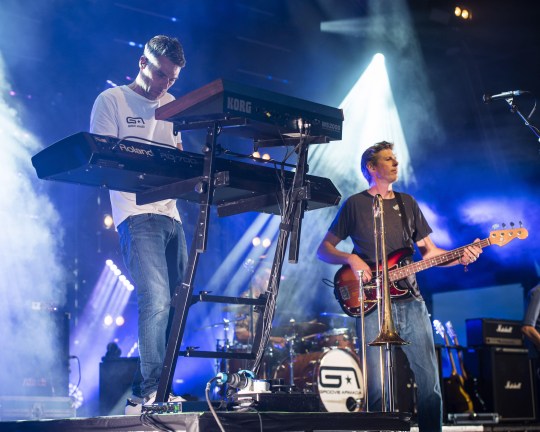 Tom and Andy have headlined festivals such as Bestival (Picture: David Jensen/EMPICS Entertainment)

‘It was the first rise of EDM-style music,’ recalls Andy, ‘so we were finding ourselves on these big stages where people before and after us were just hammering the crowd with this high-energy Euro stuff.

‘And in between we were trying to play quite a deep selection of tunes, with a live band.’

Always being programmed on dance stages was an added frustration, especially circa Black Light, their band-friendly electro-pop album.

The duo’s thinking, Andy says, was: ‘These gigs have always been amazing. We’re not going to let them go below amazing, we’re going to stop’.

What brought Groove Armada back with the band for this summer run, which also included some venue dates in June, was the camaraderie and sheer fun of the ride. 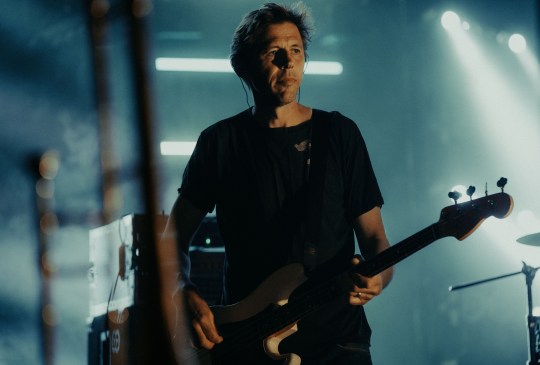 ‘The group of people who we do these gigs with – both musicians and the crew – are our best mates and we’ve been through 20 years of adventures with them,’ Andy explains.

‘We were just seeing them socially and it was such good fun we thought, oh, just a few more gigs. And then we were off again.’

He’s adamant that August 27 is the final bow, though.

‘I do think it’s important to know when to stop and to be on the right side of history when you say, “OK, we’re going to call it a day.”

‘We could definitely go a bit longer and some days we ask ourselves what we are doing. But I think in a few years we won’t regret it.

‘Also, we’re pretty hungry to get back to focusing on DJing and making house music, because we love that, too.’

While Andy was digging deep into his new agricultural vocation, Tom Findlay was training as a CBT counsellor and he now works in the NHS. Both men also have families.

This means that Groove Armada is no longer the number one priority in their lives. Also, at its core, dance music is all about the experiential buzz and surrendering to the moment, which isn’t a sustainable lifestyle, long-term. 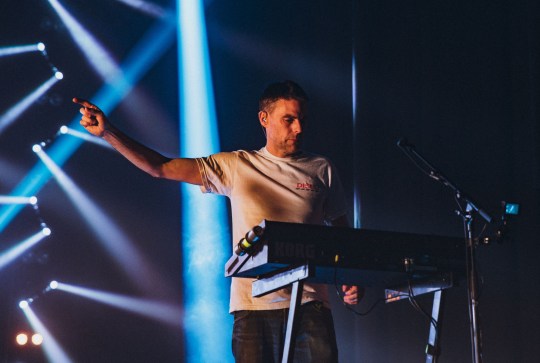 Tom has retrained as a CBT counsellor and now works for the NHS (Picture: Michal Augustini/Shutterstock)

How have the pair reconciled themselves to those changes, a quarter-century on?

Andy reckons the timing of their rise helped: ‘When things were at their peak and we were high-rolling a bit, we were on a really nice cusp of having big enough tunes such that we got to travel to amazing places and have amazing experiences doing gigs, but we were anonymous enough to be able to enjoy all aspects of it.

‘We’d go from doing a festival gig to 100,000 people to turning up at an afterparty and DJing in someone’s front room. There’s so many people you see on the road who just go from five-star hotel to DJ booth, a glass of champagne and back again.

‘[Our experience] couldn’t have been further from that and we were very lucky to have done it in an age before mobile phones, when there was a more total freedom to it all.

‘Everything’s different now, but that fundamental understanding of the now-ness of dance music is something that’s so ingrained [in us], it just doesn’t go away.’

Looking ahead to Groove Armada’s final band set at Scorrier House, Andy says that during the weekend he plans to meet up with some ‘fantastic farmers’ who live nearby.

Aside from that, ‘all of us just want to get on site. In our mind’s eye, we’re gadding around in the sunshine, having some cold lagers and savouring every moment. Let’s hope it works out that way!’