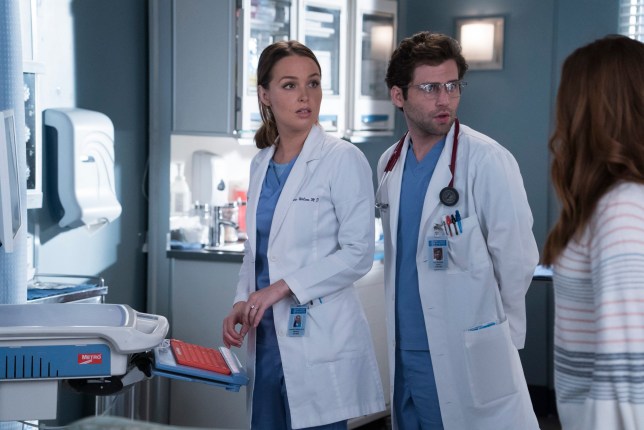 Jo Wilson and Levi Schmitt will help each other through the tough times to come in Season 17 (Picture: ABC via Getty Images)

Grey’s Anatomy season 17 will see Jo Wilson (Camilla Luddington) and Levi Schmitt (Jake Borelli) return to our screens along with our favorite doctors on the medical drama.

After season 16 was cut short due to the coronavirus pandemic, fans were left with huge question marks about how life was going for many of the beloved characters.

Schmitt was deep in the pain of his breakup from Nico Kim, while Jo was trying to move forward after Alex Karev’s shocking move to get back with his ex-wife Izzie Stevens.

Speaking to Metro.co.uk about the BFFs in the new season, Jake explained: ‘Schmitt definitely went through a really hard breakup right before the pandemic.

‘That’s hard anyway because when you enter into this new world that can oftentimes feel super lonely. But the silver lining is this new friendship with Jo Wilson.’

‘They are able to sort of hold each other together in this new world and lean on each other. It’s one of my favorite storylines that we’re getting to do in season 17.’

The actor then gushed about working alongside his co-star as he added: ‘She is wonderful. We have so much fun together. As actors living through a pandemic, it’s really nice to have each other and to get to bring some levity to this very sort of dark timeline line out. I think that that’s going to be reflected in our on-screen relationship as well.’

Jake also told us how the show managed to use the scenes they’d filmed for the final episodes of S16 in the new season’s premiere.

Grey’s Anatomy returns with a two-hour premiere on November 12 on ABC and is available to stream on Prime Video in the UK.